Pic of the Day: Golden Falls 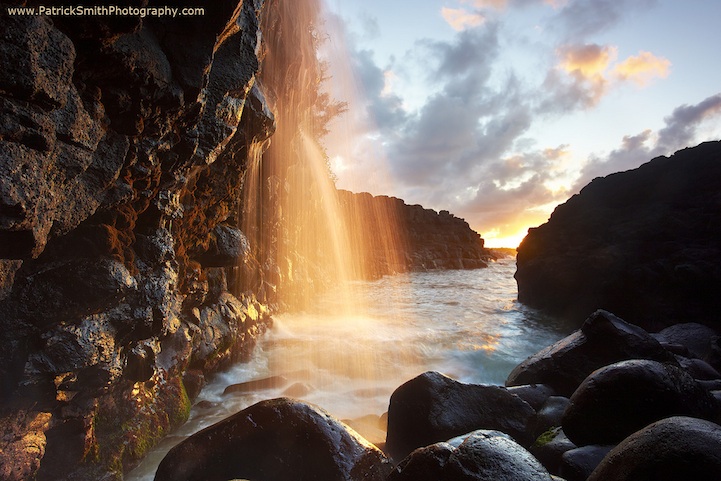 Today's pic of the day comes to us from Patrick Smith who took this magnificent photo of a glowing waterfall at Queen's Bath in Kauai, Hawaii. He had to position himself in just the right spot to get this shot.

“From a trail near the Princeville hotel, you gain access to some incredible coastal scenery including a large lava swimming pool called ‘Queen's Bath' but on this evening I wanted to capture these falls as they enter the ocean as they are lit by the last rays of the sun. The falls do not show up well in photographs unless the golden sun is striking them during the summer. I had to get into a small area under a lava ledge and stand on extremely slippery rounded rock at low tide to get this view. The best time to shoot this (because of the angle of the sun hitting the water) is probably the summer.”