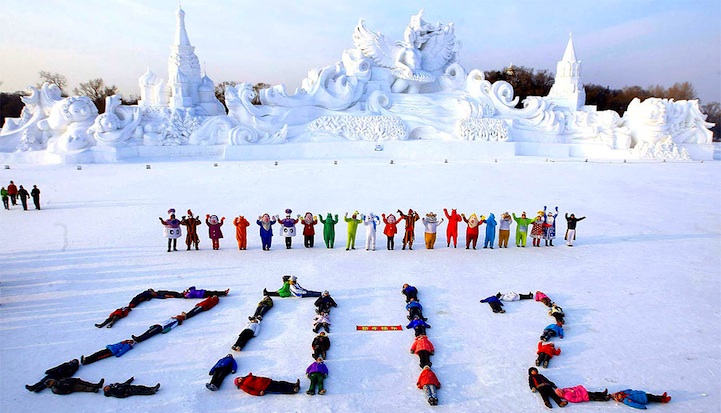 To celebrate the upcoming year, children lie on snow to form the number “2012” in front of a huge snow sculpture in Harbin, China.

Now in its 28th year, the Harbin Ice and Snow Festival is one of the largest international ice festivals in the world with nearly 13 million visitors to it last year. It will officially kick off on January 5 and it lasts until the end of February, weather permitting. (Can someone say “bucket list”?) You can check out some amazing images from this year's and last year's festival at Design You Trust. (You can also look through The Big Picture's photos of it from last year here.)

On a side note, this is the last post of the year. Thanks to everyone for making 2011 so memorable. Now, here's to a spectacular 2012!