Pic of the Day: Long Exposure of NASA’s Moon-Bound Launch 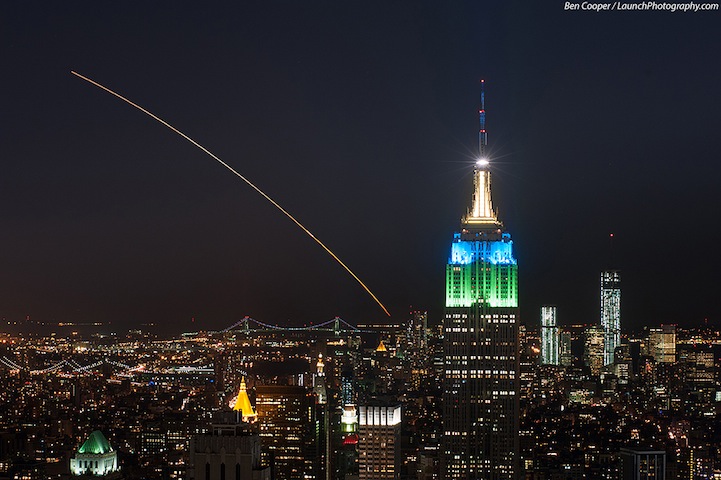 Just what is that streaking across the sky? On Friday night, September 6, NASA launched its newest robotic moon explorer LADEE (Lunar Atmosphere and Dust Environment Explorer). About 200 miles north of the launch pad, from the Top of the Rock observation deck at Rockefeller Center in New York City, one photographer named Ben Cooper waited patiently for this once-in-a-lifetime shot.

“I planned this months in advance and made a trip up to coincide with it (my family is up here) … From the Top of the Rock observation deck, the Minotaur was due to pop above the horizon from just left of the Empire State Building, a trajectory I calculated back in June,” Cooper said of the 55-second exposure. “I was amazed from 200 miles away at how bright it was, and how fast, though Minotaur is one of the fastest launch vehicles. The clarity in the atmosphere made it amazing even with light pollution. After covering 110 launches before this, this was my first where I was any further than even 10 miles away.”

LADEE's main mission is to study the lunar exosphere and dust in the Moon's vicinity.