Pic of the Day: My Life for Yours 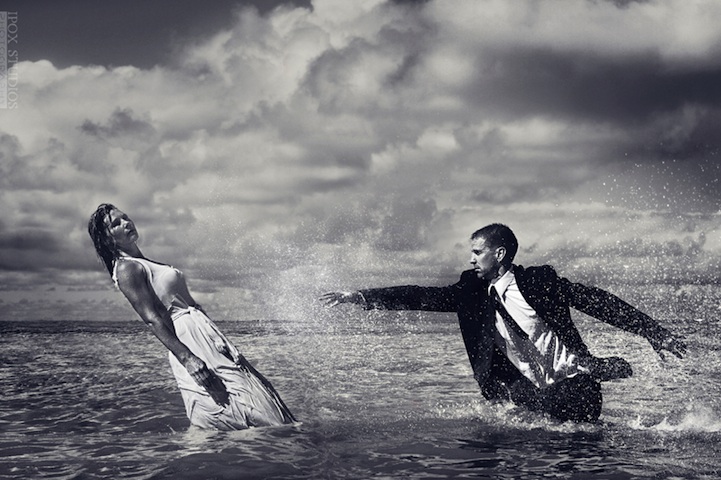 You've just got to love emotion-packed, storytelling photos like this. Today's Pic of the Day is by Tavis Glover of Ipox Studios and it's called My Life for Yours.

“The story behind My Life for Yours comes from a quick sketch I did in order to take advantage of a boat ride to a place called Sand Bar here in Hawaii,” Glover tells us. “It's in the middle of the ocean but only a few feet deep. It was my sister and brother-in-law's 15th anniversary and I wanted to take an amazing picture of them out by the boat. I sketched the idea, brought my suit, a dress, then headed out.

“The concept behind it is the husband is about to die, but the wife has a chance to save his life by sacrificing her own. She does this for him, against his will, and her lifeless body falls to the ocean. He rushes for her, reaching, but it is too late. She's gone.”

Talk about a memorable anniversary photo.