Pic of the Day: Reflection in a Snow Storm 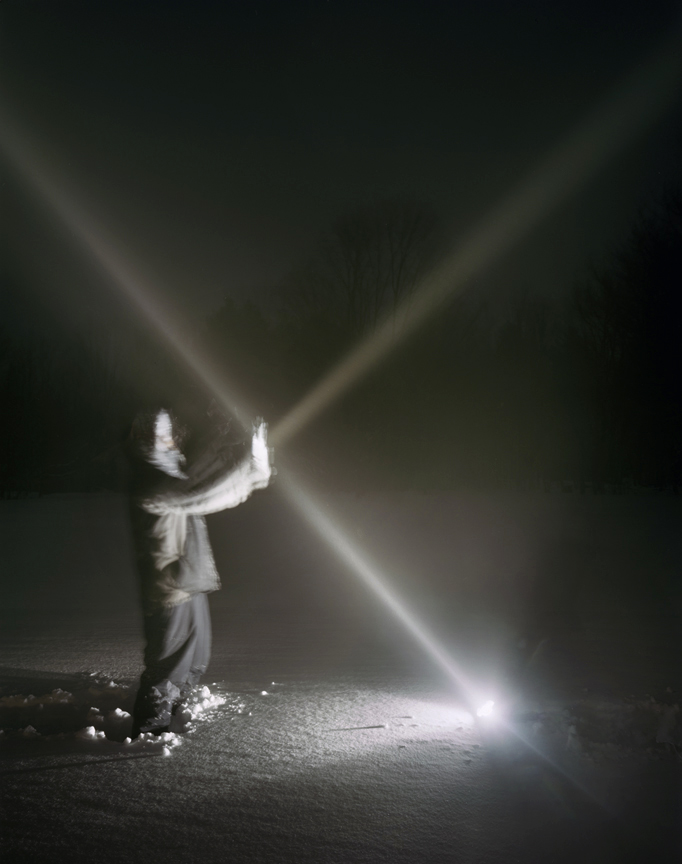 Photo-magician Caleb Charland just sent us this new image he titled Reflection in a Snow Storm. “It was made on December 26th, the night the blizzard swept through Maine,” he says. “I canceled plans to hang out with friends that night so I could take advantage of the white out conditions. I grabbed my equipment and headed to my brother's house in rural Maine. He has an old farm house with a nice big field behind it. That's where the image is set.

“I got there around 10pm and worked outside until 5am trying all sorts of ideas out. This image seems to be the most successful. The actual exposure was around 20 or 30 minutes, that's about as long as the rechargeable flashlight will last. I'm quite surprised at how perpendicular the reflection is to the main beam. Between the glare and the snow I had a hard time knowing if I was making any reflections at all. The scene around me looks devoid of any snow fall but in the high resolution version you can see snow streaking through the beam of light.”

Beautiful and amazing, as always.

Make sure to check out Caleb's other work here.