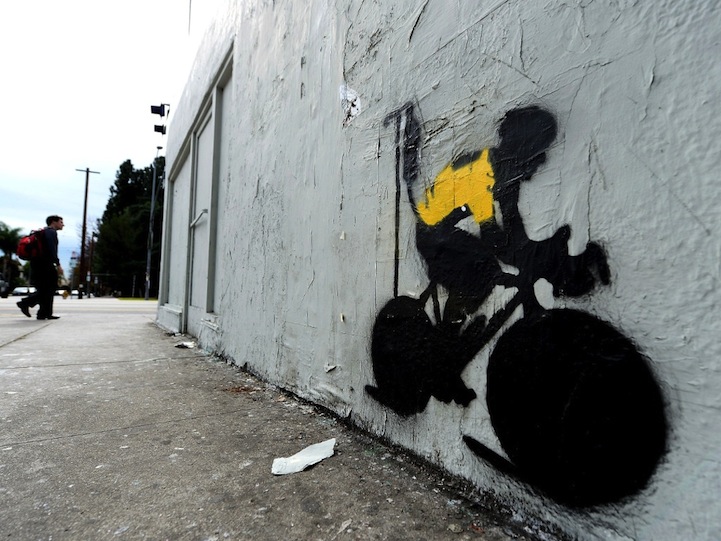 For many years Lance Armstrong was hailed as a hero, a survivor of cancer who went on to win the Tour de France seven times. His reign as a champion was not without controversy. Accusations of doping seemed to follow him wherever he went and the cyclist denied the claims vehemently, often calling his accusers names and even going as far as suing them successfully.

Just last week, in an exclusive interview with Oprah, Armstrong confessed to doping on each of his seven Tour de France victories. Many people question his motives and doubt that he has come clean on all of his claims. Through his actions, he has not only tarnished his own reputation, but even more tragically, a dark cloud has formed over his LIVESTRONG foundation and the sport of cycling itself.

Street artist Plastic Jesus took it upon himself to express how many of us feel through his latest stencil recently seen on Melrose Avenue in Los Angeles. Armstrong is depicted wearing a yellow jersey, signifying the leader of the group, with an I.V. strapped to the rear of his bike. As funny as the imagery may be to all of us, it's also a tragedy that an icon who so many have looked up to has now become the butt of a bad joke. 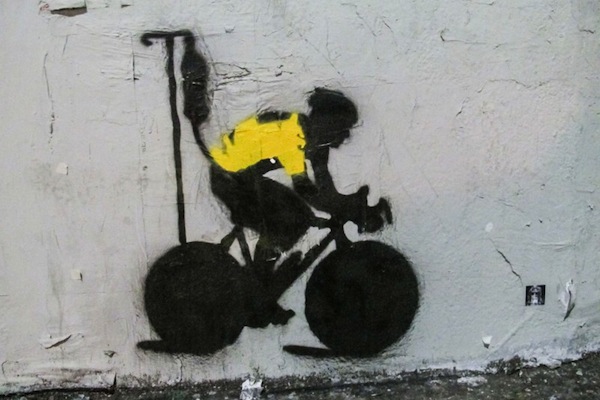 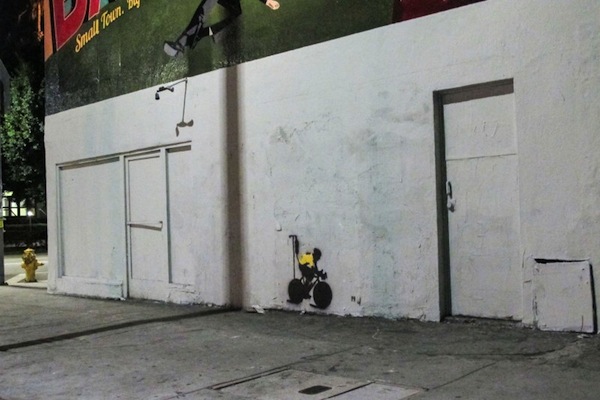