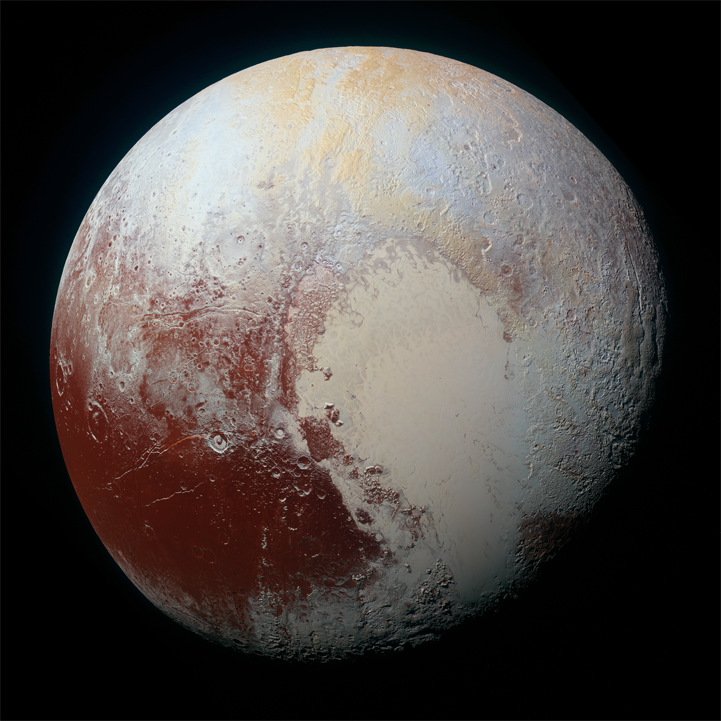 NASA has captured some incredible shots of the Pluto, showcasing the dwarf planet in ways we've never seen before. They were taken by the Ralph/Multispectral Visual Imaging Camera (MVIC) on the New Horizons space probe, which made history on July 14, 2015 as the closest approach to Pluto yet, at 7,800 miles away. The photos, taken during this flyby, have recently been released by the space organization.

NASA's images feature a variety of compositions. They're mostly in black and white, but some showcase rich colors like blues and reds. Images also depict zoomed-in shots and full portraits, too. Whatever their format may be, the details are awe-inspiring, and they highlight the diversity of Pluto's land forms, including its majestic mountains and icy plains, in addition to a setting sun and foggy haze. From these photos, it's no surprise that scientists are looking at Pluto in a whole new light, and so are we. Check out these spectacular shots, below. 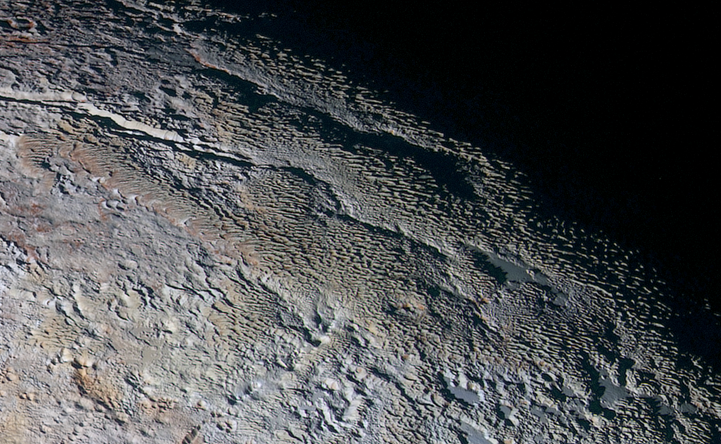 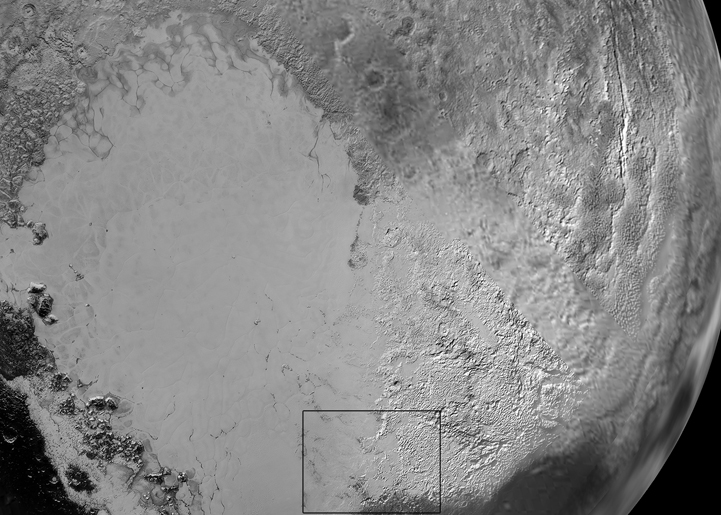 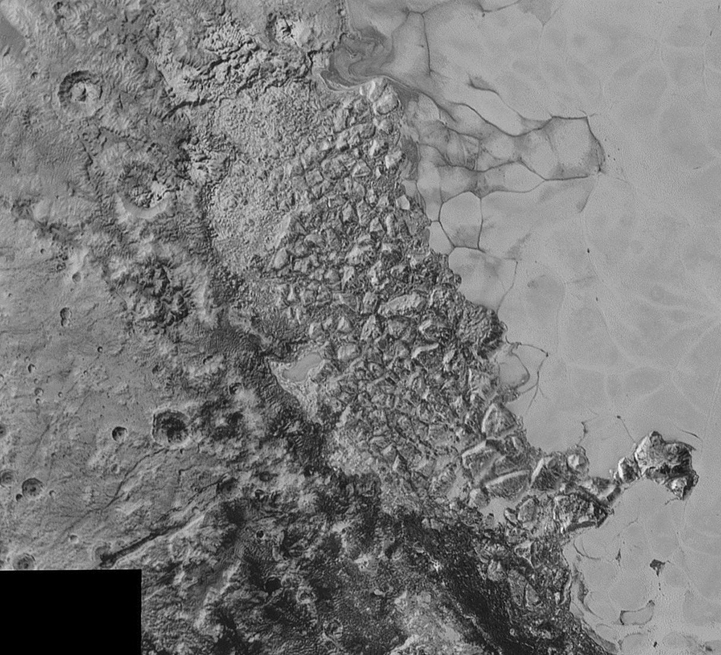 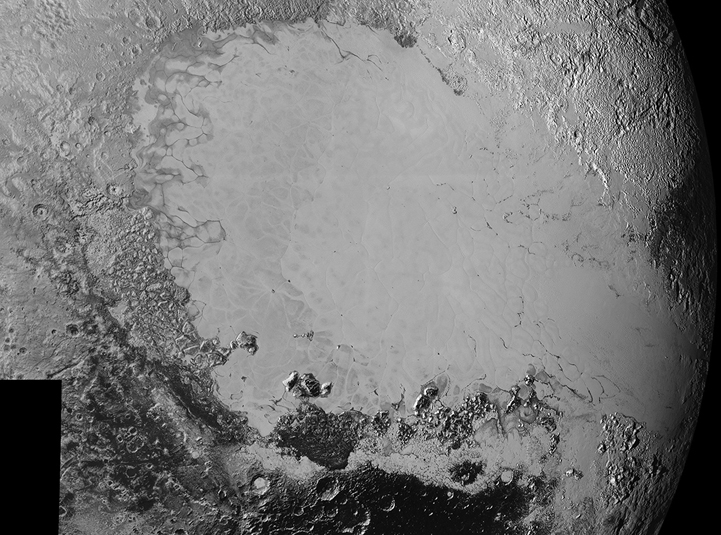 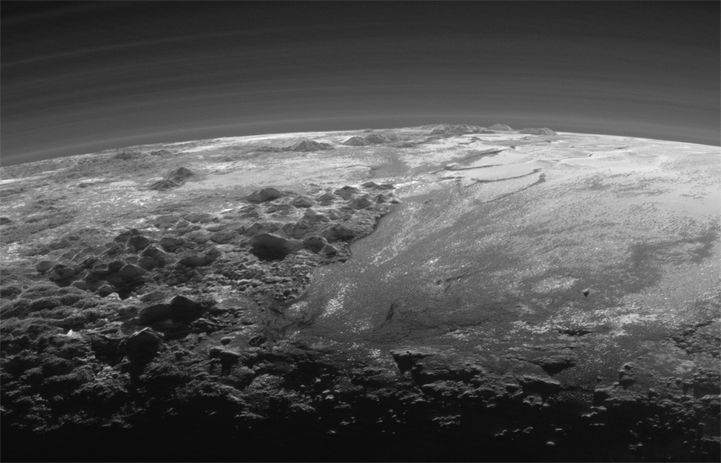 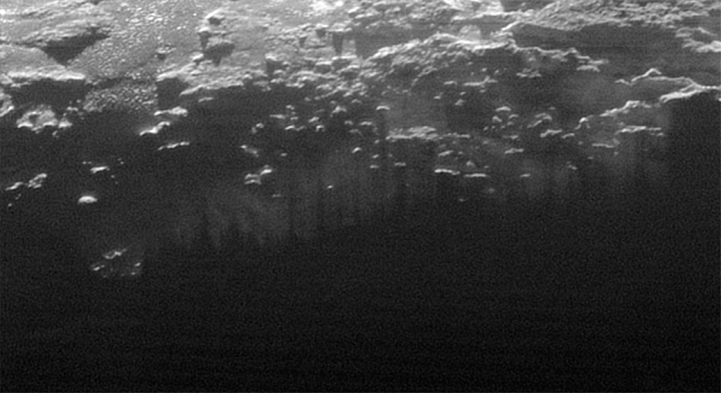 Haze or fog on Pluto 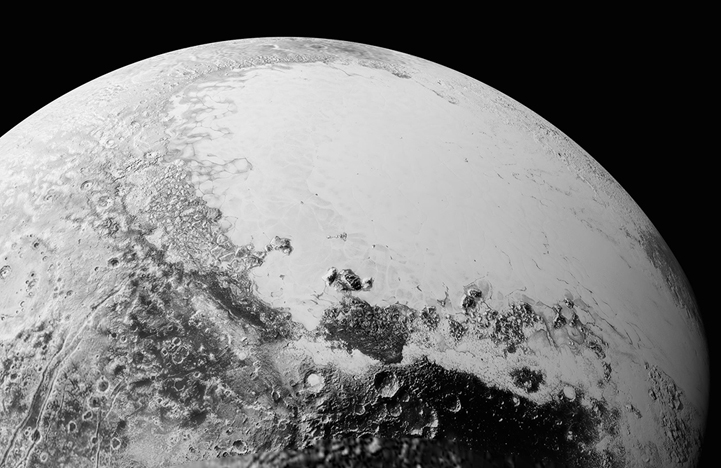