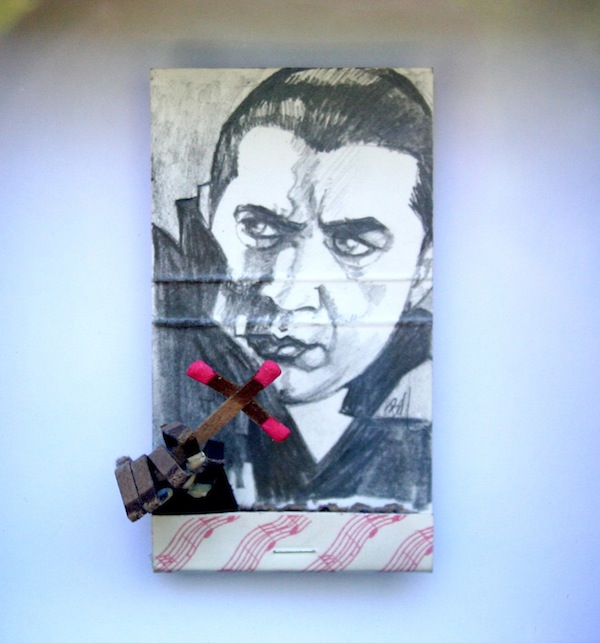 Who knew you could have so much fun with matches? After finding our post on pop culture cash, New Jersey-born and raised artist Mike Bell reached out to us to tell us about a similar project he'd thought we'd enjoy.

Bell memorializes some of our most well-known celebrities or fictional characters, like Elton John and Batman, by drawing their faces inside matchbooks and then arranging the stiff paper sticks inside as if they were the person's hands and fingers.

Take a look inside Bell's website and you'll find art and illustrations that all have that twinge of nostalgia and humor to them. He cites classic monsters, vintage toys, punk rock, and MAD magazine among other things as cultural forces that have shaped his art. 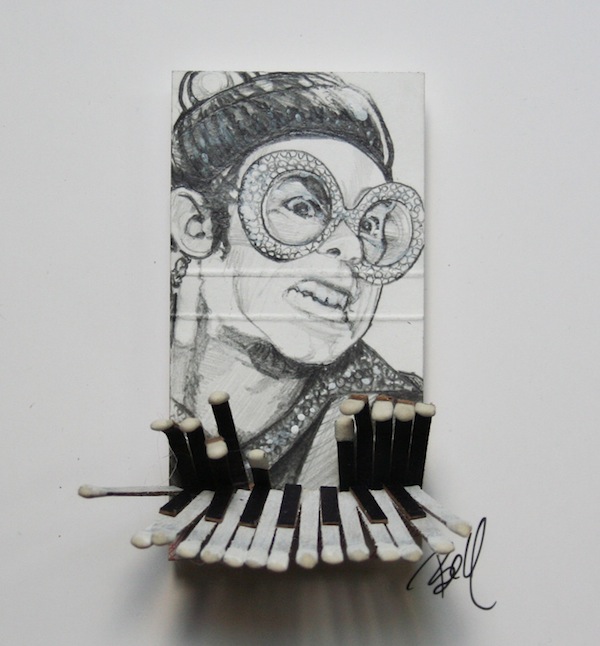 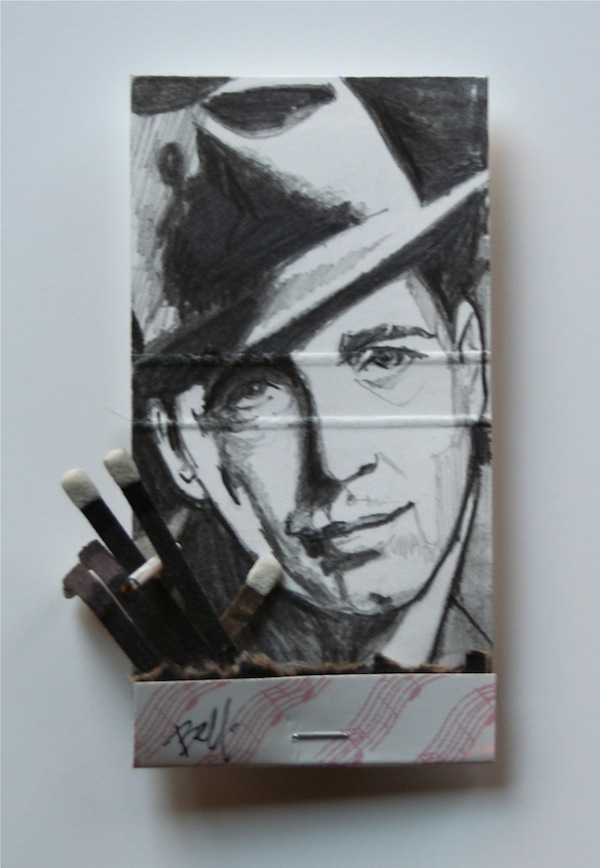 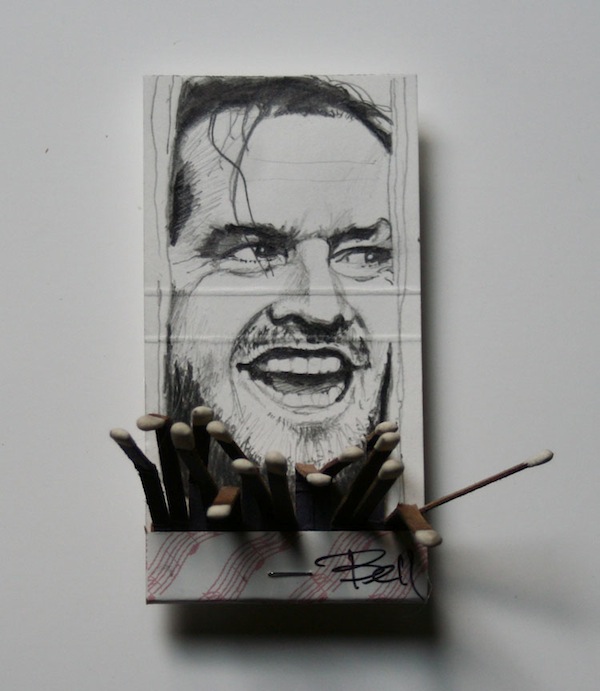 Jack Nicholson (in the Shining) 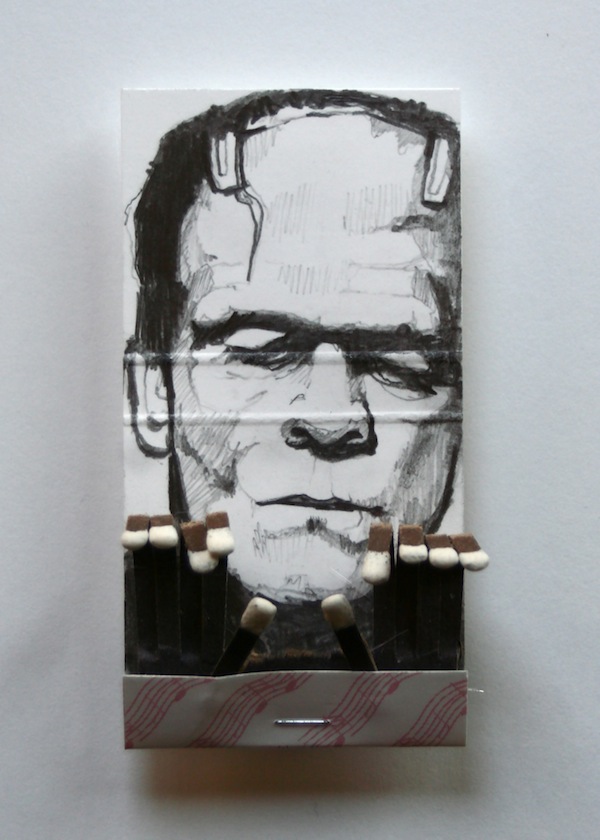 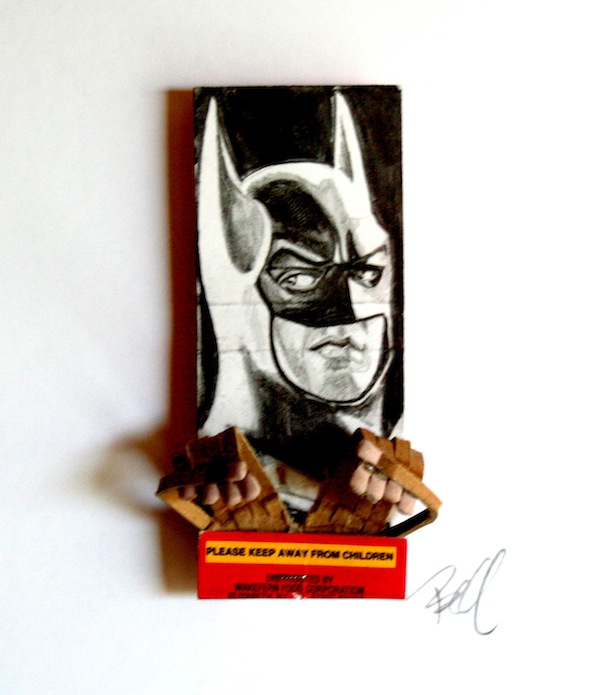 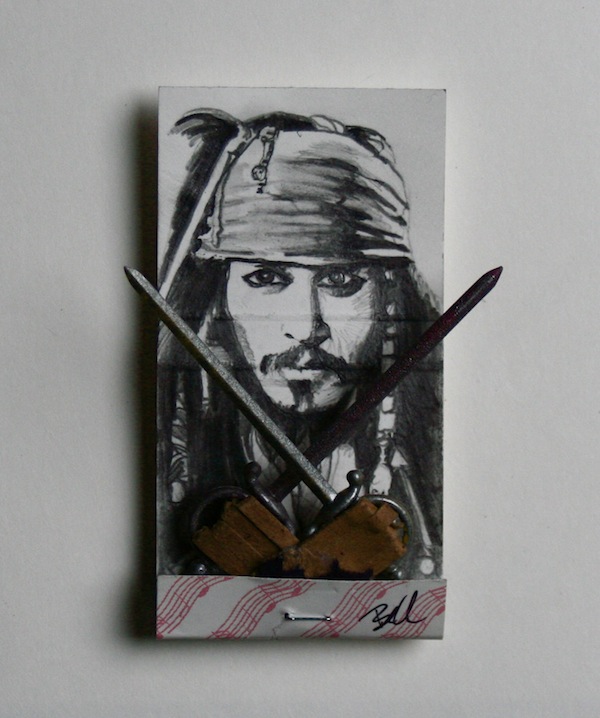 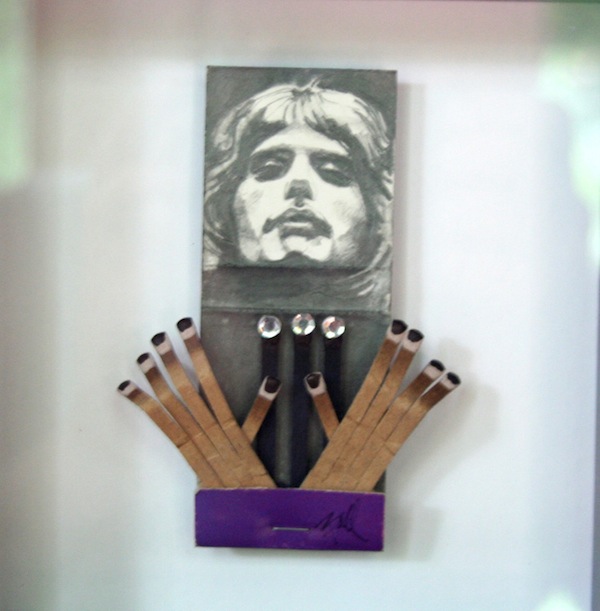 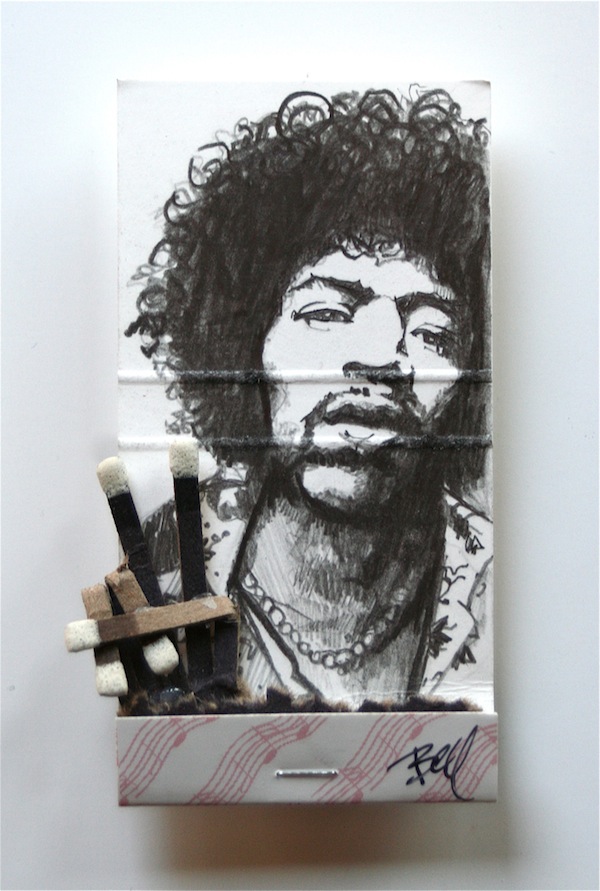 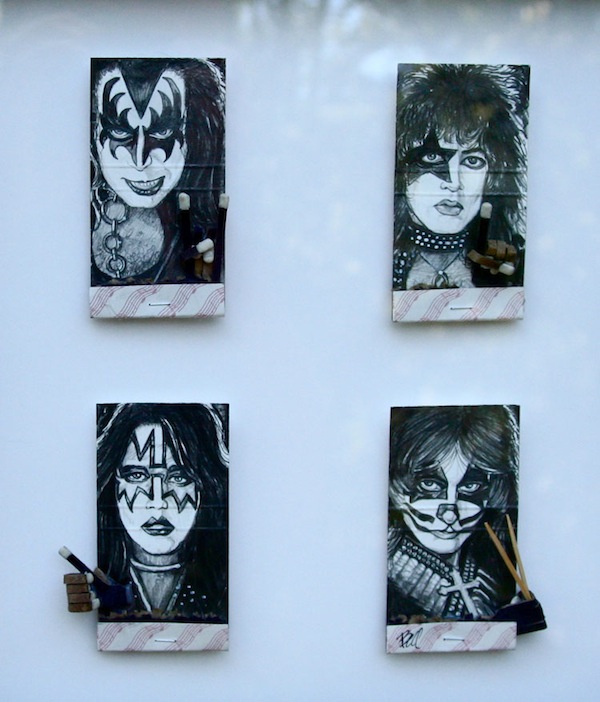 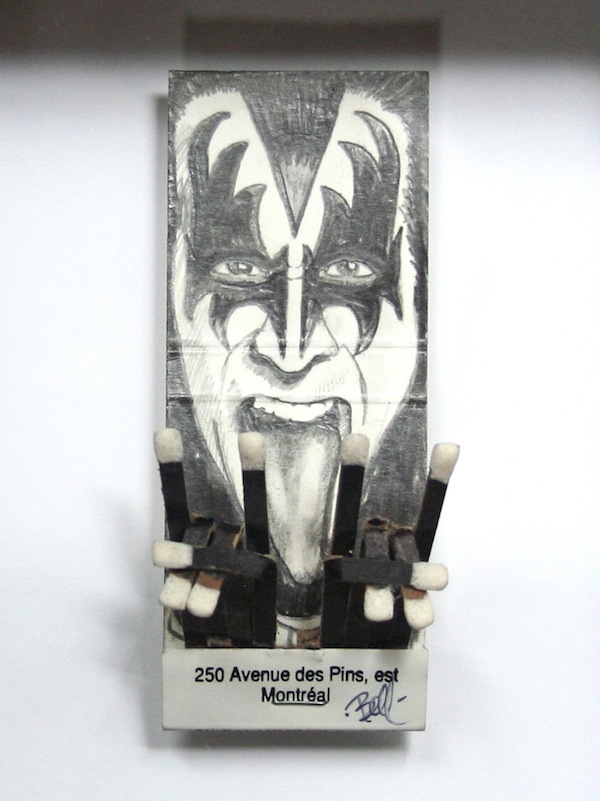 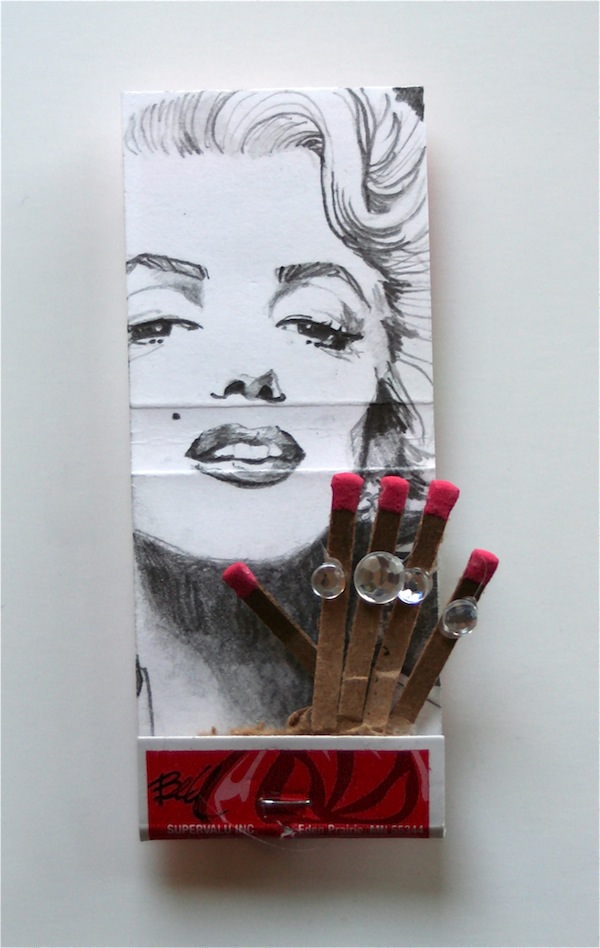