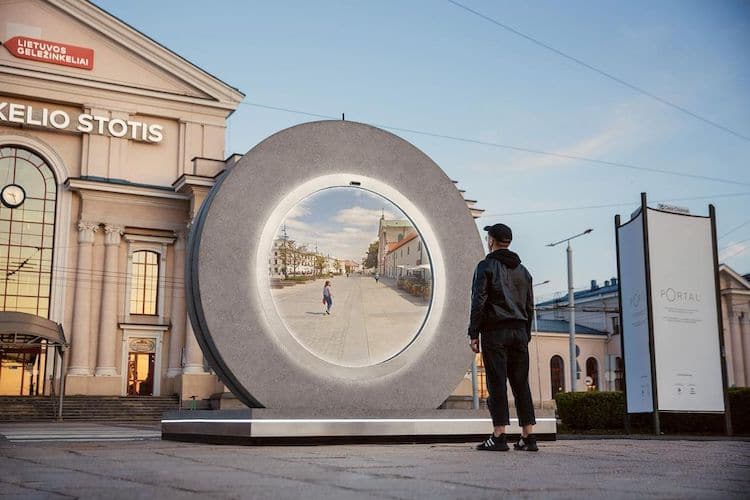 A new duo of hi-tech portals have popped up in Vilnius, Lithuania, and Lublin, Poland, like something out of a science-fiction film. Inspired (in part) by the loss of travel and human connection experienced during the pandemic, the large circular eyes contain giant screens and cameras. Recalling something out of Stargate, this installation called Portal doesn't transport anyone who steps through either structure. Instead, they offer a real-time look at the opposing city—specifically, whoever is in front of the device at that time.

In both Vilnius and Lublin, the portals are within the urban landscape; they are next to a train station and in the city central square, respectively. This allows for plenty of engagement, on either end, with the people of a city 376 miles apart. And, in a larger sense, the portals help to humanize citizens from another place.

Although in development for five years, the portals come at an important time; there is often a general “lack of understanding” (or perhaps unwillingness to compromise) amongst people outside of our own communities, and the world can feel more fragmented than ever. 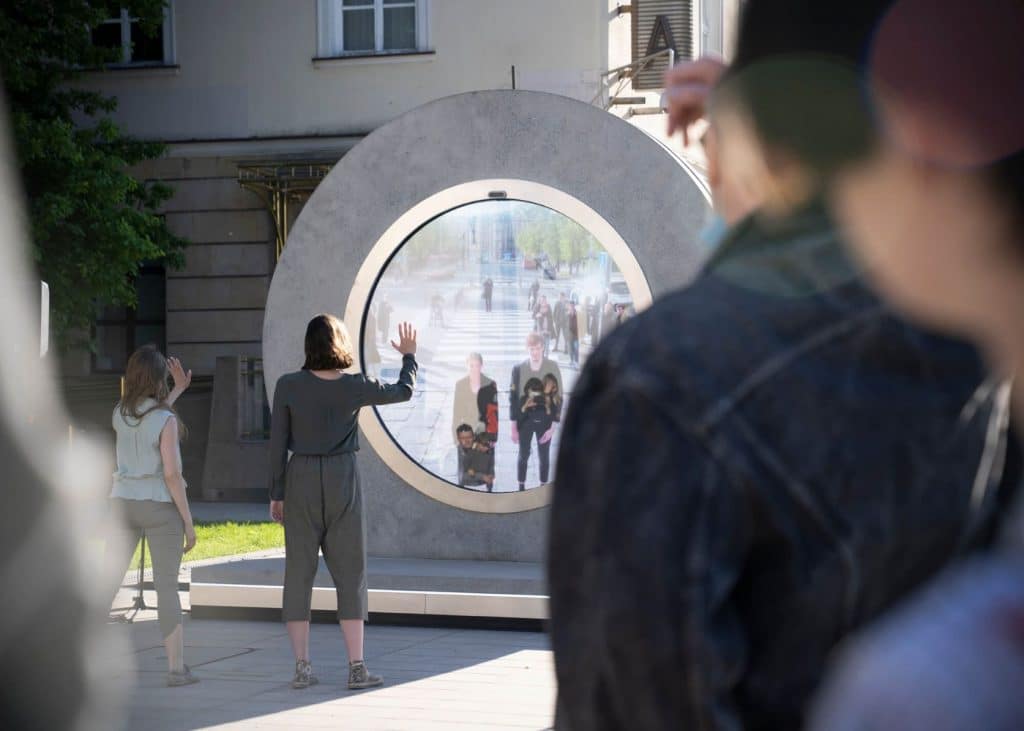 “Humanity is facing many potentially deadly challenges; be it social polarization, climate change, or economic issues. However, if we look closely, it’s not a lack of brilliant scientists, activists, leaders, knowledge, or technology causing these challenges. It’s tribalism, a lack of empathy and a narrow perception of the world, which is often limited to our national borders,” explains Benediktas Gylys, president of the Benediktas Gylys Foundation and initiator of the Portal idea. “That’s why we’ve decided to bring the Portal idea to life—it’s a bridge that unifies and an invitation to rise above prejudices and disagreements that belong to the past. It’s an invitation to rise above the us and them illusion.”

This futuristic-feeling project is not a one-time thing. Residents in Reykjavik, Iceland, and London, England can expect a portal in their city in the future. 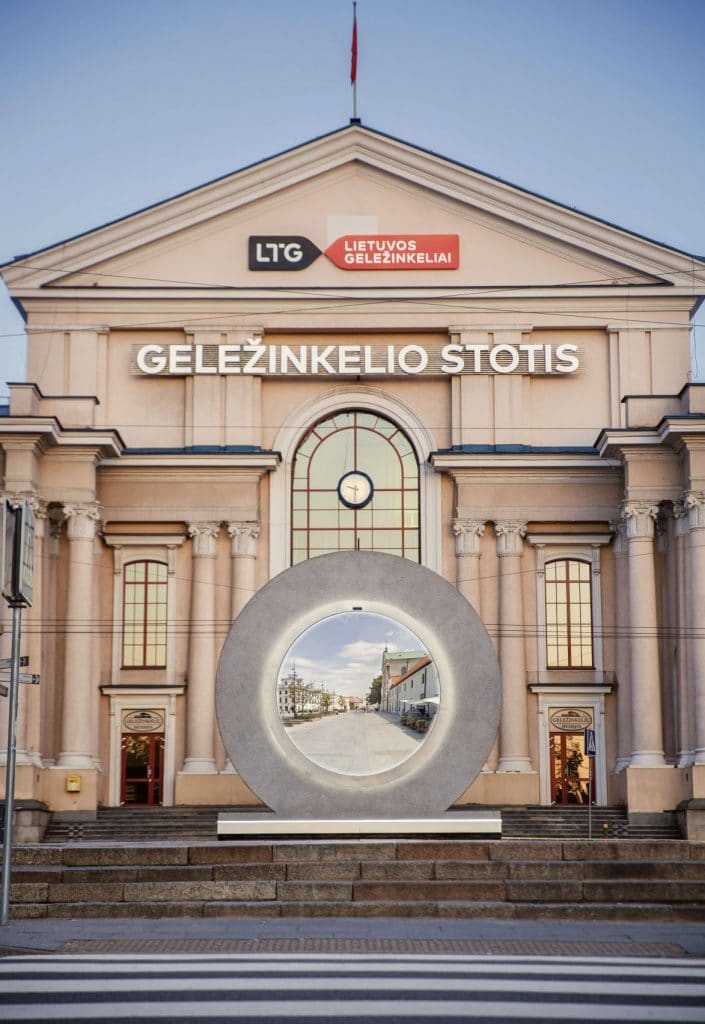 Watch how residents in Vilnius, Lithuania, interact with citizens of Lublin, Poland, through a real-life portal:

All images via Portal.