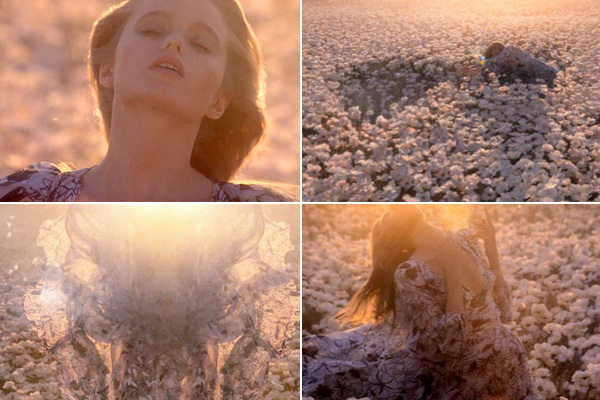 This new Gucci fragrance commercial has me scratching my head. It's one part beautiful and one part scary as heck.

Australian model Abbey Lee is in a field of 20,000 flowers surrendering to the power of her every move. Riccardo Ruinithe's idea for this short video plays out something like this – the heroine become possessed with the Flora personality and changes “from mademoiselle to empowered woman.” She becomes “a woman initially delicate and feminine transforming into someone stronger and more powerful. “

Directed by Chris Cunningham (he's directed Portishead and Madonna music videos to commercials for Sony Playstation and photoshoots for Vice Magazine), this short and simple commercial immediately gets your attention with its siren-like chorus with a sunset field and movements that border on orgasmic.