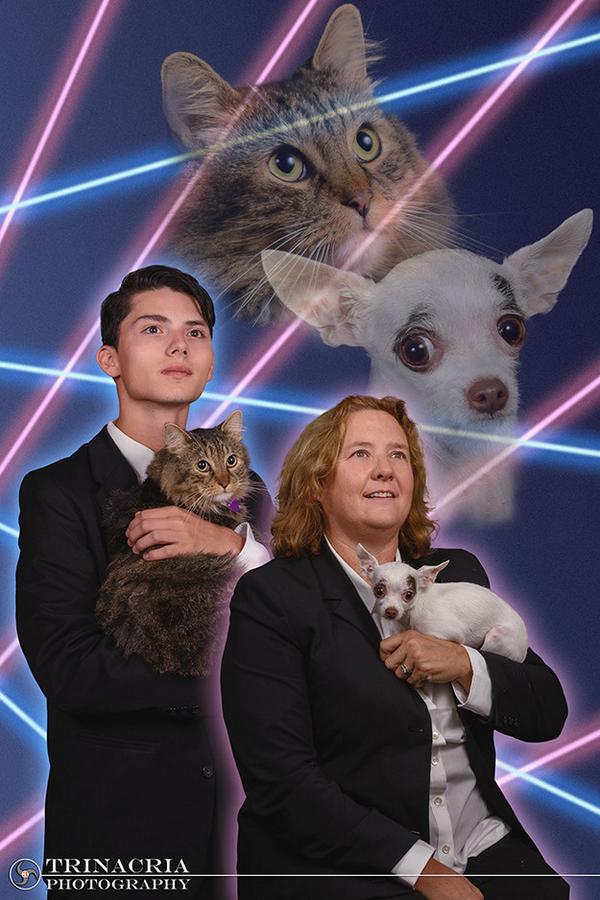 When it comes to your high school yearbook photo, who wants to be remembered with just a boring headshot? Not Schenectady, New York senior Draven Rodriguez. He wanted to “leave a legacy,” and came up with a brilliant idea; he posed with his fluffy rescue cat, Mr. Bigglesworth, set against a laser-beam backdrop. Rodriguez wasn't sure if this epic photo was going to fly with the school, and so he started a preemptive online petition. That way, if they denied his request, he would have the support of the Internet behind him.

The photoshoot and petition went viral and gained more than 7,000 signatures. Luckily, Rodriguez never needed to resort to it because his principal, Diane Wilkinson, was on board. She even took his lead and had her own marvelous, similarly-staged portrait made, which included her pet Chihuahua, Vivian. How great is that?

“I think when it [the photo and petition] went viral, it kind of came to me that it was such an amazing, awesome picture I wanted to find a way to support Draven,” Wilkinson explains to ABC News.

Once the yearbook is published, the original portrait of Rodriguez and Mr. Bigglesworth will appear on a senior class page. The photo featuring him, his principal, and their pets will be used on Wilkinson's own page. It will also include a note about a cause that's important to both of them – helping rescue animals. With all the publicity, people have sent checks to the high school, to the attention of Mr. Bigglesworth. All of the money collected will be donated to a local animal shelter. 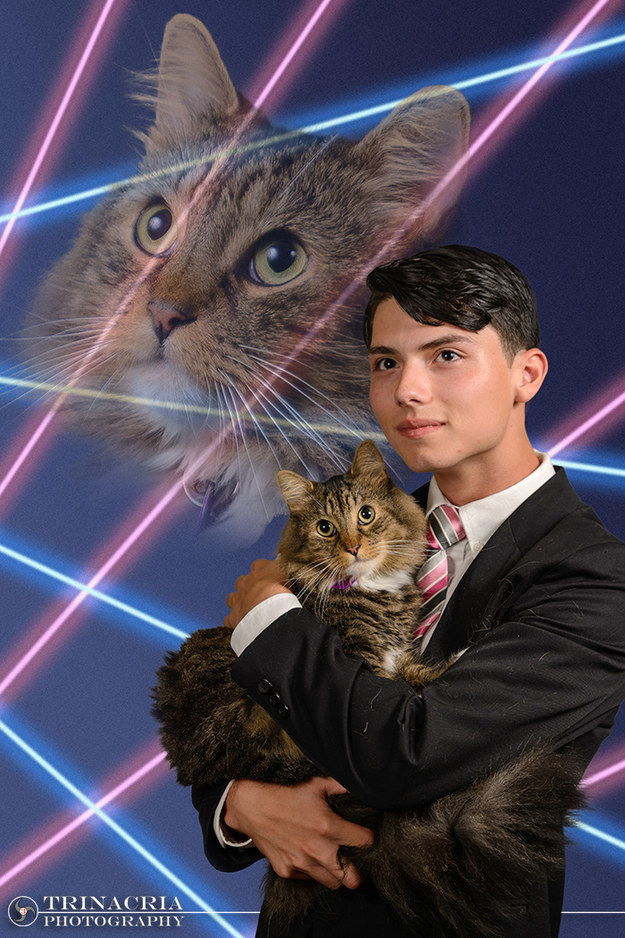 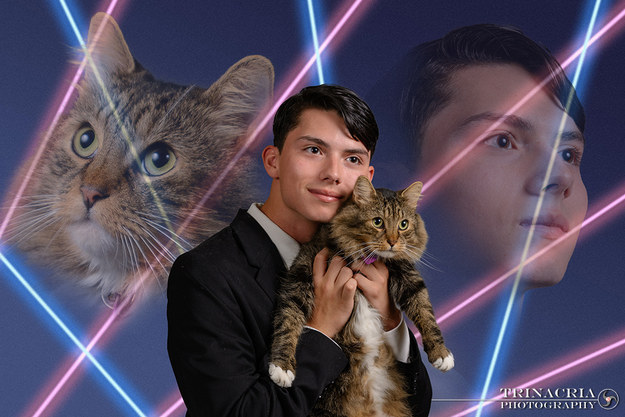