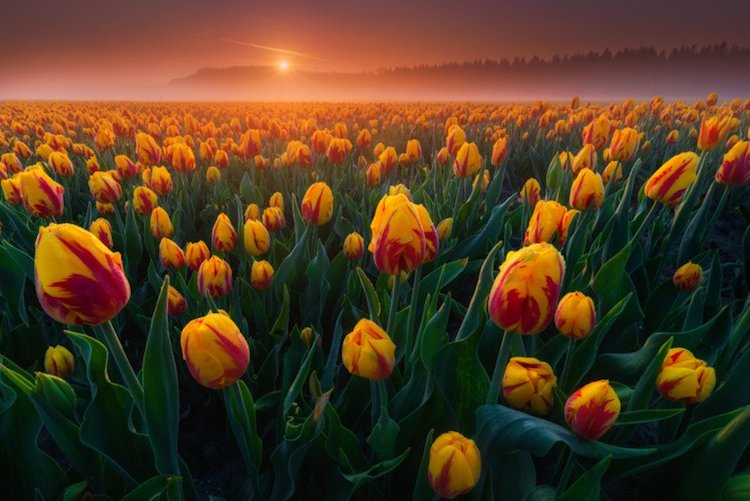 Professional photographers are often so skilled that their photographs look effortless. But, anyone with a little know-how understands just how much time, preparation, skill, luck, and patience goes into getting the shot of a lifetime. Dutch photographer Albert Dros—whose work has been featured in Time, National Geographic, and The Huffington Post—is known for his incredible landscape photography. And now, after sharing his tips on how to capture the perfect landscape, he's revealing the secrets behind some of his most impressive photographs.

Dros's behind the scenes stories remind us that, when it comes to photography, patience is a virtue. Some of his most impressive photos, such as the tulip field above, took years of waiting to achieve. In fact, it took three years for the photographer to capture the sunrise over the tulip field with ground fog. Though the image didn't come out exactly as he'd envisioned, it's a photo he'll proudly mark off his bucket list.

By opening up about the stories behind some of his beloved photographs, Dros proves that perseverance pays off. He also makes it clear that photographers often brainstorm images long before they're ever able to capture them in real life. Read on to find out more about how patience paid off for Dros by taking a closer look at some of his most memorable photographs. 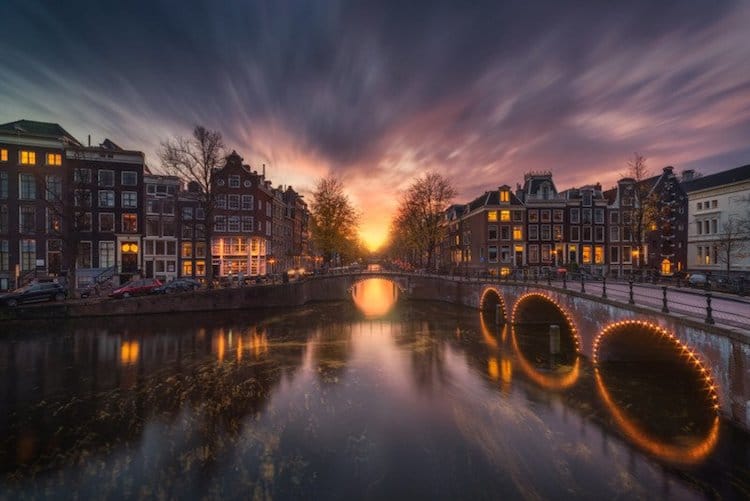 For one week a year, the sun sets right in the middle of this arch in Amsterdam on the Prinsengracht. After about two years and five attempts, Dros finally got the image he was after. “I wanted to get this shot with the sunset and the cloud direction going at me (or away from me),” Dros writes. “So I had 1 week each year to get conditions with a decent sunset, clouds, and the correct wind directions.” 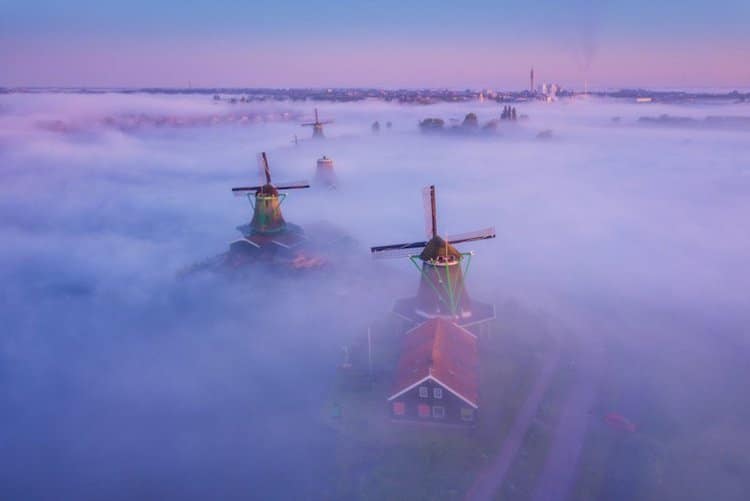 Dros had been dreaming about photographing the historic windmills of Zaanse Schans for years. But, the right weather conditions were hard to come by. So while he was able to get this photograph after one try, it took years of waiting—and monitoring the weather reports. 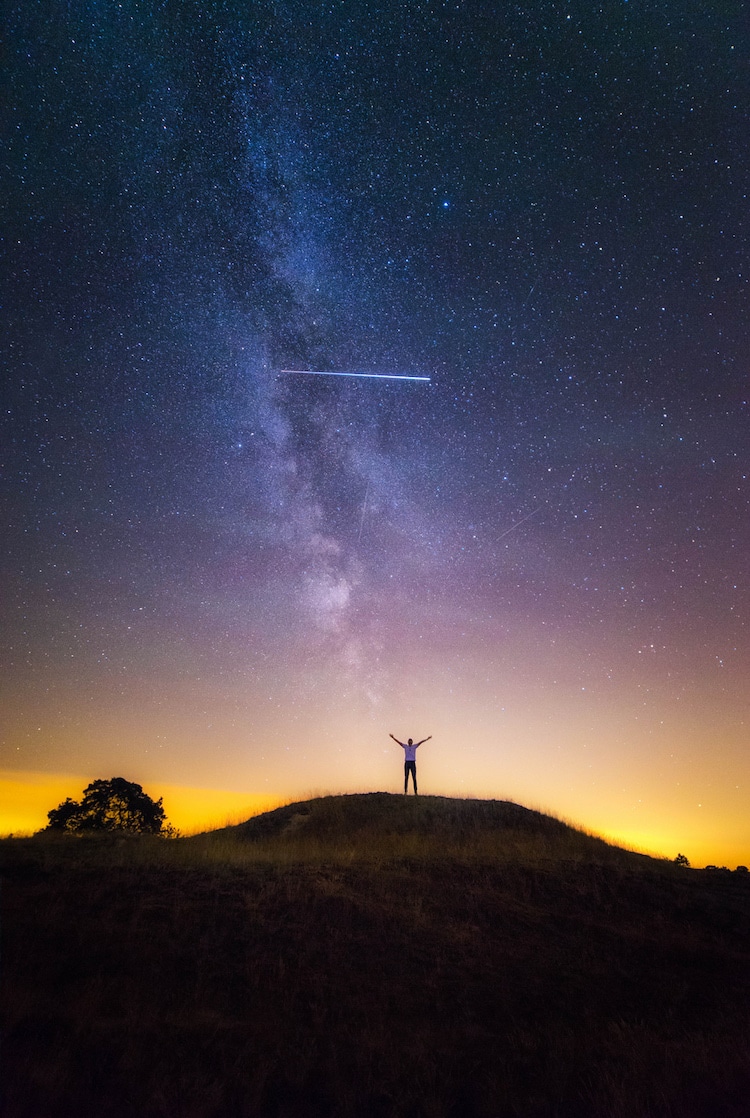 Milky Way with a Little Something Extra

Back in 2015, Dros made headlines for his photo of a friend under the Milky Way as the International Space Station flew by. While the rare sighting of the ISS was a coincidence, the Milky Way shot was carefully planned by Dros. In fact, he's attempted a shot like this in the same location more than 15 times. “I spent a lot of nights at 3 AM trying to capture a shot like this, and sometimes you get a bit of luck to go with it,” he shared. “Night photography is very difficult in the Netherlands because there’s lots of light pollution and our weather doesn’t offer too many clear skies. It took me over 10 tries to get this shot.”

Dros's experiences show that photographers shouldn't get discouraged if something doesn't work out the first time. Even professionals must try multiple takes to get what they're after and success isn't guaranteed with the first click of the shutter.

My Modern Met granted permission to use photos by Albert Dros.

Tips From a Professional Photographer: How to Capture the Perfect Sunrise

Be patient with your photography. Share
Like My Modern Met on Facebook
Get Our Weekly Newsletter
Become a
My Modern Met Member
As a member, you'll join us in our effort to support the arts.
Become a Member
Explore member benefits

Be patient with your photography.