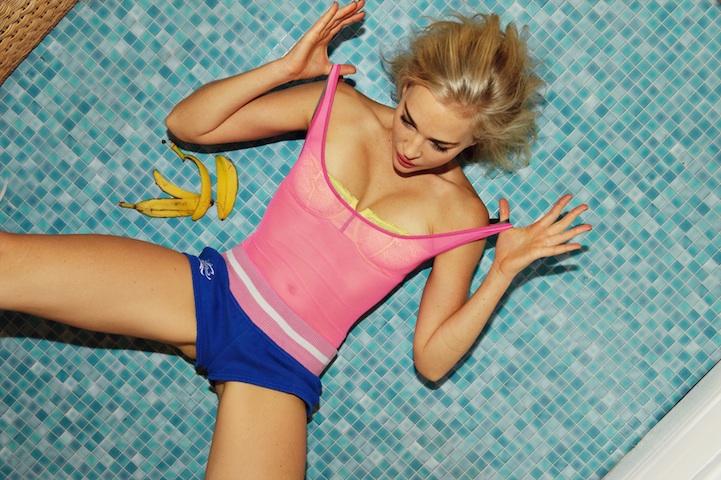 Dressed in neon colors that seem to pop off the page, model Lisa Marie Schneider is completely mesmerizing. Photographer Adam Holtrop shoots this beauty in a series he's titled Pink Banana. Playful and provocative with hints of suggestive symbolism, it almost makes us feel like we're getting a voyeuristic look into the life of the modern-day girl-next-door.

I first noticed Adam Holtrop's photography when it showed up in the photo's section of our site. Lucky for us, he found his way to theMET by following, in his words, “a trail of amazing images.” Asked why he got into photography, Adam, 34, gave me a really interesting story. Read about his serendipitous journey after the jump. 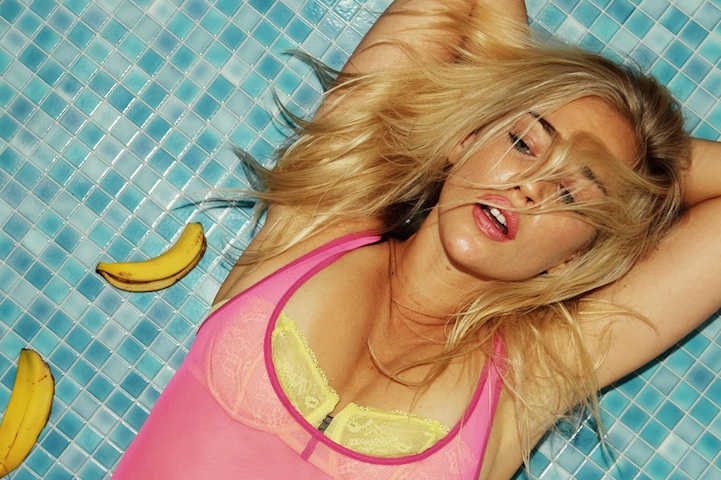 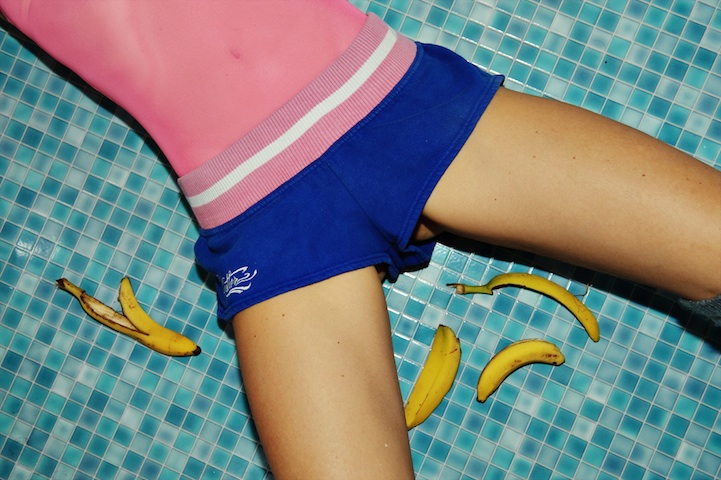 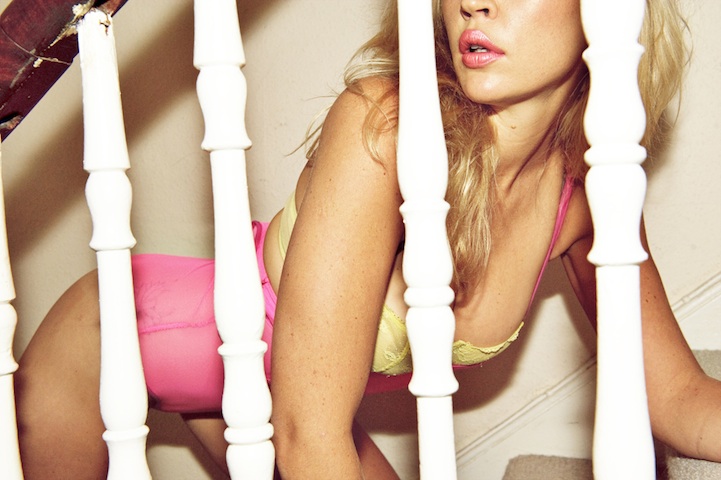 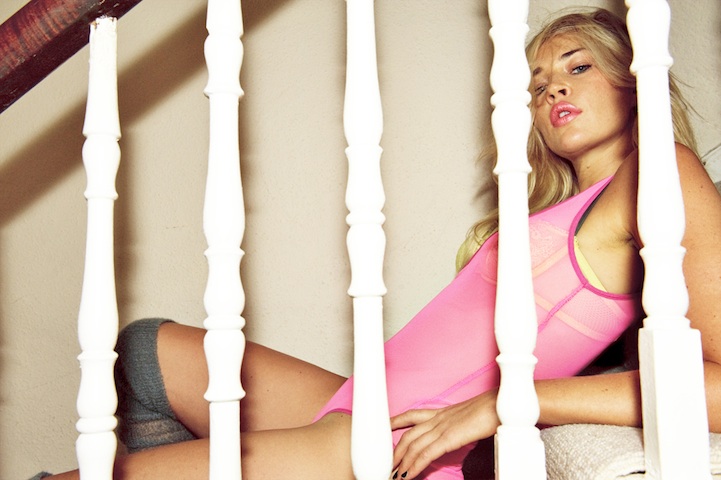 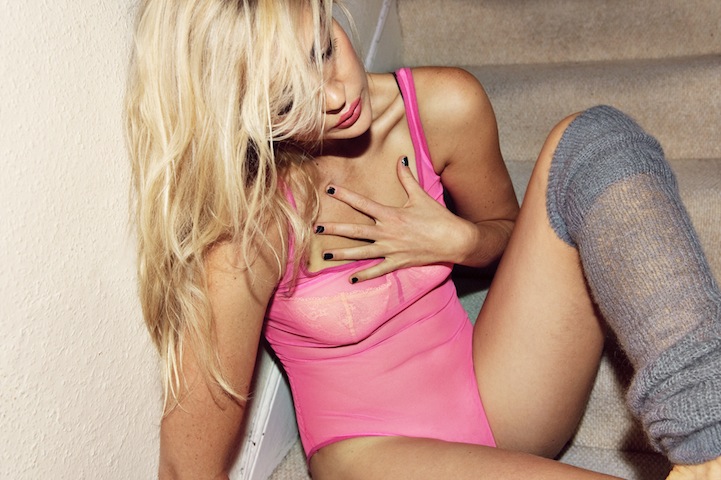 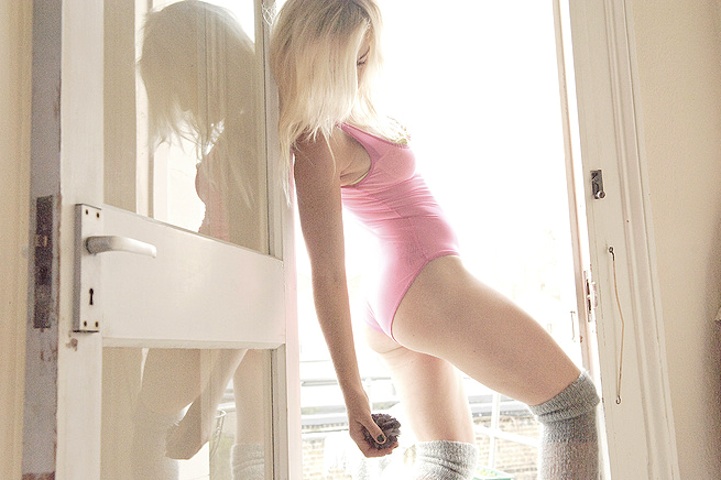 “I went to a South African boys school, I was one of those typical art people always busy in the graphic room. Despite this my parents convinced me to gain a commercial, more business orientated career. I think my fathers fear was that i would become an introverted artist, poor and struggling against some kind of cruel world.

“So i studied Advertising, joined a world of incredibly talented people analyzing everything, pushing lateral boundaries for the sake of award shows in Cannes and bigger offices.Some years later I left South Africa and started an advertising agency in London. It was a small business and forced us to think really carefully about everything. Every penny counted. There was a time we were producing some print advertising for a client and we needed a photographer. Our usual guy quoted us around 6000 for what i thought would be quite an easy job. So we decided to spend the money on a shopping trip to B&H in New York instead, just buy our own f*cking camera gear, do it ourselves.

“I remember using a bunch of lights from Ikea, reflectors made from bits of the studio kitchen we still needed to assemble. I've always been taking photographs, always framing things in one way or another. It wasn't like something anyone hasn't done before.

“But it was great to break down the walls in my mind which said only photographers can get paid for pictures, not me I'm just Adam, unsure of what I am. That moment helped change that. But it wasn't the beginning of my so called photography career.

“I moved to Norway and got a big eyeful of beautiful. The country is majestic. In a courtyard I met a girl, standing in the snow in a fur jacket, smoking. She was so incredibly beautiful i was almost in a trance. Without thinking we began a relationship. This girl made me obsessed with photography. But not because she let me try and capture what i saw in her. She hated me pointing my camera at her. Absolutely hated it no compromise.

“I was constantly wrestling with my urge to photograph her. I tried so much and always got hell. When our affair ended i was left with a galvanized almighty power. I had missed so many photographs, so many opportunities. I felt like i would have to recreate them all over again. In the small town of Oslo, jammed full of talented people i met fashion designers and amazing people. I wanted to create pictures and there were people everywhere super charged with their own missions so perfectly fitting with mine. From these things came a new level for me and i can almost call myself a photographer.”

Quite the story, isn't it? So now what's some advice he would give fellow photographers who are just starting out? “Look at a lot of images. Burn brilliance into your head and chase it constantly. I live in total envy of zillions of photographers, and hope to one day produce something my twin self would judge amazing.”