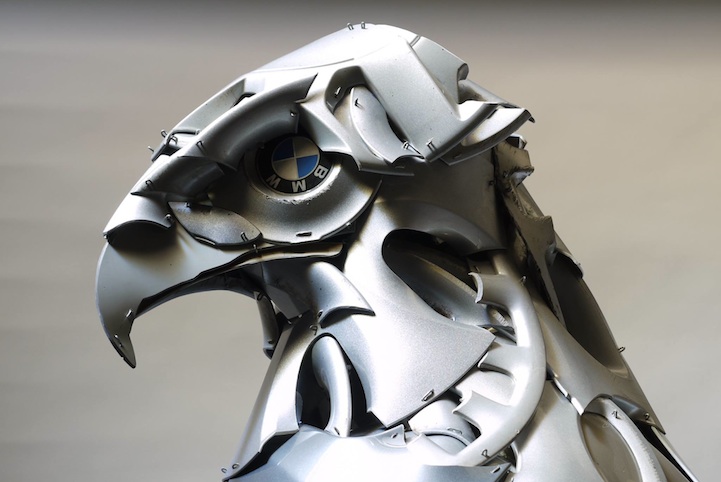 For over twelve years now, Brighton, UK-based artist Ptolemy Elrington has been morphing discarded hubcaps into amazing animal sculptures. While most of us see hubcaps as just replaceable car accessories, Elrington sees them as art, taking these scraps of metal and forming them into everything from a fish and birds, to a shark and dragons. “‘I like to work with reclaimed materials to show that what is one person's junk is another man's treasure,” he told The Daily Mail. Hubcaps that have emblems of them, of their long lost cars, such as BMW, Mercedes, Ford and Volvo often find new life in his work. (Check out the birds' eyes.)

His greatest challenge is to work with scale. As he tells us, “If you go too small you lose the materials' identity and if you go too big it looks remarkable like a pile of hubcaps. I've made a few large scale hubcap sculptures and I've struggled a bit with that.”

Over the course of his career, Ptolemy's greatest moment of joy came while corresponding with a person the United States. “He emailed me a few years ago and told me he'd left his job to pursue a career in the creative industries making bespoke electric guitars,” Ptomely stated. “He said he was earning considerably less but was a lot happier, and that correspondence with me was instrumental (excuse the pun) in his decision. It made me feel very proud.” 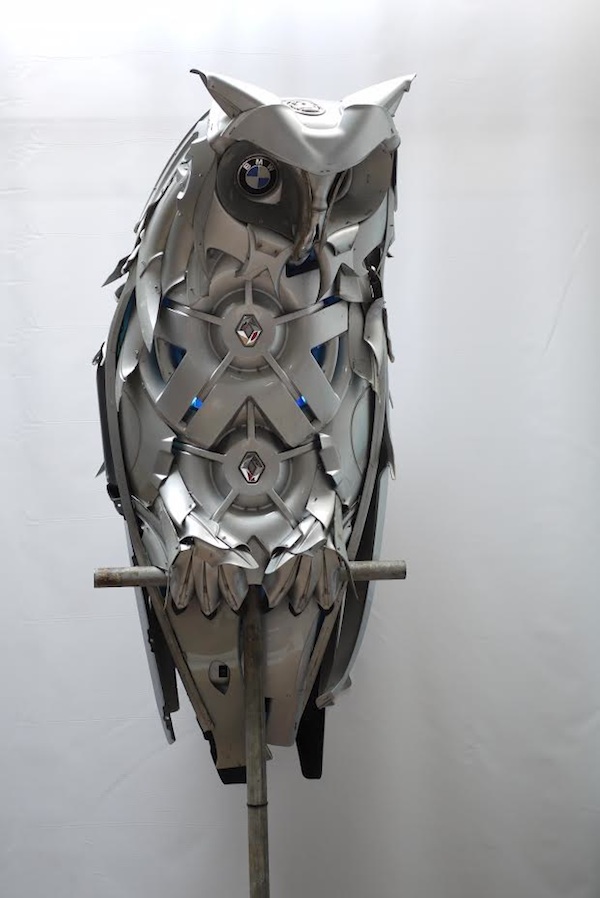 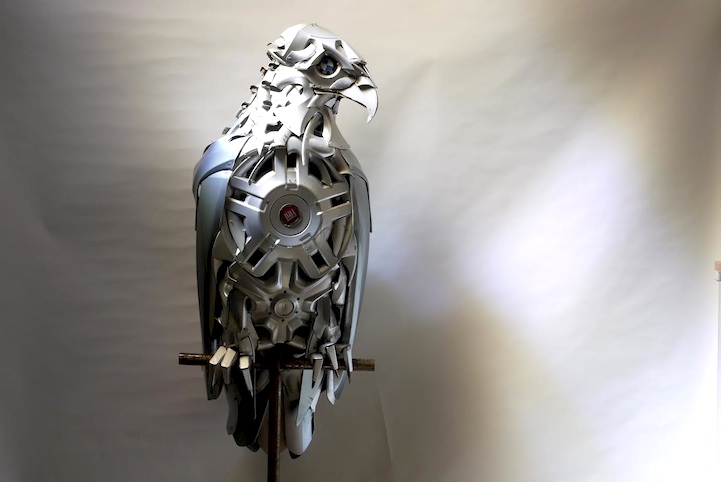 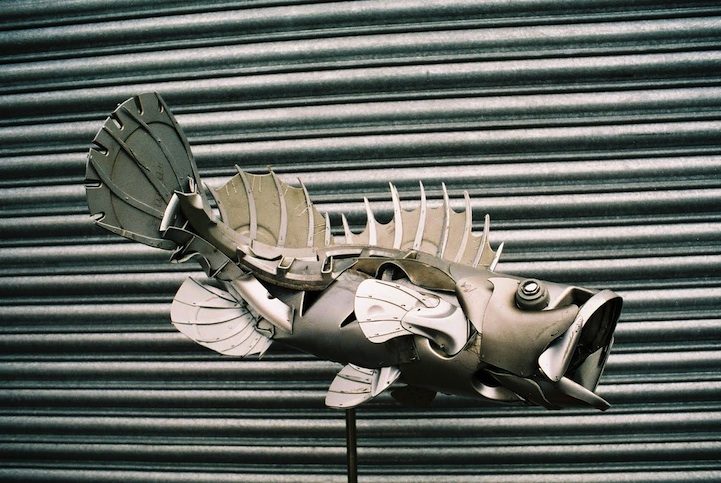 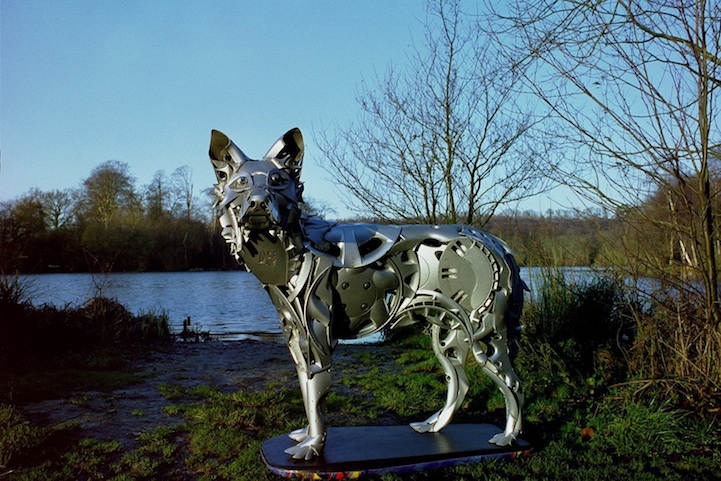 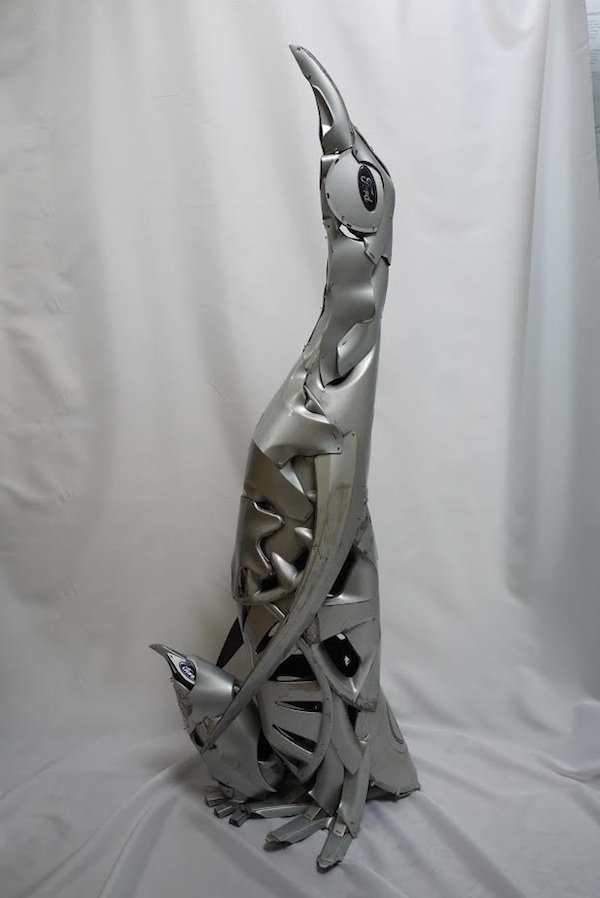 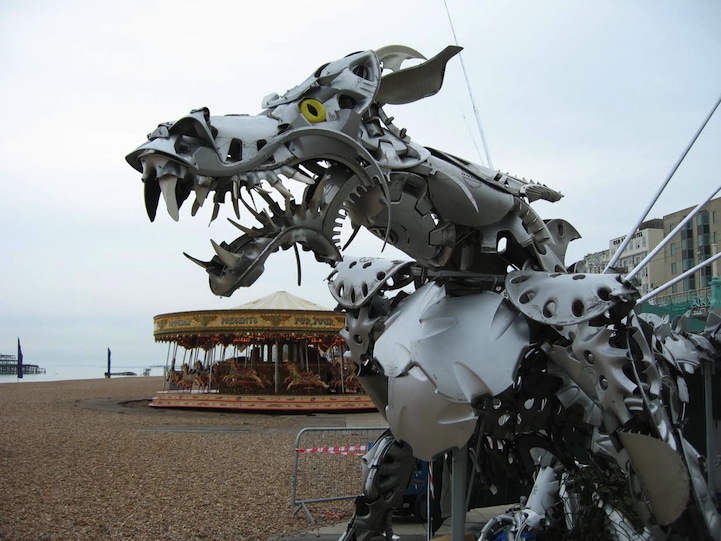 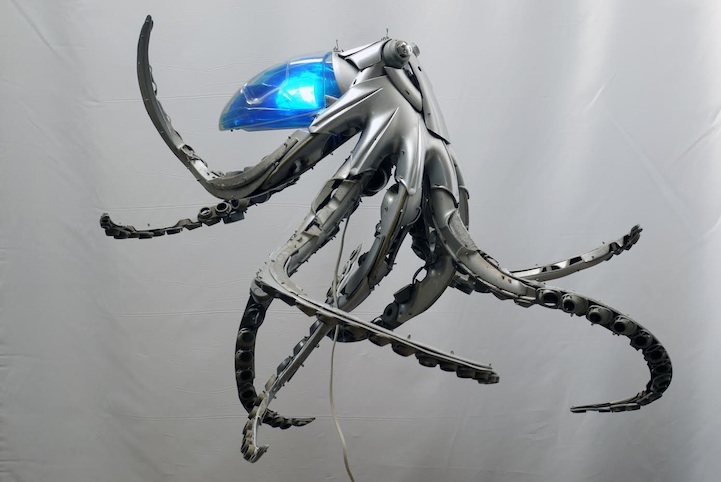 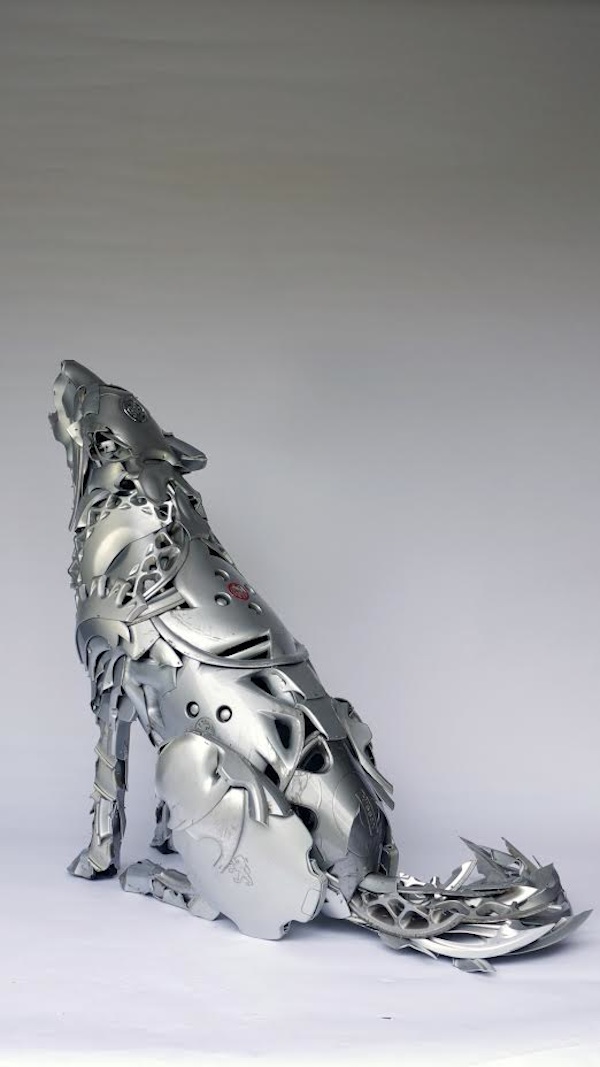 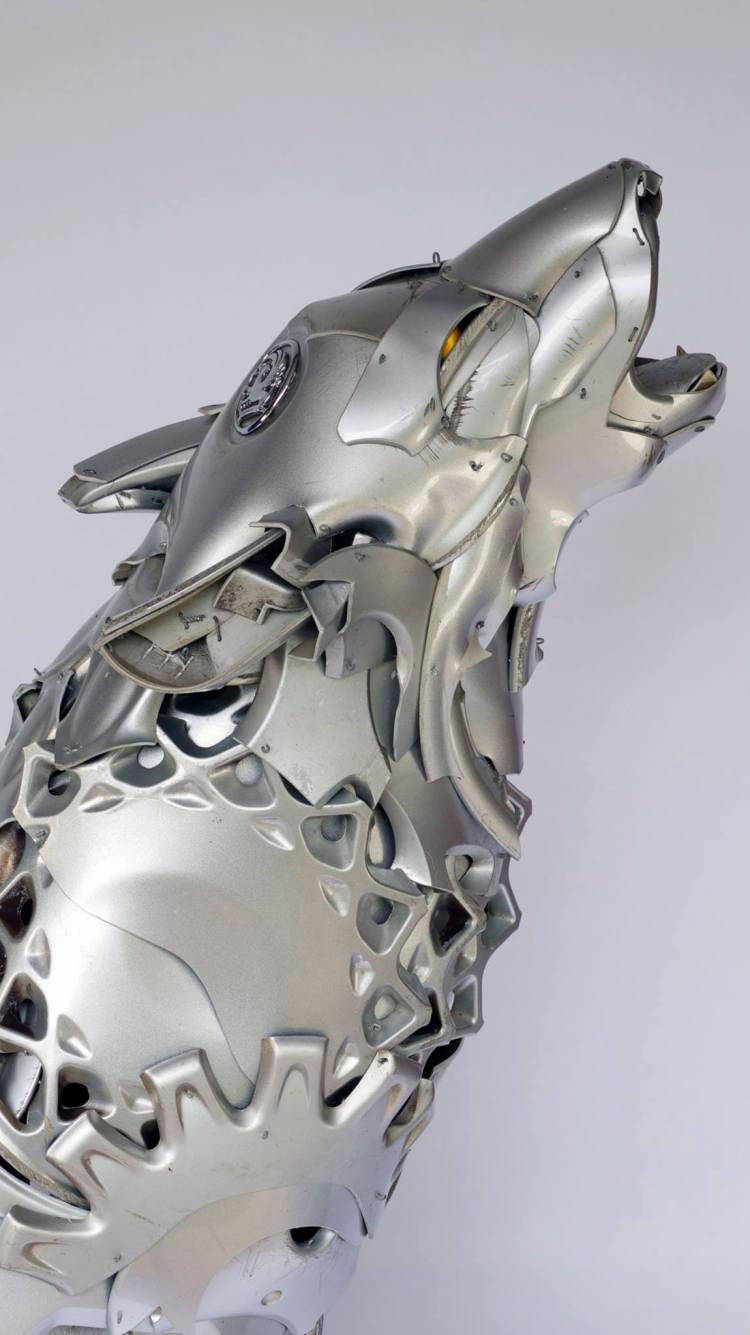 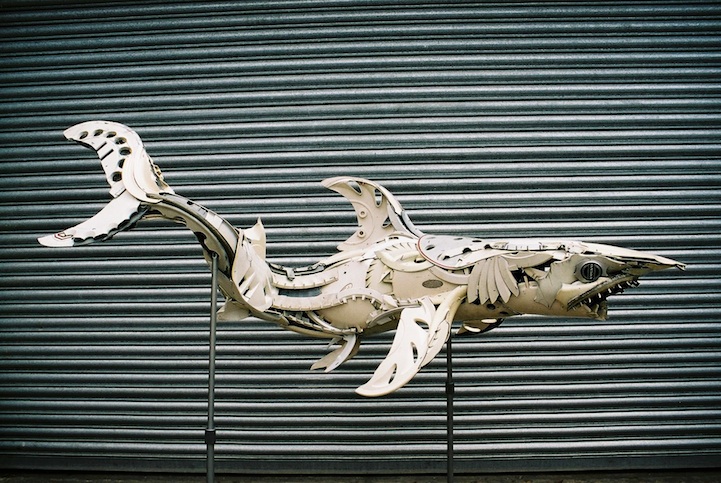