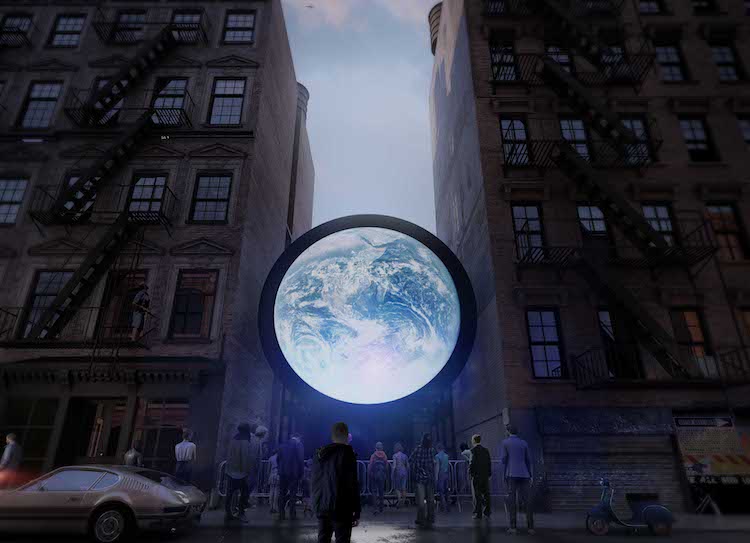 Chilean artist Sebastian Errazuriz is known for his captivating public art installations, but his latest piece—titled blu Marble—is quite literally out of this world. The experimental project involves a monumental 20-foot LED structure depicting a live stream of Earth from space. Installed in the middle of New York City, the illuminated spherical sculpture invites the public to contemplate human existence.

“Blu Marble is a reminder of our miraculously fragile existence,” explains Sebastian Errazuriz. “It places our very existence in perspective at a global level—as a tiny spec in space—beckoning us to live fully with an awareness and mindfulness of our limited time on this vulnerable and beautiful planet.”

The artwork is created using a custom-created LED screen that projects images of Earth as seen from space in real time. Errazuriz and his team designed a bot to obtain live photographs from a NASA satellite which are then merged using exclusive software that generates the mesmerizing video sequence. The project pays homage to the first ever photo of Earth taken from space in 1972 by the Apollo 17 crew. Errazuriz brings The Blue Marble image to life and lights up the New York City skyline.

The satellite technology is typically used to monitor and study daily variations of vegetation, ozone, clouds, and reflectivity. Errazuriz’s installation merges science with art, allowing viewers to observe our ever-changing Earth from day to night. By night, viewers can observe a partially dark Earth with clusters of light, and by day, the installation showcases our home planet in all its colorful splendor. Errazuriz writes on Instagram, “Imagine if we could look up at the night sky and see ourselves; see the Earth right at that moment, streamed live from space?” 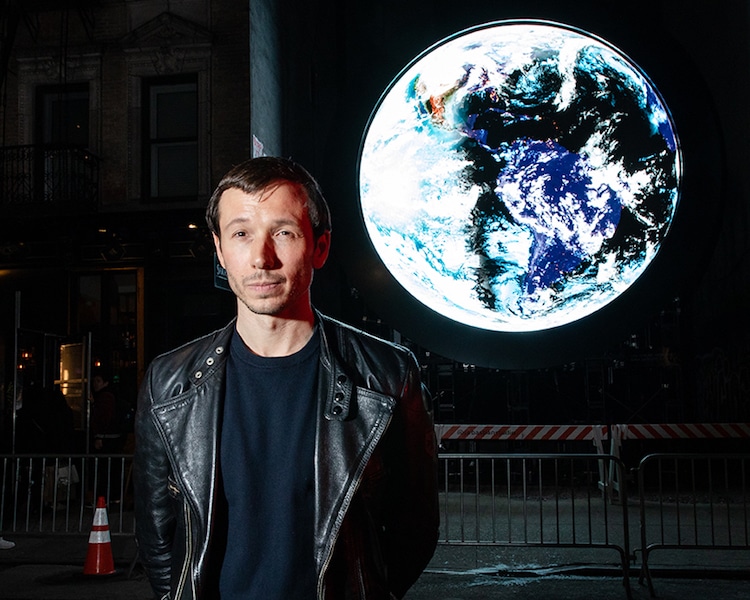 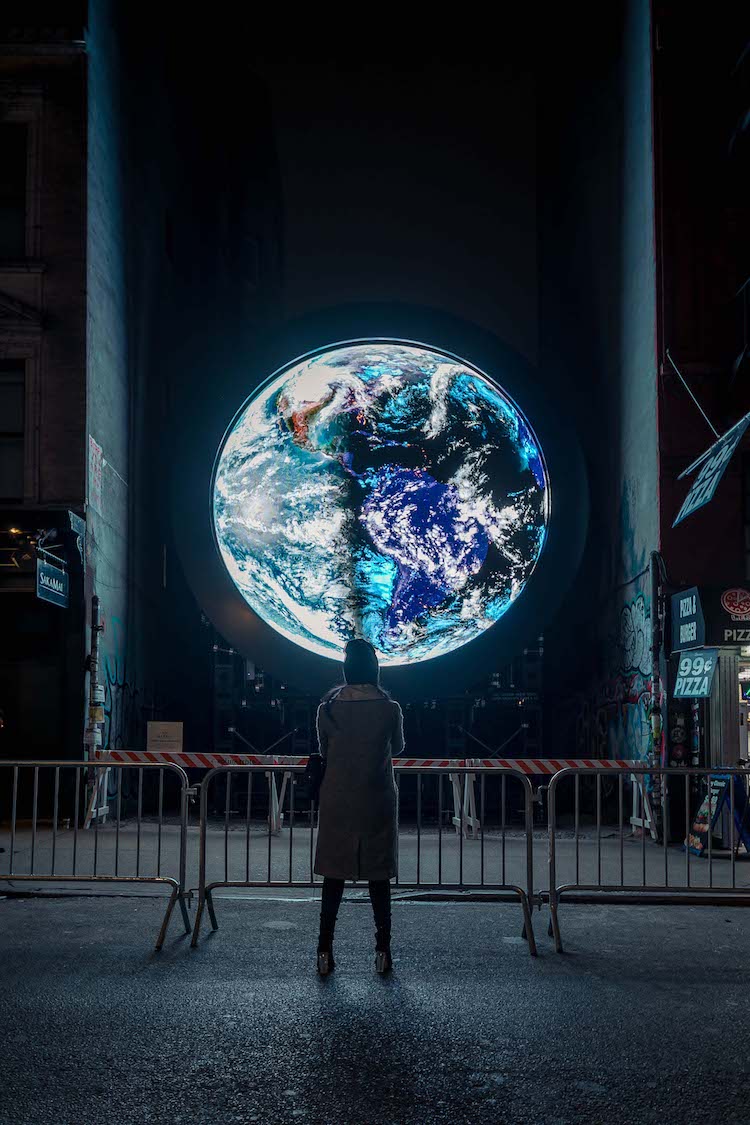 Errazuriz designed a bot to obtain live photographs from a NASA satellite which are then merged to create the mesmerizing video sequence. 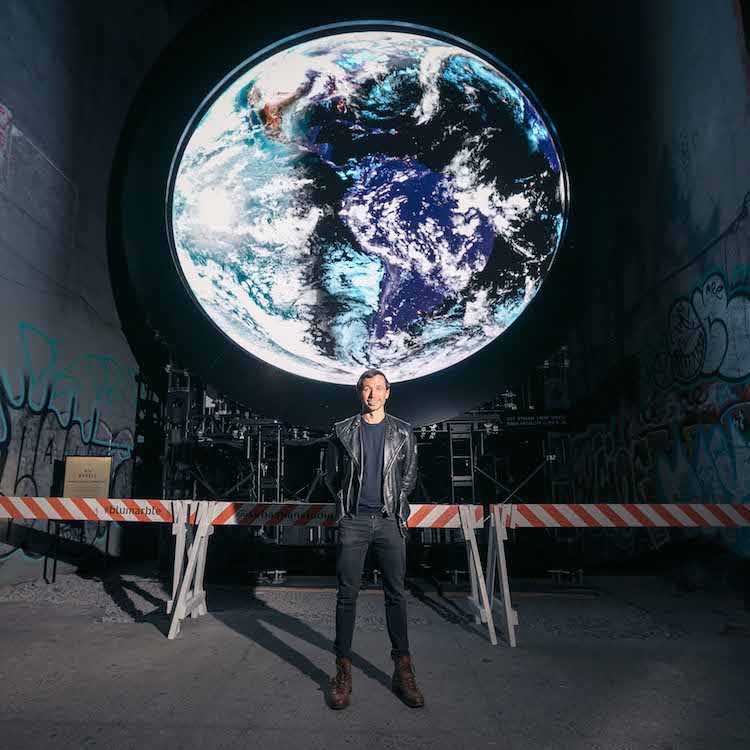 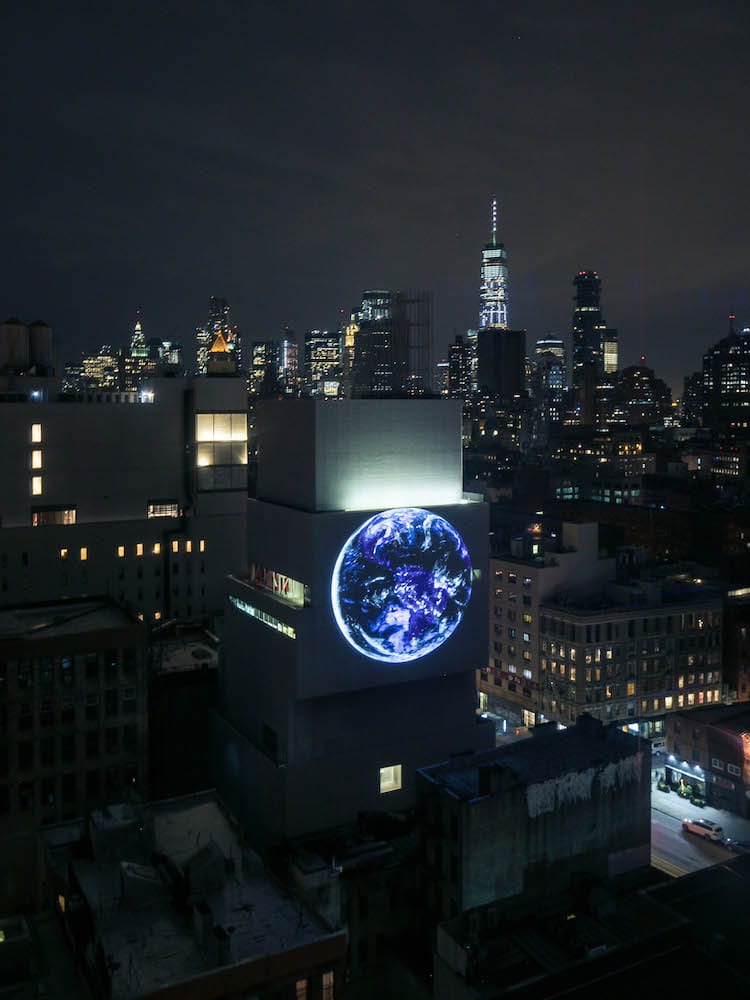 Installed in the middle of New York City, the illuminated spherical sculpture invites the public to contemplate human existence. 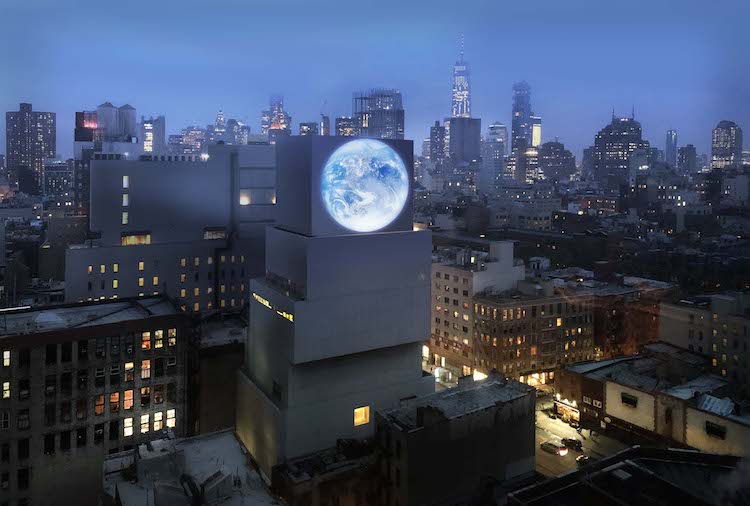 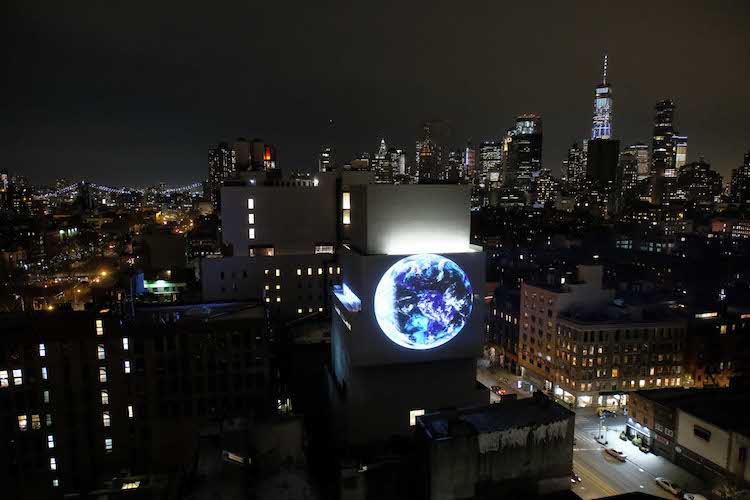 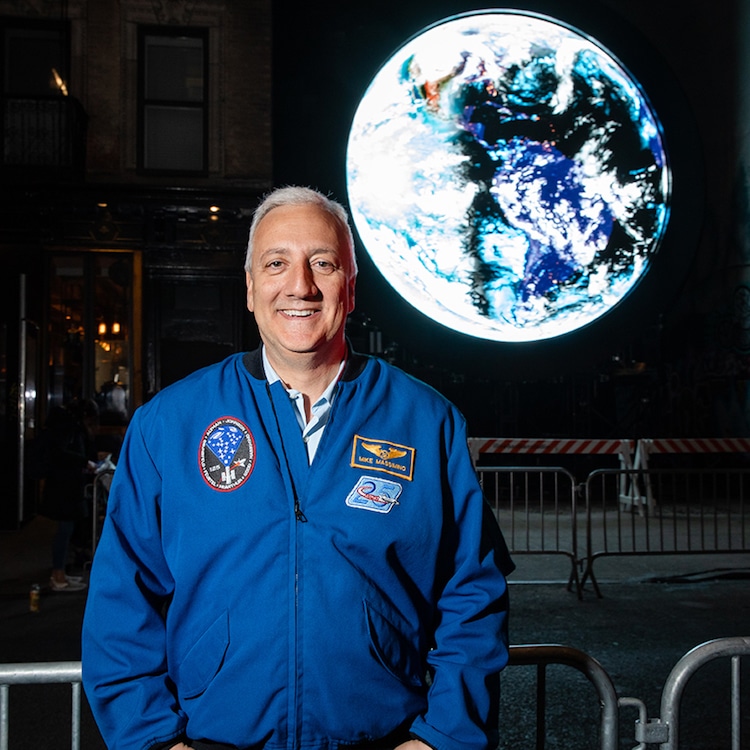 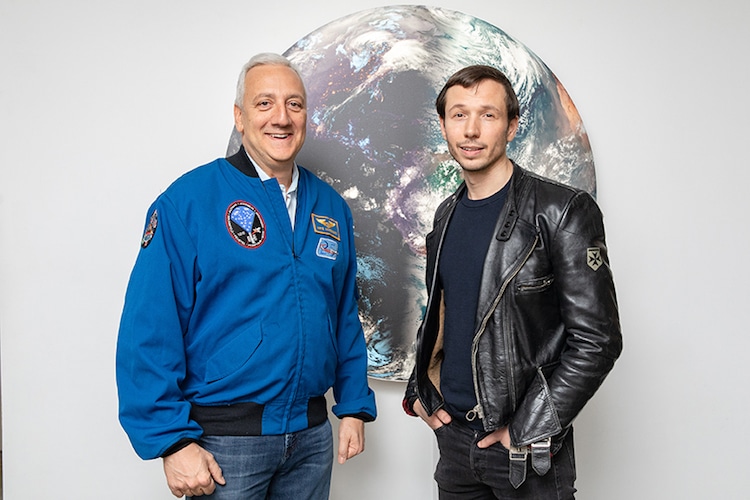 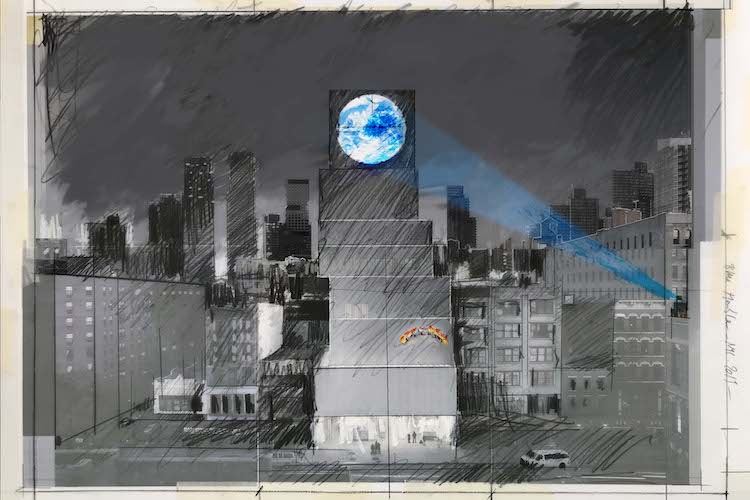 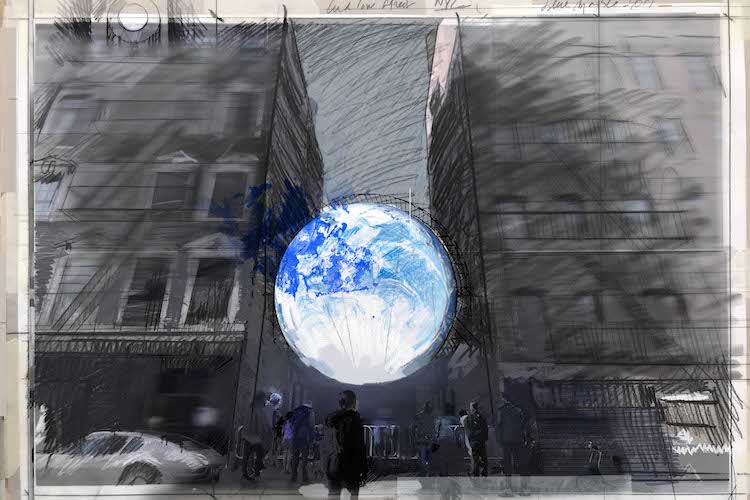 My Modern Met granted permission to use photos by Sebastian Errazuriz.

Artist Triggers Contagious Yawn in Times Square and Beyond