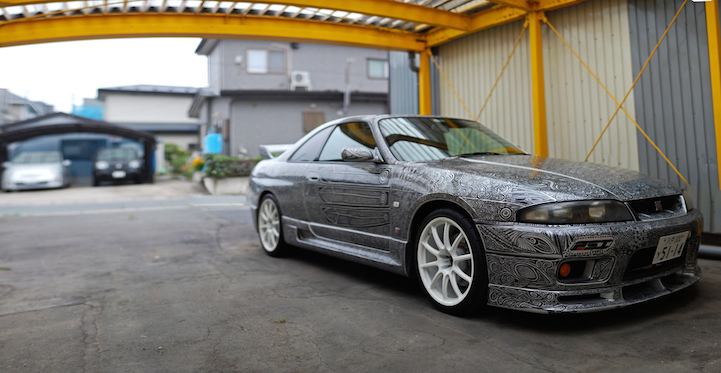 As we've seen before, Sharpie doodles on a car can make for an extraordinary paint job. Thanks to the passion and creativity of his wife, dozens of Sharpies, and roughly 100 hours of hard work, one auto enthusiast managed to transform his ordinary 1995 Nissan Skyline GTR into an amazing work of art.

Collen Kelton, a member of the U.S. Military stationed in Japan, hated the silver color of his R33 GTR, so he let his then-girlfriend (now his wife) Allison doodle over a few scratches on the bumper. The next day, when he saw the stunningly intricate designs she had achieved with just a Sharpie, the duo felt compelled to see their project to the end.

While Collen tuned the R33 GTR's inner parts, Allison continued her freehand drawings, eventually covering every inch of of the car's exterior with elaborate swirls, shapes, and dense patterns. After using several clear coats to protect the design, the vehicle was finally complete, not only providing the couple with a sweet ride that attracted attention everywhere, but also serving as a tangible memory of their teamwork and collaboration together. 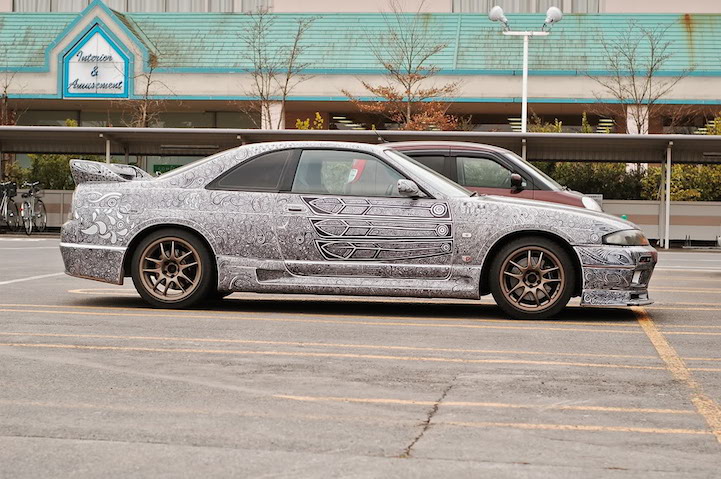 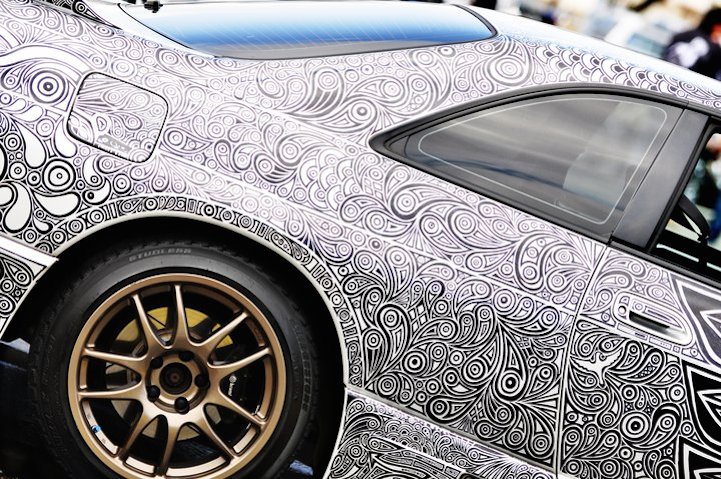 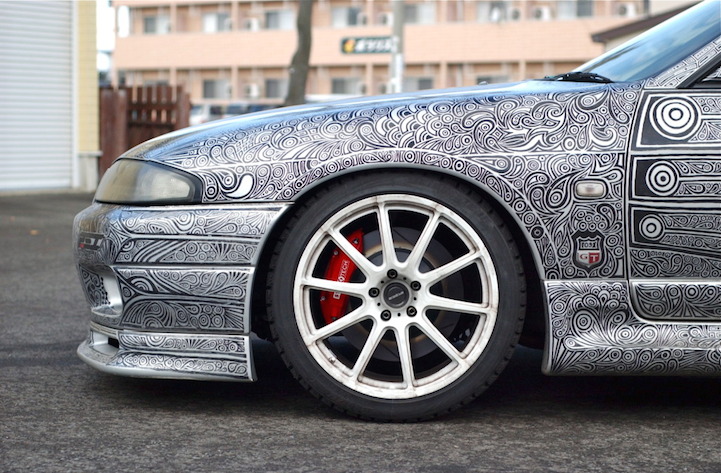 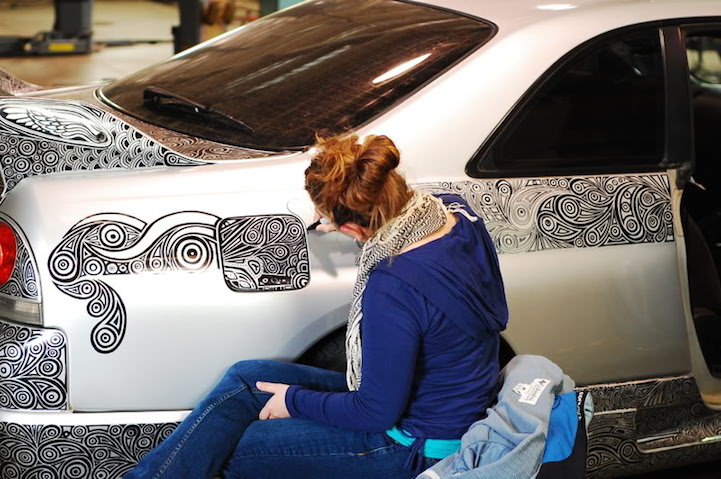 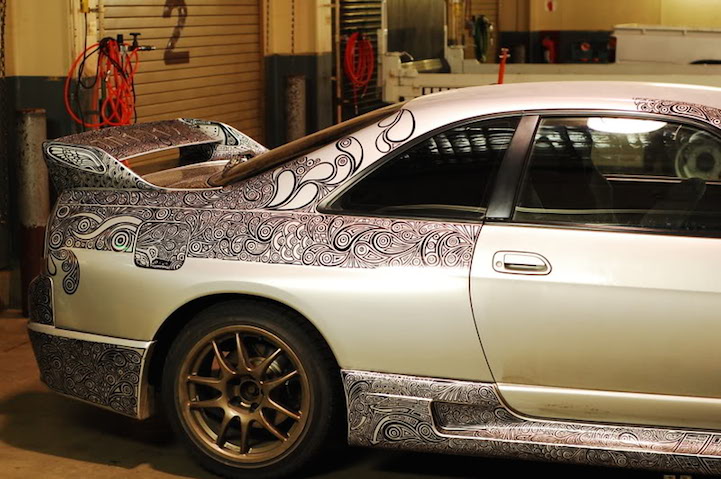 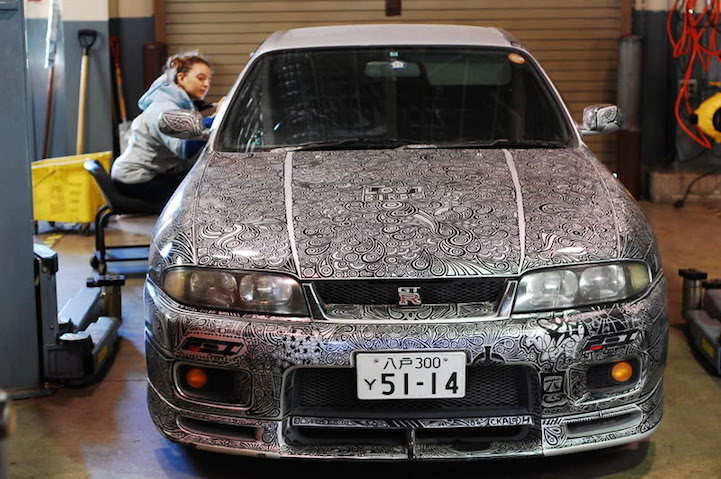 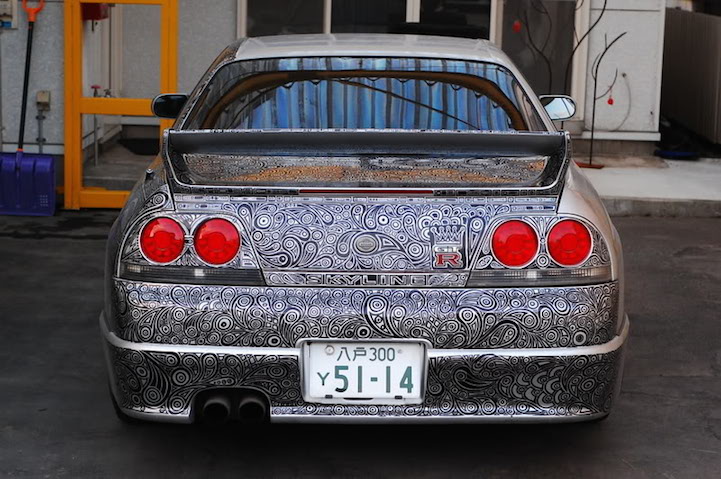 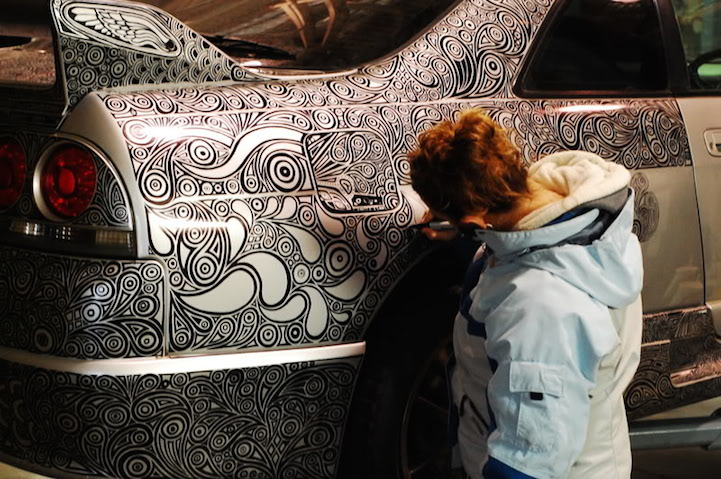 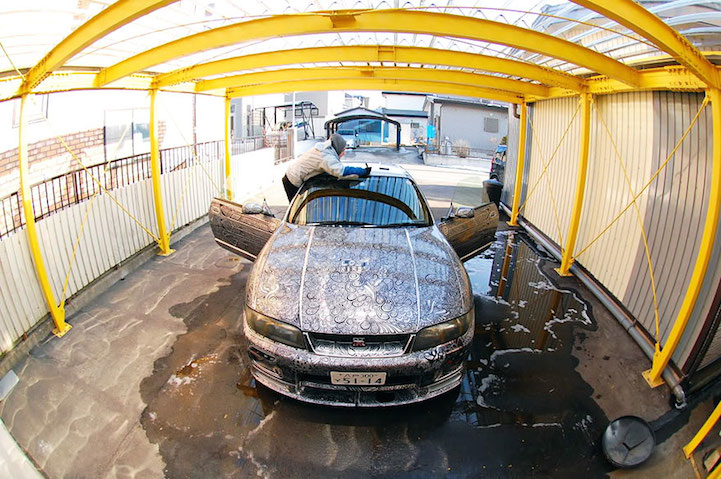 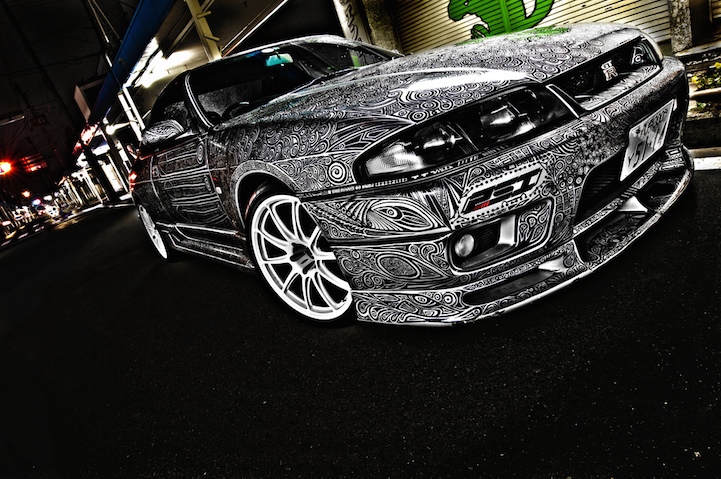