Woman Recreates Portraits of Ancestors From Over the Last 100 Years 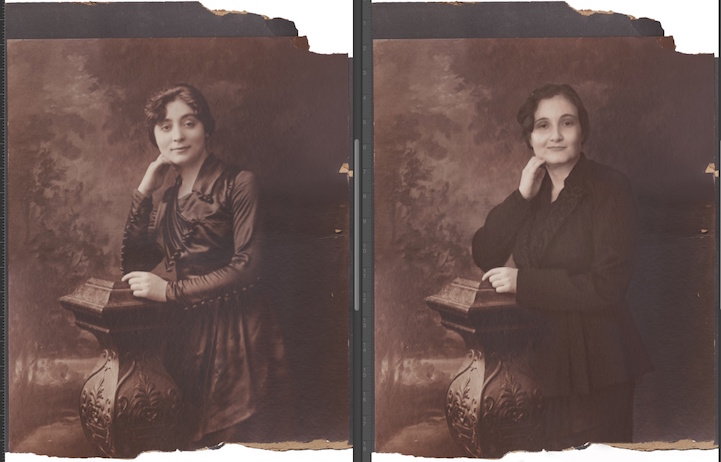 Personal historian Rachael Rifkin decided to embark on a creative personal project where she imagines herself as different people from her extended family. Working with a photographer, graphic designer, costume designer/makeup artist, and hairdresser, she recreated vintage portraits of her parents, grandparents, great-grandparents, and cousins. The similarities she and her team achieved are impressive as Rifkin convincingly imitates the facial expressions, poses, and outfits seen in the original photographs.

The ambitious project began after Rifkin found a picture of her maternal great-grandmother Fannie, which was taken in the early 20th century. Curious to see if she could emulate the sly smile in Fannie’s expression, Rifkin stood in front of the mirror. “I was surprised to find not only matching smirks, but a strong resemblance overall,” she recalls on her blog. “People always told me I looked like both my mom and dad, but it never occurred to me that I might look like anyone else.” After the discovery, Rifkin was on the hunt for family members that had complementary features and found eight relatives in which she bears a striking resemblance.

Rifkin’s series shows just how alike extended family can appear—in addition to our siblings and parents. “The idea is to get people thinking about the similarities and stories in their own families,” Rifkin explains, as she specializes in helping others write their life history. “I’ve had many people tell me that they regret not knowing more of their family stories.” Rifkin hopes that through her project, it will encourage others to take an active interest in their past. “Because the more we know about our family history,” she asserts, “the more we know about ourselves.” 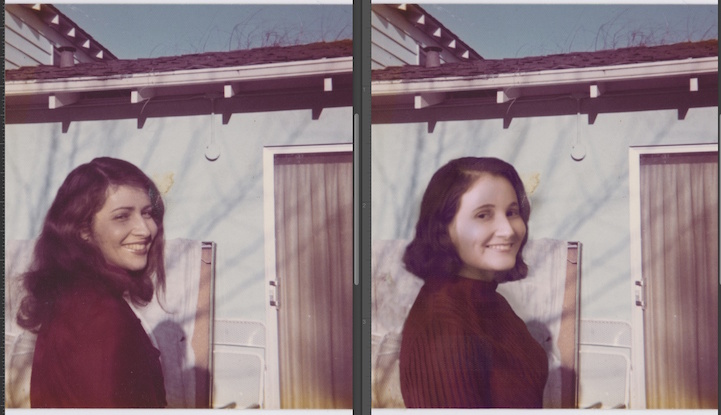 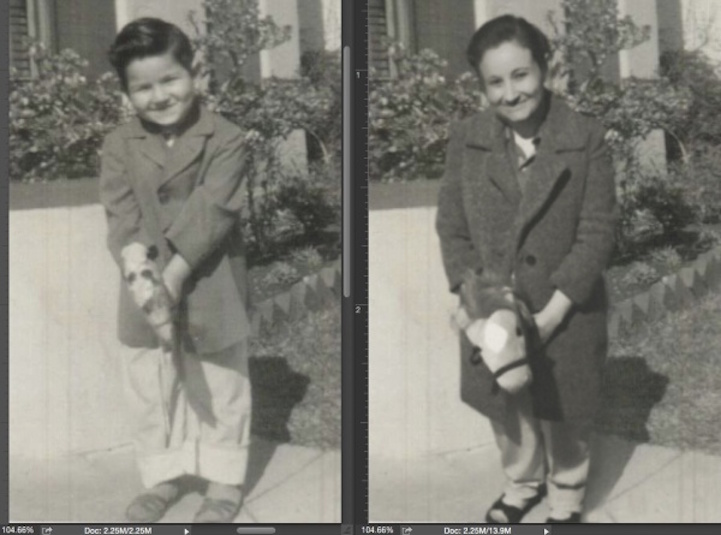 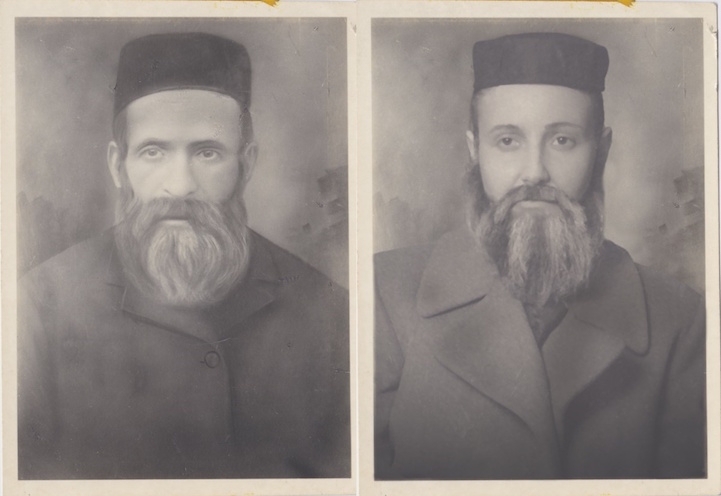 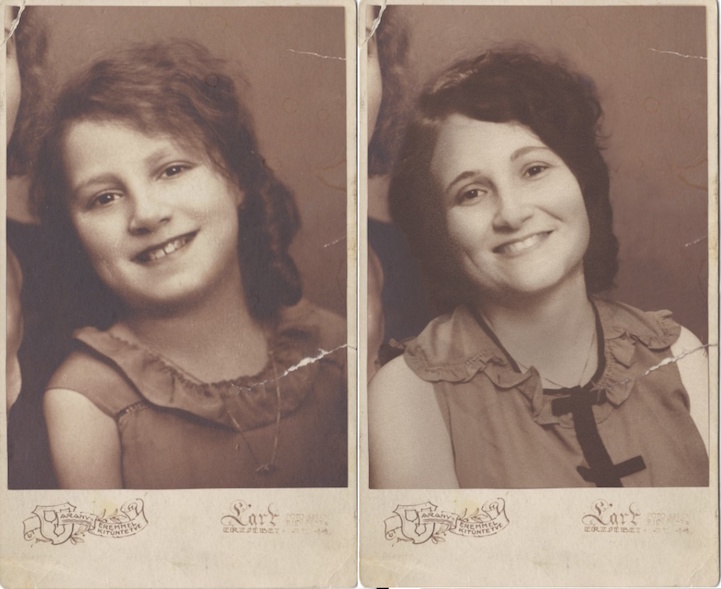 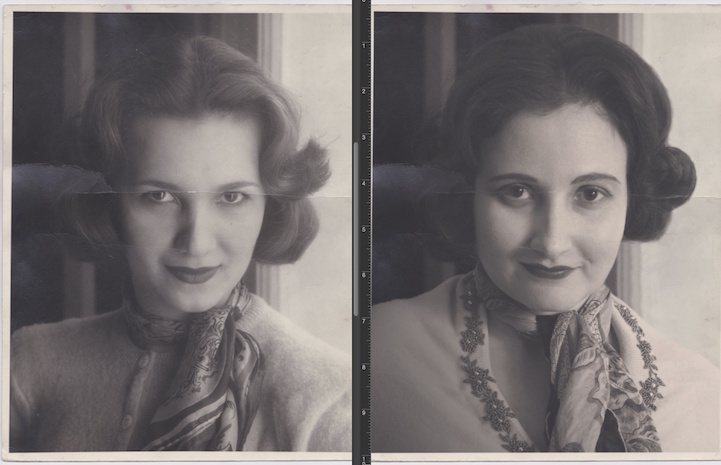 Rifkin recreated mostly vintage photographs, but she also imitated the contemporary styling of one cousin: 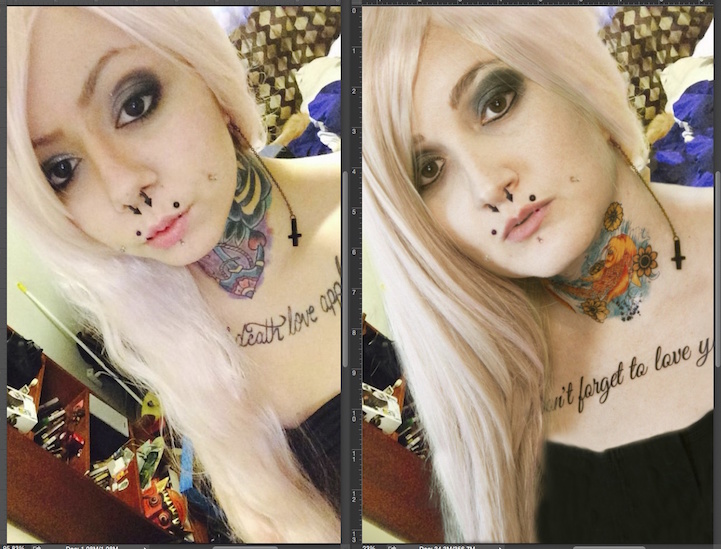