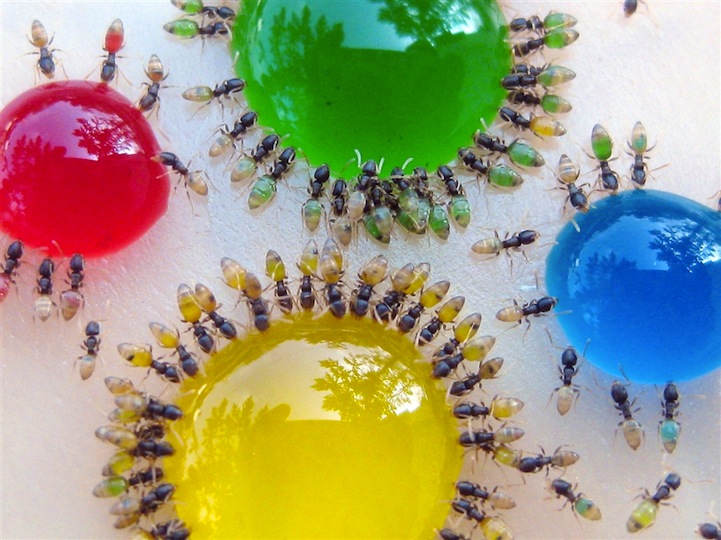 Imagine if people could actually look inside your stomach and see what you've eaten. How strange would that be? Well, for ants, that's a reality. Their transparent stomachs let us see what they've ingested based on color.

Photographer and scientist Mohamed Babu placed colorful sugar drops inside his garden and captured these ants while eating. “Some of the ants even wandered from one color to another, creating new combinations in their bodies,”Babu said. His inspiration? His wife who showed Babu that some ants turned white after drinking spilt milk. He placed the droplets on a paraffin base so that the drops kept their shape even while the ants were drinking the liquid. Babu shares that the preferred colors were green and yellow and that he had to reshoot several times because the crowd became unmanageable. Talk about an artistic scientific experiment! 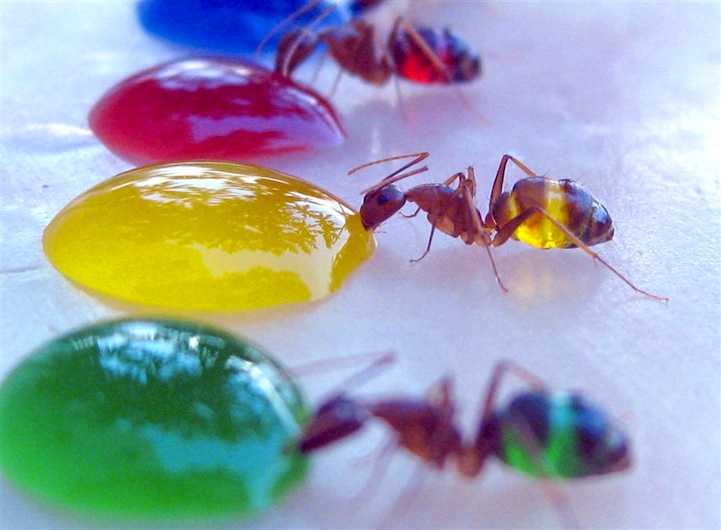 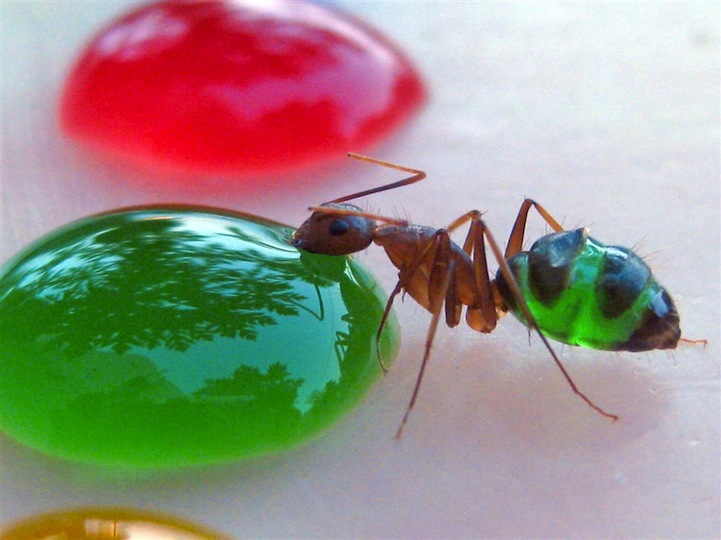