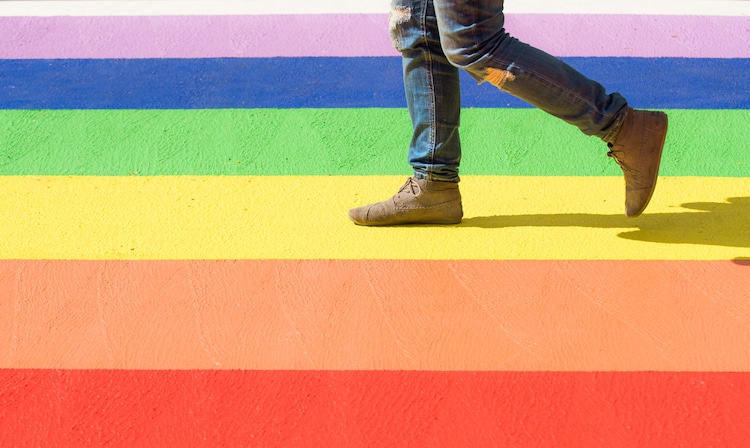 While 2020's Pride Month is looking a little different than usual, many cities across the United States are still finding ways to support and embrace the LGBTQIA+ community. In the past, many cities have painted rainbow flag crosswalks for the occasion, but now one city is getting permanently colorful. Key West has just revealed its new, vibrant crosswalks and they're here to stay.

The South Florida town was the first in the state to create rainbow crosswalks back in 2015. But when construction a few years ago caused them to be dug up, the city started looking for a new permanent solution. Now, four new crosswalks have just been inaugurated by Mayor Teri Johnston and other city officials.

While the original crosswalks were created by coloring in the empty space between white blocks, the updated versions are a bit more durable. Made from preformed thermoplastic, the long colorful stripes are permanently fixed to the street after being treated with propane torches. Located at the intersection of Duval and Petronia streets, they're positioned in the heart of Key West's entertainment district.

Rainbow crosswalks first popped up in the United States in 2012, when an intersection in West Hollywood, California was painted to celebrate Pride Month. Since that time, these colorful crosswalks have appeared in many cities, including Minneapolis, St. Louis, Atlanta, and San Diego.