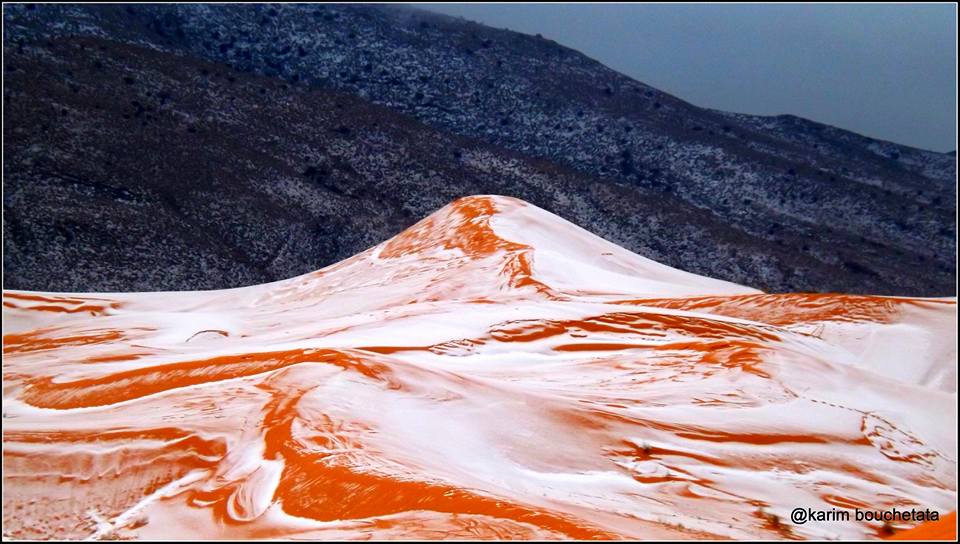 For the first time in 37 years, snow fell across the Sahara Desert. The largest hot desert in the world, the Sahara covers an area almost equivalent to the size of the United States. And just in time for the holidays, a festive sprinkling of snow rained down upon its sands. The wild event took place in the small town of Ain Sefra, Algeria, known as the “The Gateway to the Desert.” For one day, it was a gateway to a winter wonderland.

Luckily, photographer Karim Bouchetata was there to capture this rare weather occurrence. A light white powder dusted over the orange sand, creating a magical scene. “Everyone was stunned to see snow falling in the desert. It is such a rare occurrence,” Bouchetata said.  “It looked amazing as the snow settled on the sand and made a great set of photos. The snow stayed for about a day and has now melted away.”

The last significant snowfall in the Sahara occurred on February 18, 1979, and lasted for about 30 minutes. While dustings happened in 2005 and 2012, this is the first significant amount of snow the arid area has experienced in nearly four decades. 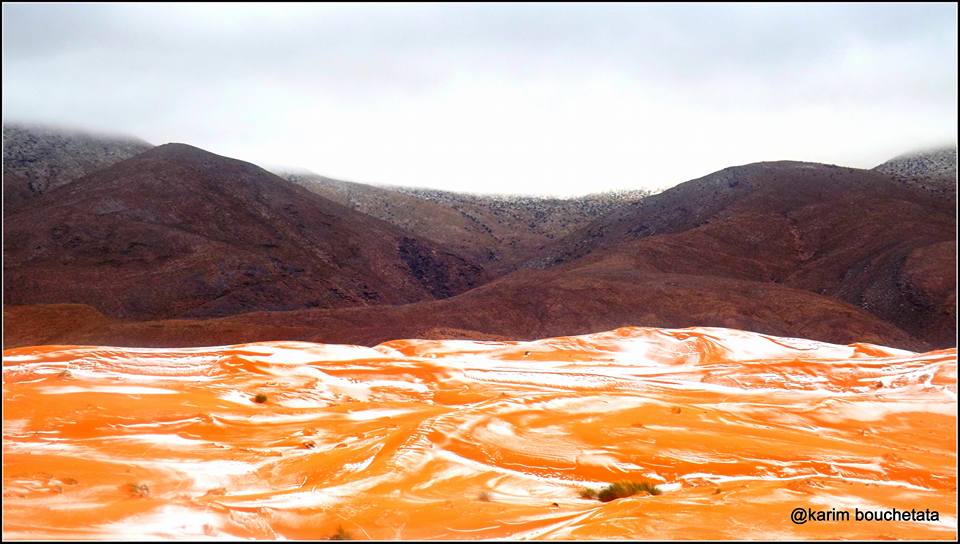 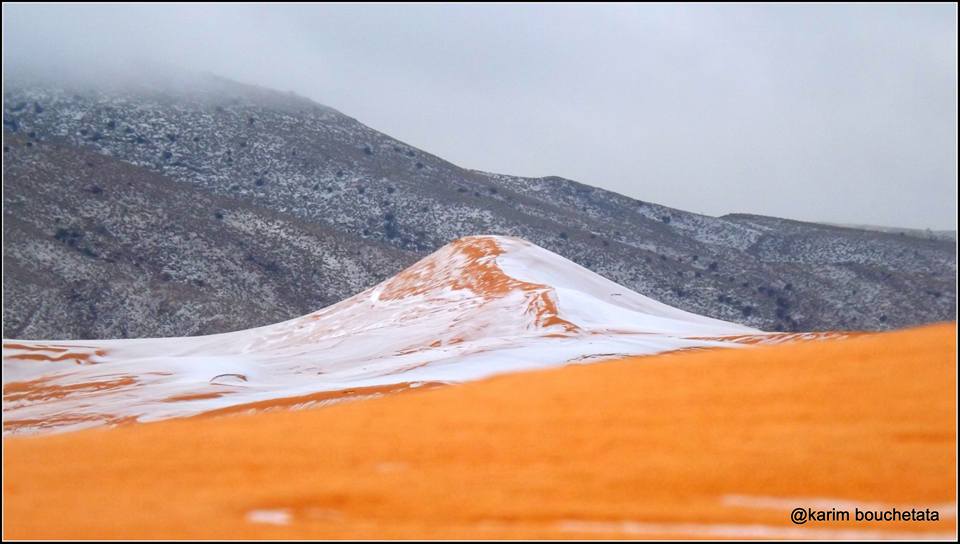 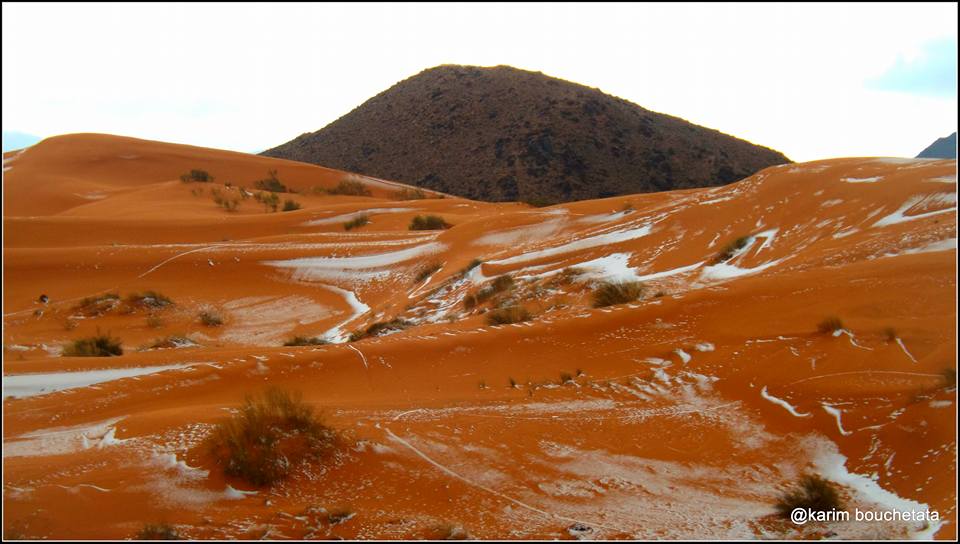 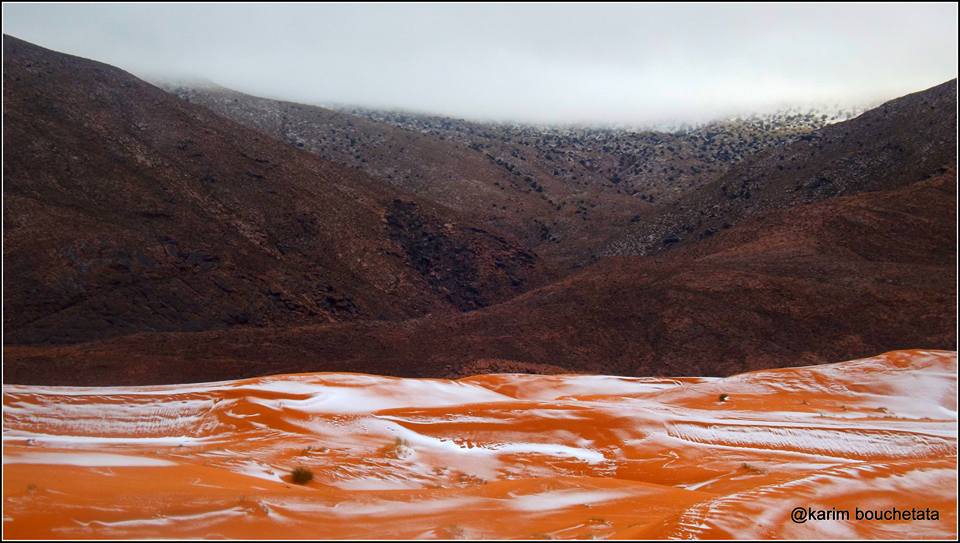 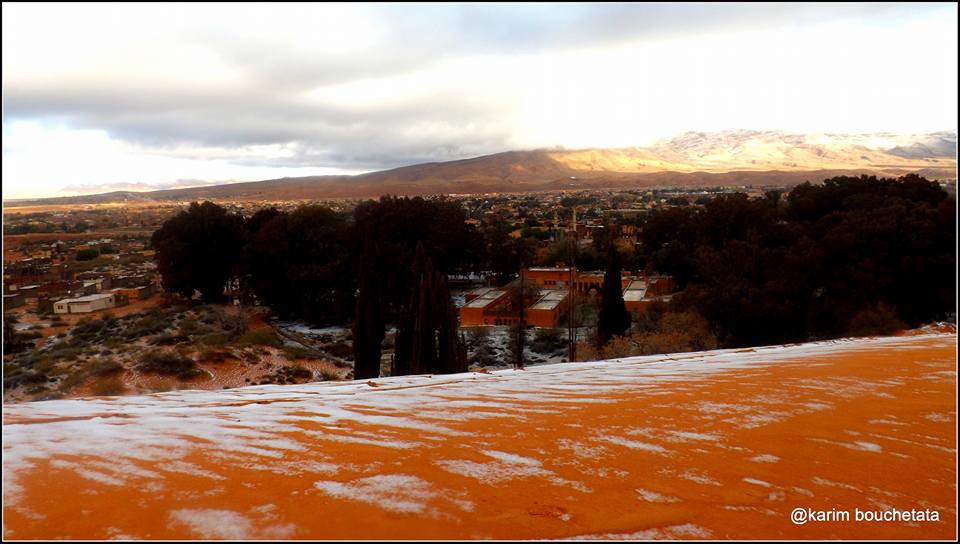 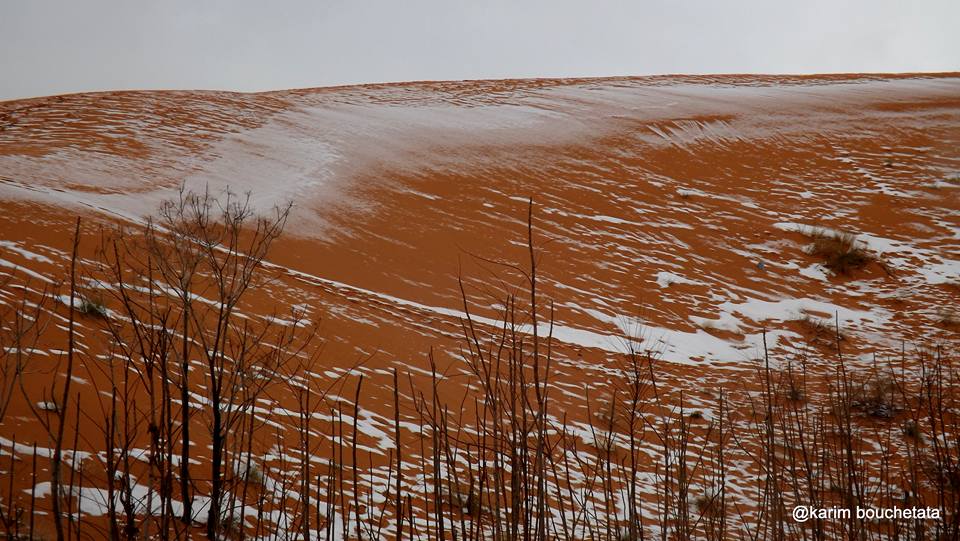 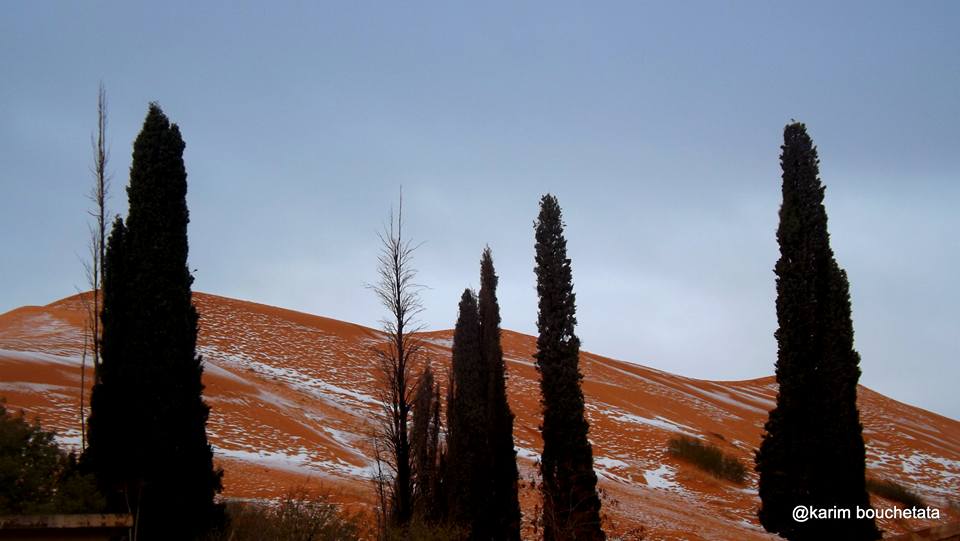 All images via Karim Bouchetata.