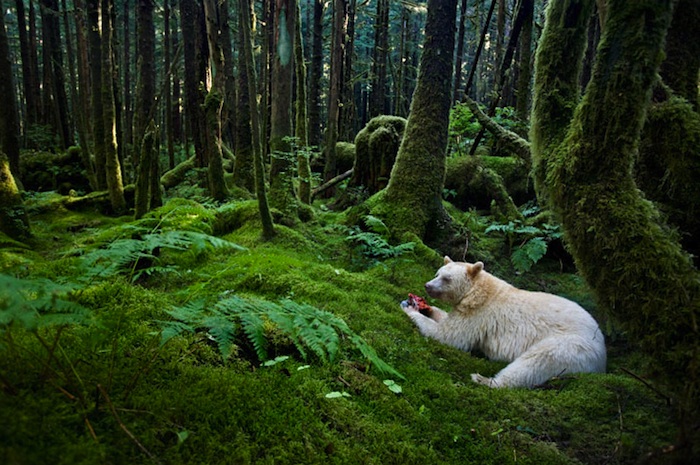 Have you ever seen a black bear that was actually white? Known as the spirit bear or the Kermode bear, this revered and rare creature is found almost exclusively in the a moss-draped rainforest in British Columbia, Canada's Great Bear Rainforest.

For National Geographic's August issue, photographer Paul Nicklen captured the spirit bear in all its glory. With a population of only about 400 to 1,000, the white bear is a rare sight to behold.

Just how do they get that color? “Scientists know how black bears are born white. They're just not sure why,” says Bruce Barcott of National Geographic. “The phenomenon, known as Kermodism, is triggered by a recessive mutation at the MC1R gene, the same gene associated with red hair and fair skin in humans. To be born white, a bear must inherit the mutation from both parents. The parents themselves don't have to be white. They just need to carry the recessive mutation. So it's not uncommon for white bears to be born to black parents.” 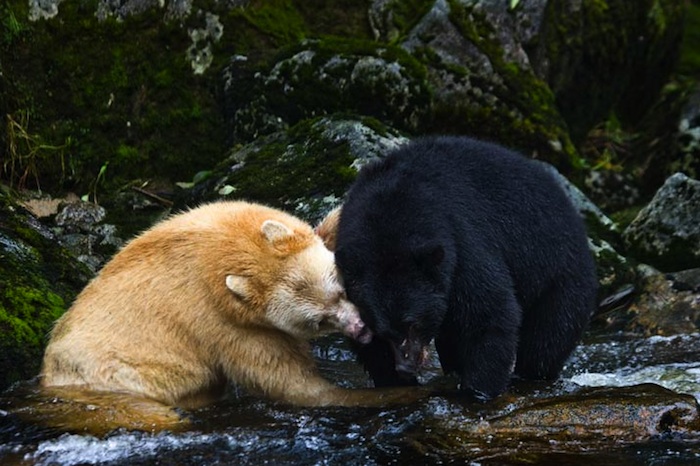 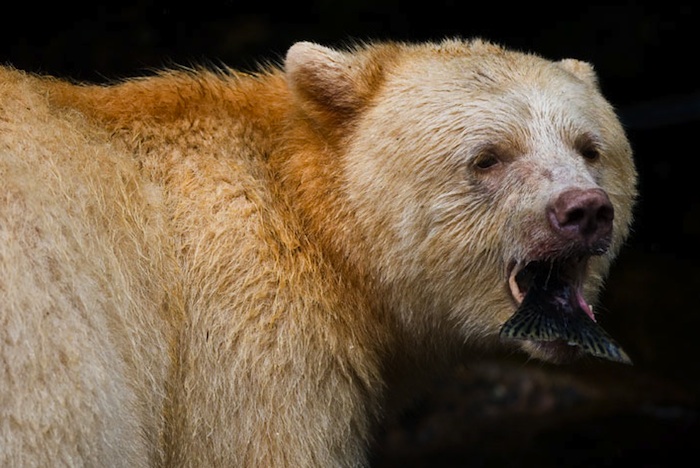 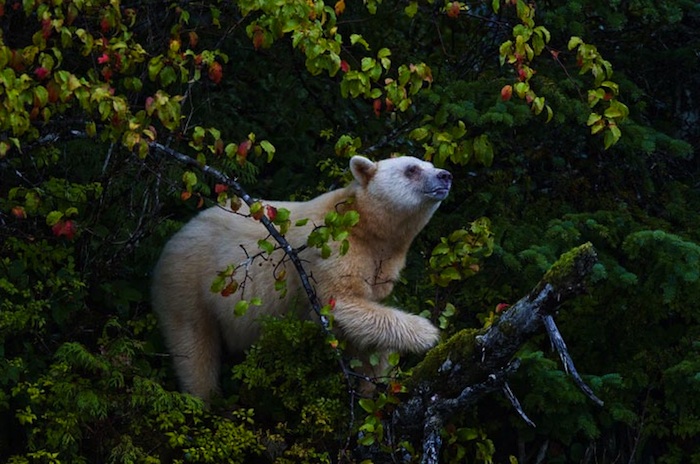 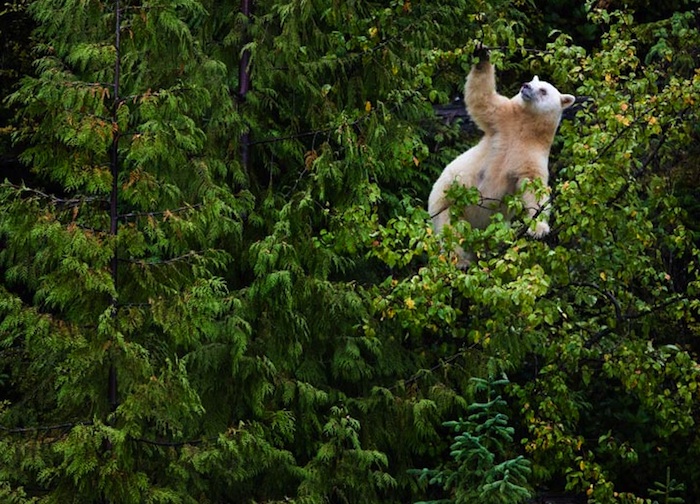 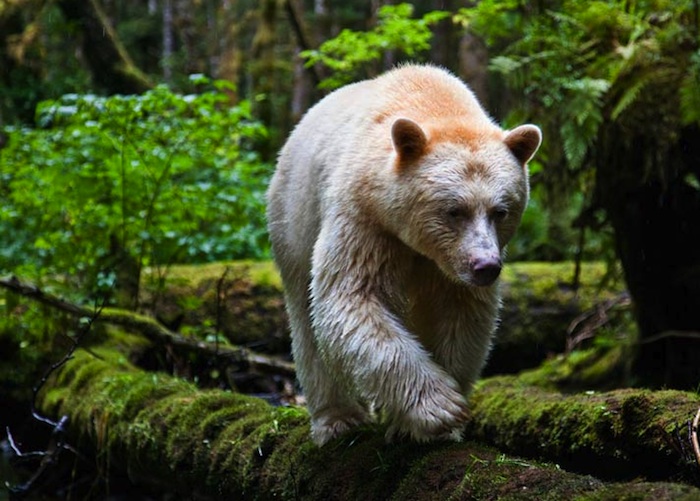 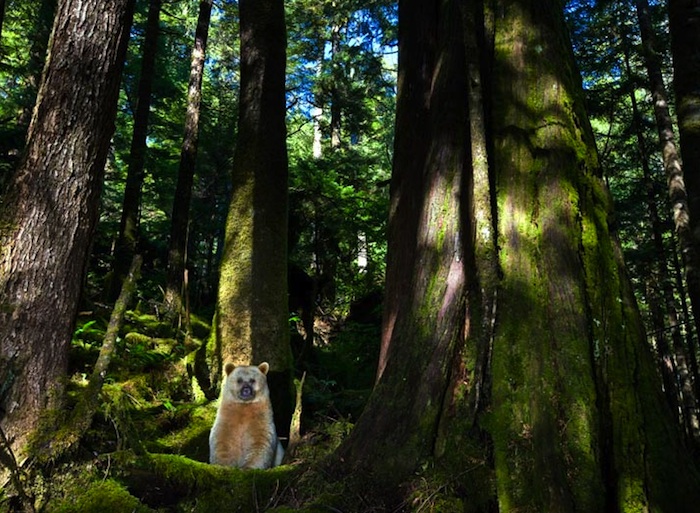 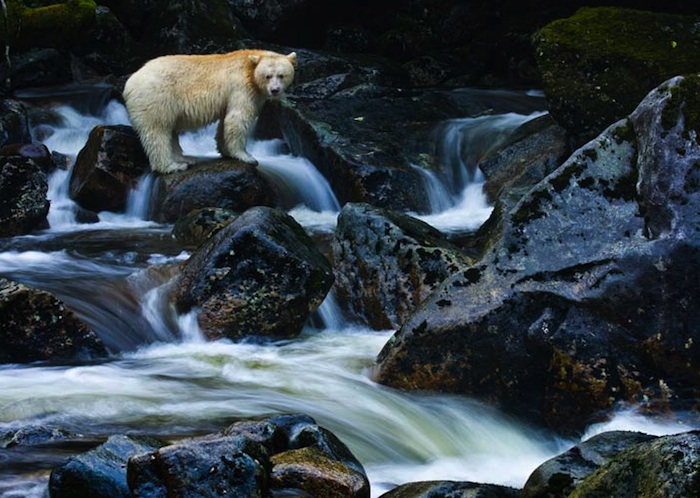 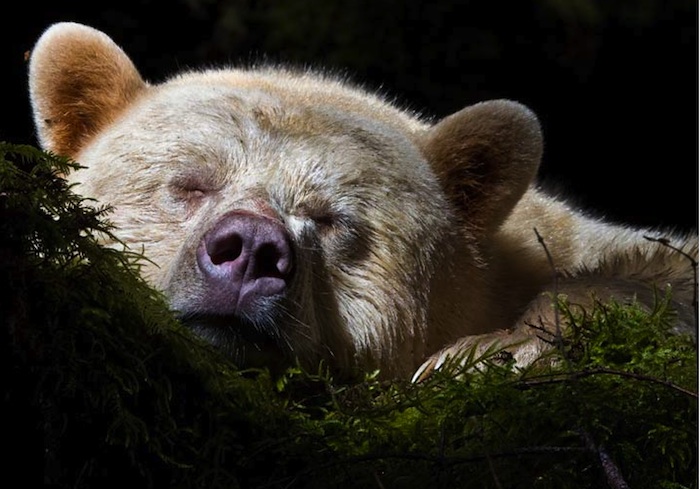