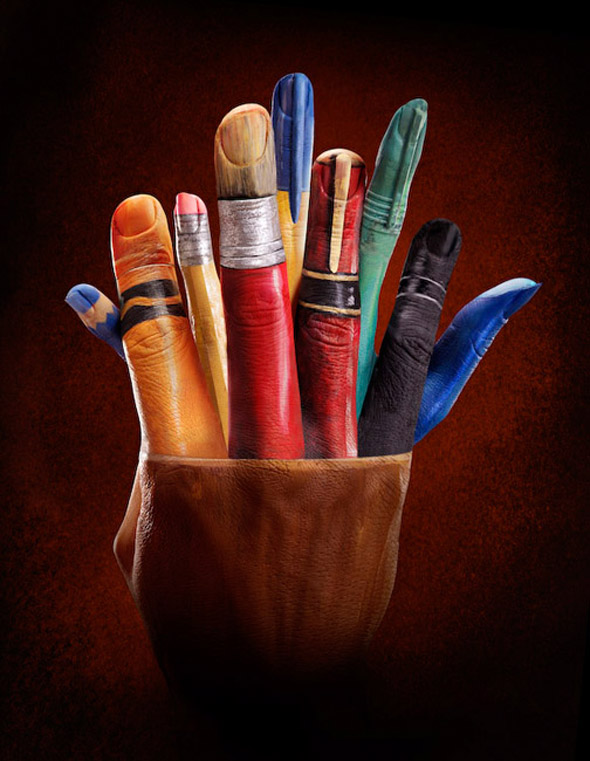 They say that the human hands are the most difficult subjects to illustrate, but I wonder how it compares in difficulty to painting directly on them. Instead of simply drawing a pair of hands, these series of images by photographer Ray Massey use palms, fingers, fingernails, and fists as the canvas for some incredibly illusionary body art. As an advertising campaign for Ecclesiastical Insurance Group, Massey teamed up with body paint experts Annie Miller and Annie Ralli to transform some patient Body London models' hands into creatively deceiving objects, architecture, and scenes.

The campaign, headlined by the witty slogan You're in Good Hands, presents eight craftily executed eye illusions that may draw anything from a simple smirk to a jaw-dropping state of awe from the viewer. Perhaps one of the most effective illusions in the series is the Finger Pen. You may have to do a double-take because that isn't simply a hand holding a pen atop a blank sheet of paper. In fact, there is no pen. That hand is merely gripping its own expertly painted finger.

Check out the video, below, to take a look at the time and effort that went into the making of the photos. 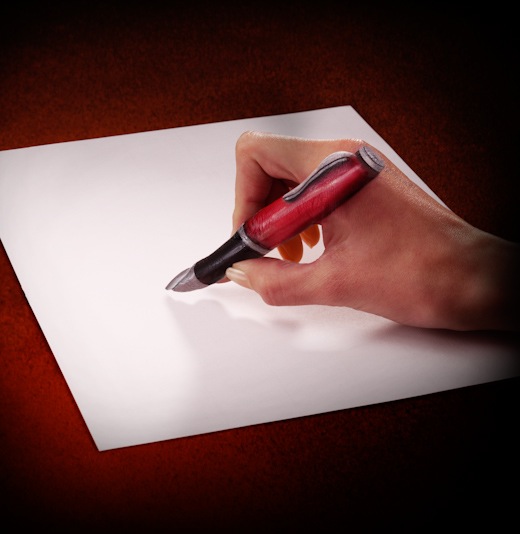 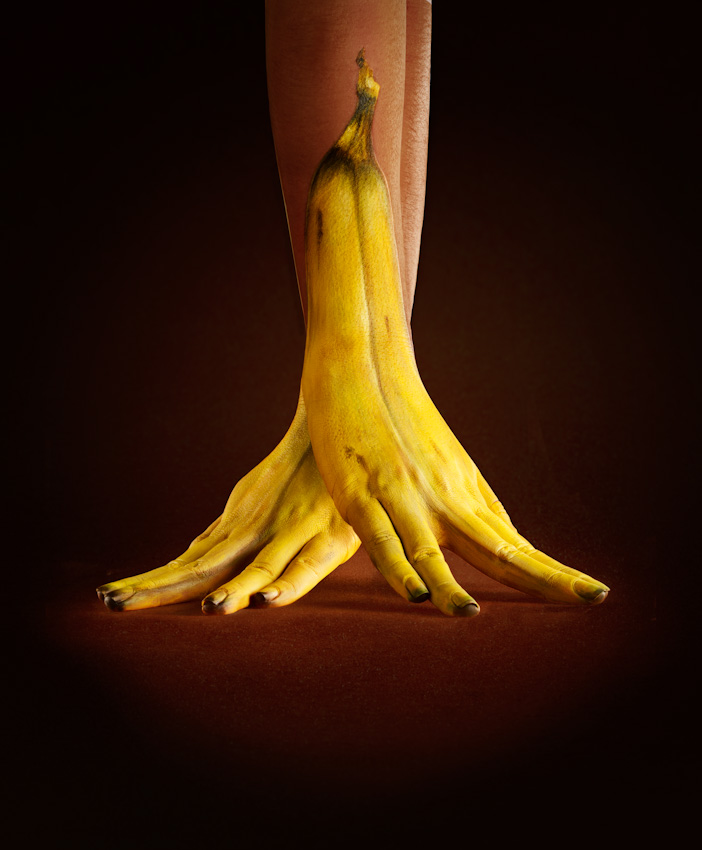 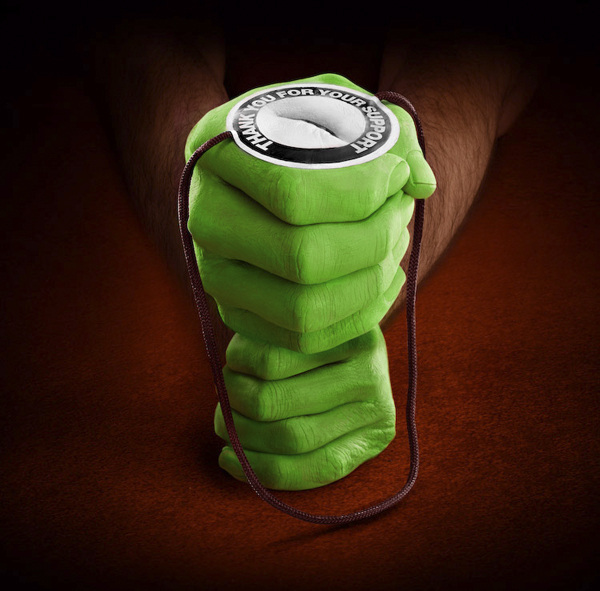 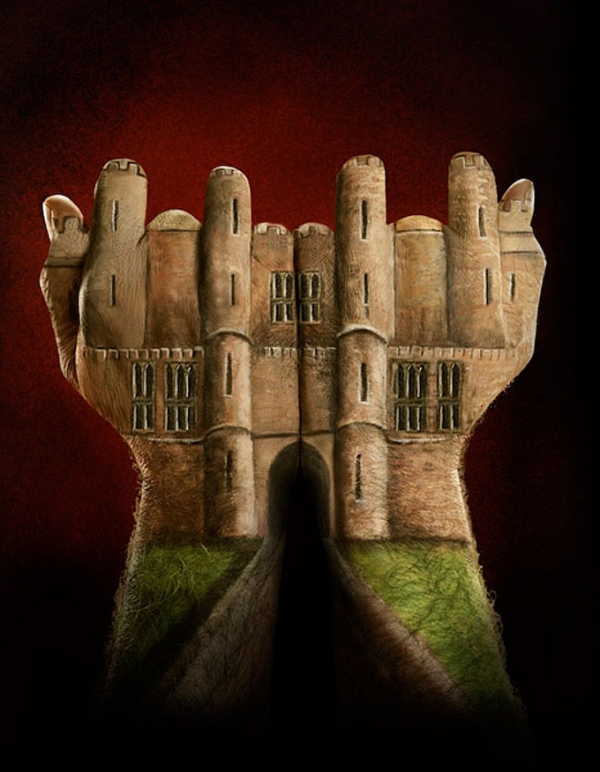 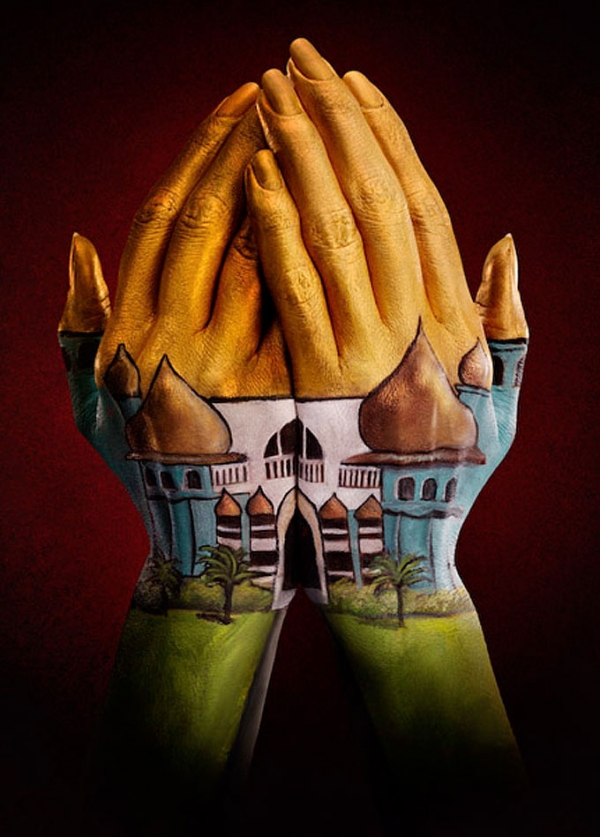 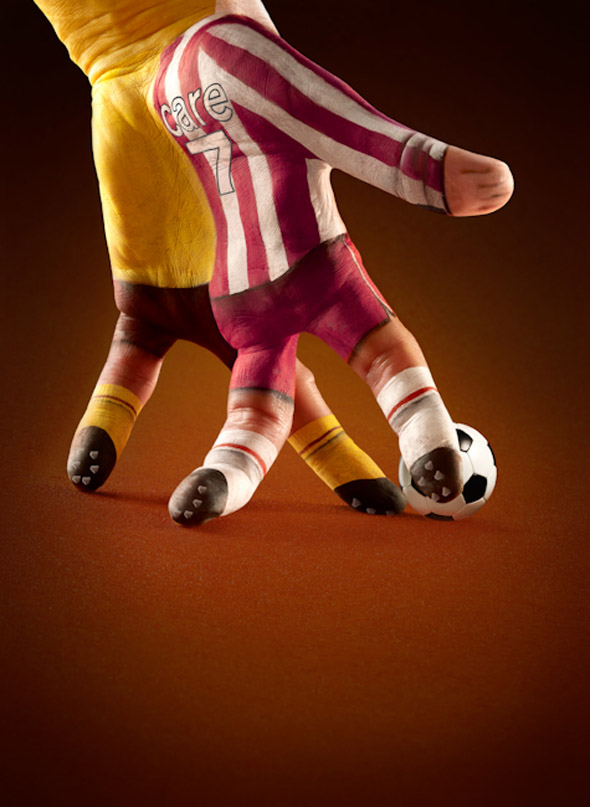 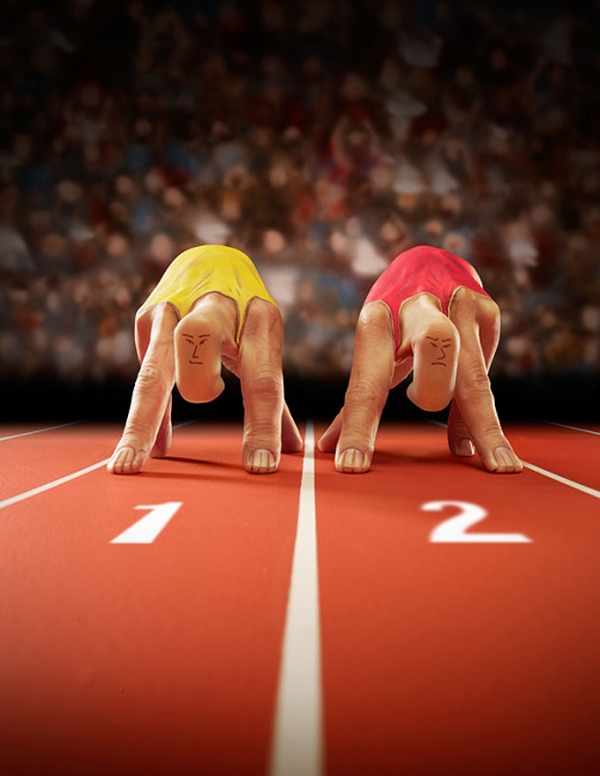