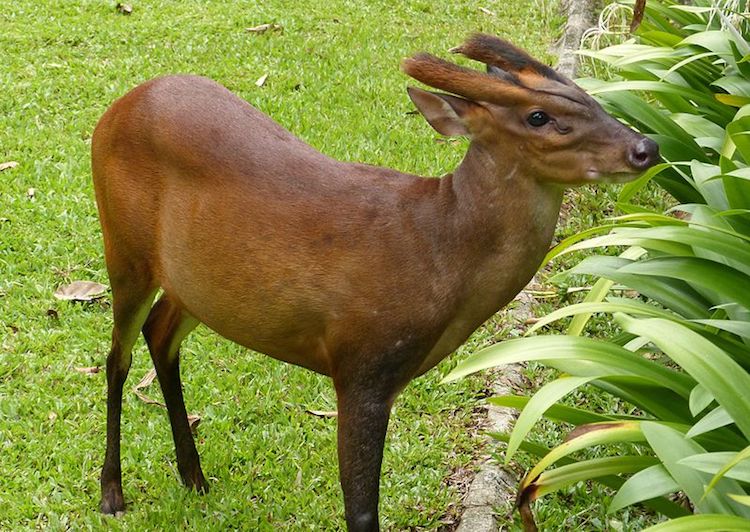 Found in south Asia, it has soft, short, brownish or greyish hair and is omnivorous, feeding on grass, fruits, shoots, seeds, birds' eggs as well as small animals. It sometimes even displays scavenging behavior, feeding on carrion. It gives calls similar to barking, usually upon sensing a predator. Males are extremely territorial and–despite their diminutive size–can be quite fierce. They will fight each other for territory using their antlers or their tusk-like upper canine teeth, and can even defend themselves against certain predators such as dogs.

The markhor is a large species of wild goat that is found in northeastern Afghanistan and Pakistan. The species is classed by the IUCN as Endangered, as there are fewer than 2,500 mature individuals. The markhor is the national animal of Pakistan. While chewing the cud, a foam-like substance comes out of its mouth which drops on the ground and dries. This foam-like substance is sought after by the local people, who believe it is useful in extracting snake poison from snake bitten wounds. 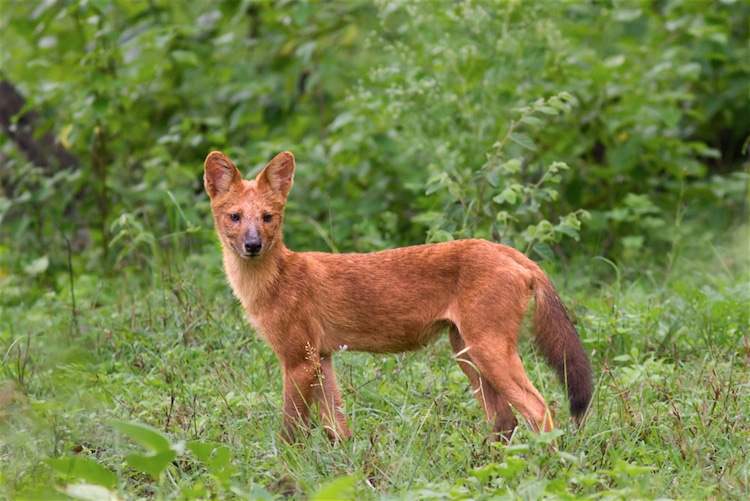 The dhole is a species of canid native to South and Southeast Asia. The dhole is a highly social animal, living in large clans which occasionally split up into small packs to hunt. It primarily preys on medium-sized ungulates, which it hunts by tiring them out in long chases, and kills by disemboweling them. Though fearful of humans, dhole packs are bold enough to attack large and dangerous animals such as wild boar, water buffalo, and even tigers.

The Raccoon Dog, or Tanuki, is a canid indigenous to East Asia. The raccoon dog is named for its resemblance to the raccoon, to which it is not closely related. They are very good climbers and regularly climb trees.

The Cyphonia Clavata is a species of treehopper that has an ant-like appendage growing out of its head that hides the treehopper's actual body from predators.

Also known as The Sunda flying lemur, it is not actually a lemur and does not fly. Instead, it glides as it leaps among trees. It is strictly arboreal, is active at night, and feeds on soft plant parts such as young leaves, shoots, flowers, and fruits. The Sunda Coluga can be found throughout Southeast Asia in Indonesia, Thailand, Malaysia, and Singapore. 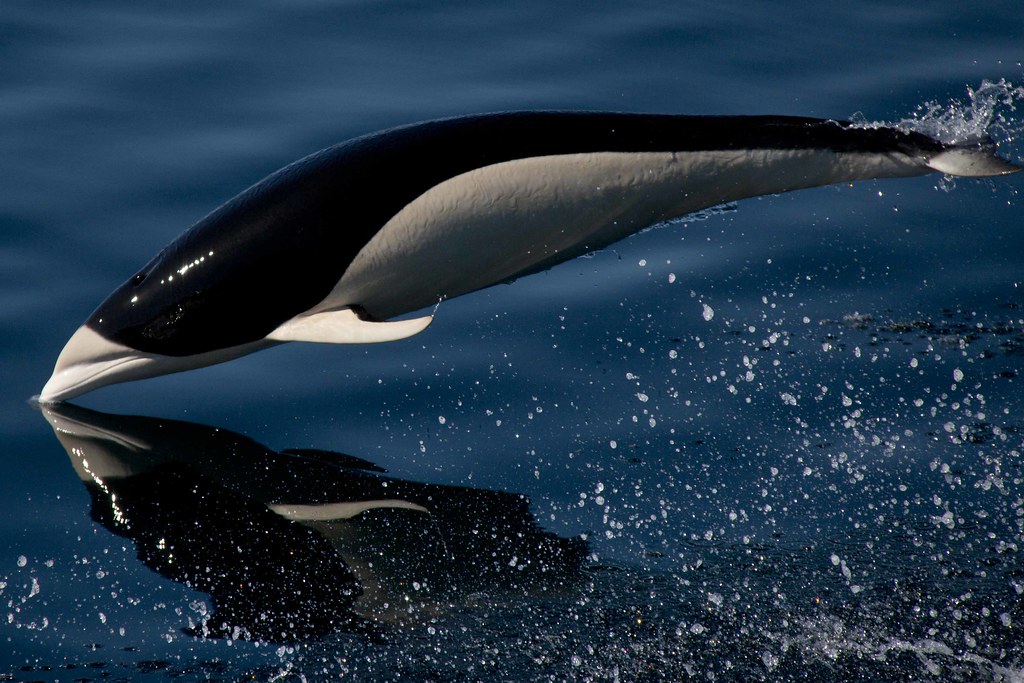 The southern right whale dolphin is a small and slender species of mammal found in cool waters of the southern hemisphere. They are fast active swimmers and have no visible teeth and no dorsal fin. They are very graceful and often move by leaping out of the water continuously. 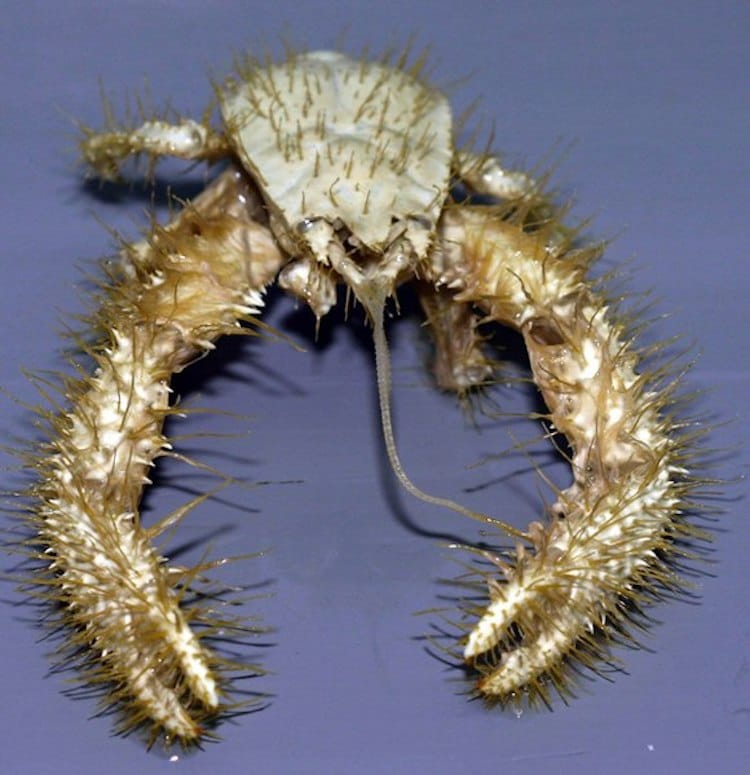 Also known as the Kiwaidae, this crab is a type of marine decapod living at deep-sea hydrothermal vents and cold seeps. The animals are commonly referred to as “yeti crabs” because of their claws and legs, which are white and appear to be furry like the mythical yeti. 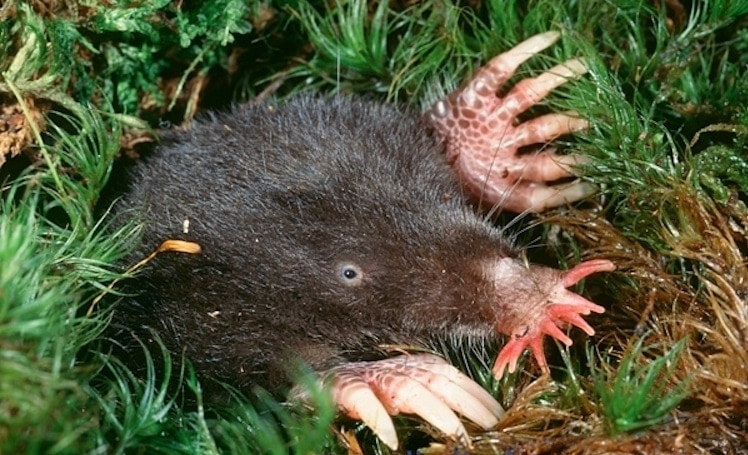 The star-nosed mole is a small mole found in wet low areas of eastern Canada and the northeastern United States. It is easily identified by the 11 pairs of pink fleshy appendages ringing its snout, which is used as a touch organ with more than 25,000 minute sensory receptors, known as Eimer's organs, with which this hamster-sized mole feels its way around.

The lamprey is a type of jawless fish that live mostly in coastal and fresh waters whose adults are characterized by a toothed, funnel-like sucking mouth. They attach themselves to fish and suck their blood. Lampreys have been around for nearly 300 millions years and their body structure has remained relatively unchanged. (Second image via Wikimedia Commons) 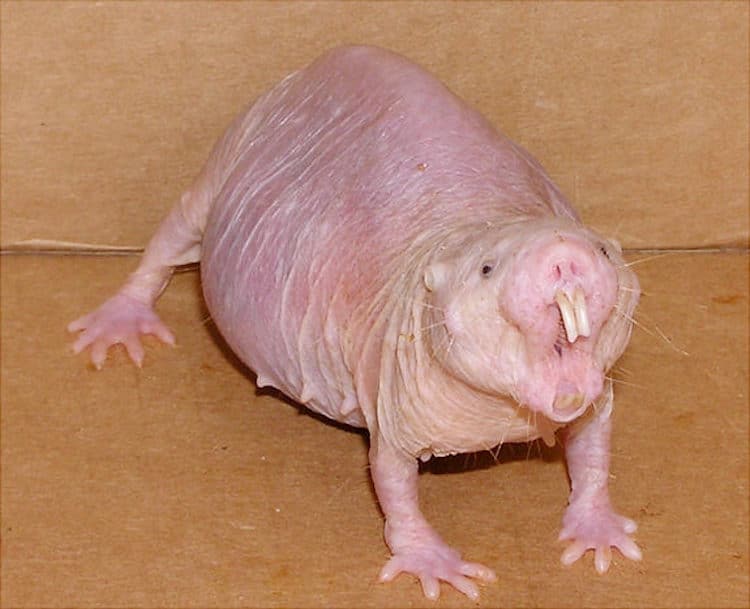 This creature has a lot of characteristics that make it very important to human beings. For one it is resistant to cancer. They also live up to 28 years, which is unheard of in mammals of its size. It seemingly does not age much in those 28 years either. It remains “young, healthy and fully fertile for almost all its days, which for an elderly animal is equivalent to an 80-year-old woman having the biological make-up of someone 50 years younger.” The naked mole rat is used in both cancer research and the study of aging. Not only making it a bizarre creature, but an incredibly important creature as well.

12 Adorable Animals the Internet Fell in Love With