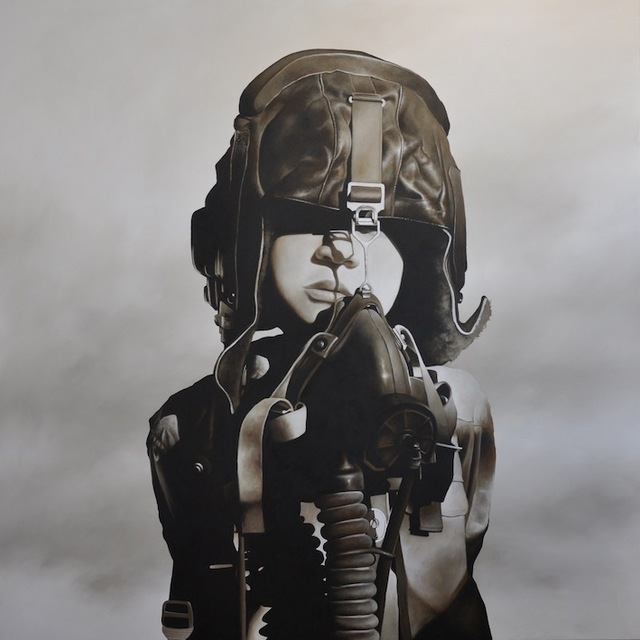 Michael Peck is an Australian realist artist with an immense amount of talent. His monochromatic paintings have powerful meaning and symbolism hidden within each piece that relates to the WWII era. “I think that this exhibition for me is really my way of exploring and trying to understand what happened in my grandparent's generation,” says Peck .

The artist believes that all of the pieces entice different emotions and memories for different viewers. Therefore his paintings do not have one specifically obvious meaning. “I'm not trying to make my painting too scripted. I don't want people to be like, ‘I know what he's saying, I get it.' I rather them connect emotionally. People come up to me and tell me their experiences and how a specific painting relates to them, memories from their past. They tell me the feeling that this painting gives them.”

Peck says that he was inspired by his grandfather, whom he realized was a part of a sad and lost generation. “It was about WWII and most people from that generation don't speak of those memories. They're too traumatic,” he explains. When looking through old family photos he noticed one of his grandfather who was 19-years-old at the time. When he asked his grandfather about the photo, his grandfather replied that it was taken when he was on leave in London. An airplane had crashed. Seeing the wreckage, a whole group of children excitedly played with the plane as if it was play equipment. “This idea of children transforming something from war into something of which can be played in was quite beautiful,” said Peck. 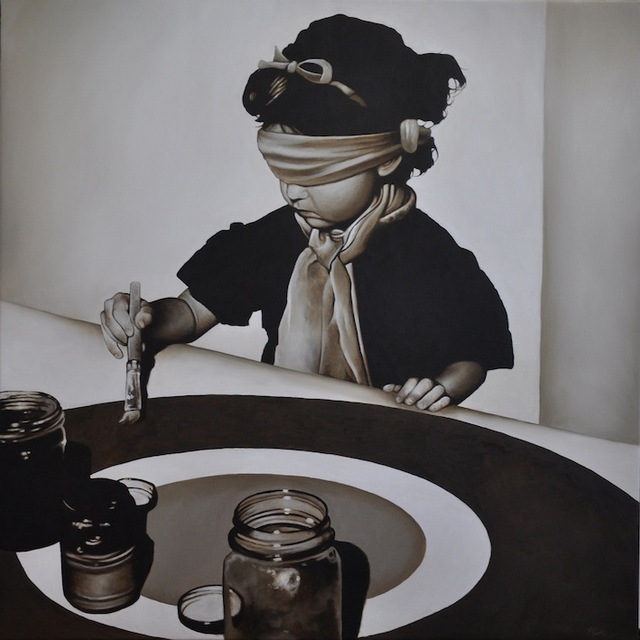 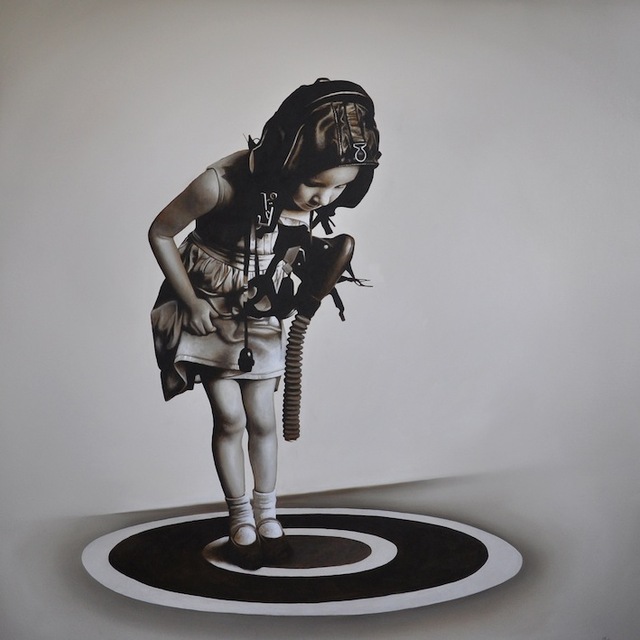 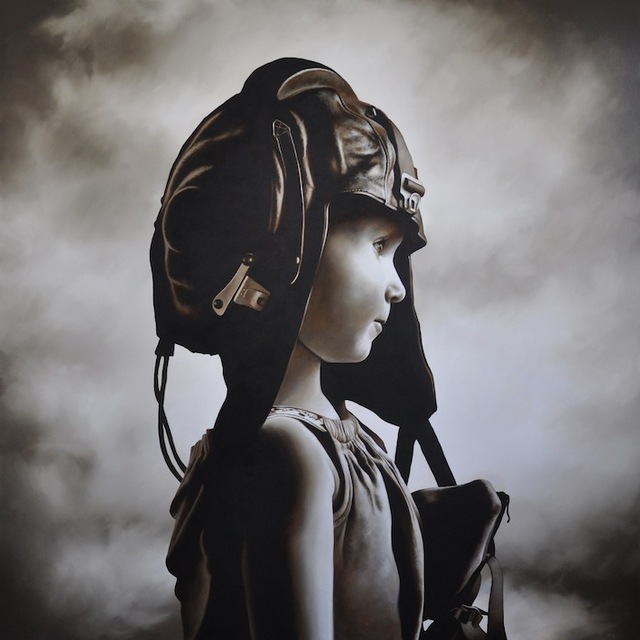