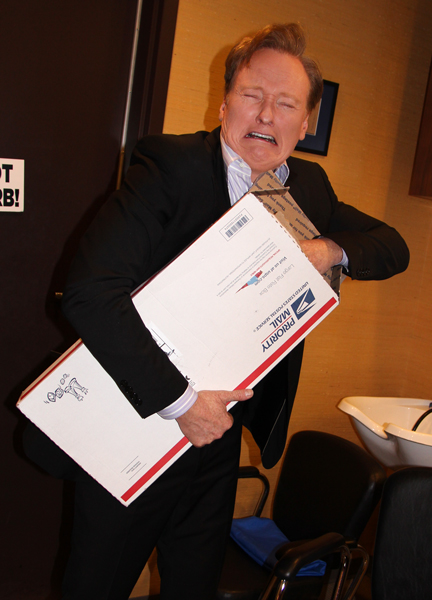 Hilarious comedian and talk show host Conan O'Brien is the focus of Reasons My Talk Show Host Is Crying, a blog parodying the viral hit Reasons My Son Is Crying. From a monologue joke being received with laughter and getting fan mail to “too many” oranges being in a bowl, the talk show host is captioned with ridiculous things that have caused him to blubber like a big baby. The illogical yet hilarious motives behind his crying fits are complemented by the funny man's scrunched up, over-the-top, sobbing face.

The series includes six images procured by Team Coco and shared through Tumblr with the same exact blog design as its inspiration. Funny enough, Greg Pembroke has since shared an image of his son reacting to the discovery of Conan's parodying blog with the caption “Conan O'Brien ripped him off!“ 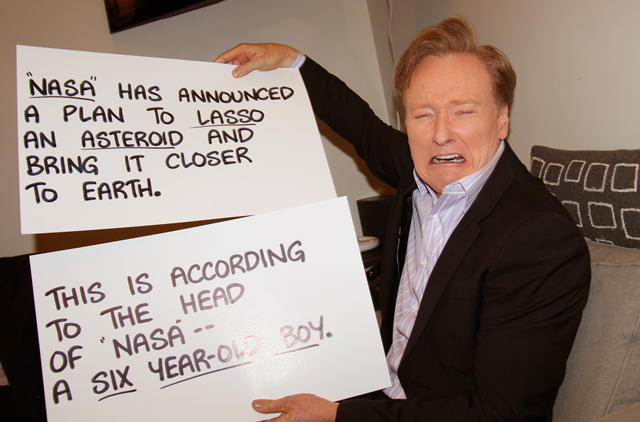 “The audience laughed really hard at this monologue joke.” 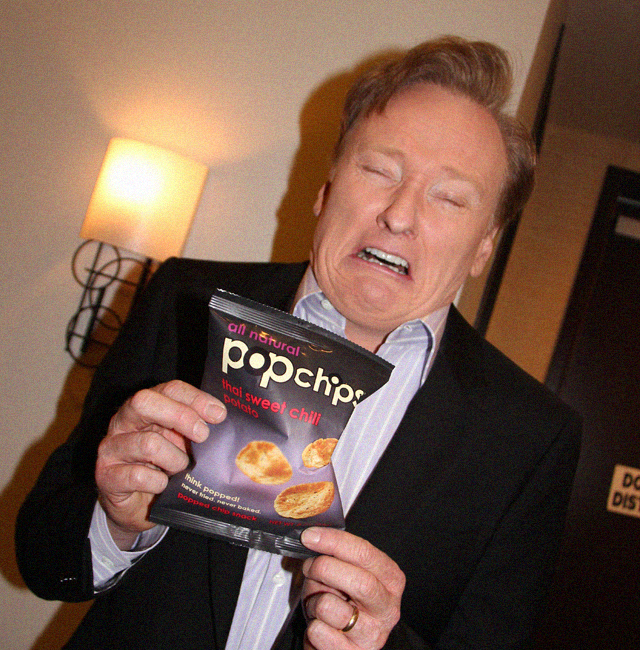 “We gave him his favorite snack to eat.” 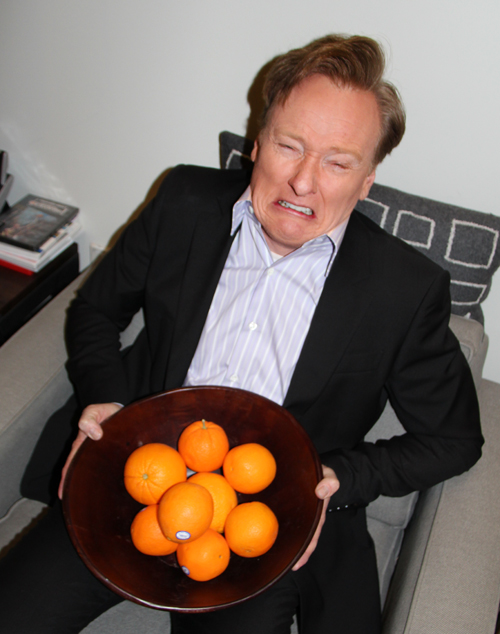 “There were too many oranges in this bowl.” 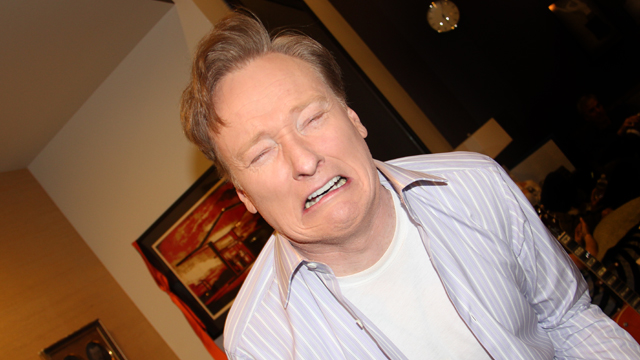 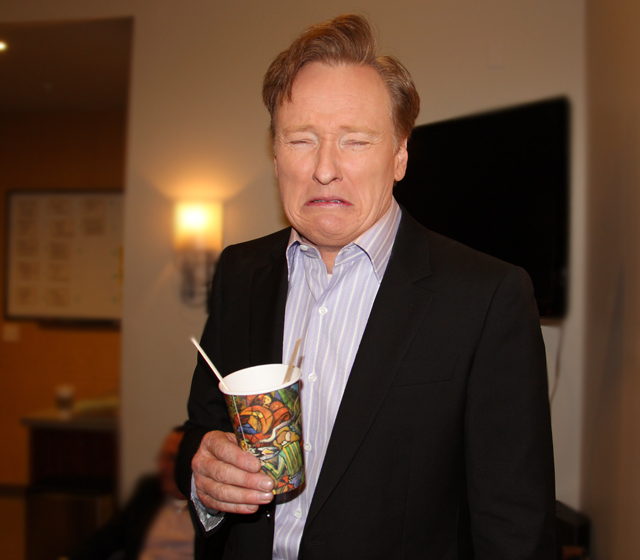 “It took more than 0 seconds to get him his coffee.”