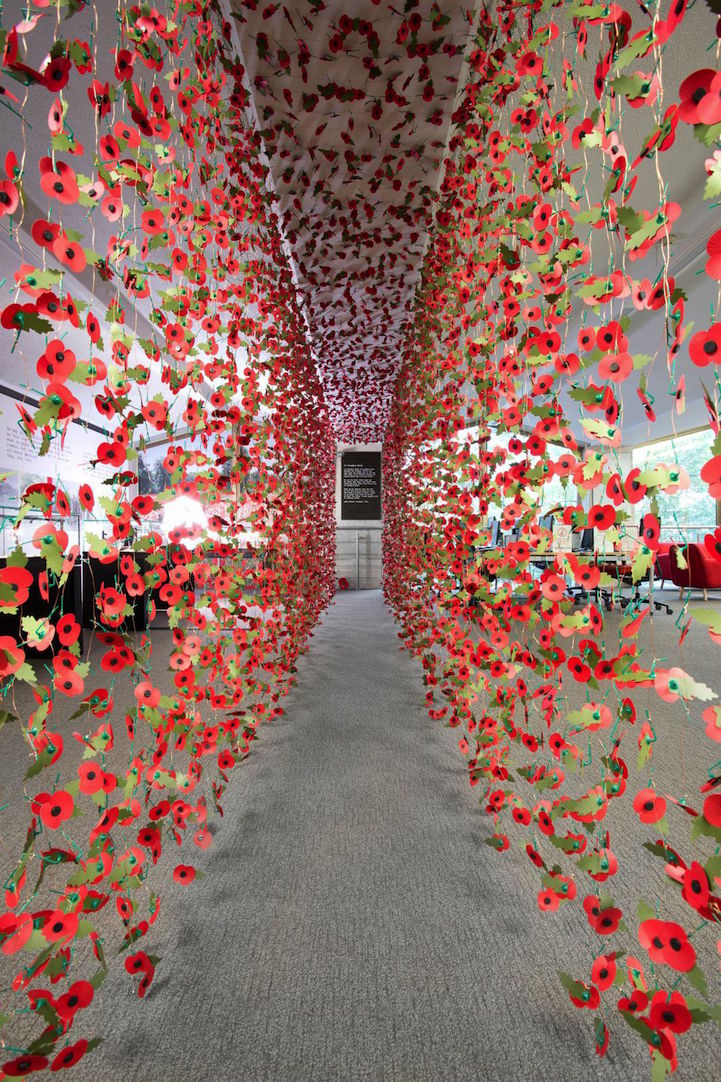 Since 1921, the remembrance poppy has been used to honor the soldiers who have died in war. Today, they're mainly used in the UK and throughout the Commonwealth to show tribute to those servicemen and women who have been killed in conflicts since 1914. If you'll remember, late last year we showed you the stunning installation Blood Swept Lands and Seas of Red where artist Paul Cummins surrounded the Tower of London with an astounding 888,246 handmade poppies, each one representing a British or Commonwealth person who died during World War I.

Rebecca Louise Law, the artist who creates beautiful upside down gardens that suspend from the ceiling, recently made Poppy, two curtains of remembrance day poppies that were sewn together, leading to a plaque that had John McCrae's famous poem “In Flanders Fields”. (Before remembrance poppies were adopted by military veterans' groups in parts of the former British Empire, they were used by the American Legion to commemorate American soldiers killed in World War I. “In Flanders Field” was the poem that inspired the use of poppies.)

The installation was comprised of 8,000 paper poppies that were hung on copper wire. It took a team of four people one week to create. The piece was sponsored by the British Legion and was part of the Beef Tea to Battleships – World War One exhibition at the Guildhall Library in London. You can read more about that exhibition, here.

It is no longer showing but you can see two of Rebecca's other works right now; Flowers 2015: Outside In at the Viacom building in New York  and The Grecian Garden, 2014 at the Onassis Cultural Centre in Athens. 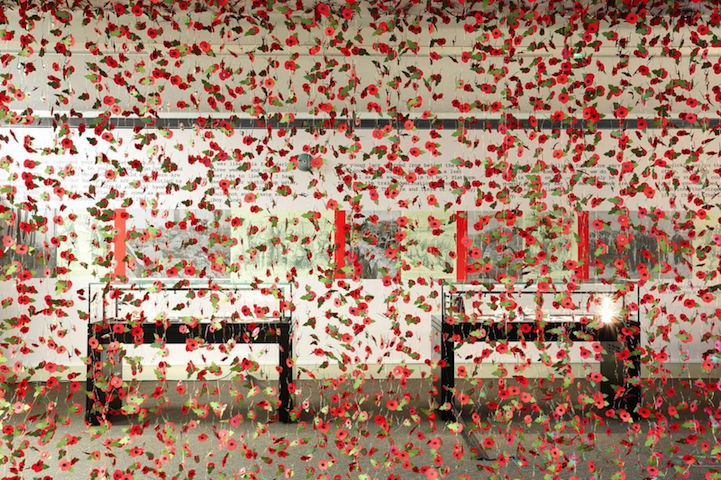 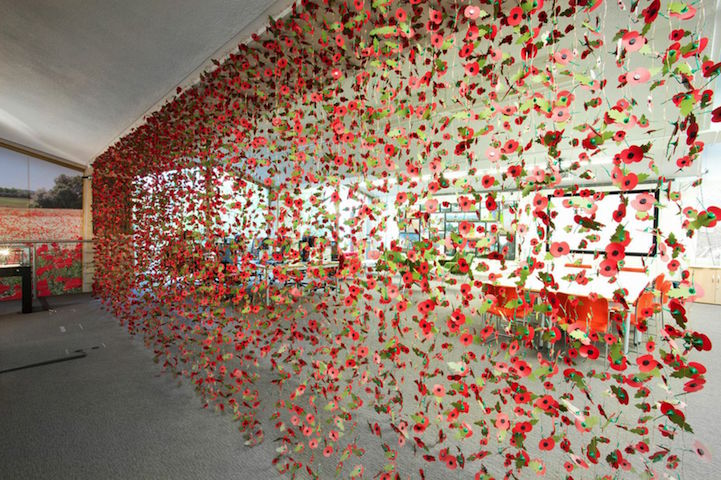 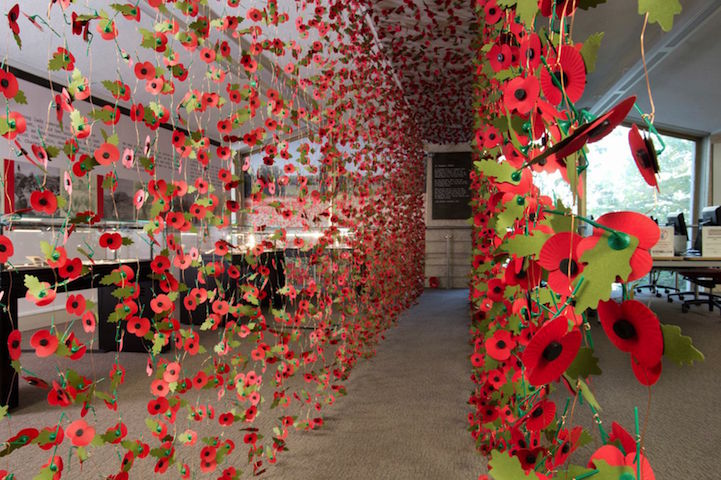 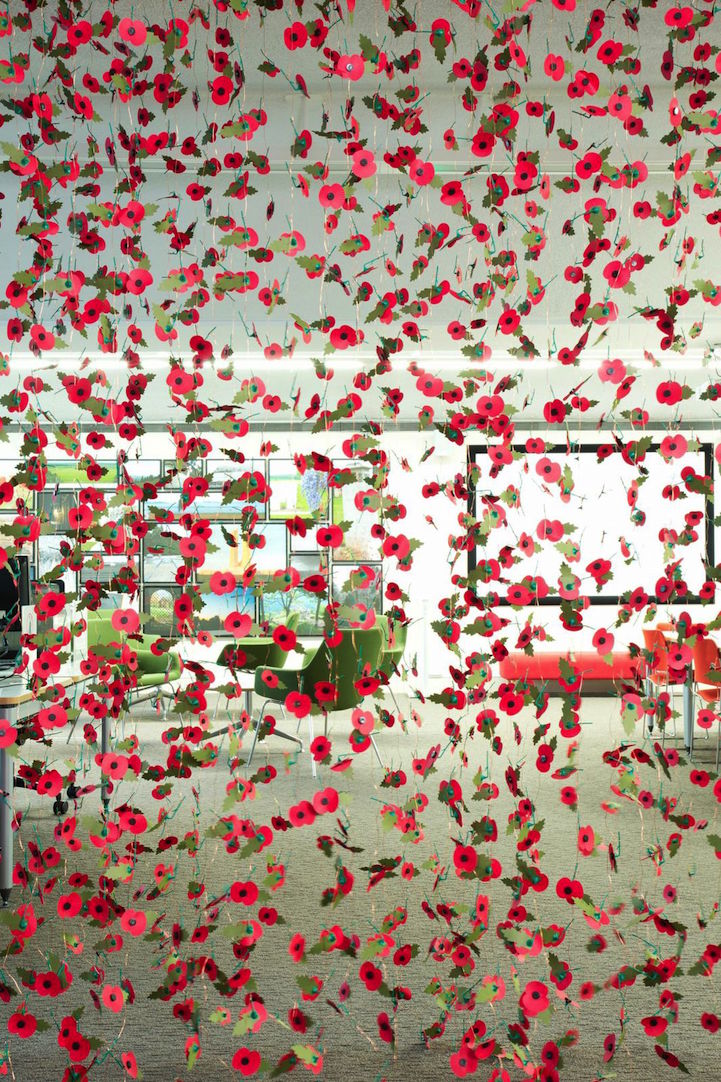 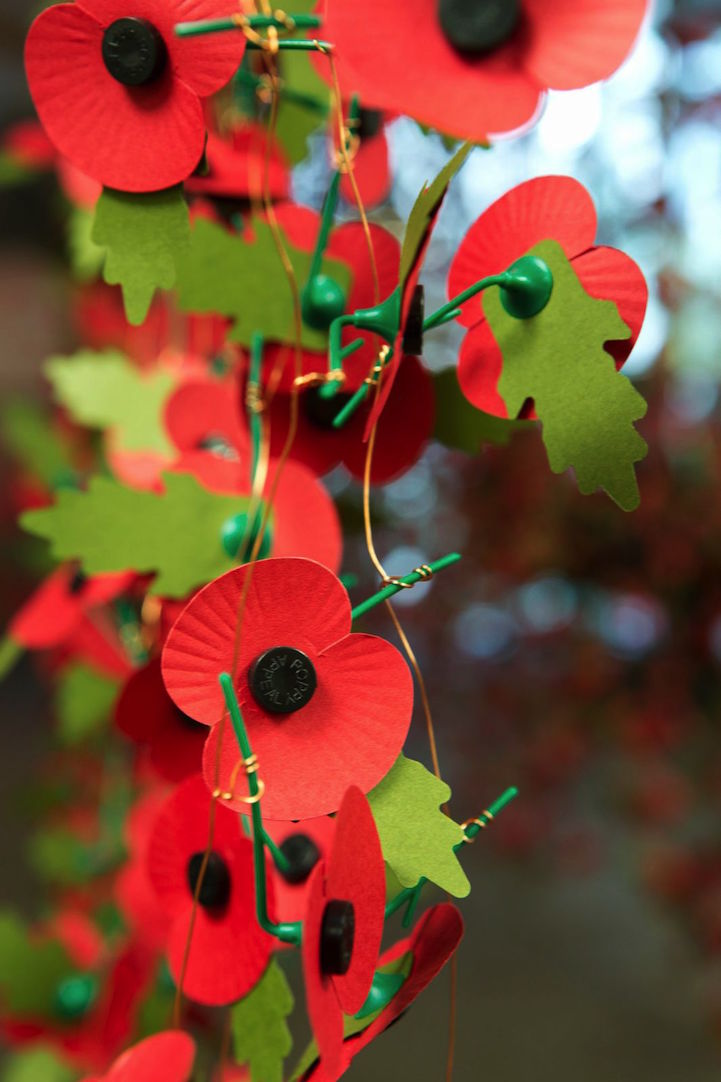