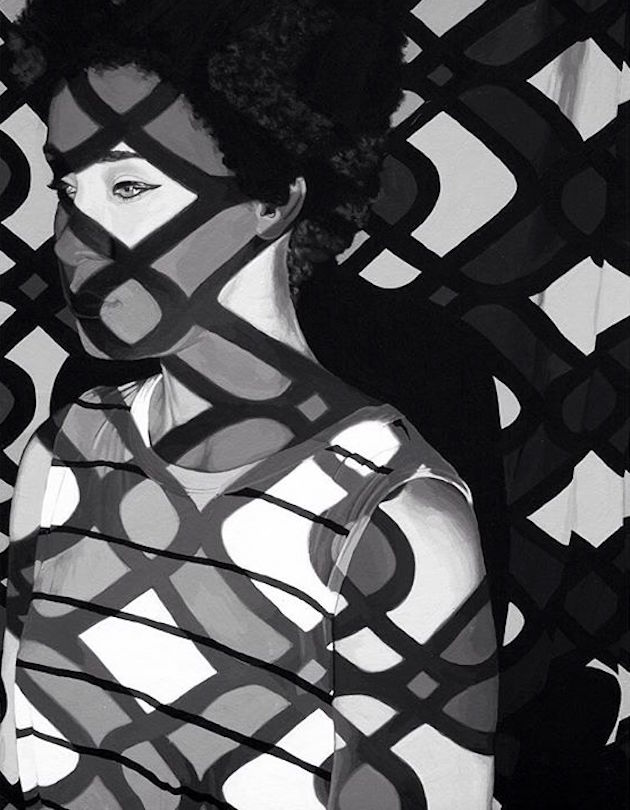 Artist Rebecca Adams uses a monochromatic color scheme to add drama to her painted portraits. While often appearing in a cropped point of view, she shines one light source directly onto her subjects' faces and bodies. This technique creates deep, powerful shadows, and as a result, her figures seem to sink into the darkened backgrounds.

Adams' work often incorporates dizzying, geometric patterns, directly affecting and complicating her realistic painting approach. The repeating elements are mostly seen on clothing, where the spotlighting and lack of color flatten her compositions and create a striking balance between the two disparate artistic styles.

Adams wasn't always a painter–she originally graduated school with a degree in photography. It was only after college that she began producing black and white portraiture, utilizing the skills she had learned when taking photos to make her stunningly intriguing works.

If you're local to Philadelphia, Adams has work at the Arch Enemy Gallery until September 27. 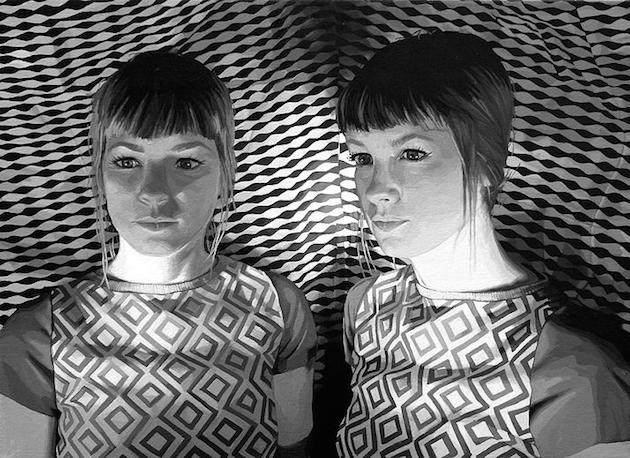 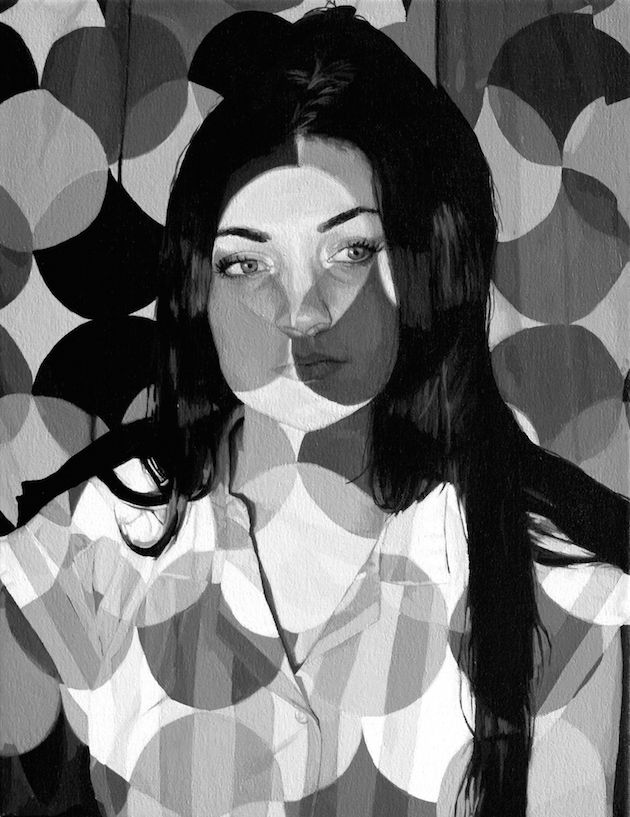 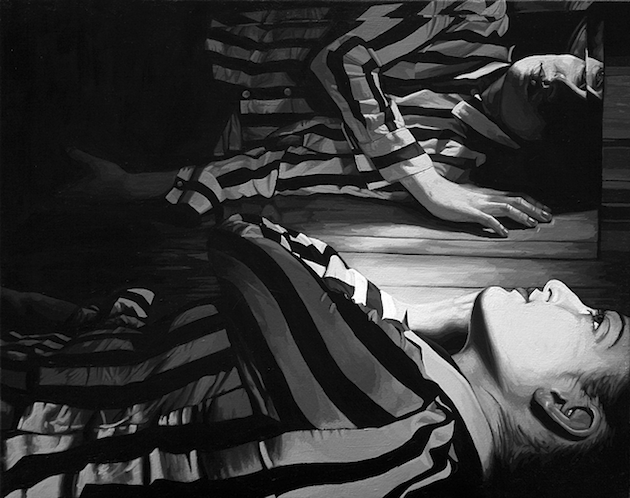 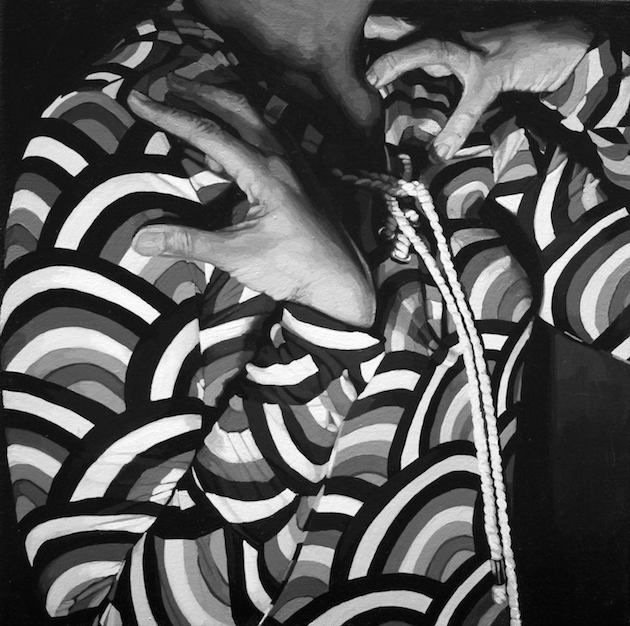 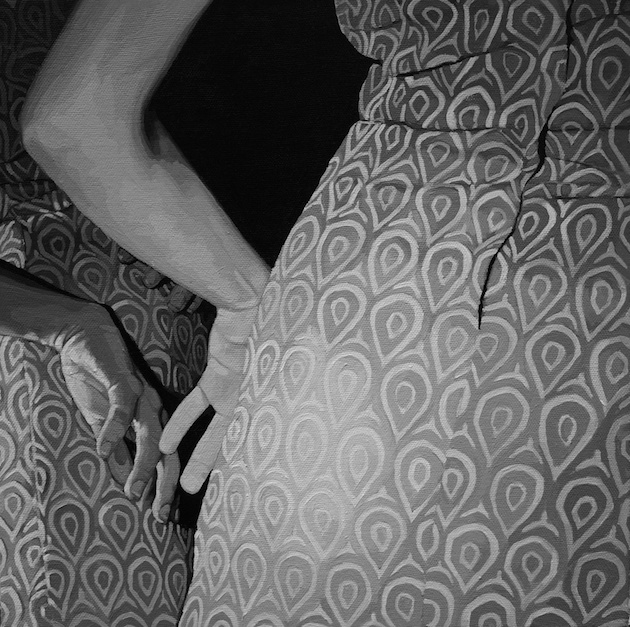 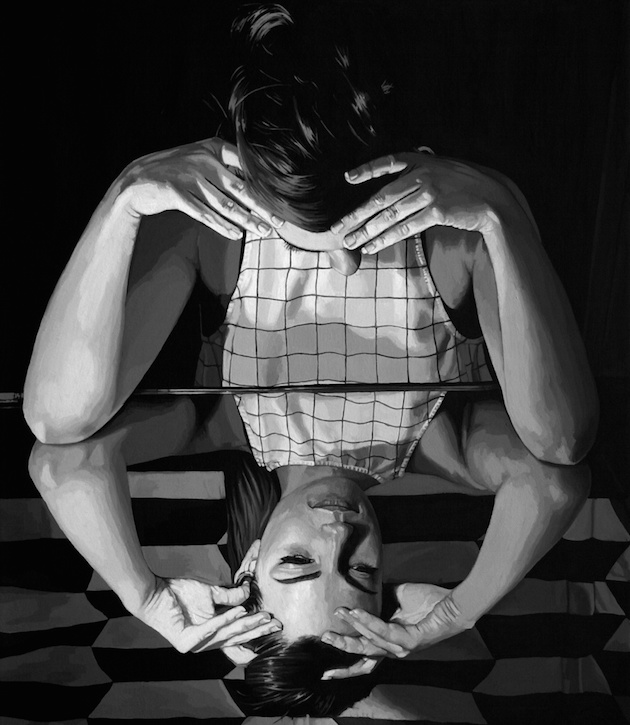 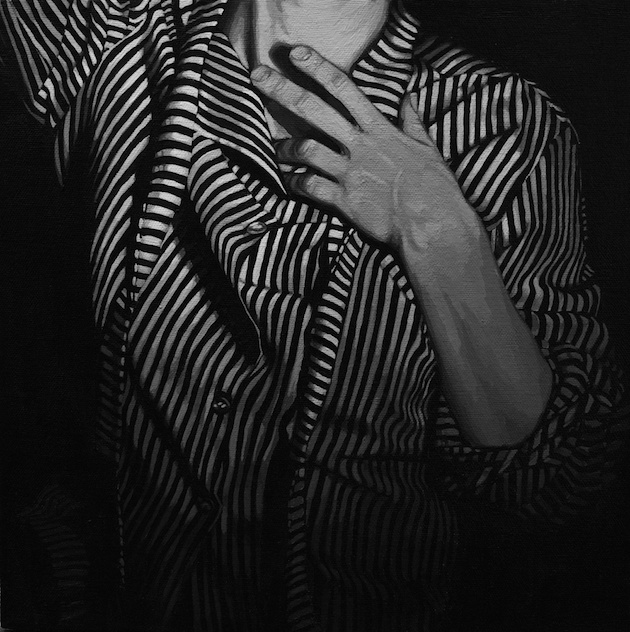 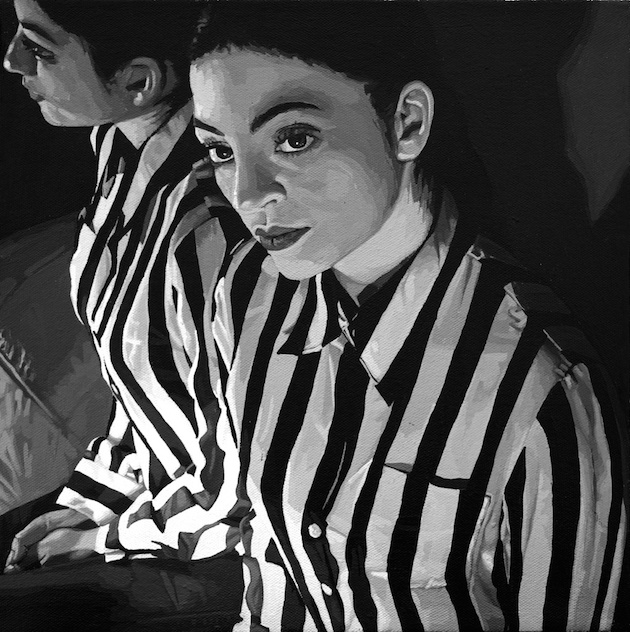 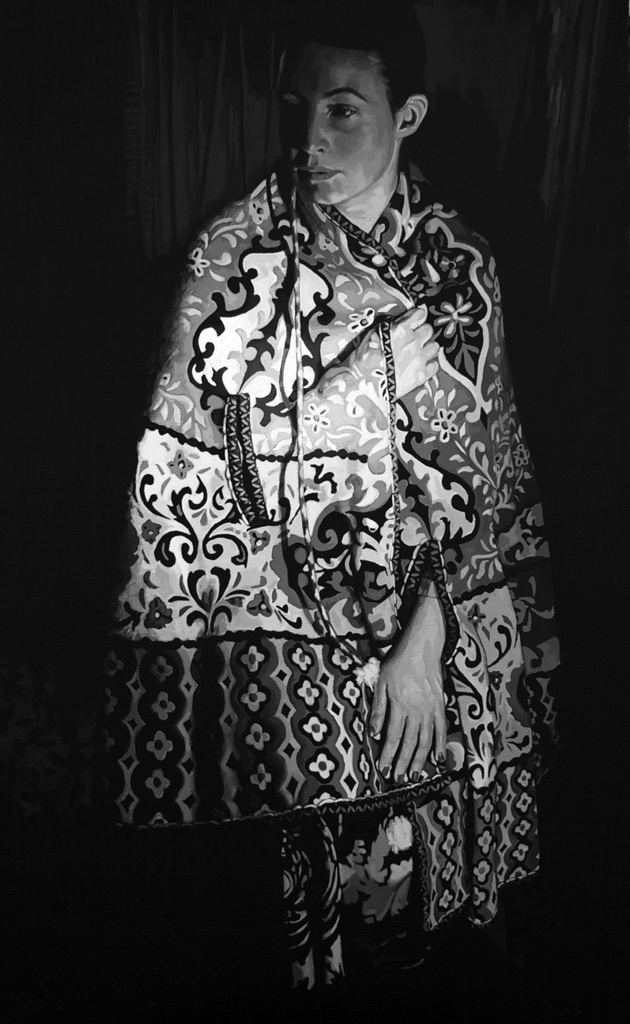 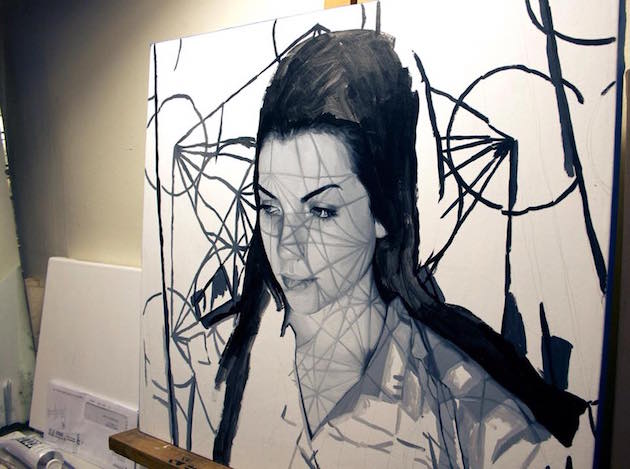 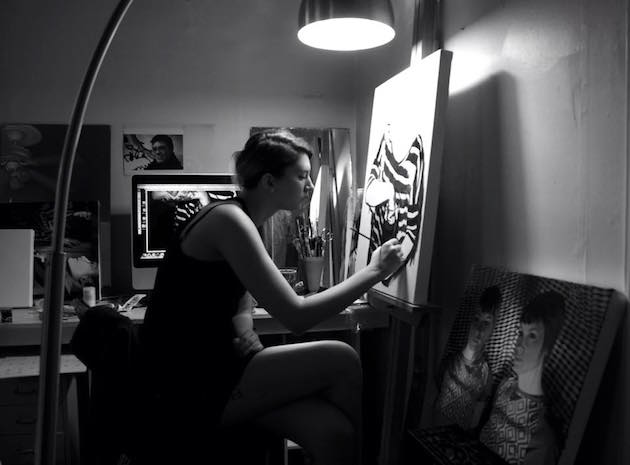