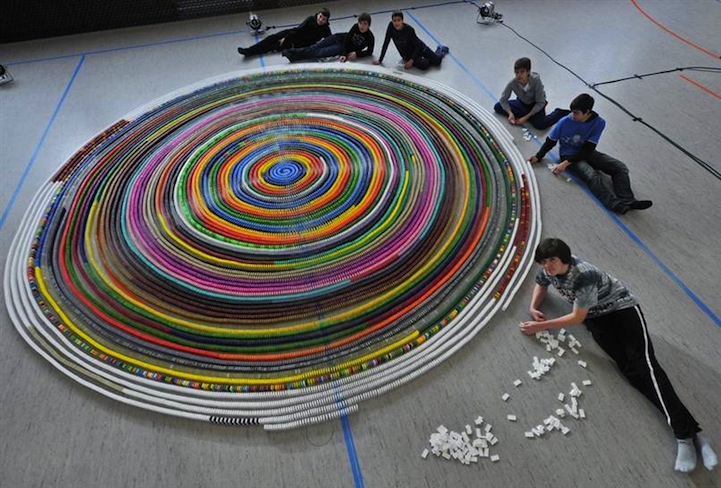 15-year-old German teen Patrick Sinner is dead-set on claiming a Guinness world record. In fact, this aspiring teen has wanted to do it ever since he was just 12-years-old. With the help of some of his friends, he's as close as he's ever been.

They attempted to make the largest spiral shaped wall of domino pieces by creating a colorful 26-ft diameter spiral made up of an astounding 30,000 multi-colored dominoes. They spent a lot of time planning this out and also practicing it so there would be no mistakes on the final project. In total, 40 hours were spent putting the spiral together in a community hall in Germany.

After the team pushed the last domino, they watched the whole thing spiral onto itself. Now they just have to wait and see if the Guinness book of world records will accept their submission, which can take up to 12 weeks. Not surprisingly, he's already on to bigger and better things. Next, he hopes to build the world's largest domino wall and plans to do it within the next 6 months! 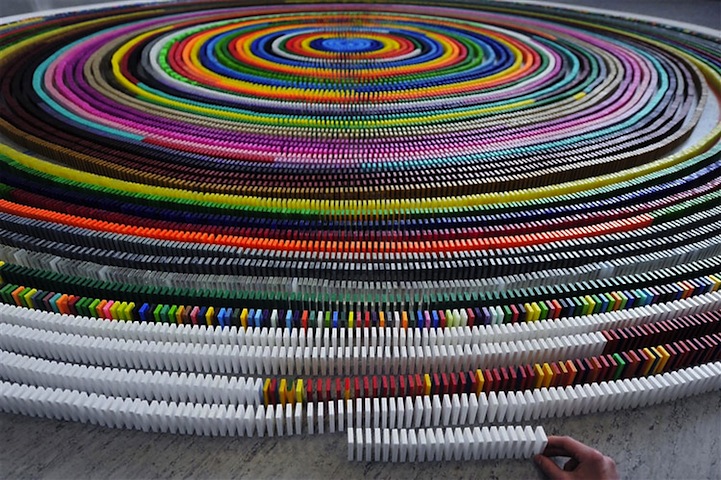 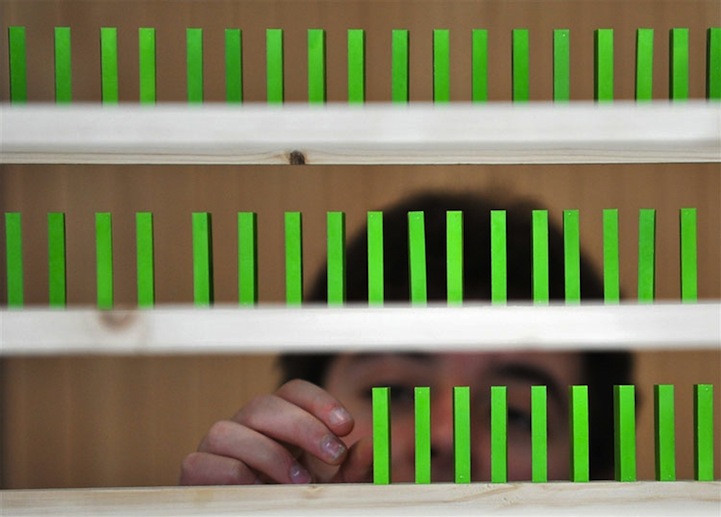