Guy Seamlessly Photoshops Himself into His Old Childhood Photos 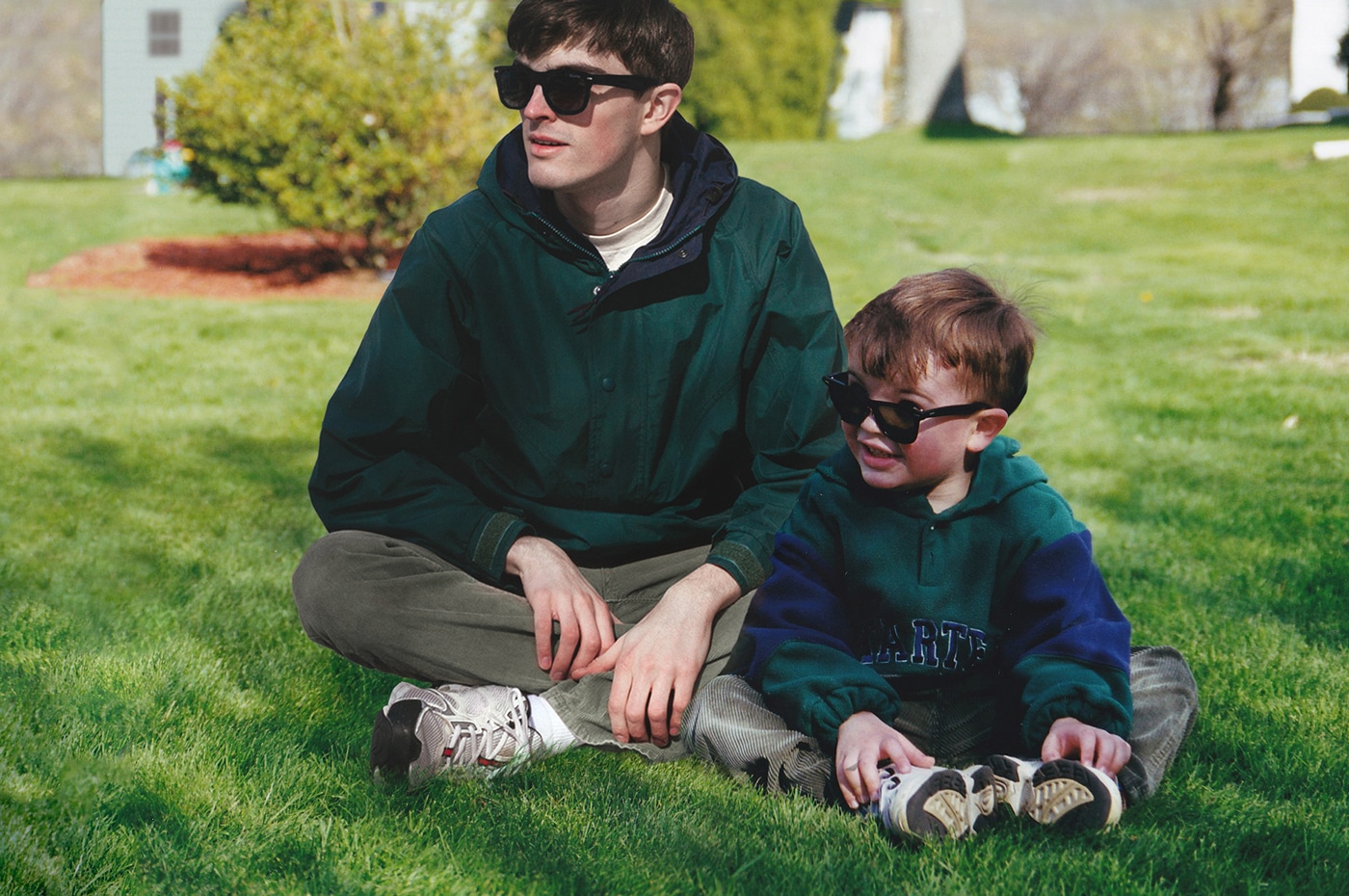 What would it be like to hang out with your childhood self? Music student and photographer Conor Nickerson had this thought while flipping through old pictures of himself from the late 1990s and early 2000s. Taking the idea a step further, he decided to Photoshop family photos and incorporate his adult self into them. Suffice to say, the results are impressive. At first glance, Nickerson genuinely looks like he belongs in the analog relics.

Calling his series Childhood, the project required costume changes and photo manipulation. Nickerson began by gathering “old hats and t-shirts” that corresponded with each image. Then, he posed for a self-portrait and combined it with the original photo. He had to learn a lot about Photoshop, but the exercise was worth it. Calling Childhood “amusing and strange,” it afforded him the opportunity to think about his life now and the childhood moments that are distant memories.

Nickerson’s photos have since gone viral on Reddit, where a fellow Redditor raised the question, “Is it weird at all looking at these photos for you? I find it almost disturbing how real they look, like seeing a ghost or something.” Nickerson replied, “Editing the pictures and looking at them so closely for so long takes a bit away from the shock value, but seeing the final images all together definitely is a bit strange! I feel like me and little me would have gotten along pretty alright.”

Conor Nickerson made a series of mashups recreating childhood photos with his adult self in them. 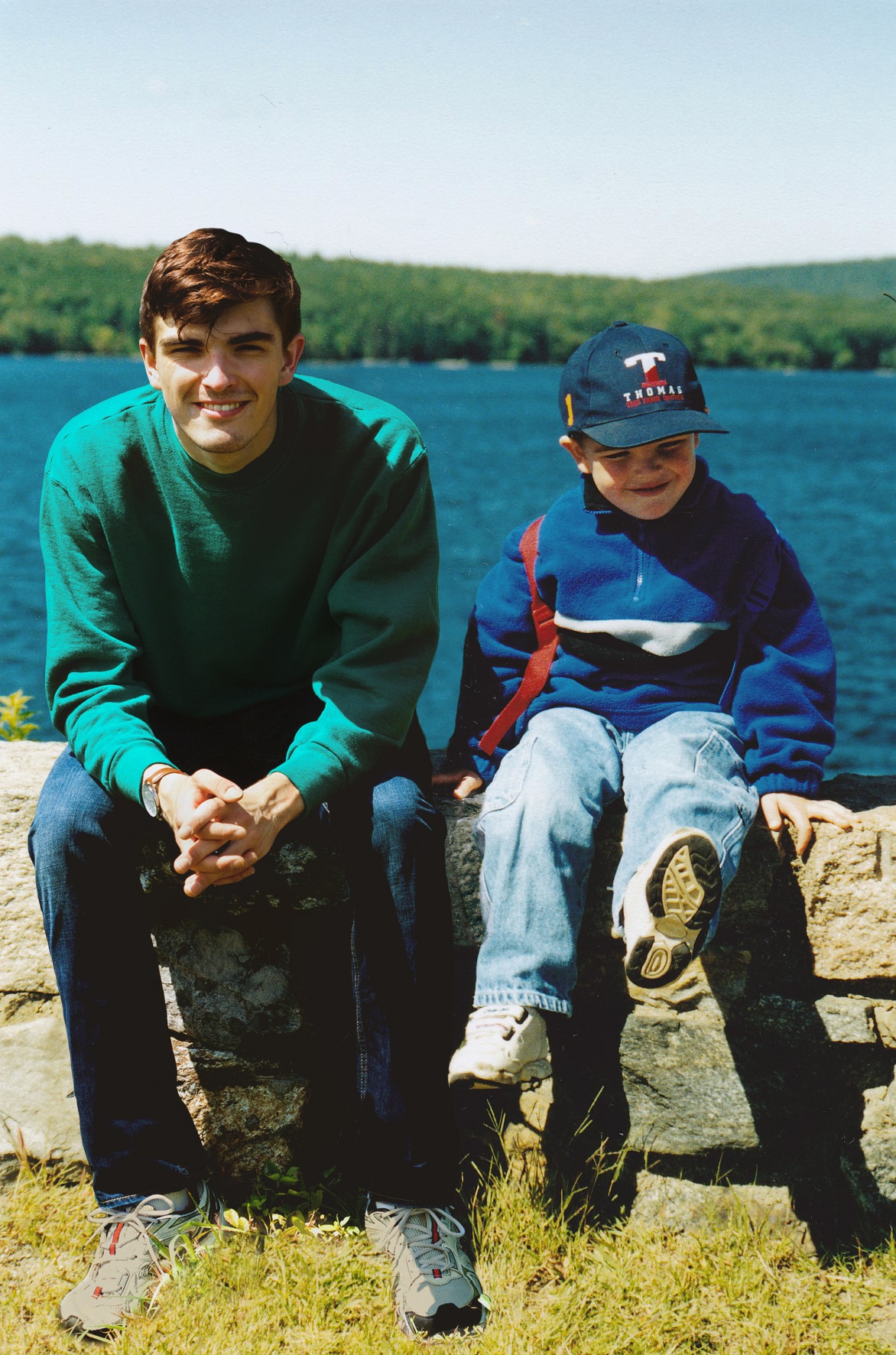 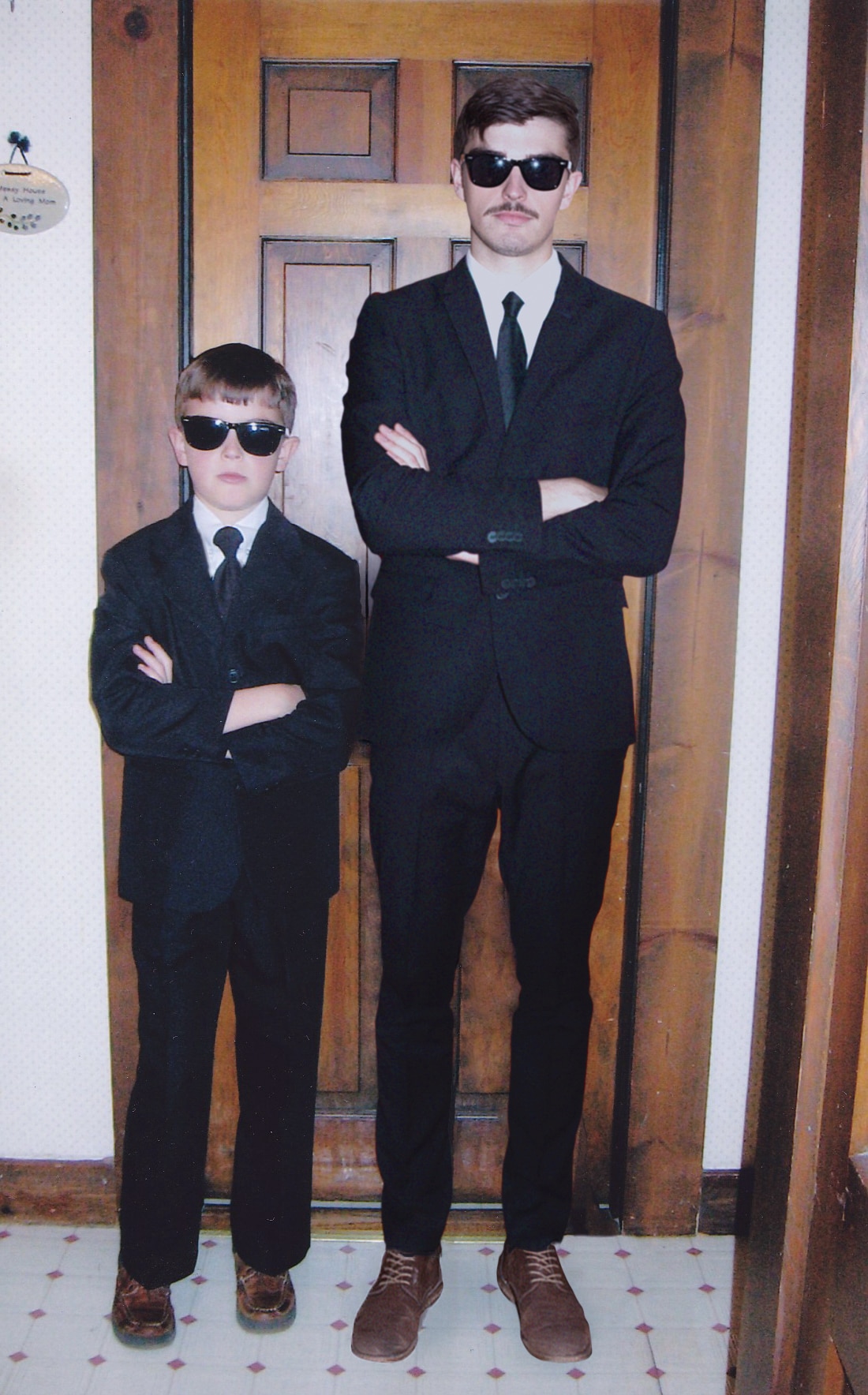 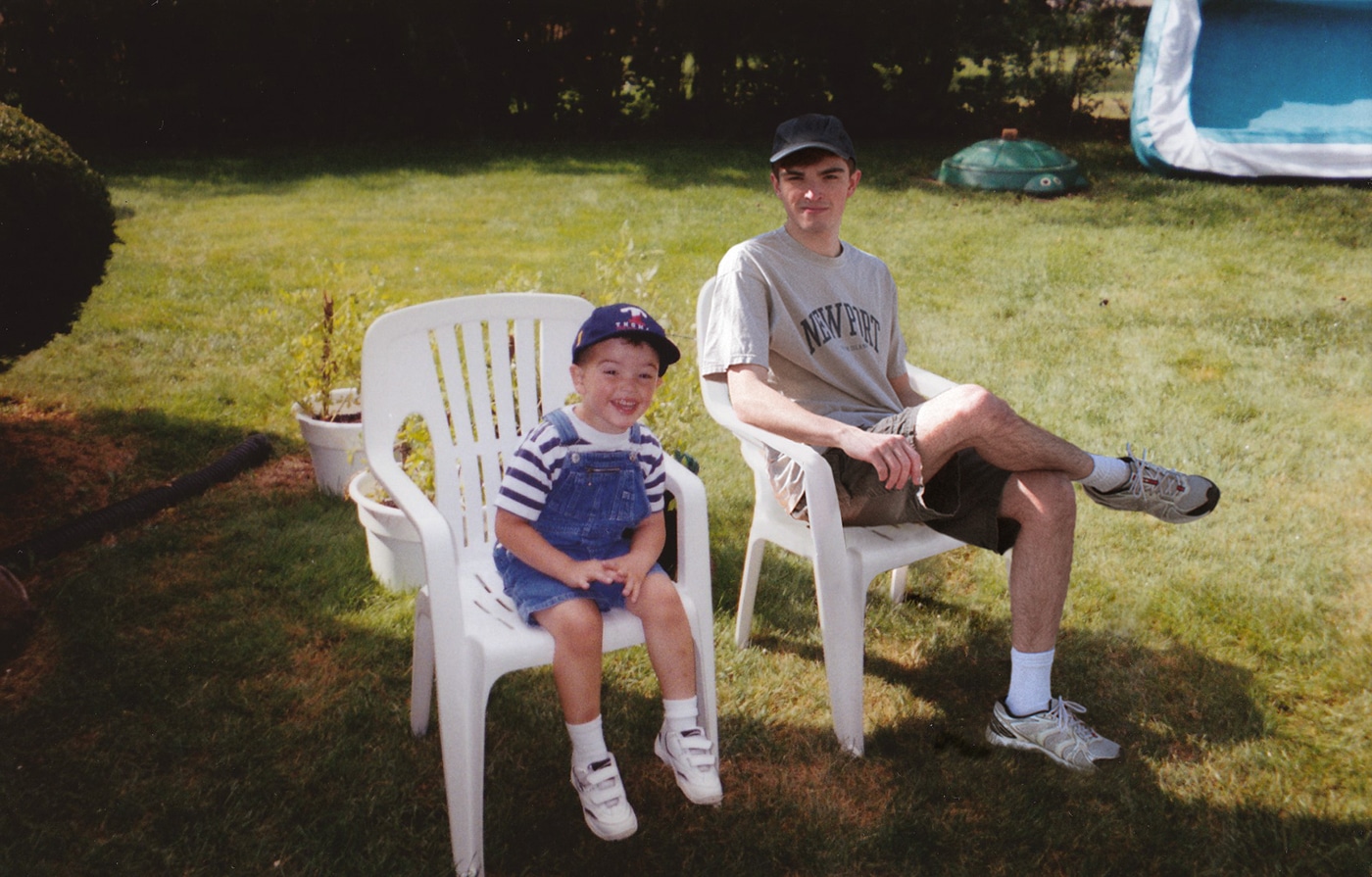 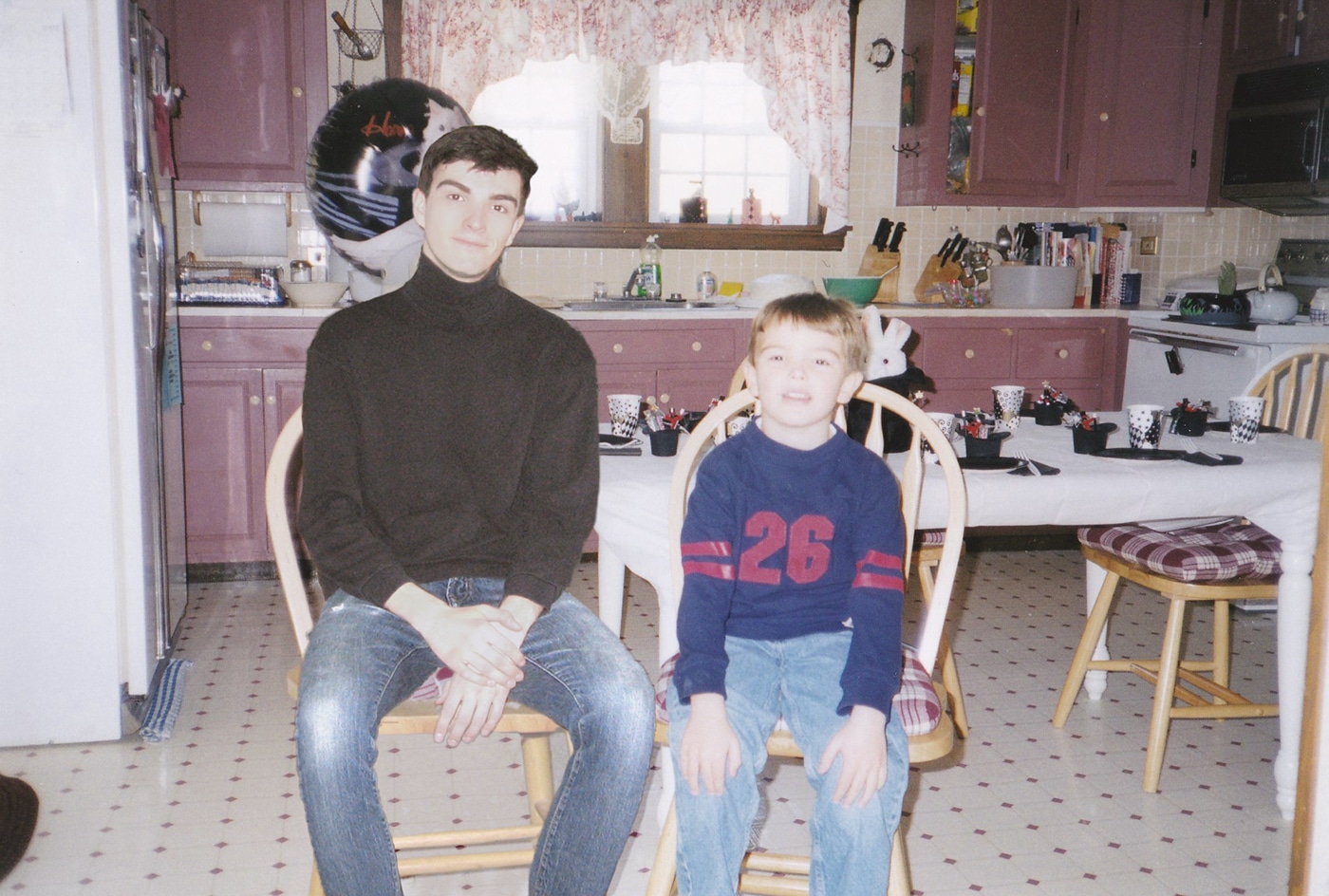 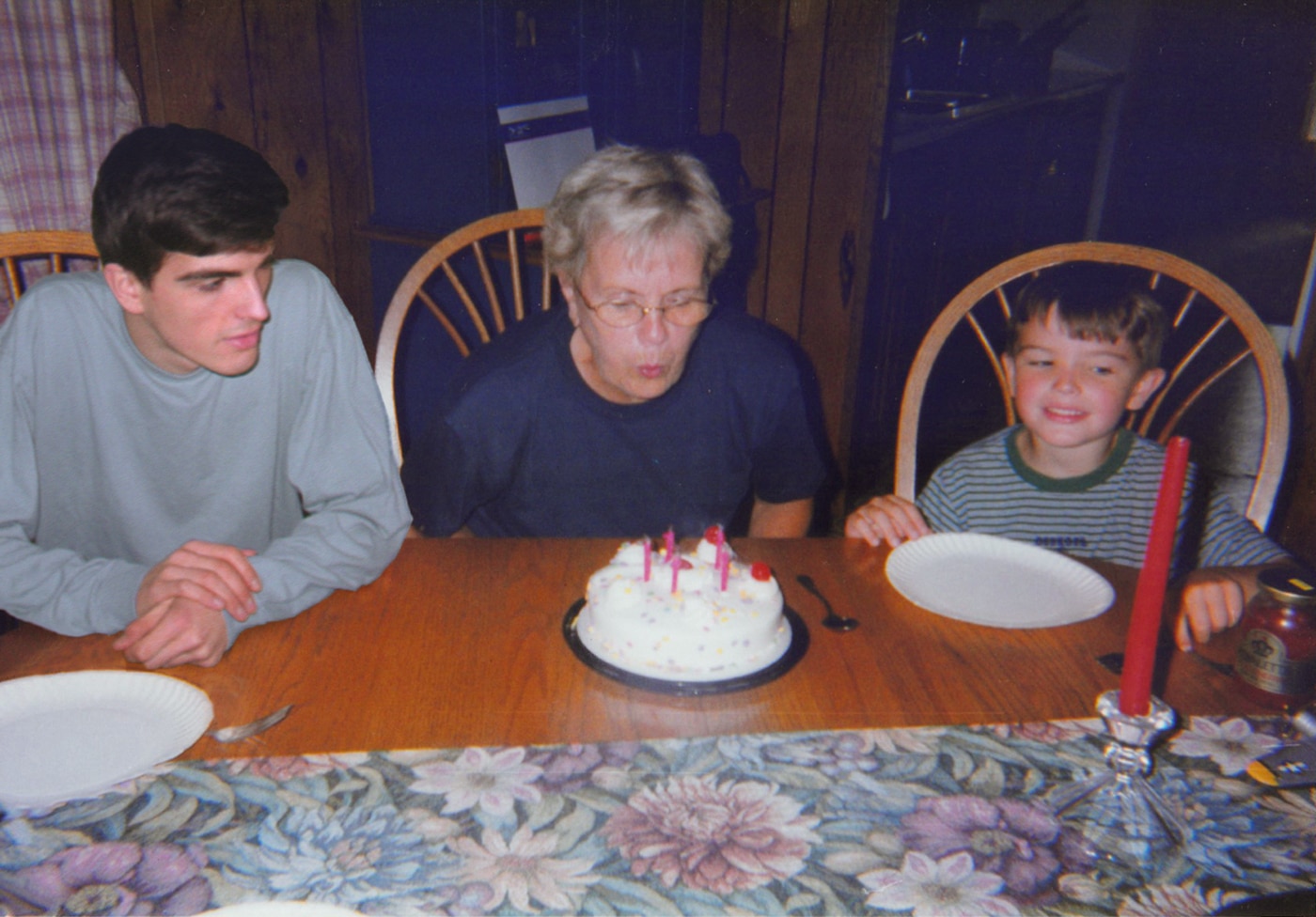 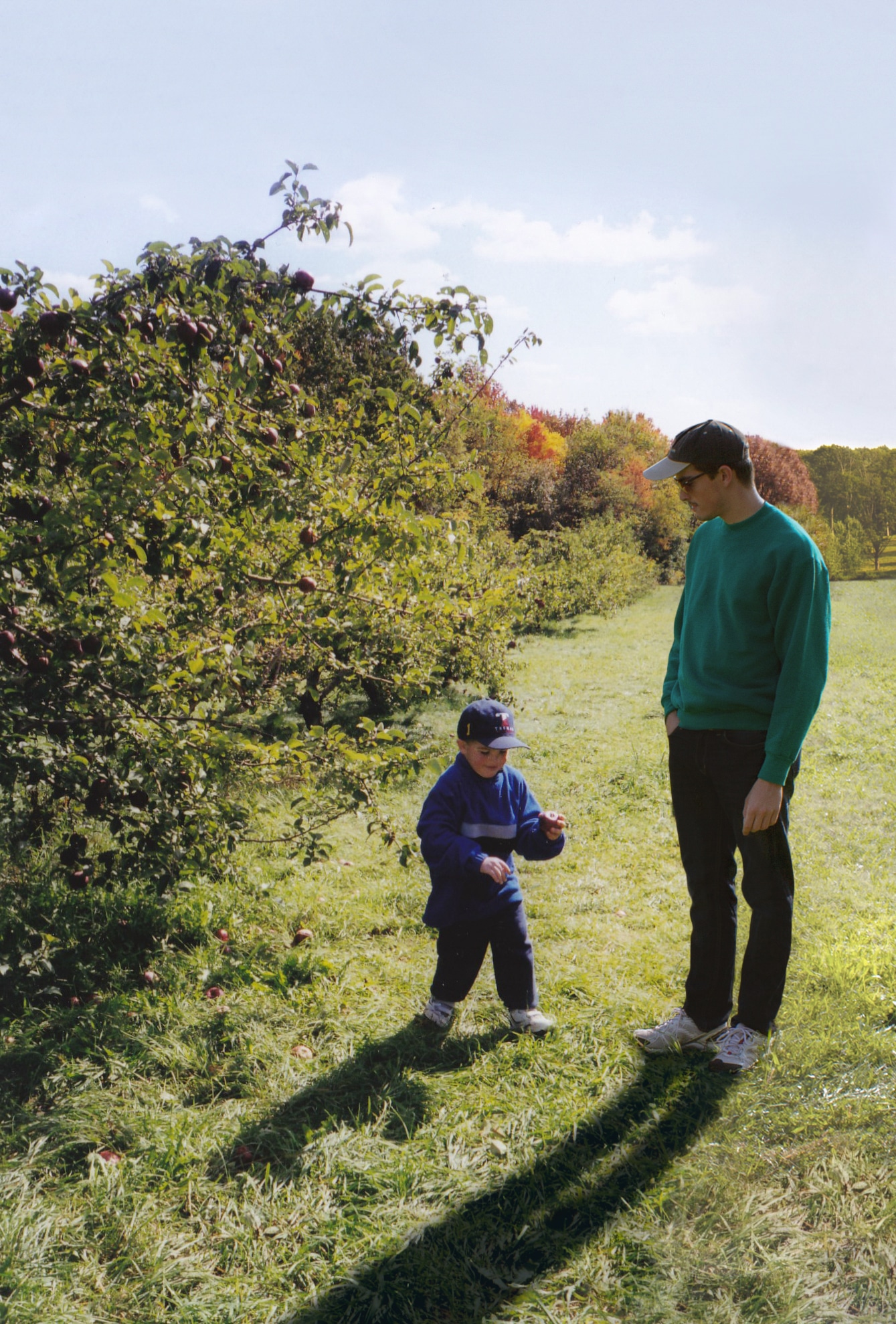 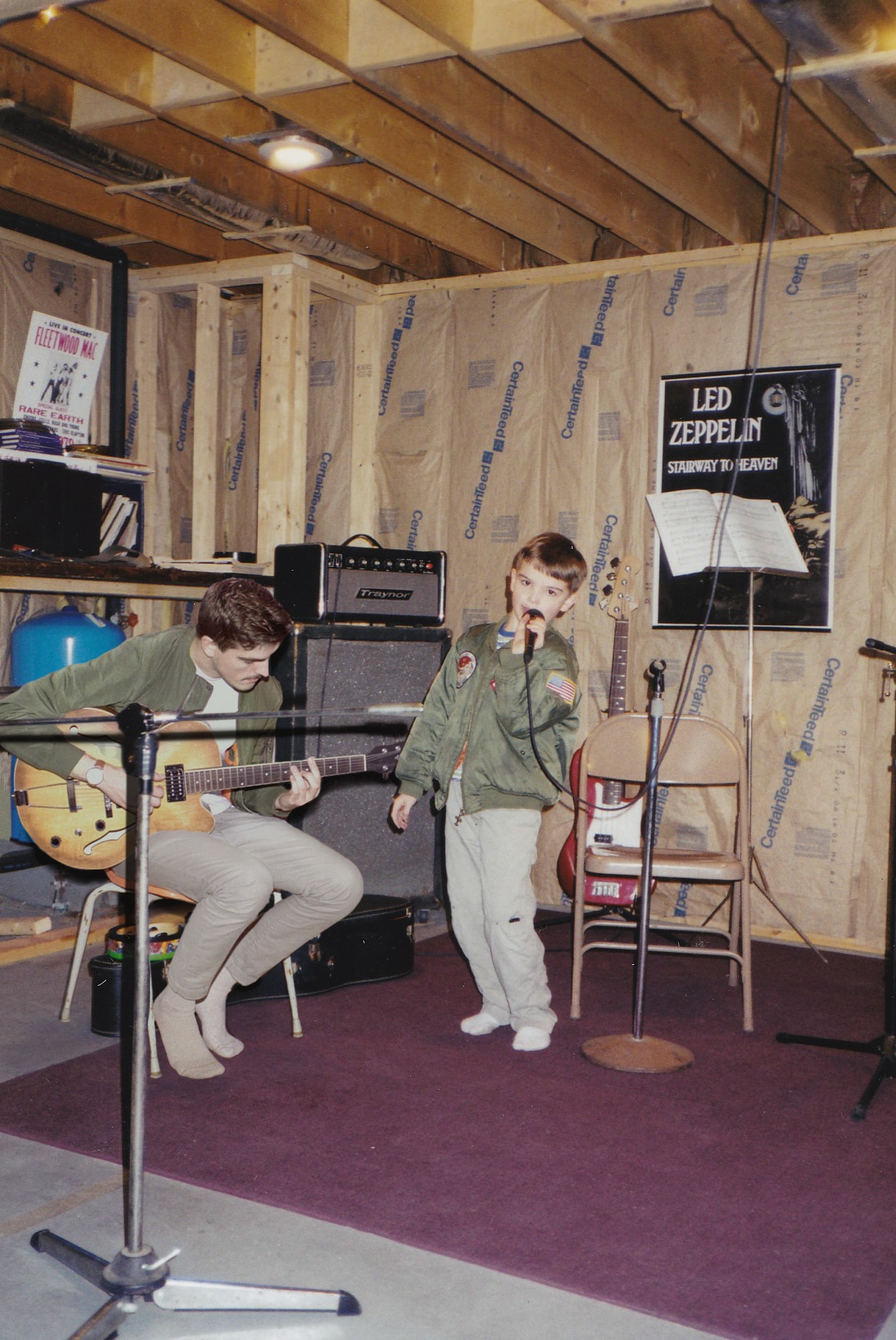 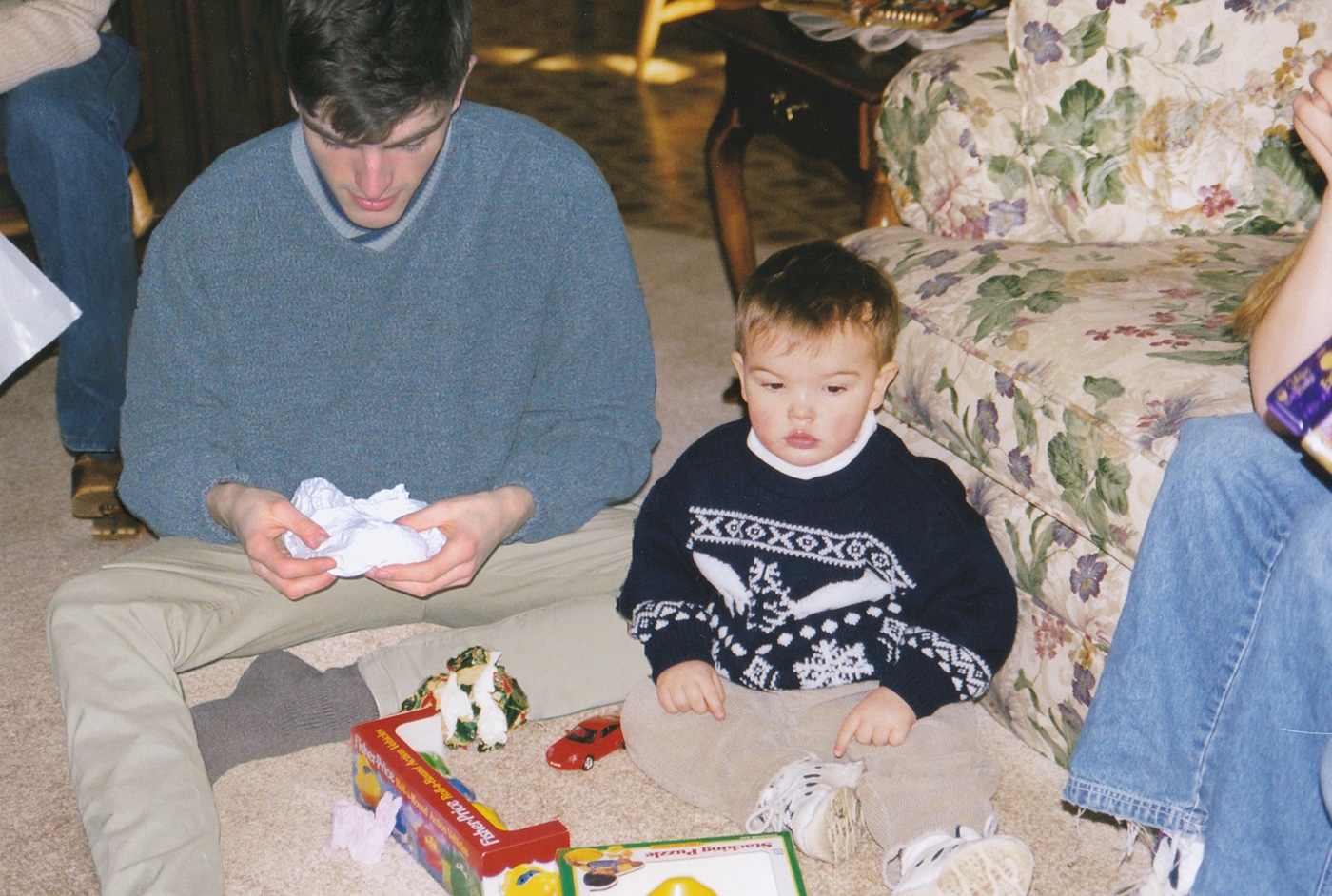 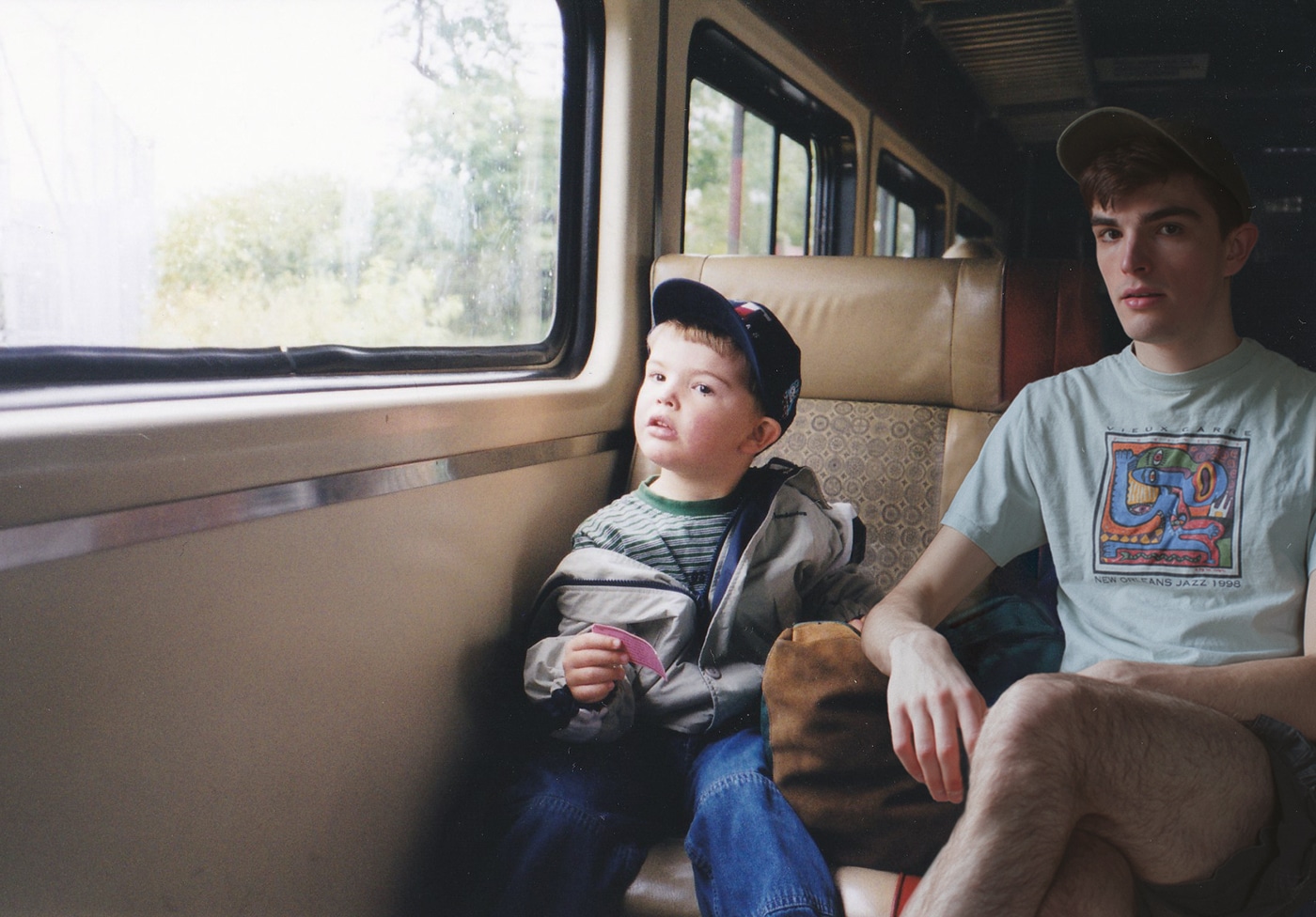 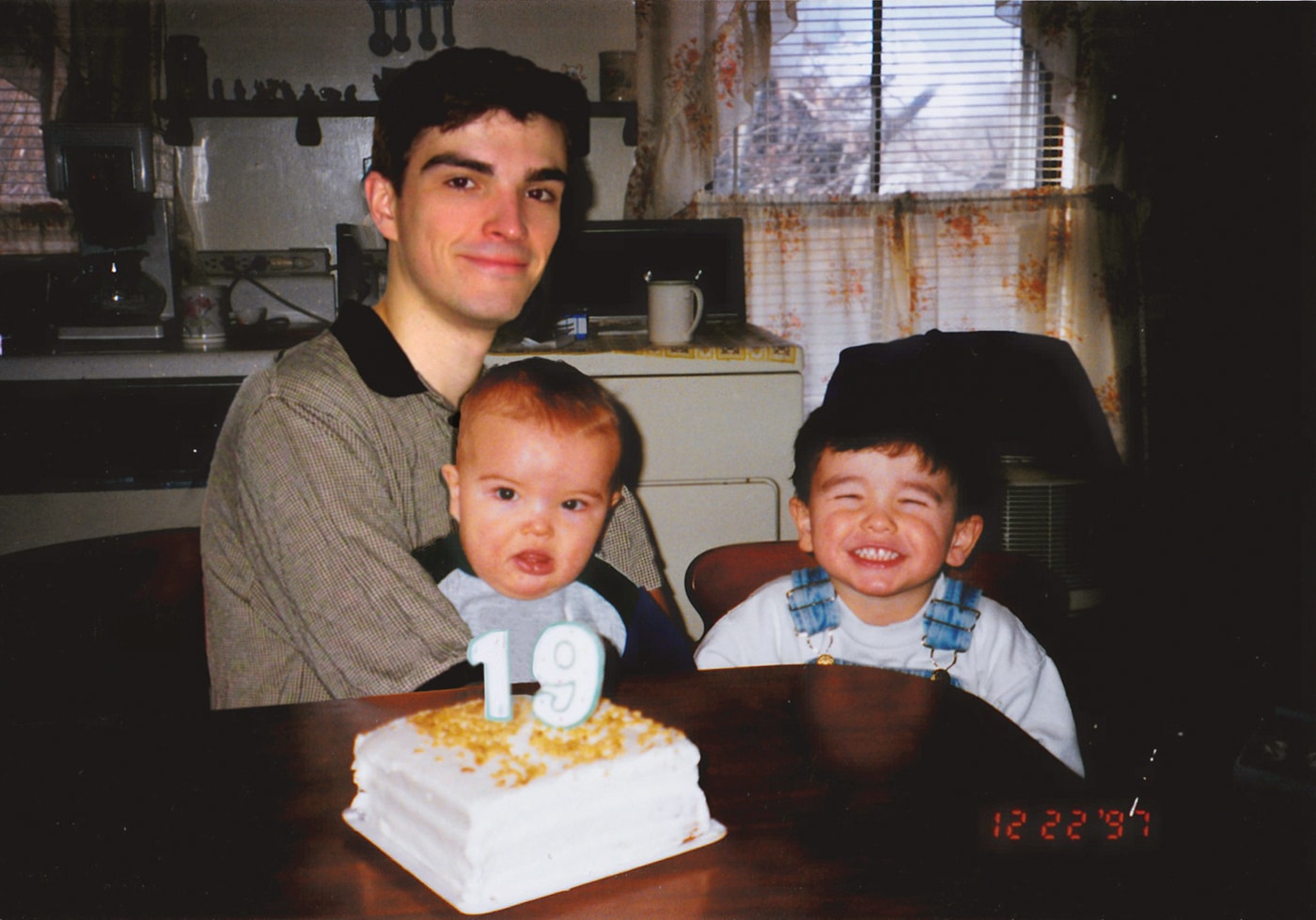 All images via Conor Nickerson.

Artist and Her Mother Create a Playful Lookalike Project

Son Pranks Family with Cardboard Cutout of Himself, Mom Brilliantly Turns the Tables

Like this mashup of childhood and adulthood? Share
Like My Modern Met on Facebook
Get Our Weekly Newsletter
Become a
My Modern Met Member
As a member, you'll join us in our effort to support the arts.
Become a Member
Explore member benefits