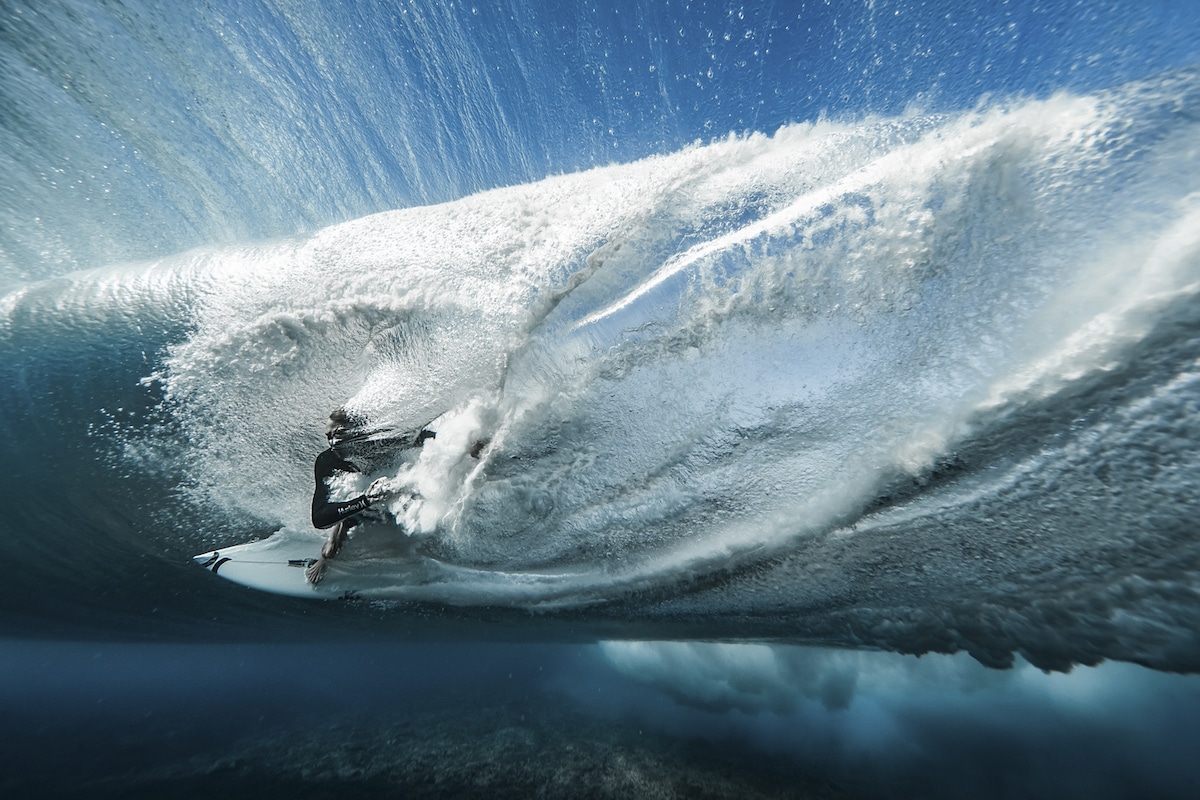 © Ben Thouard / Red Bull Illume. Overall Winner and Winner, Energy
“This photo was shot during a free surf session right before the WCT event in Teahupo‘o. This is Ace Buchan kicking out from the barrel through the wave, a technique to escape a close-out wave. Luckily I was right below, breathless with my waterhousing waiting for this moment and I was able to capture the whole sequence of it; this frame from the beginning of the sequence is the most powerful one because of the water around his face and body.”

Every three years, the Red Bull Illume contest showcases the greatest images in sports and action photography. They have called this year's edition Image Quest 2019, and the winning pictures did not disappoint. The dynamic compositions capture breathtaking feats completed by fearless athletes framed by photographers with a keen eye for detail and drama. The acts that these bikers, surfers, and skaters perform look all the more impressive when illuminated by smoke or shot from mind-bending points of view.

Image Quest 2019 saw a record-breaking number of entries. Thousands of photographers from around the world submitted 59,551 images, which meant the panel of 50 judges had their work cut out for them! They narrowed down the thousands of pictures to a mere 60 finalists, 11 category winners, and one overall winner.

So, who took the top prize? Ben Thouard was the Overall Winner for his underwater photograph featuring athlete Ace Buchan surfing in Teahupo’o, Tahiti in French Polynesia. Thouard highlights Buchan in the midst of a giant wave as the surfer uses all his force to stay upright and break free of the incredible wall of water. Of the shot, Thouard reveals, “I‘ve dedicated the last few years to shooting underwater, looking for new angles and a new way to shoot surfing and waves. Shooting surfing from underwater is a whole new world and I love it! Tahiti has some of the clearest water in the world so it was easy for me to take advantage of it and explore it as much as I could.”

Scroll down for more winners from the Red Bull Illume contest 2019. 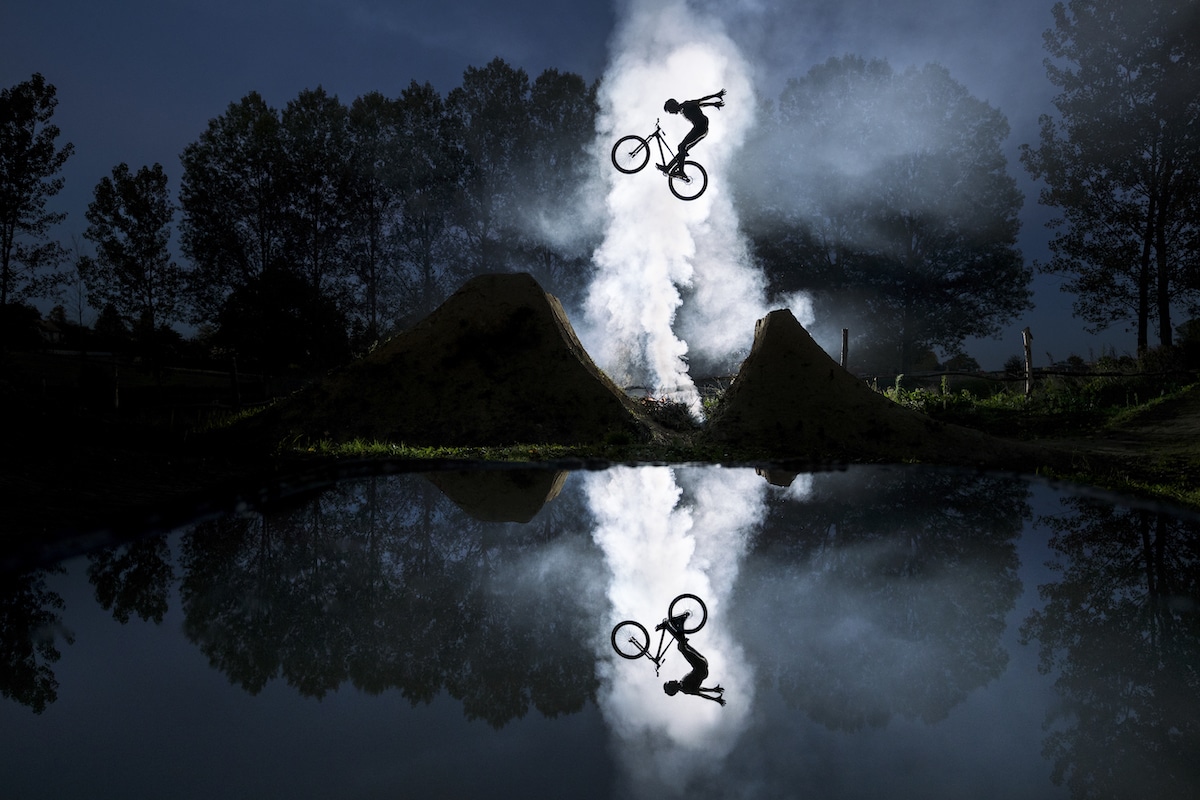 © Jean-Baptiste Liautard / Red Bull Illume. Winner, Emerging by Red Bull Photography
“We were lucky enough to have a few friends helping us with the fire that night and adjusting the smoke just as we needed. The hardest job was Jeremy‘s as he had to ride the trail almost blind. Riding bikes at night is so scary and I can‘t thank the athletes enough when they are in these kinds of conditions. After a few attempts, we got this one, just as I imagined it at the very beginning, and it was a great feeling to finally see the image I had in my head for months, displayed on the back of my camera.” 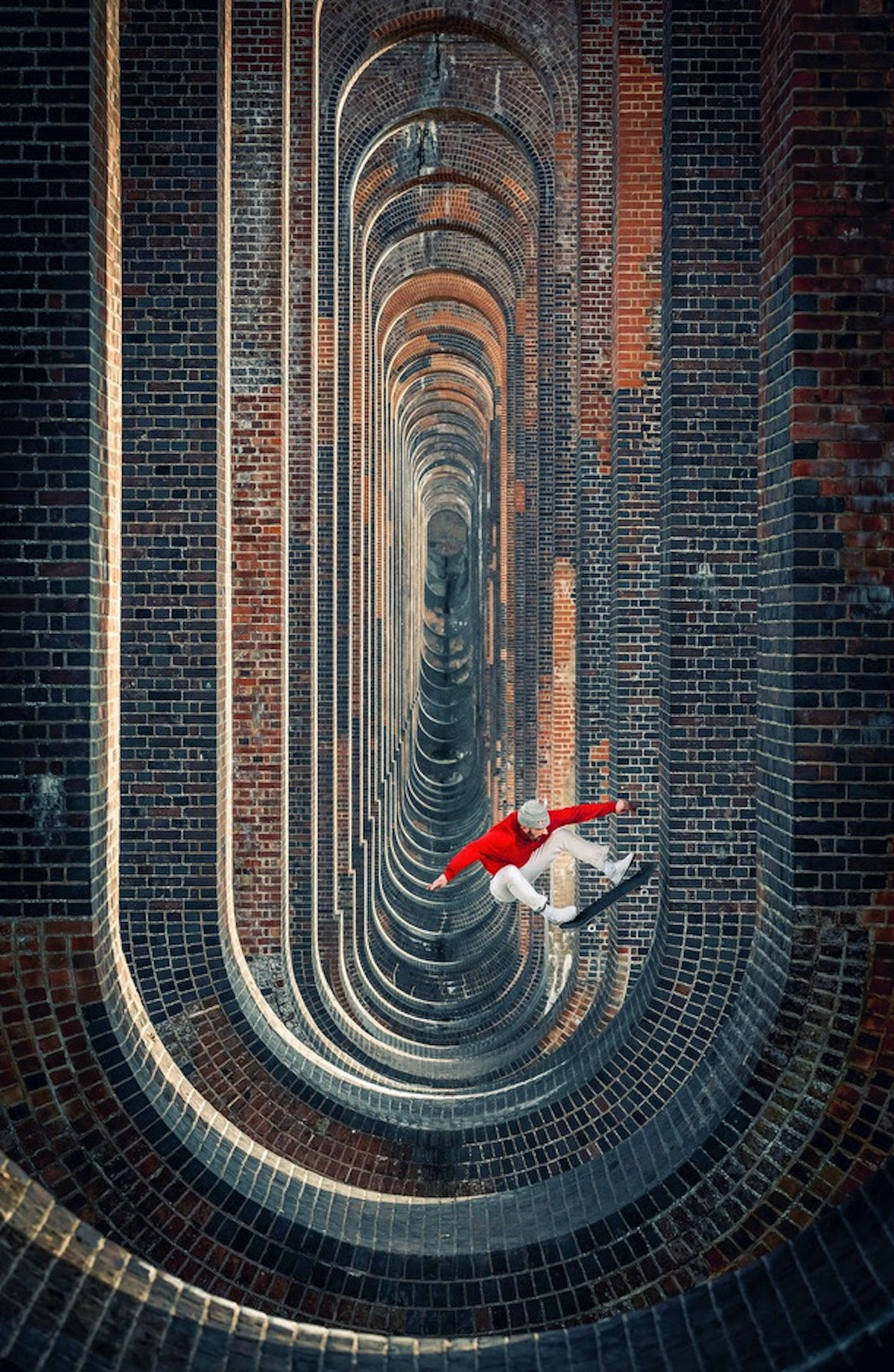 © Lorenz Holder / Red Bull Illume. Winner, Playground
“The Ouse Valley Viaduct is a pretty cool old railway bridge in the South of England. When you approach it from the side, you can‘t really see the secret this bridge has to offer, but once you get underneath one of the arches you can‘t believe your eyes. You are caught in a place that could easily be in the movie Inception. The arches create a very surreal visual effect—when you are taking a picture, you don‘t understand if you are looking down into something or at least you get very confused about what you‘re actually seeing. I was blown away by this fact, but also blown away that this looked like a pretty good spot for skateboarding.” 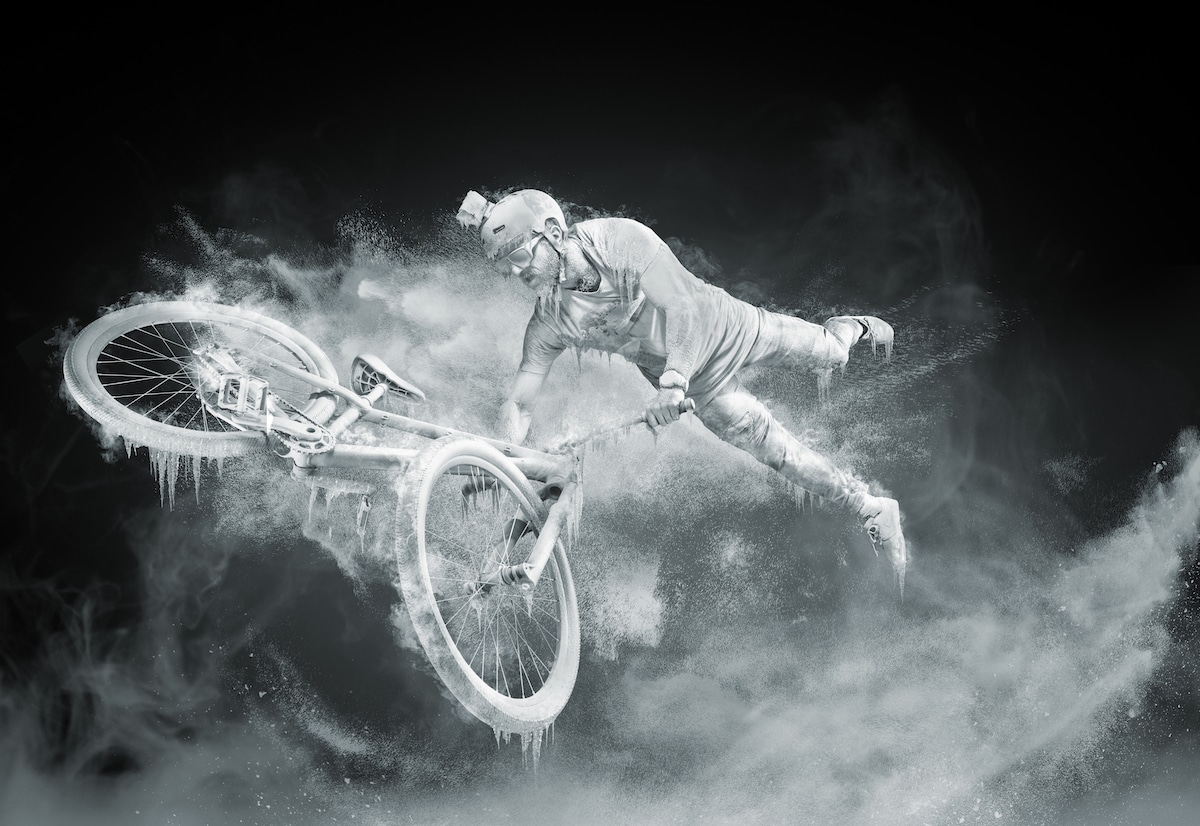 © Denis Klero / Red Bull Illume. Winner, Creative by Skylum
“Last year‘s trend reports have shown that as soon as the first snow starts falling the social media community bursts in excitement and instantly shares videos and photos showing the first flakes of the year. I didn‘t want to miss out on the trend and started working on a concept to show the change of seasons. To attract the attention of the social media world it had to be something that would make one stop and stare. Consequently, I developed an idea of a series of three main pictures with some supporting detail shots, which had to be visually strong and inherent to the world of Red Bull. This picture with Pavel is one of those.” 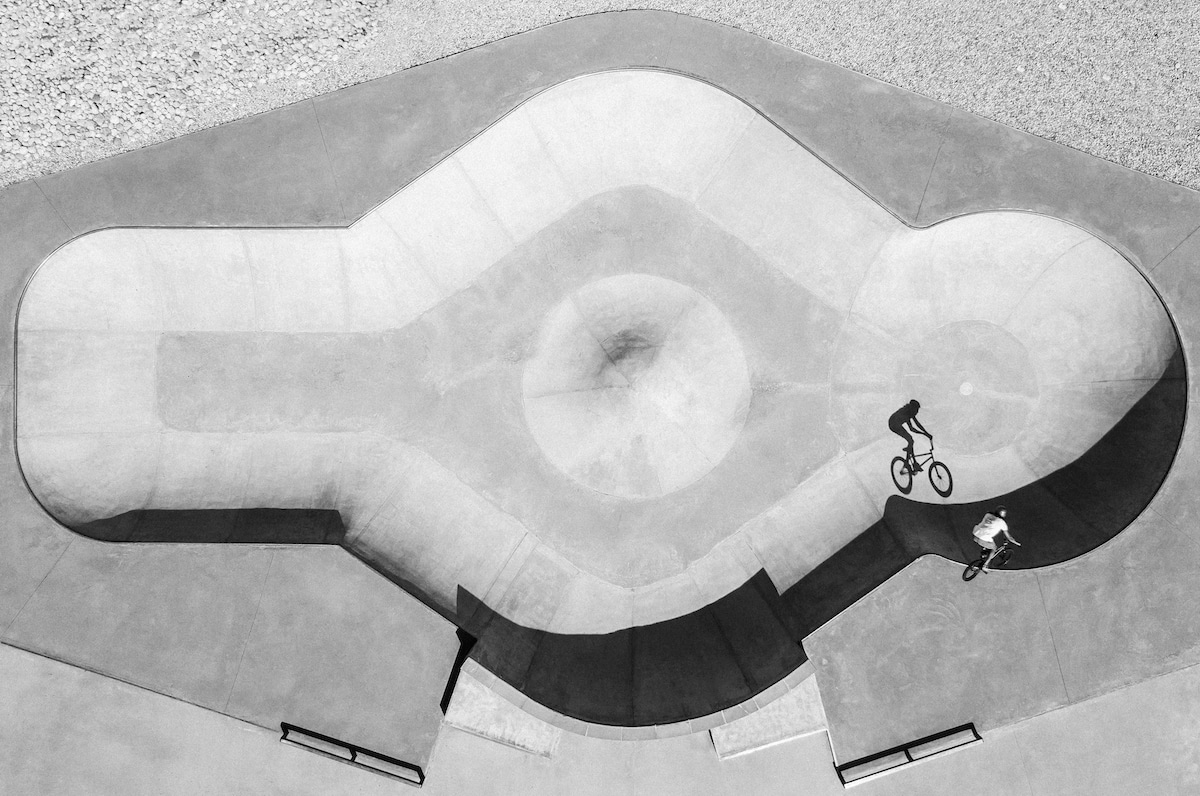 © Baptiste Fauchille / Red Bull Illume. Winner, Best of Instagram by SanDisk
“This photo was taken at the bowl of Fillinges. I remember the heat was insane like it rarely had been in the Alps. When I arrived on the spot the first thought I had in mind was to make a topshot video with the drone: a fixed plan with a rider who makes his line with the intention of creating a loop. Then I realized that the bowl was really clean: no tags, no dust. I was able to have the rider and his shadow to come out well. I asked Alex Bibollet—one of the riders—to do what he did best, and I immortalized this moment!” 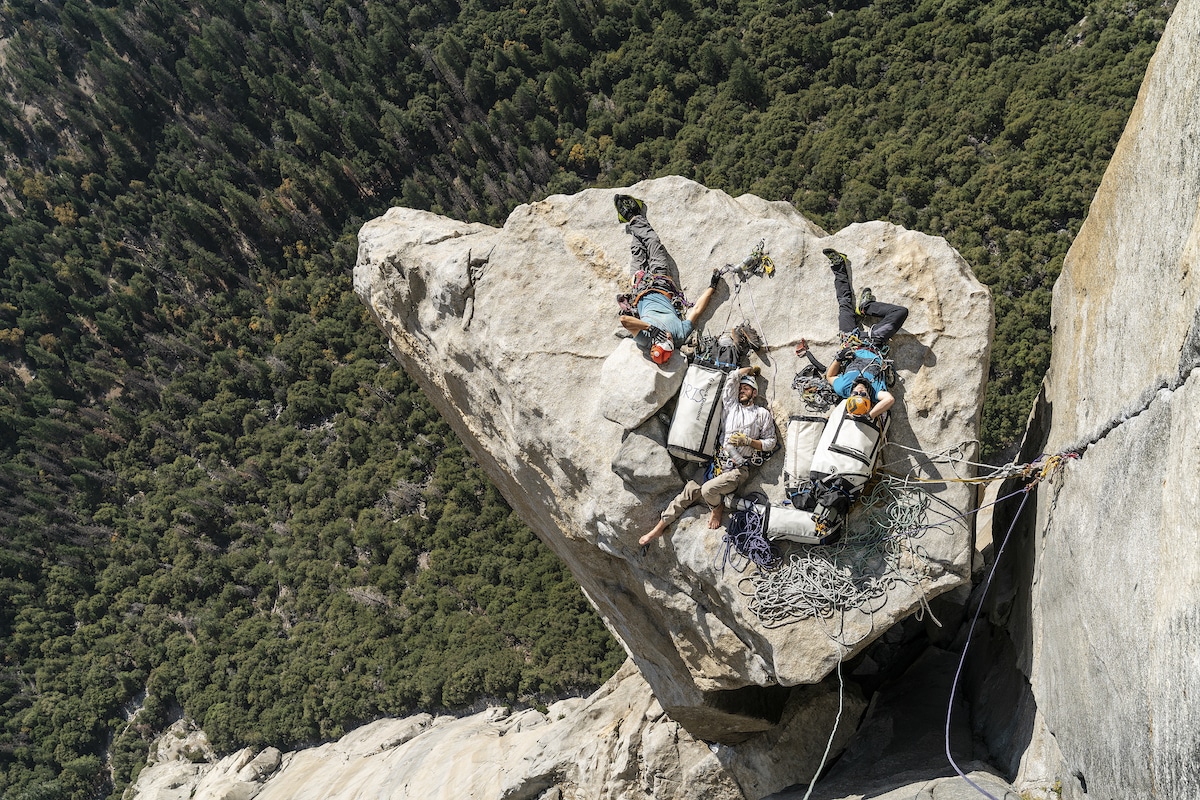 © Alexander Wick / Red Bull Illume. Winner, Lifestyle
“Together with my boys Phil and Chris I went on a US West-Coast climbing trip. Obviously Yosemite is a must and so we tested our very humble European crack climbing skills right away on El Capitan‘s Salathé Wall. A climb I‘ve been dreaming of for quite a while.” 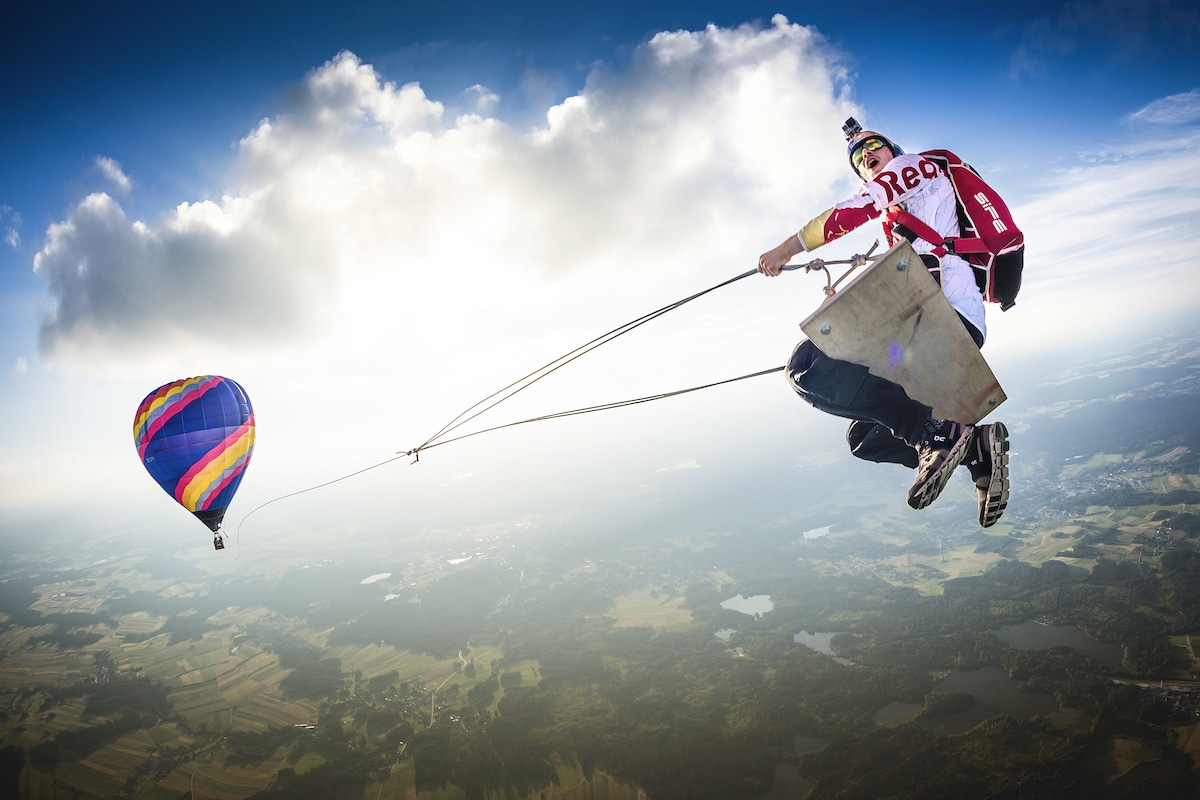 © Philip Platzer / Red Bull Illume. Winner, Wings
“Together with the Red Bull Skydive Team, I did this crazy Project called ‘Megaswing’ back in 2016. After my assignment I already knew this had to be a tricky one: Two Hot Air Balloons, one with a long rope attached and the other one to jump out with the swing, and of course the Skydiver with his parachute.” 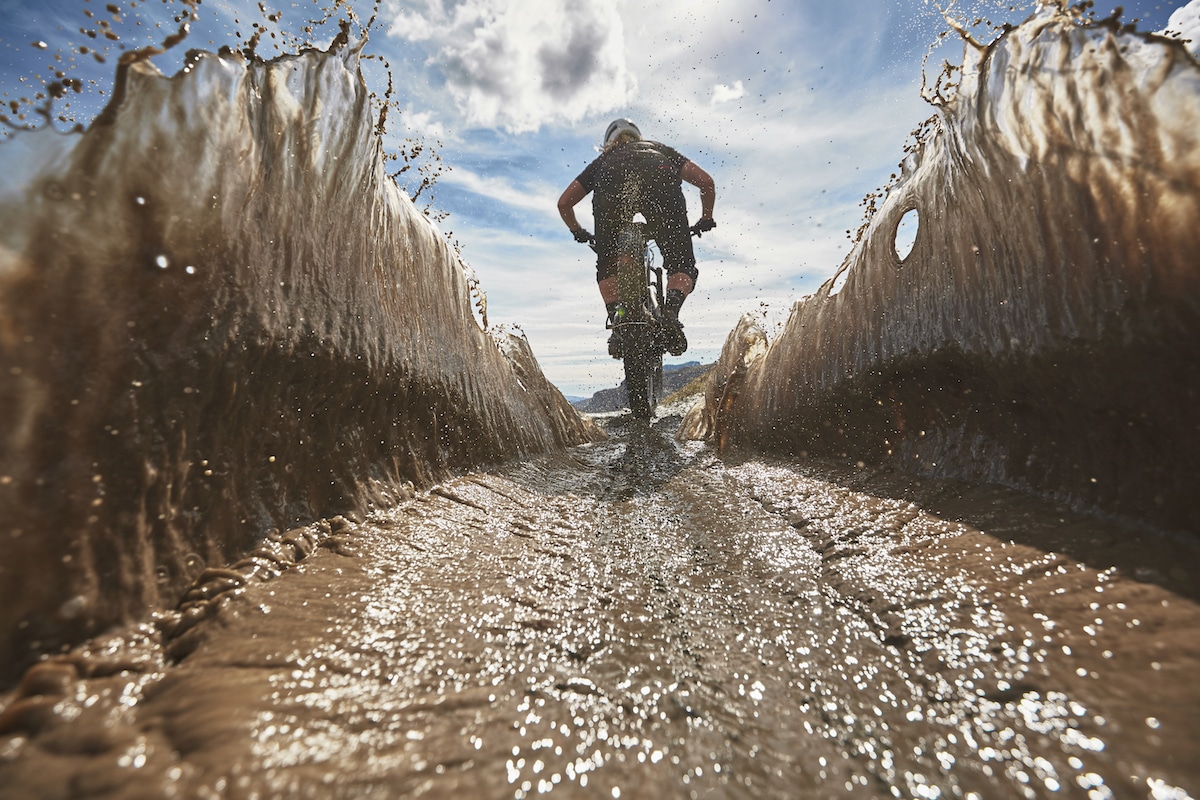 © Laurence Crossman-Emms / Red Bull Illume. Winner, Innovation by Sony
“This concept had always been in the back of my mind but finding the perfect location and it aligning with both the weather and sufficient puddle depth was tough. This breathless day at Antur Stiniog with Katy proved ideal. You can never guess how water reacts when you hit it with force, sometimes the results exceed your expectations… this was one of those times.” 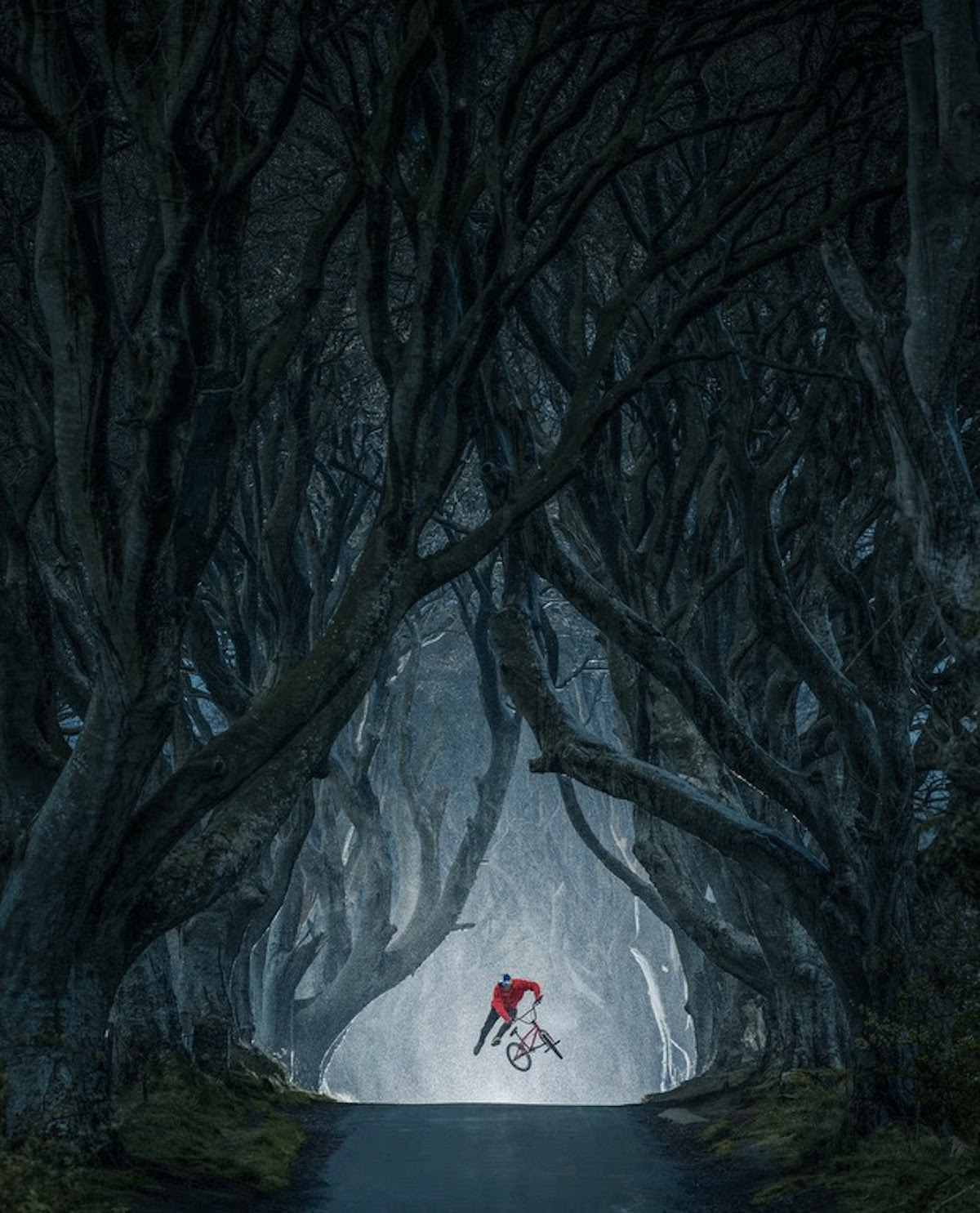 © Lorenz Holder / Red Bull Illume. Winner, Masterpiece by EyeEm
“It was early in the morning with the first sun rays hitting the road and we managed to get a pretty cool shot, but somehow I knew that there was pure potential in the spot. So, we decided to stay a couple of days longer and waited for some kind of rain, fog or other particles in the air, so I could use one flash from behind and create a white background to make Senad stand out a bit more and get the focus a bit more on the action. The rain came on our last day and I still remember the goose-bumps I had when I saw the image appearing on the screen of the camera. That‘s when I felt the same magical feeling I got when I watched Game of Thrones for the first time.” 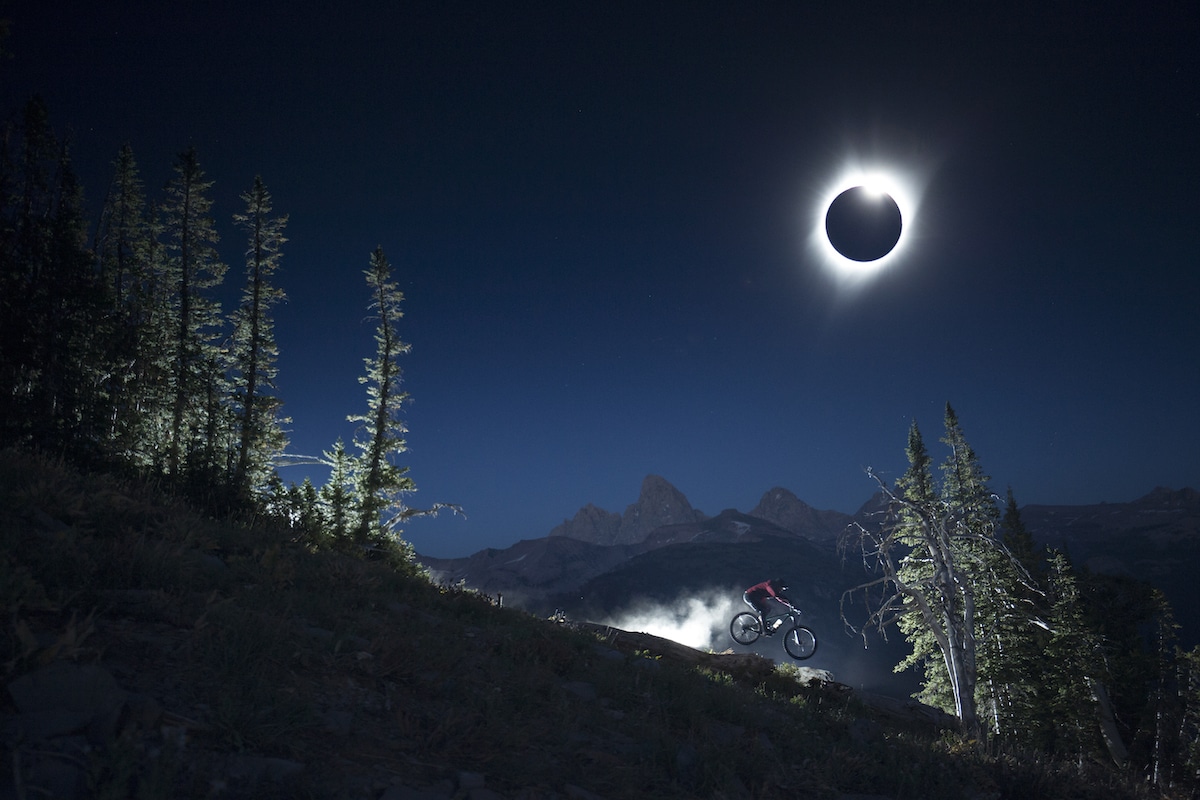 © Noah Wetzel / Red Bull Illume. Winner, Raw
“After weeks of preparation and creative conception, I loaded my Subaru and headed north to Wyoming for the Total Solar Eclipse in August of 2017. Arriving a couple of days before the eclipse, I linked up with athletes Chris Brule, Evan Grott, and Blake Sommer. The imagery goal was to capture the Eclipse and showcase mountain biking utilizing an in-camera double exposure—a very complex process.”

Like these action-packed photos? Share
Like My Modern Met on Facebook
Get Our Weekly Newsletter
Become a
My Modern Met Member
As a member, you'll join us in our effort to support the arts.
Become a Member
Explore member benefits