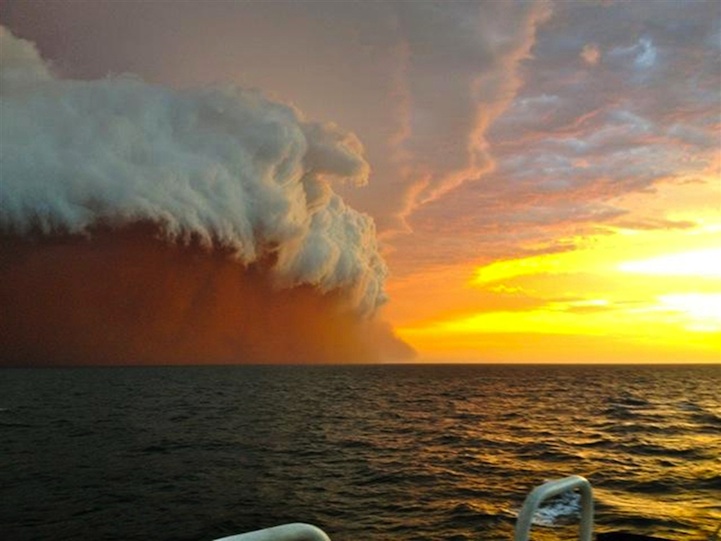 Lately, we've been fascinated with severe weather photography (see 12 Awe-Inspiring Photos of Lightning and Beautiful and Dramatic Thunderhead Clouds), and yet we were still stunned when we came across these strangely surreal photos. On Wednesday, Western Australians were greeted with a shocking sight. A brewing thunderstorm suddenly built up off the coast of Onslow which moved reddish colored sand and dust from the land, into the air and out to the Indian Ocean. Tug boat worker Brett Martin quickly took some photos as did Levi Cooper, with his iPhone.

“We were steaming along in the boat just before sunset and the storm was casually building in the distance, then it got faster and faster and it went from glass to about 40 knots in two minutes,” said Martin to The West Australian. “It was like a big dust storm under a thunderhead, there was a lot of lightning but not a lot of rain.” 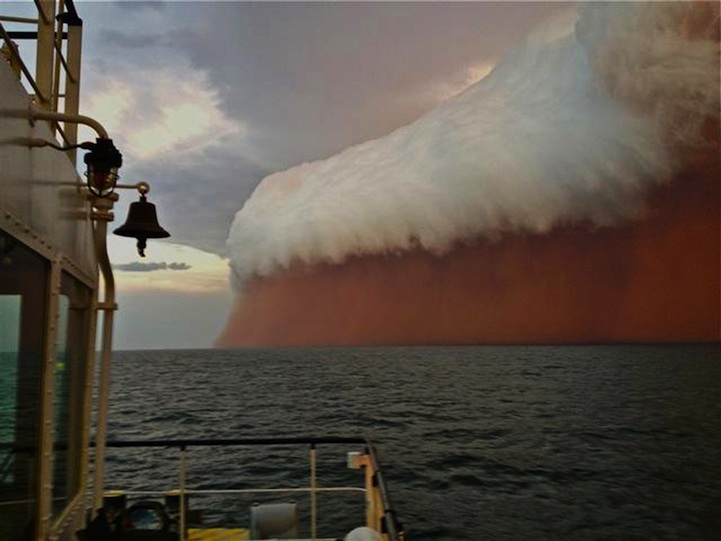 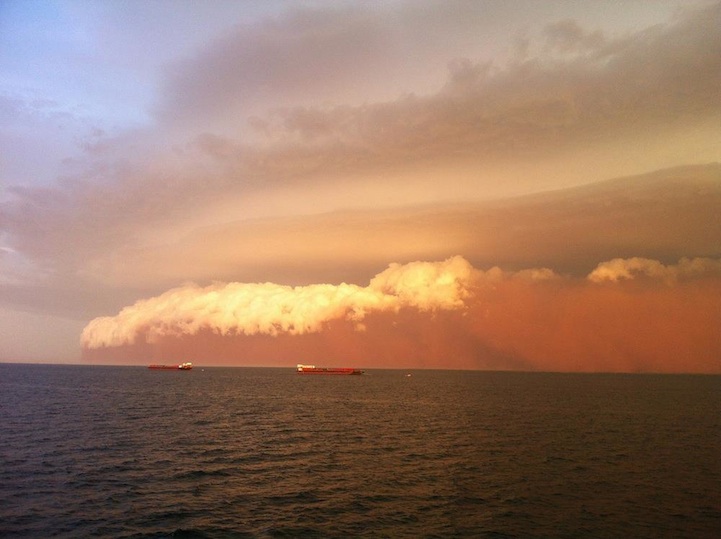