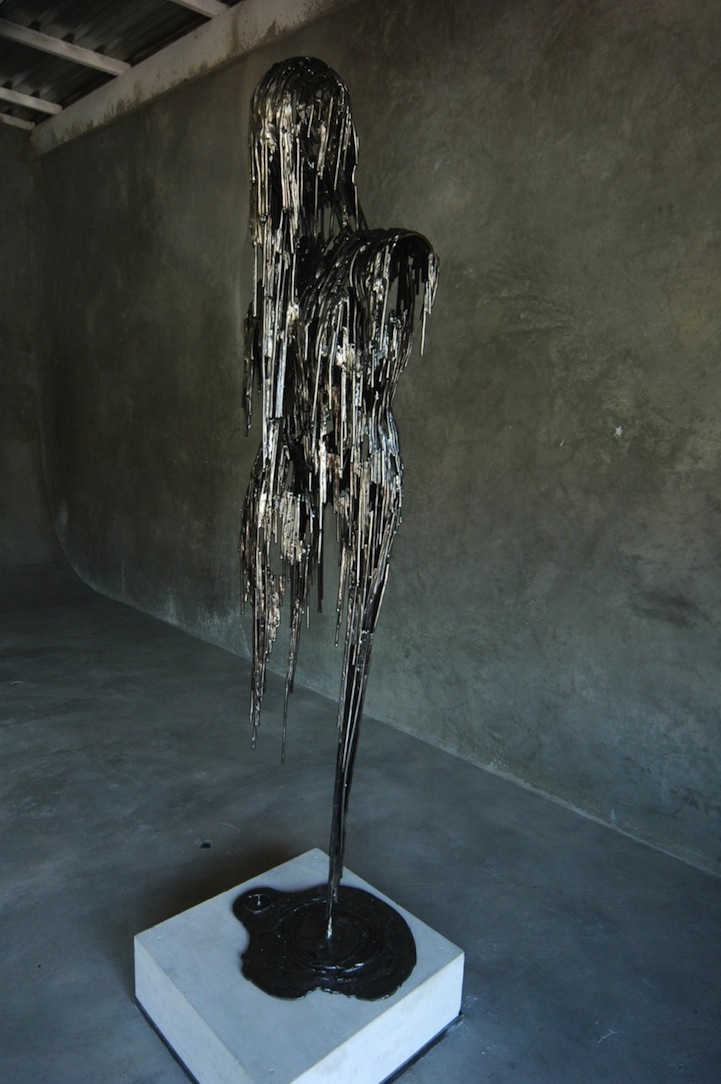 Johannesburg-based artist Regardt van der Meulen creates fascinating steel sculptures of men that appear to be incomplete. Two of his figurative structures of fragmented men, titled Drip and Deconstructed, offer an intriguing look at the duality of the human figure. The sculptor says, “The human body with its strength and fragility lie at the core of this series of works, while exposing the illusion of safety in modern society.”

Despite a rigid shell, van der Meulen's figures are still somewhat transparent. In the literal sense, his sculpture are physically splintered. The bits of their forms that remain intact, though sturdy in their material makeup, do not compensate for the pieces that are missing, scarring the entity with holes. One could interpret this construction as a metaphor for not only the dichotomous power and vulnerability of one's physical body, but also one's emotional and mental state. 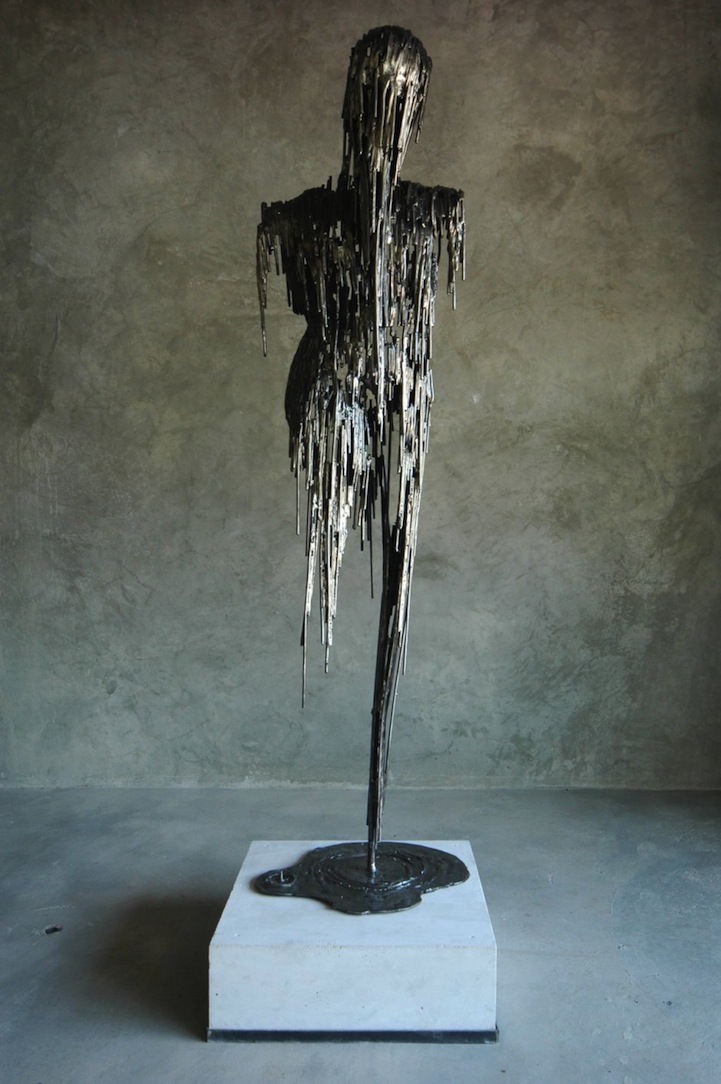 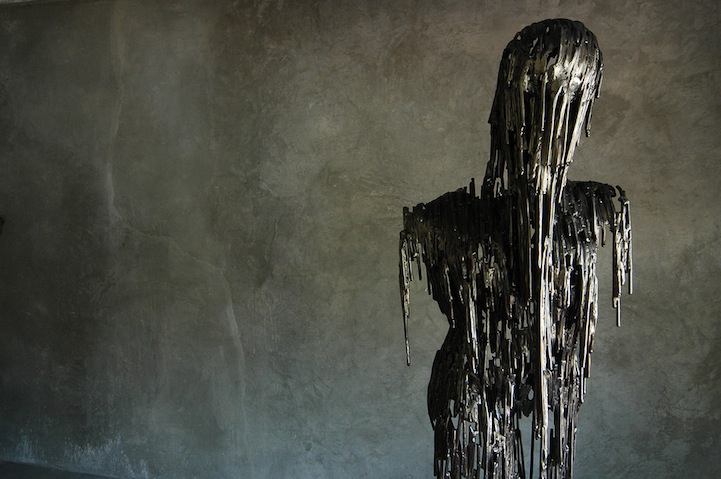 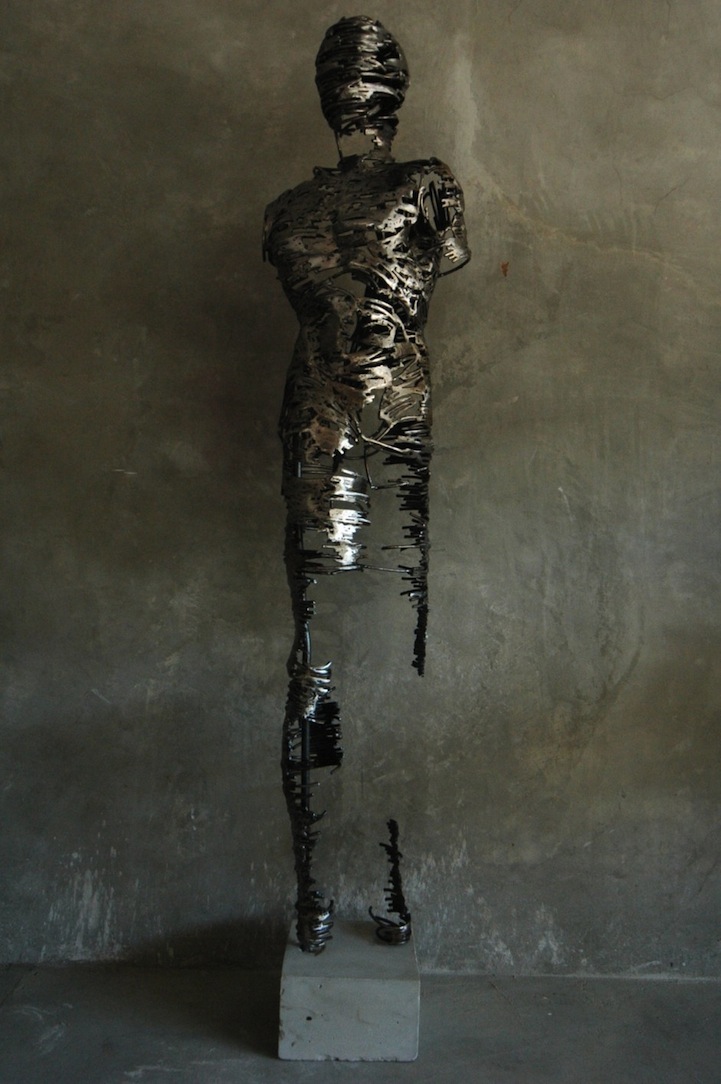 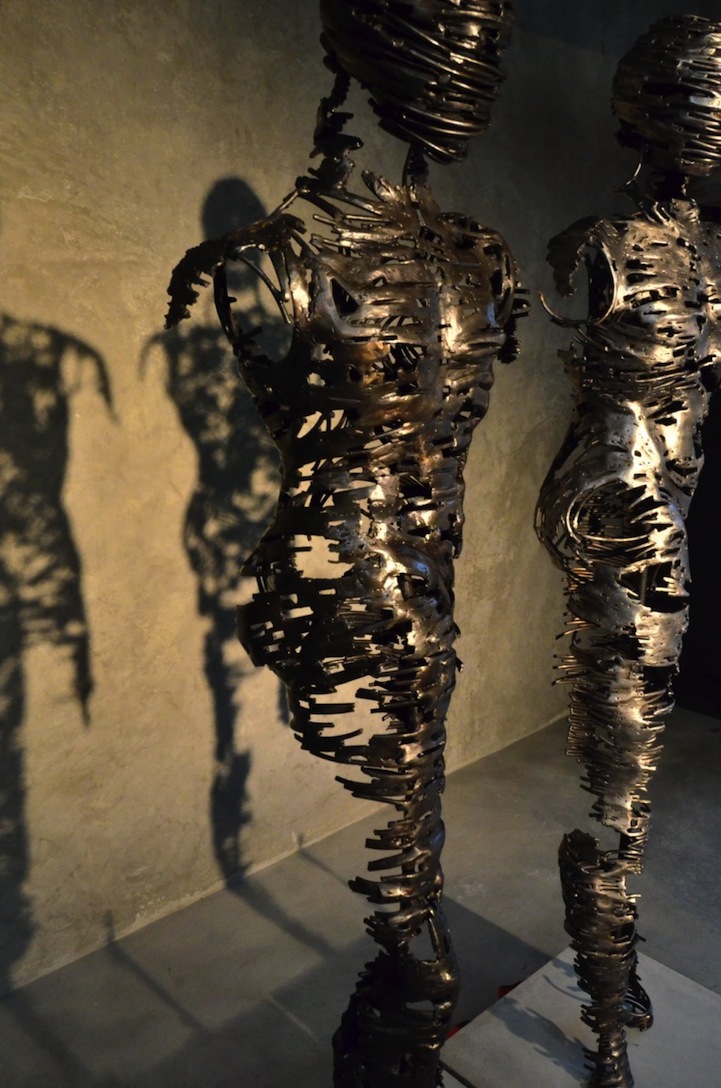 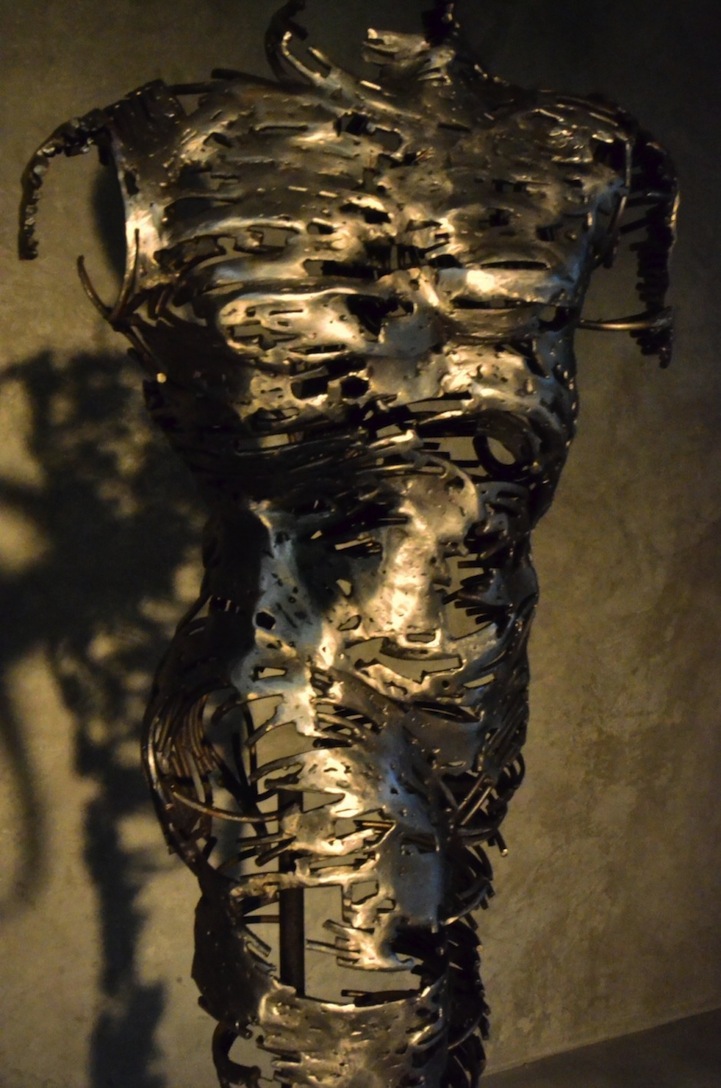