Elaborate World Maps Made of Beeswax by Ren Ri 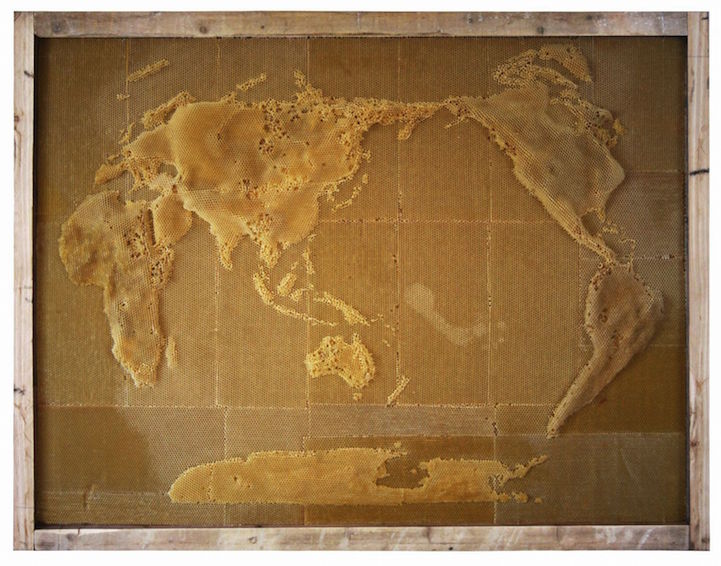 The new Pearl Lam Galleries Soho in Hong Kong is currently showing the amazing beeswax sculptures of Ren Ri. As mentioned previously, Ri works with honeybees in creating intriguing wax sculptures that live in transparent geometric containers. His other body of work, called Yuansu I: The Origin of Geometry, involves making honeycomb maps that are in the image of various countries around the world.

As for their meaning? The gallery states, “The artist believes his sculptures represent the truth of how humans interact with nature, which involves harmony, destruction, molding, and interference, and can result in unpredictable, sometimes volatile, but sometimes wondrous results.”

Ri first started beekeeping in 2006 and several years later he began to create art pieces fully made of beeswax. He's since exhibited his works in Taipei, Shanghai, Beijing, Milan, and Venice.

Pearl Lam Galleries is a driving force within Asia's contemporary art scene. Soho is their second gallery in Hong Kong and it is dedicated to promoting emerging artists as well as more established ones. Beijing-based artist Ren Ri: Yuansu Projects is Soho gallery's inaugural show and it coincides with the third edition of Art Basel in Hong Kong. You can see Ren Ri's beeswax sculptures at Pearl Lam Galleries Soho from now till April 12. 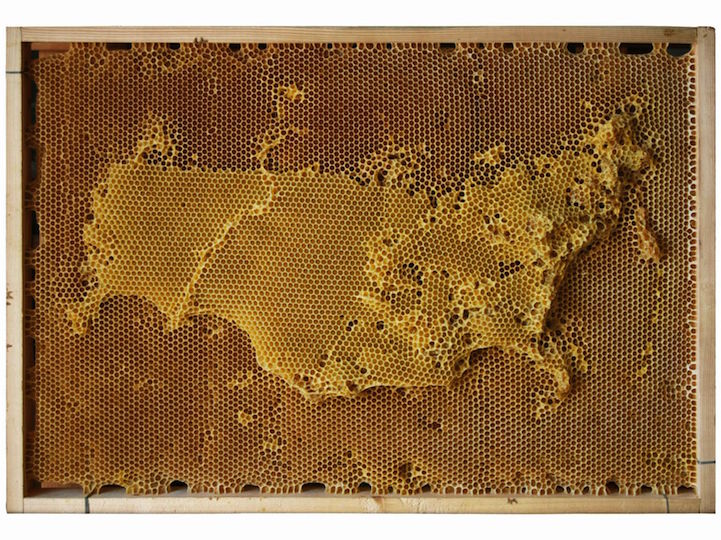 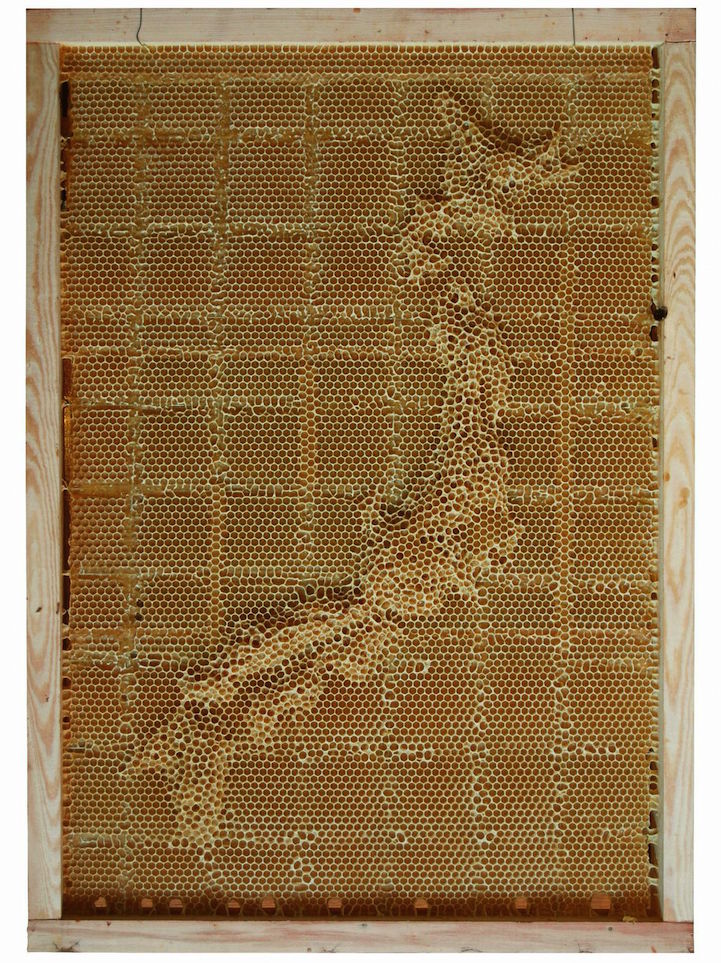 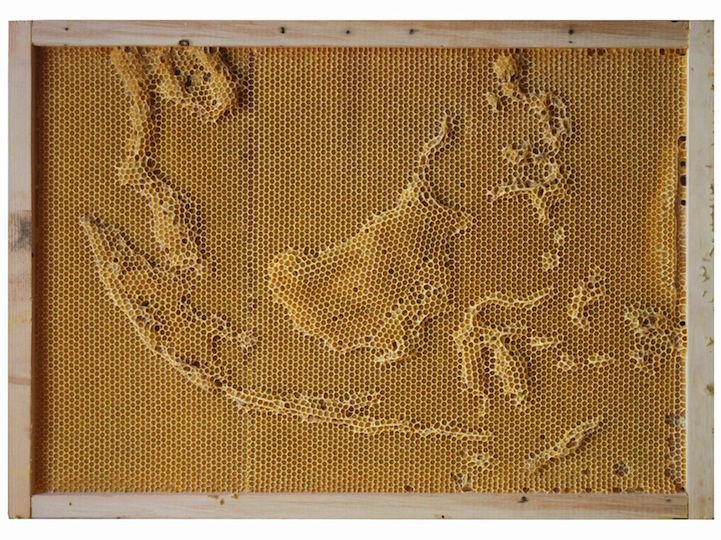 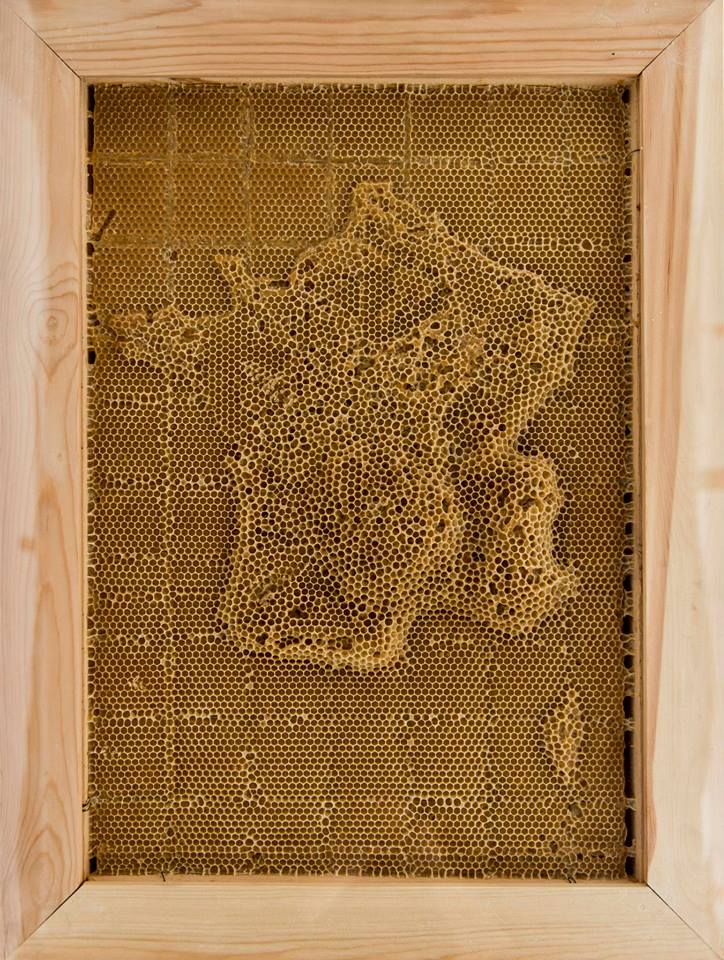 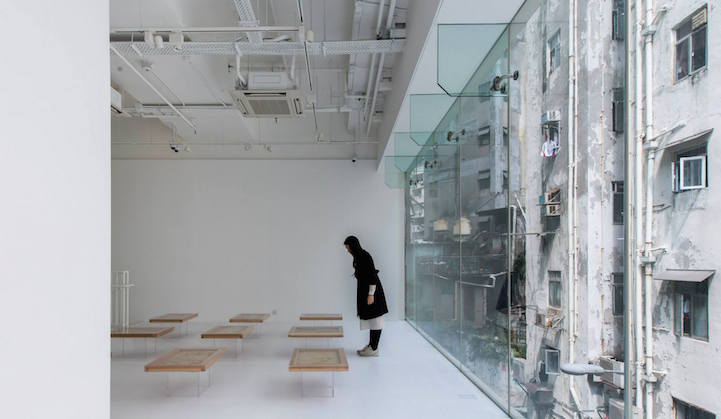 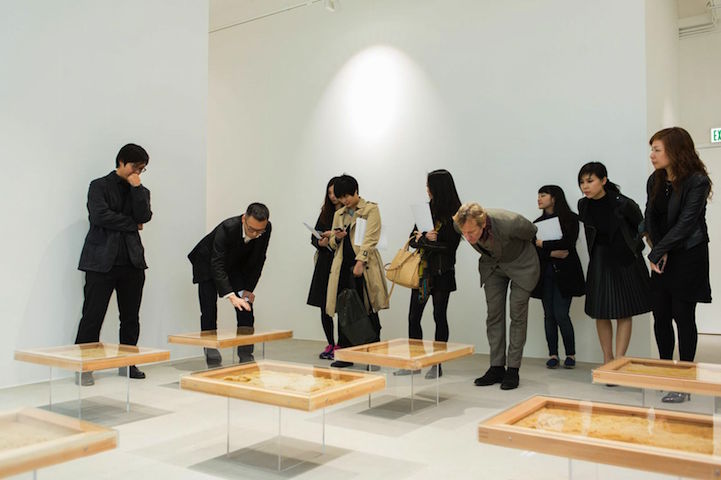 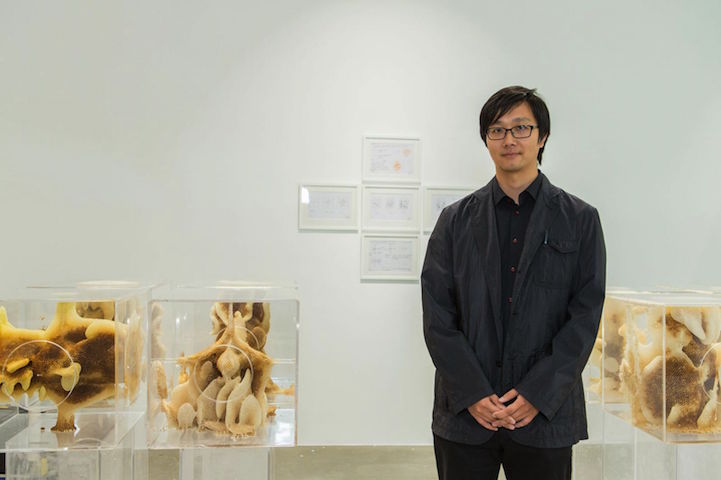