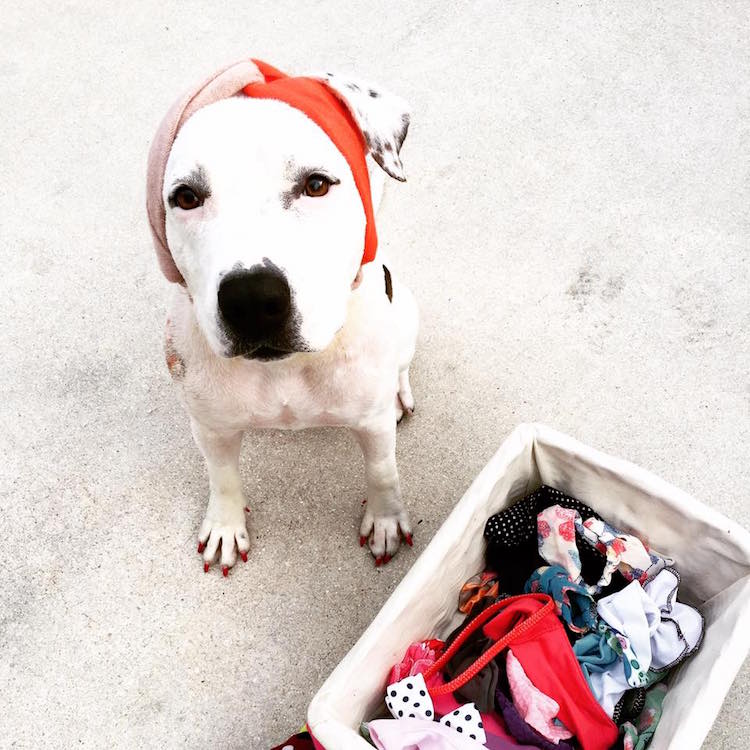 Meet Abigail—a recently rescued pup who looks great in hats! From headbands and scarves to bows and beanies, this darling dog always seems to be sporting an adorable accessory on her head. Unlike most dressed-up dogs, however, Abigail’s cute getups aren’t just fashion statements. They’re used to cover up the horrible wounds on her head.

In November, Victoria Frazier—the founder of Love Is Fur Ever Dog Rescue—rushed Abigail to Miami-Dade Animal Services. She saved the 3-year-old pit bull mix from a horrendous life as “bait” in a dog-fighting ring. As a result of her tragic situation, Abigail had suffered horrific injuries, including deep puncture wounds on her head, lacerations on her back and face, and the loss of an ear. Luckily, the veterinarians at Miami-Dade were able to treat the poor pup, whose case they described as the worst they had ever seen. 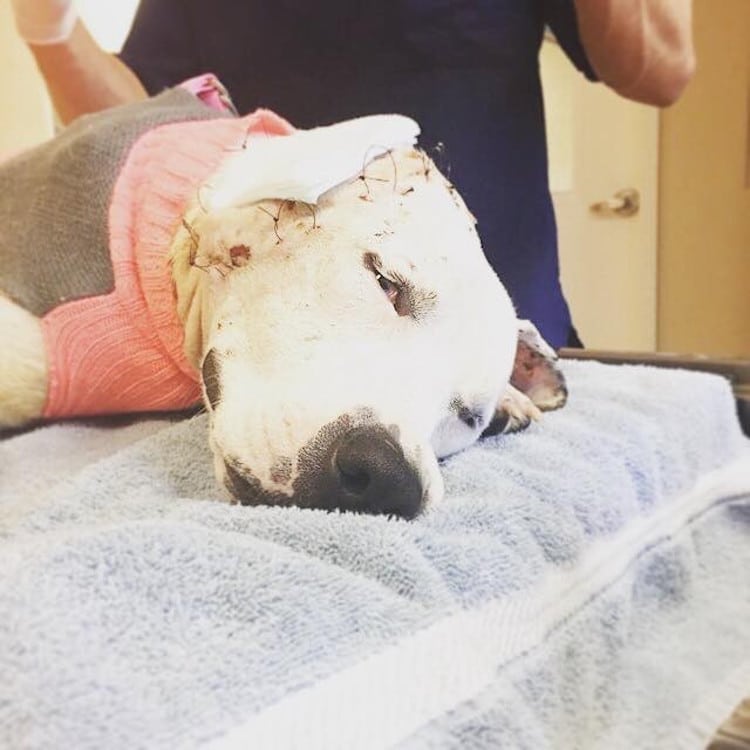 Following numerous surgeries, Abigail was left with stitches on her head and a painful recovery process. To cover her injuries and keep her comfy, Frazier began dressing her in cozy hats and headbands provided by a small group of knit-savvy volunteers. As Abigail’s heartbreaking story spread, however, she began receiving hats and other get-well goodies from strangers across the globe. “People all over the world are following her journey,” Frazier told The Dodo. “She get gifts weekly — from organic treats, toys, to bonnets.” So far, she has received upwards of 50 headdresses—though the numbers continue to grow!

To facilitate these generous donations and draw attention to Abigail’s inspiring story, Frazier started Bonnets for Abigail. Through the Facebook page, you can send her a gift, watch her model her amazing collection of hats, and, of course, keep up with her remarkable recovery. “We get many people saying they look forward to her posts every day,” Frazier said. “And that Abigail has restored their faith in humanity.”

While things are undoubtedly looking up for Abigail, she still needs at least one more ear-related operation. In addition to keeping her cute and cozy with a hat, you can also help pay for this important surgery by donating on GoFundMe. 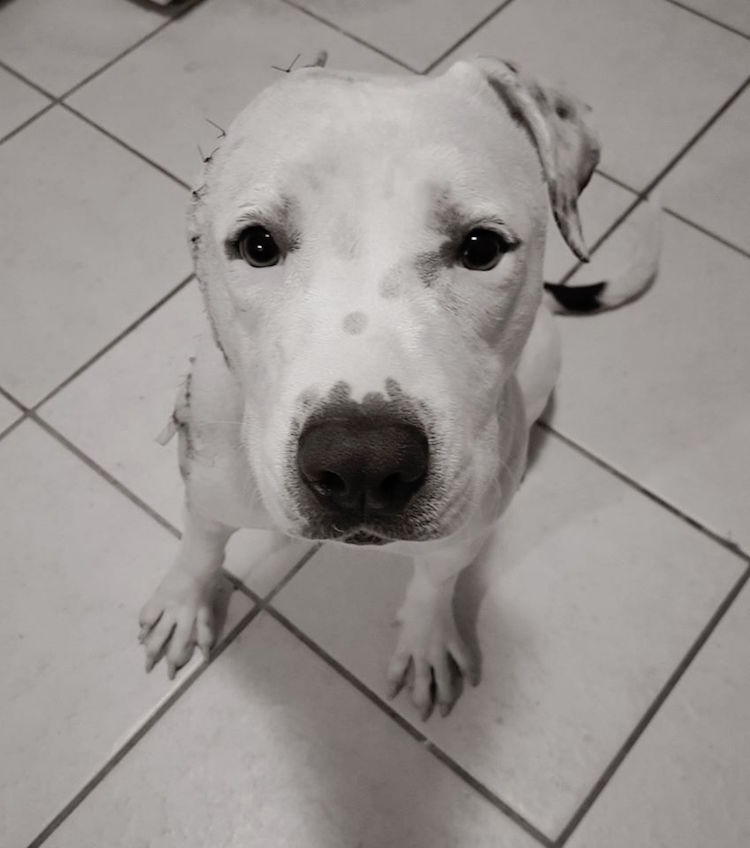 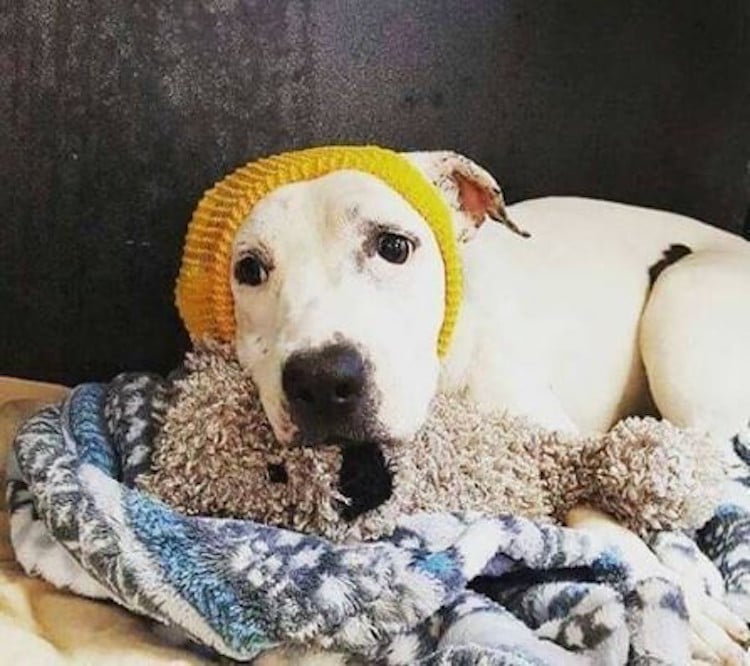 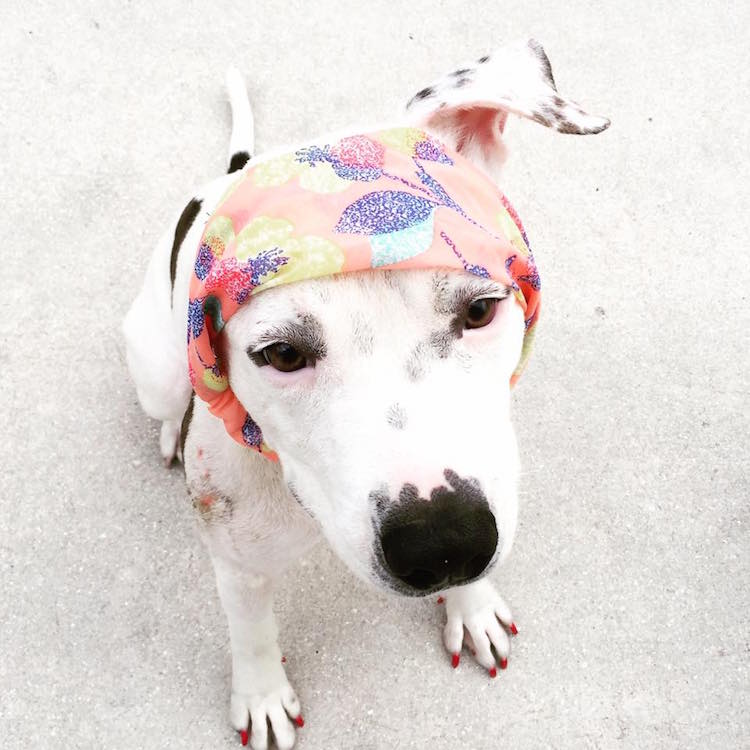 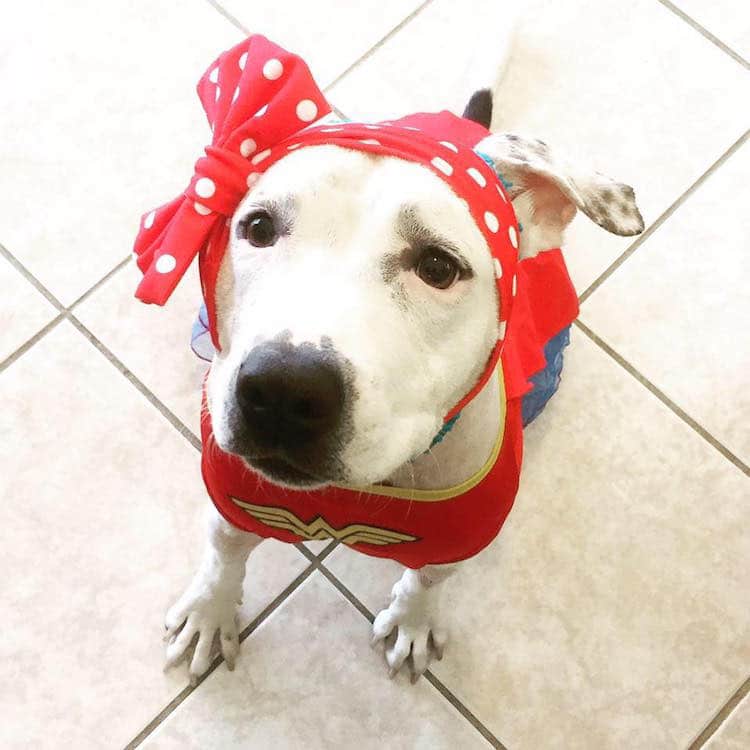 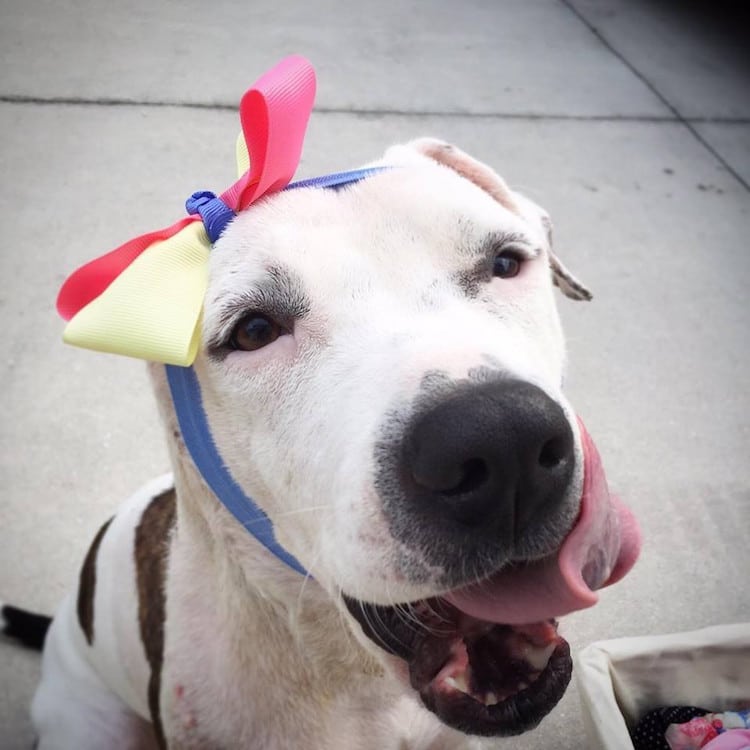 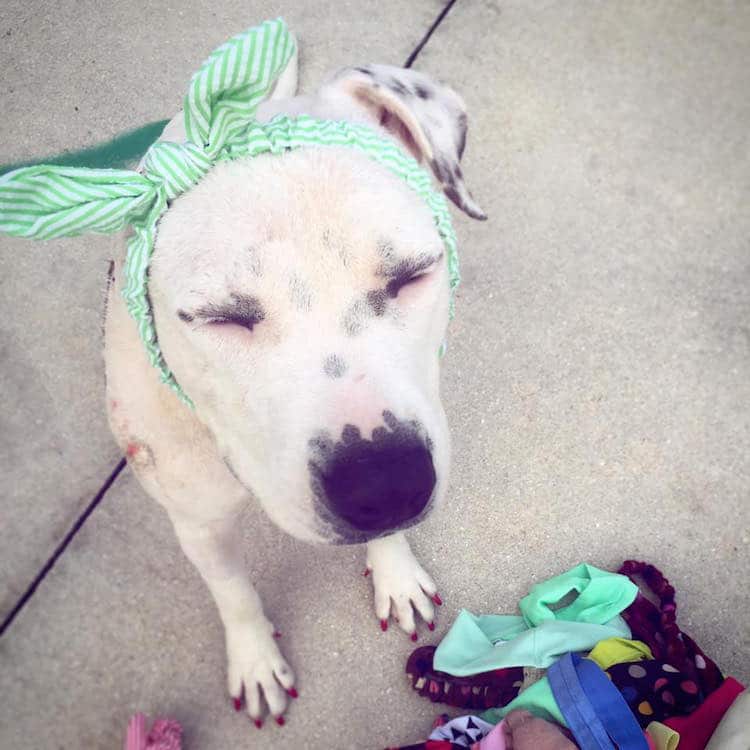 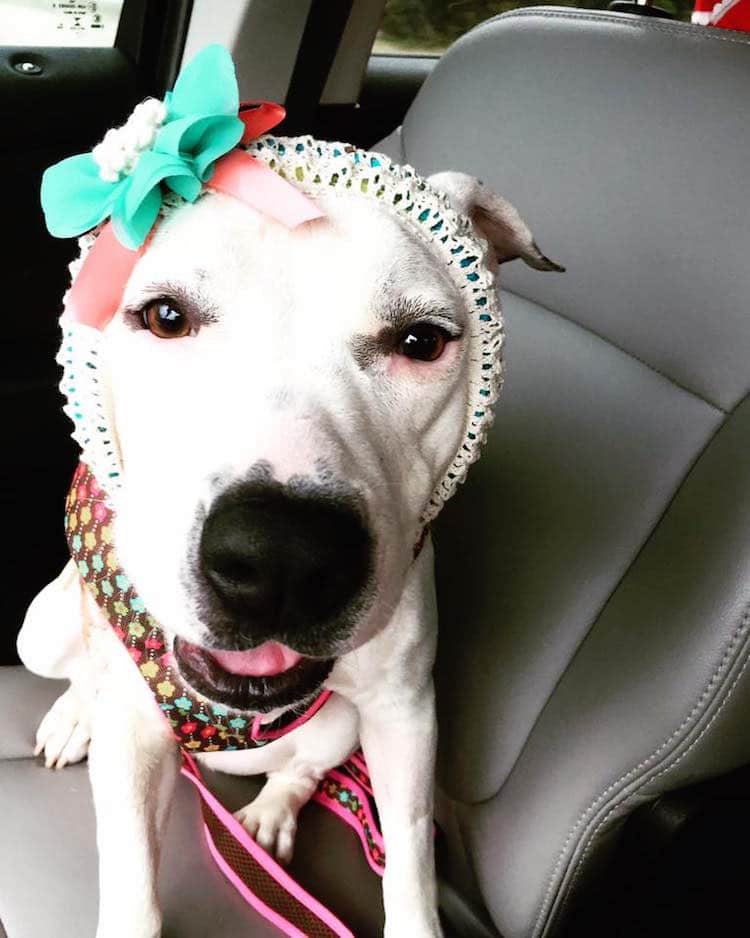 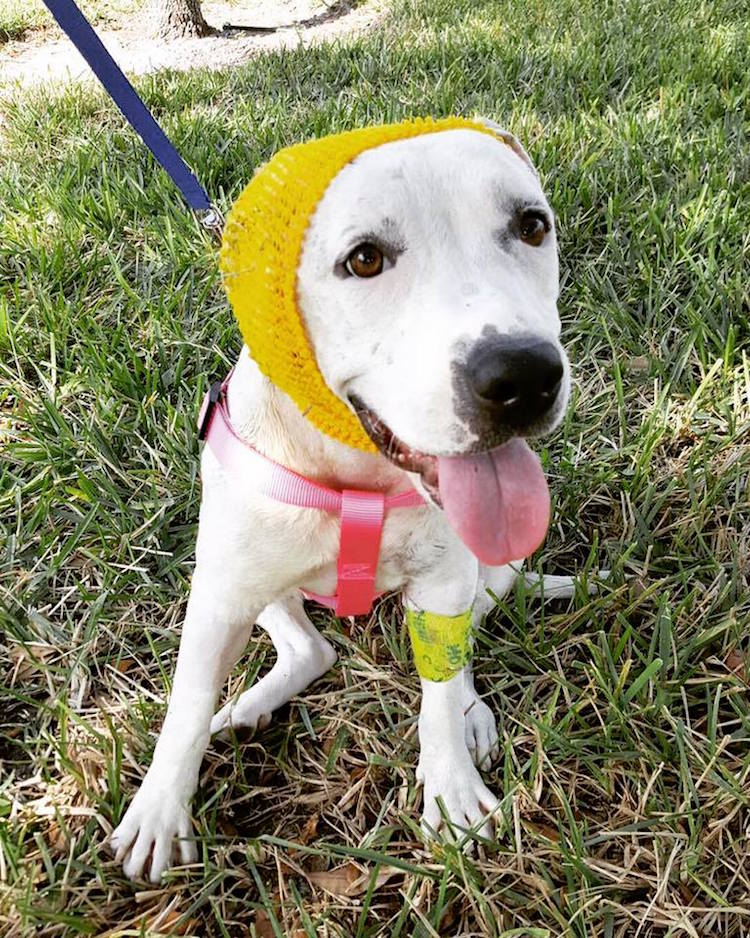 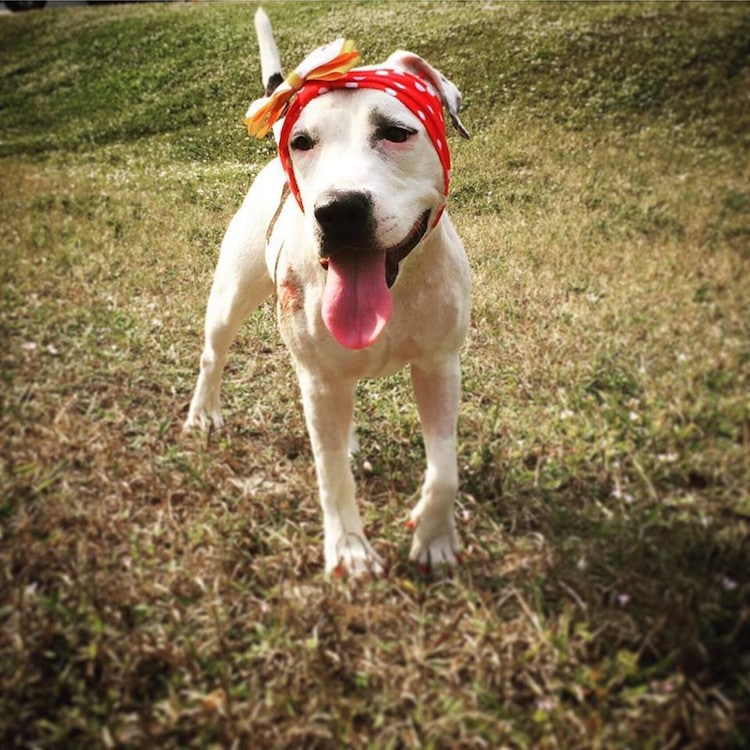 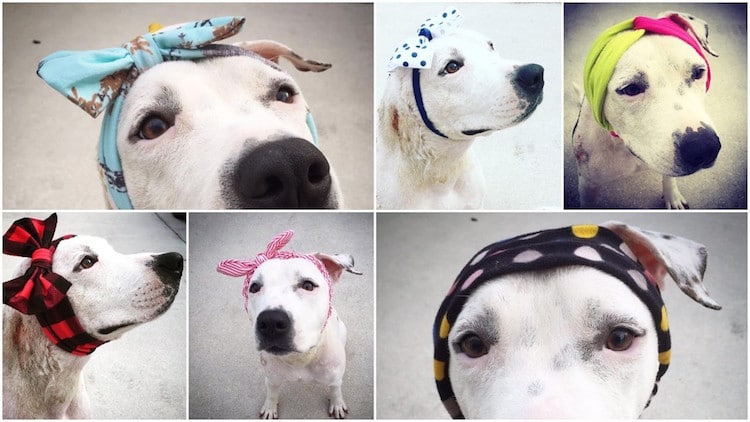 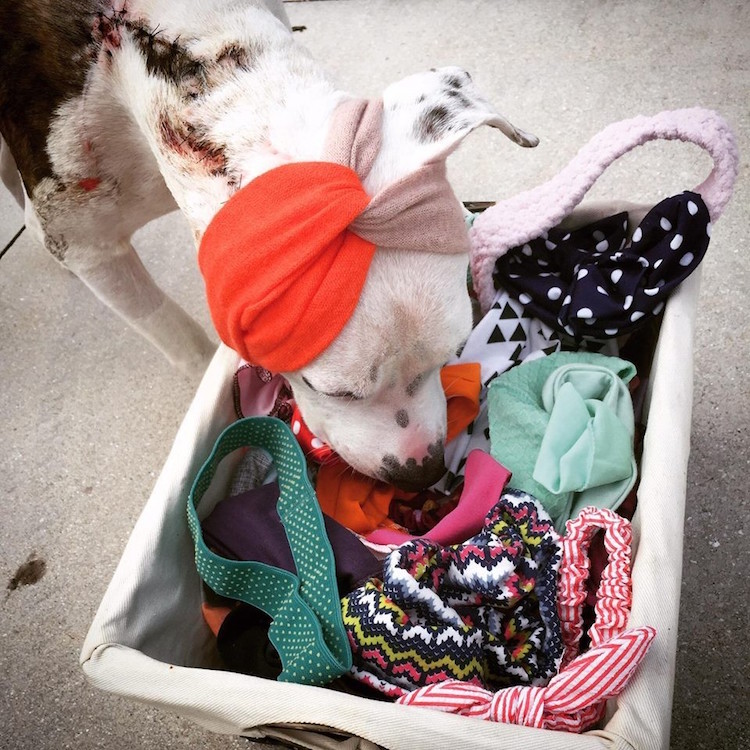 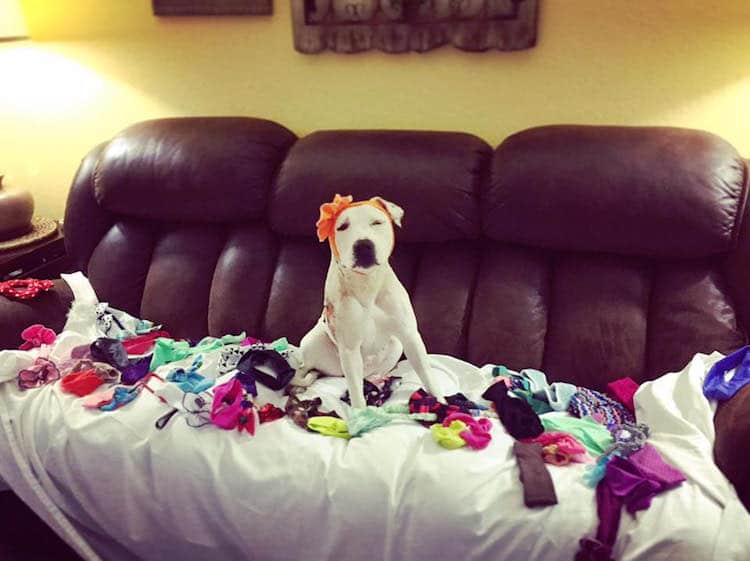 All images via Bonnets for Abigail.