Family Rescues Squirrel and Lets It Live in Their Christmas Tree 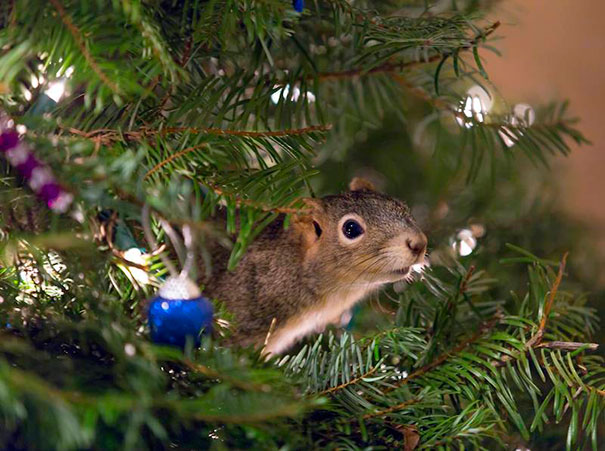 After finding an injured squirrel twitching on the side of the road, Redditor Chris (aka carefree_dude) and his wife unhesitatingly welcomed the injured creature into their home. They soon realized that the young animal wouldn't be able to survive without their help. “He couldn't really walk, drink water on his own, or really do anything. We were able to give him water with a syringe,” Chris told The Dodo. “About a year ago, we had rescued a different baby squirrel, and still had the means to house and care for one. We were able to reach out to a wildlife rehabilitator whom[sic] provided us with medicine to reduce the swelling in his head.” After six days on this medication, the squirrel began to show that he was feeling better and his new family decided to name him Mitten.

Although the rescued animal is quickly recovering from a presumed car accident, he most likely won't be able to spend his future in the wild. Luckily, Chris' family is willing to care for him as they work to give their new friend a healthy, happy life. They're actually planning to build Mitten his own enclosure with a real tree inside–but in the meantime, the fortunate creature seems to enjoy spending time in his family's Christmas tree. “My wife was playing with him near the tree, and he acted interested in it,” Chris explained. “We decided to let him wander, and he went right to the tree.”

While Mitten continues to practice his climbing skills in a festive manner, his human family members hope to rescue and care for as many animals as possible. “We love animals, and have a habit of rescuing ones in need. We've had many rescue animals in the past,” revealed Chris. “We want to someday open a wildlife rehabilitation center.” 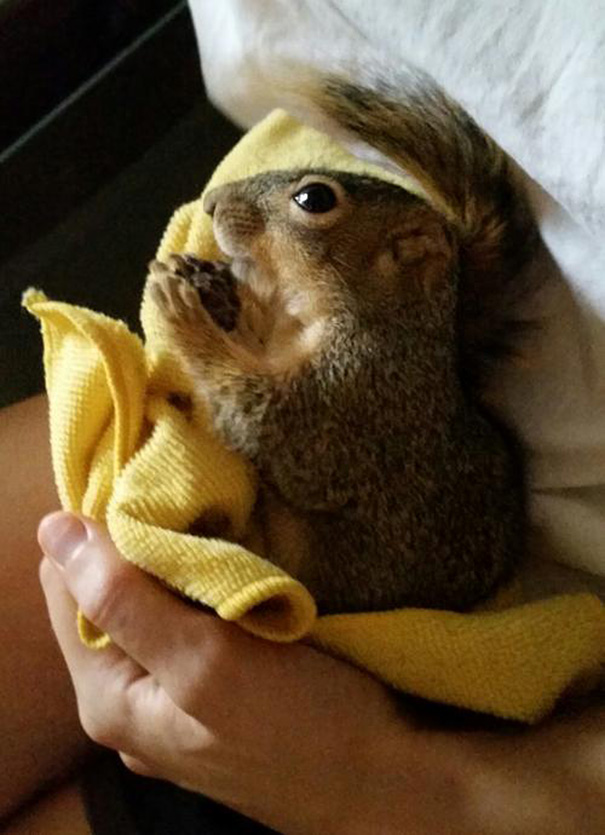 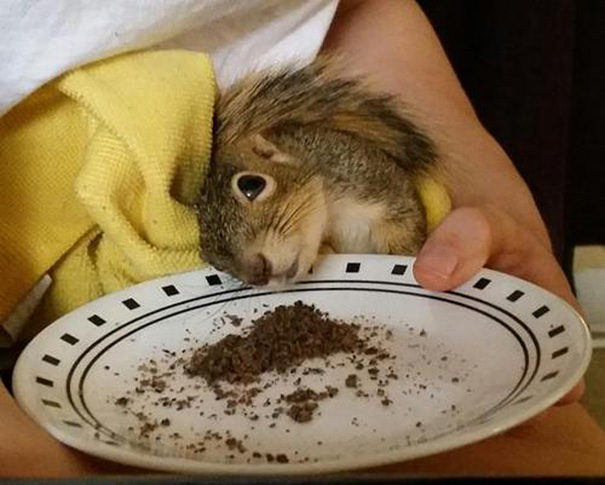 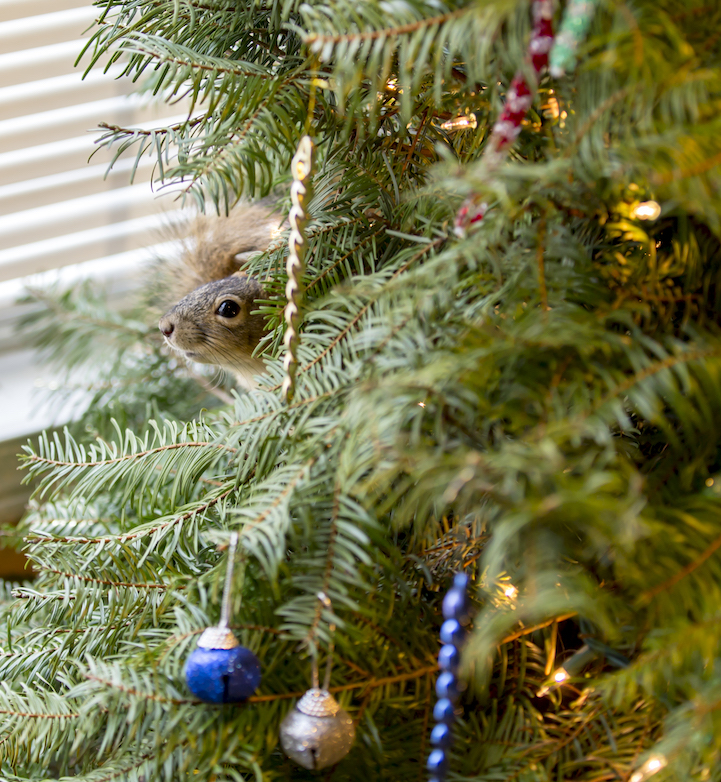 All images via Chris.