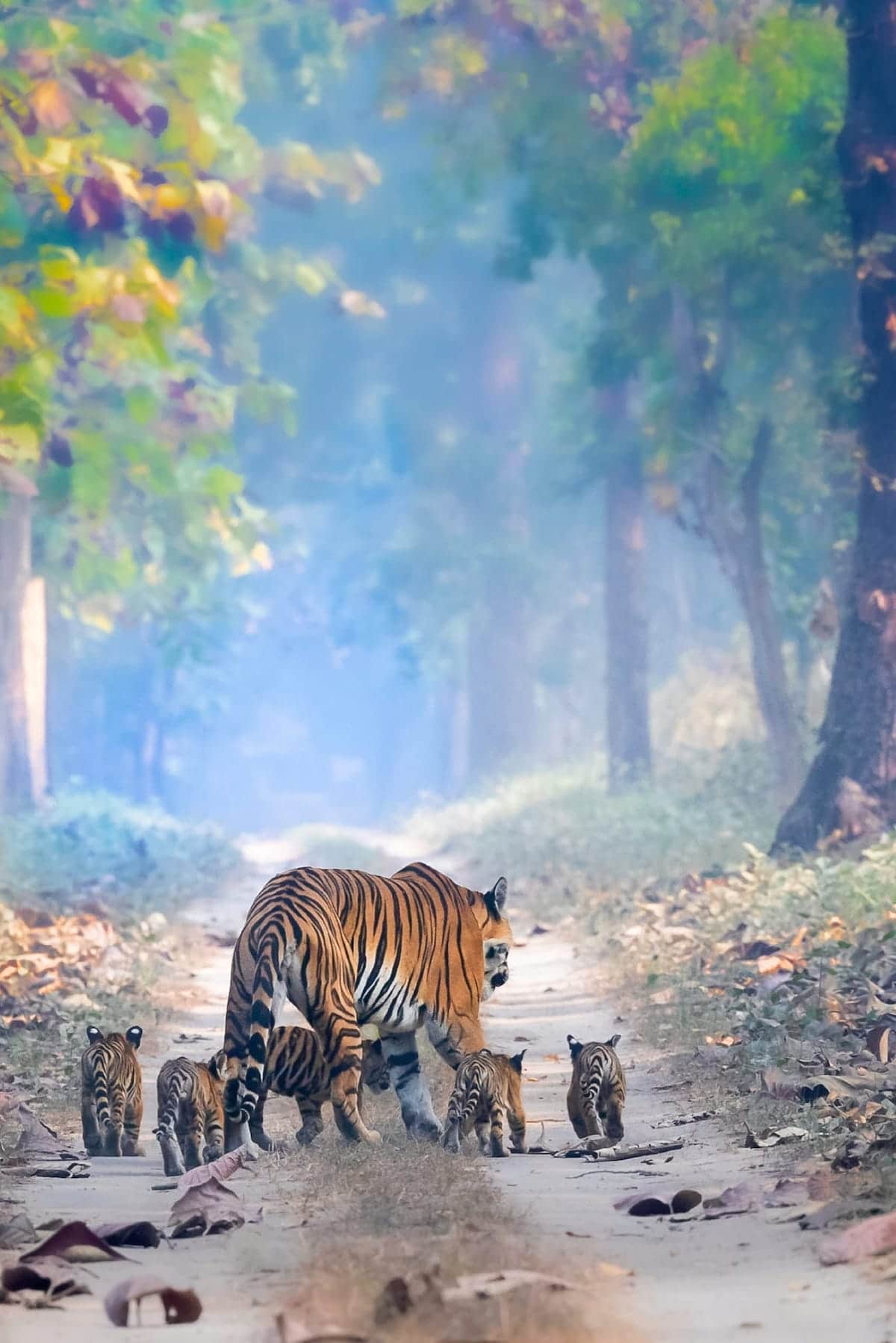 One viral photo of a tigress and her cubs is a beacon of hope for animal conservationists. The image—taken by Siddharth Singh, who leads safaris through the Dudhwa National Park in India—spread quickly once it was shared on Twitter by Parveen Kaswan. Kaswan works for the Indian Forest Service and is a member of the International Union for Conservation of Nature, so he was especially pleased by what he saw in the photograph.

To the untrained eye, it simply looks like a beautiful picture of a tigress with her cubs. But for those who work in conservation, the image is a positive sign that their efforts are paying off. Taken at the Kishanpur Wildlife Sanctuary of the Dudhwa Tiger Reserve, the photo shows five cubs happily trotting alongside their mother. The fact that there are five is significant, as the average litter only has three cubs. Singh, who was visiting the park with his son when it opened for the season, was the first to document this exceptional streak of tigers.

“We have been following this particular tigress for the past four years,” Singh told Times of India. “We call her Beldanda female after the forest beat where she is generally sighted. She can easily be compared with Ramthambore’s tigress ‘Machali’ because she is extremely tourist-friendly and often walks on the road meant for tourist vehicles. Even on Saturday, we shot her video while she was sitting on the road and [she] didn’t panic despite watching us. After [a] few moments, she called her cubs and then we came to know that she has given birth to five cubs. Otherwise, [the] forest department had captured her picture with four cubs only.” 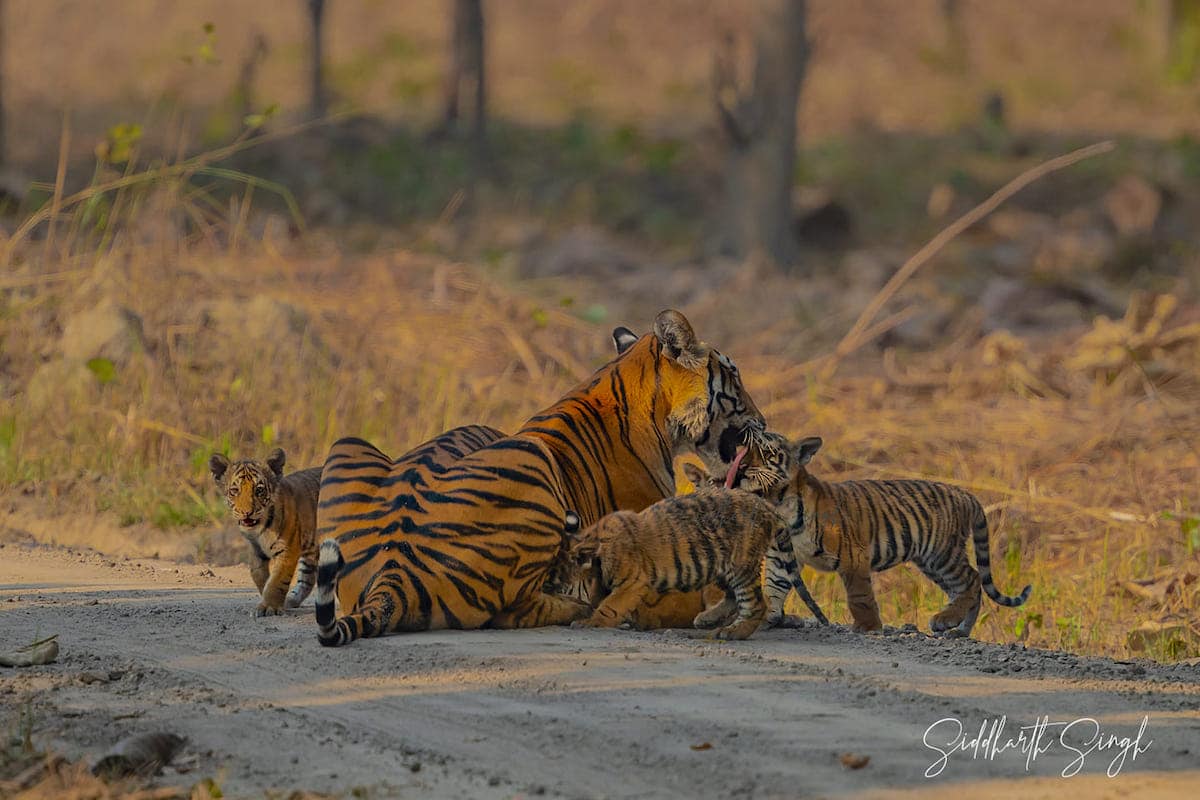 To ensure the cubs' safety, their exact location is not being disclosed and the route passing through the sanctuary has been closed to the public for the next six months. This will give the cubs a chance to grow and thrive without being disturbed. The family will also be monitored using camera traps. Dudhwa reserve field manager Sanjay Pathak emphasized the importance of isolation at this time in the cubs' development, as tigresses typically stay secluded to keep their cubs safe from male tigers other than the father, as well as poachers. By giving them space they need, the reserve is letting nature take its course.

For their part, WWF India is elated with the news. “Five cubs are quite rare and definitely it is quite encouraging for us,” said state coordinator Dr. Mudit Gupta. The sighting falls right in line with the rising population of tigers in India. Home to 70% of the world's tigers, India's tiger numbers were up to 2,967 in 2018. That's a big jump over the last tiger census, which counted 2,226 in 2014.

Part of the success is due to government initiatives that include a ban on hunting and more focus on education and awareness in villages around the country. They've also invested heavily in hiring additional forest guards in order to make their reserves more secure. And now, with a single image, the world can see that their efforts are paying off.

One tweet made this moving photo of a tigress and her five cubs go viral.

This is magical picture. Count the #cubs with #tigress. I know for a reason how few people will be elated after seeing this. Efforts are helping in making this species bounce back from verge of extinction. PC Siddharth Singh. Magical Terai. pic.twitter.com/ZIaMlUAxBj

Does this photo make you happy? Share
Like My Modern Met on Facebook
Get Our Weekly Newsletter
Become a
My Modern Met Member
As a member, you'll join us in our effort to support the arts.
Become a Member
Explore member benefits