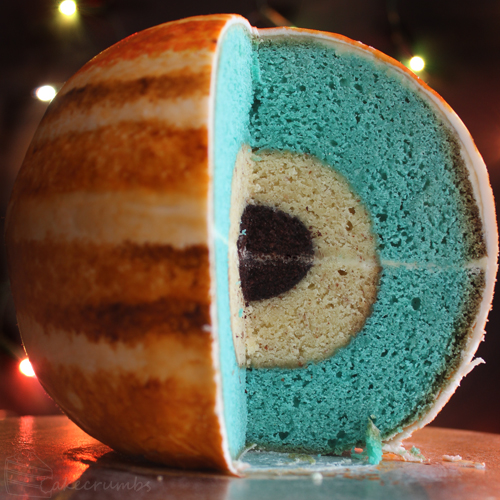 After receiving a surge of attention and countless messages praising her for her Earth cake, self-taught cook Rhiannon (aka cakecrumbs) decided to try her hand at baking a structural layer cake of another planet–Jupiter. Unlike her first planetary dessert, featuring only one hemisphere, this one would be a complete sphere.

Continuously learning from her experimental baking projects, Rhiannon had an easier time constructing Jupiter. She was awarded more room for artistic liberties with the time saved on figuring out how to appropriately construct the cake. As a result, her completed Jupiter Structural Layer Cake is an astounding display, boasting the large planet's detailed atmosphere.

Using a marshmallow fondant to cover the entire sphere, the creative baker proceeded to dry brush “a combination of ivory, brown and maroon edible ink.” She says, “I ended up sticking mostly with ivory and adding extra detail with the brown. Once all the base colours were down I started removing colour to create the storms or other distinguishing features and topping it off with highlights. The whole process took about 8 hours with teeny tiny brushes.”

Rhiannon includes a full recipe on her blog as well as a step-by-step video tutorial, which can be viewed below. 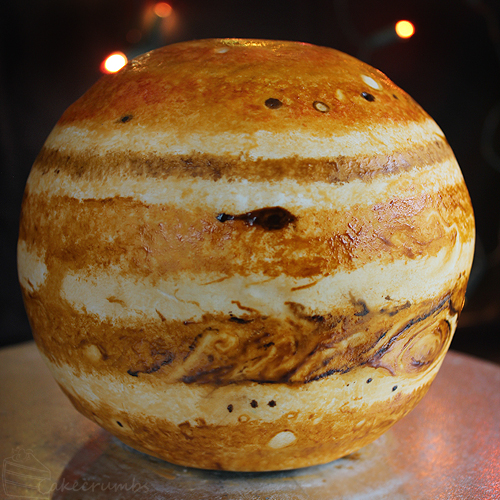 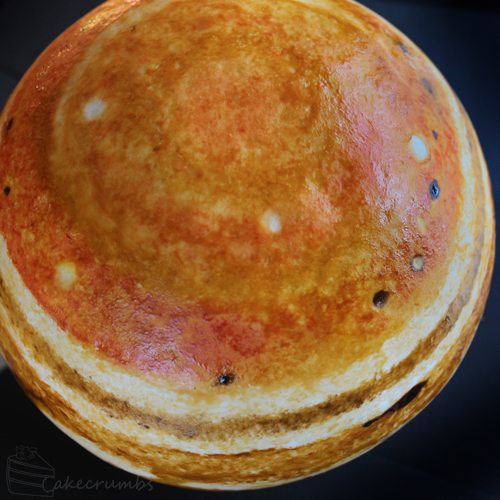 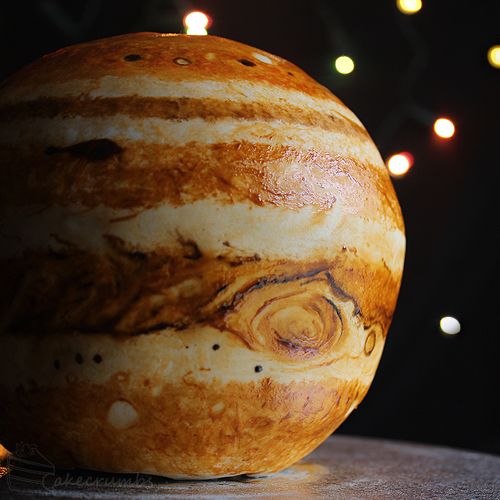 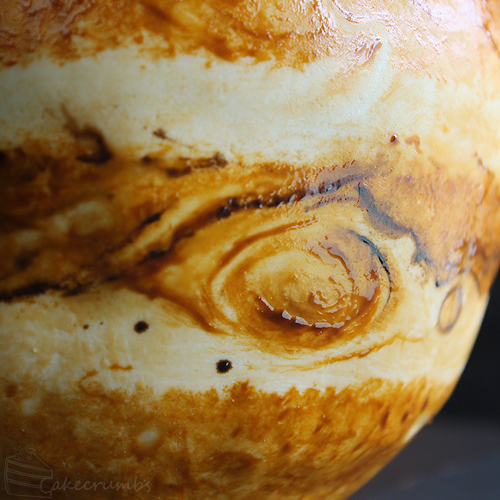 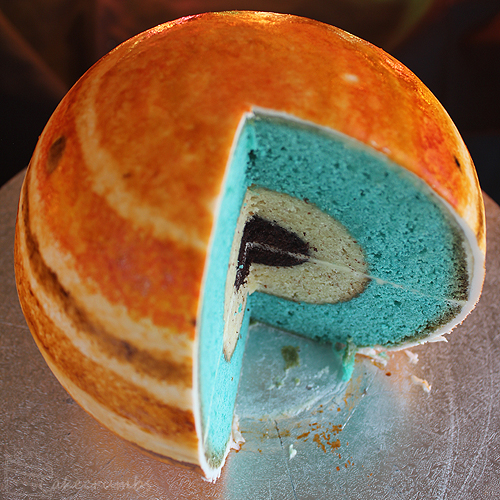 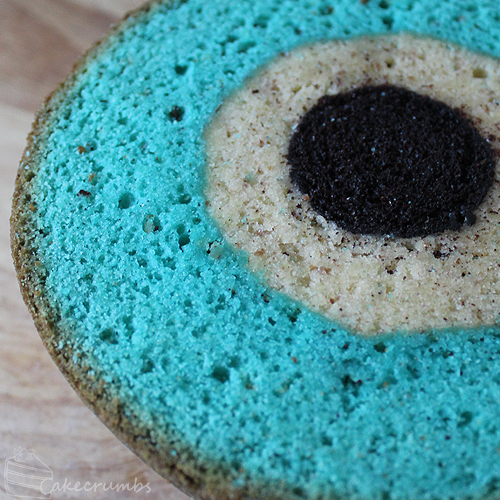