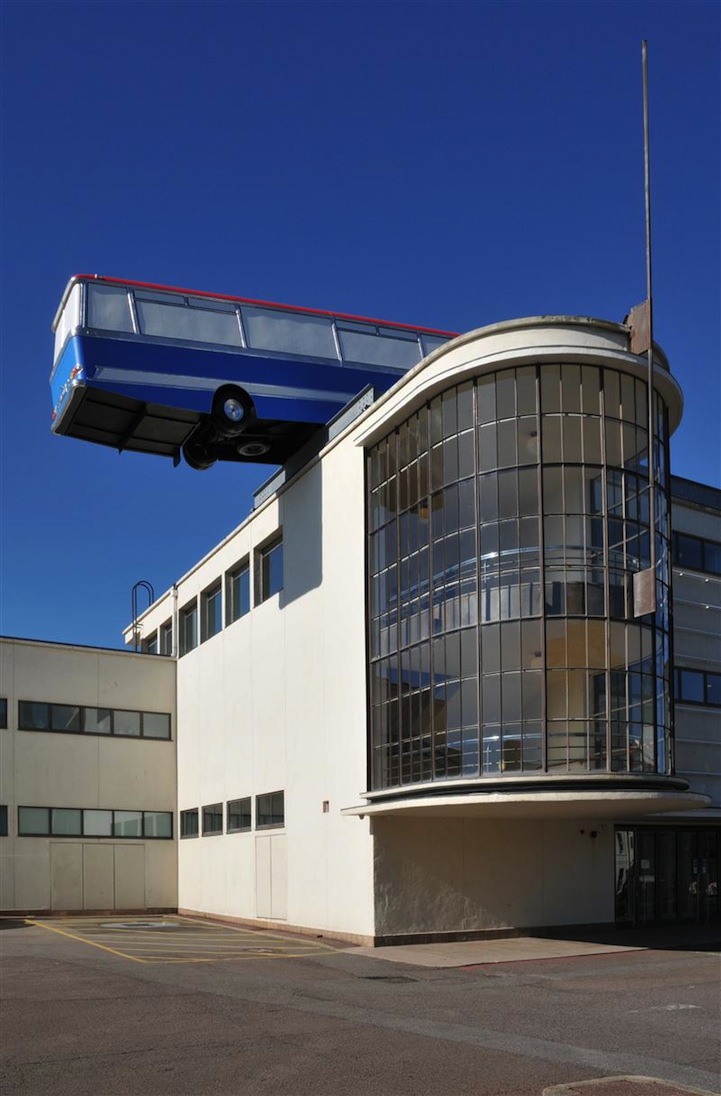 If you've ever seen the classic British caper film The Italian Job, this installation will look very familiar to you. Finding inspiration from the popular 60's movie, renowned English sculptor Richard Wilson has constructed this commissioned sculptural installation of a bus on the roof of the De La Warr Pavillion in England. Like in the closing scene of the film, we see this massive vehicle perched atop a steep slope, teetering on the edge. The title of the piece, Hang On A Minute Lads, I've Got A Great Idea…, is also a nod to the lead character's final lines in the film's literal cliff-hanger ending.

Wilson says, “I'm a great fan of the film but I'm also inspired by this iconic building and I work with architecture as my material. We needed a cliff-hanger moment to happen here on this building and it's also performing as a plinth. It will be hydraulically driven to teeter on the edge.”

There is also a patriotic element to the work as London was the host to the 2012 Olympics. “Producing this cinematic moment as a sculpture was not just about a structural daring but more a metaphor about the absolute limits of anything, being engaging. Being a red white & blue coach makes it a flag waving work for the Olympics,” says the artist.

The installation will be on display on the roof of the arts venue in East Sussex through October 1, 2012. 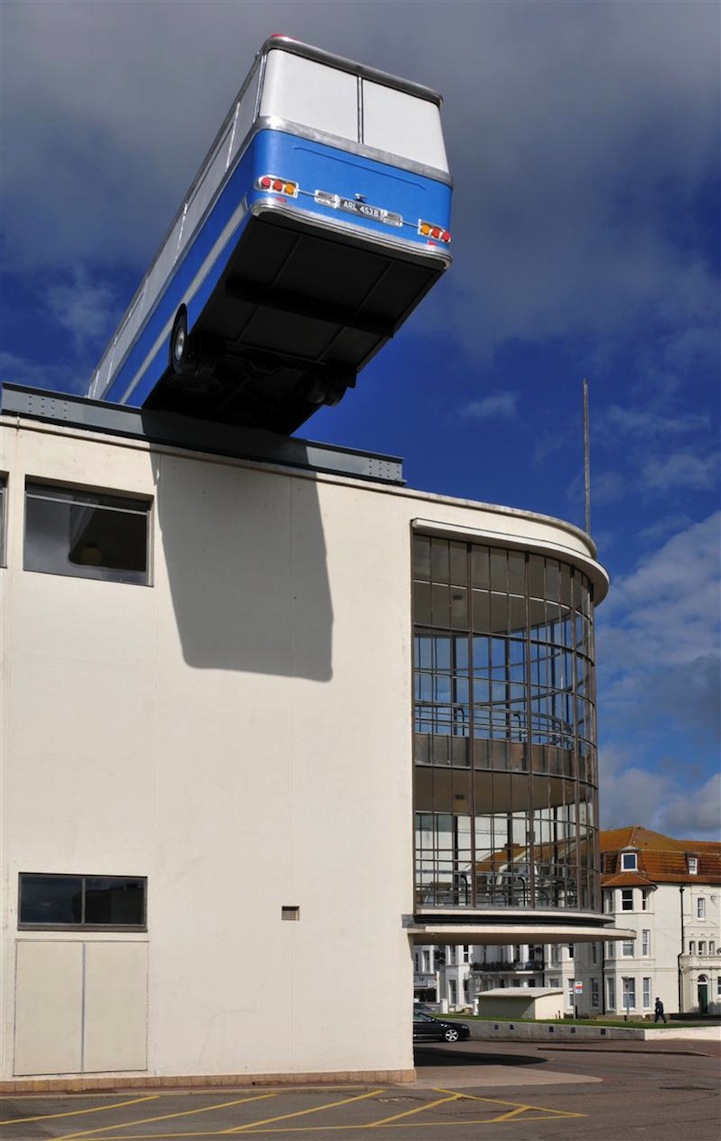 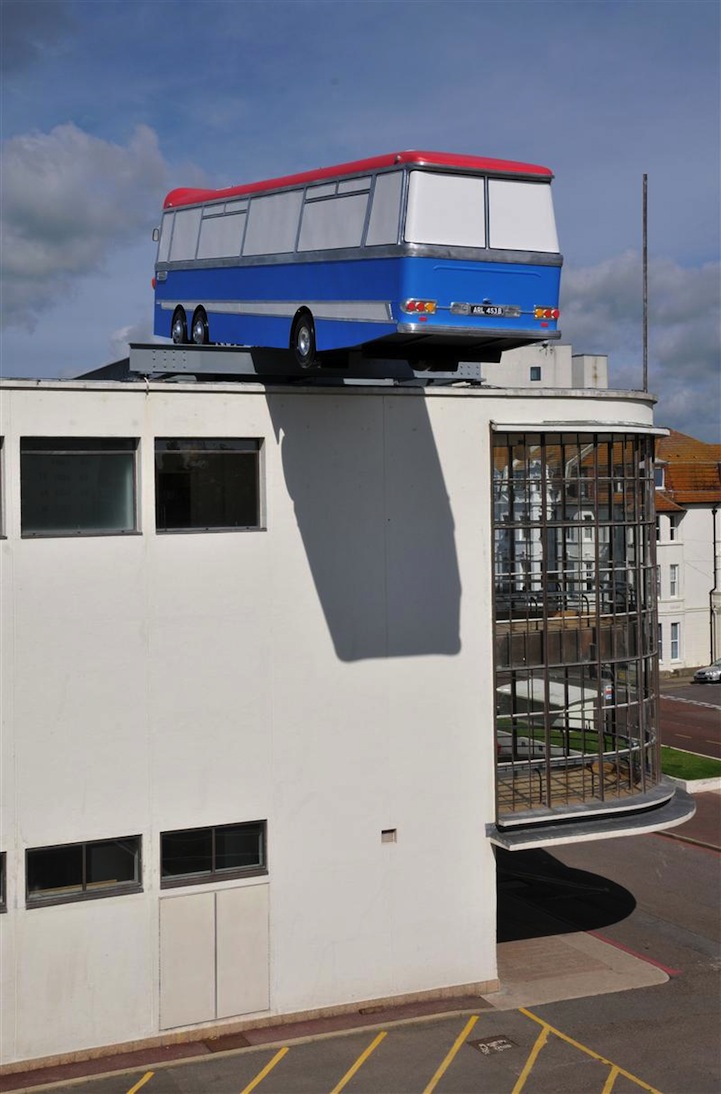 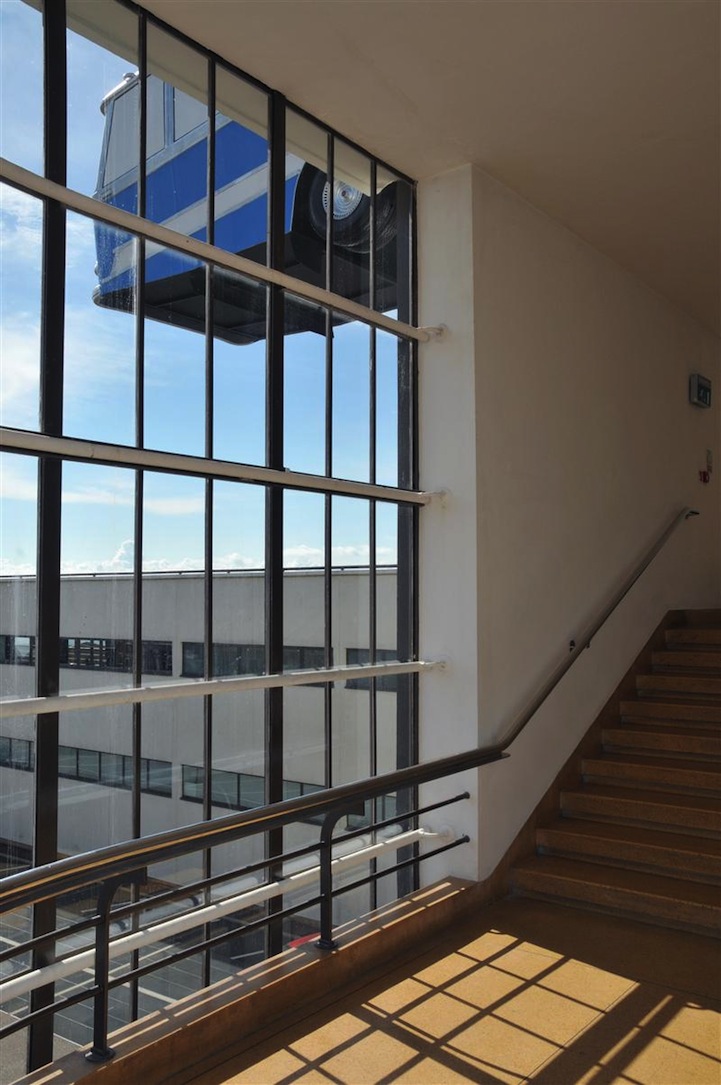 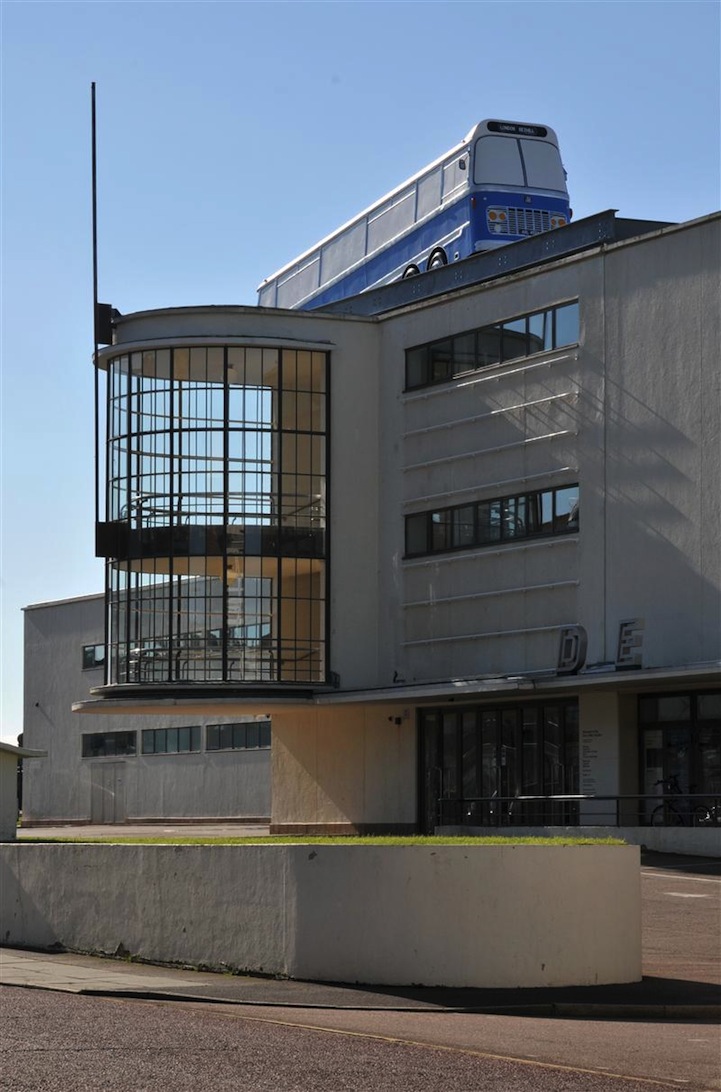 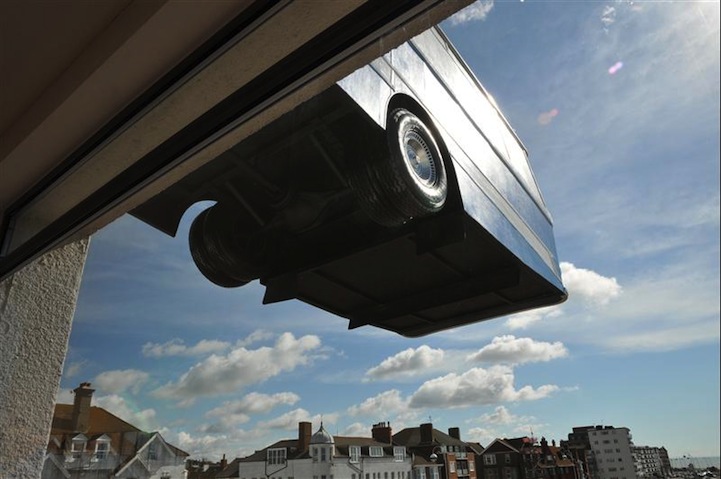 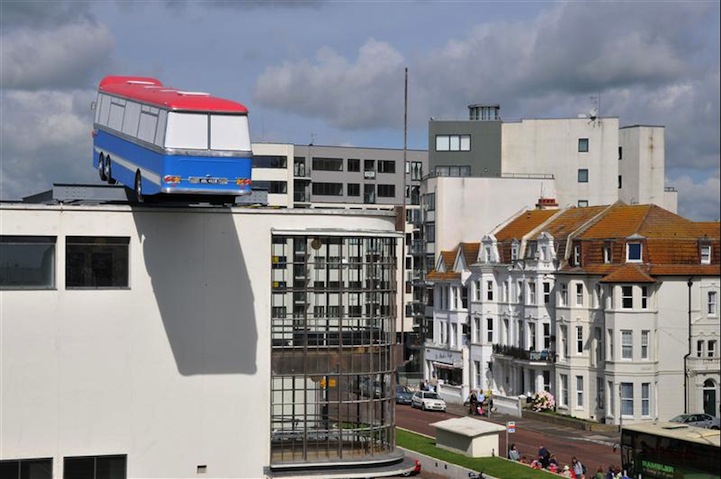 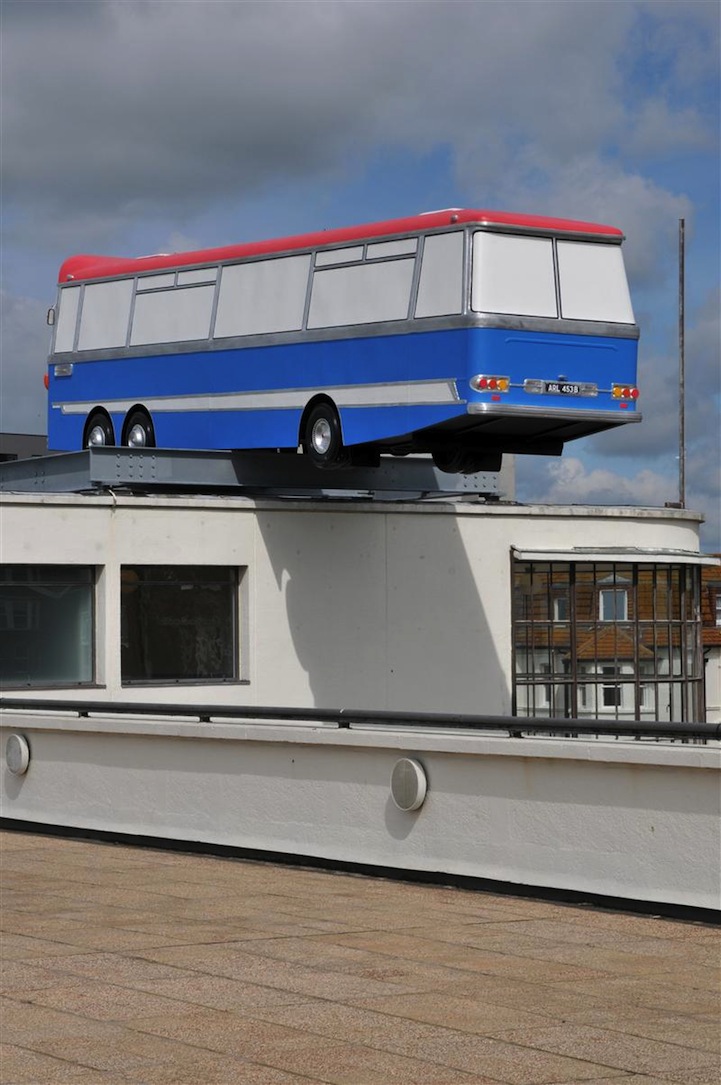 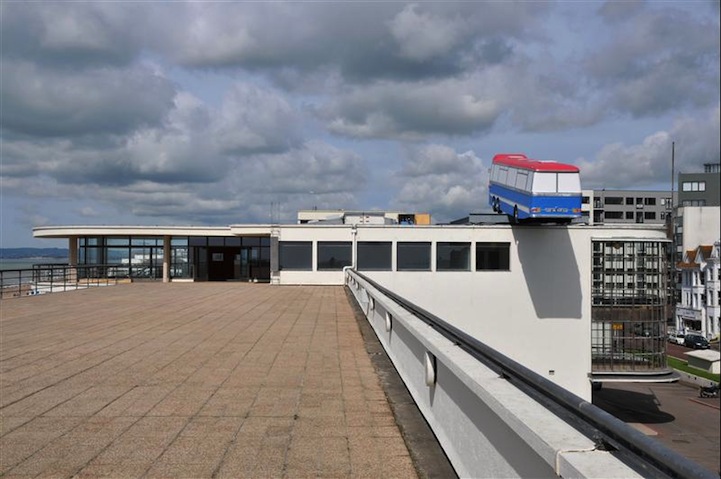