France’s Beautiful National Library Reopens After a Decade of Renovations 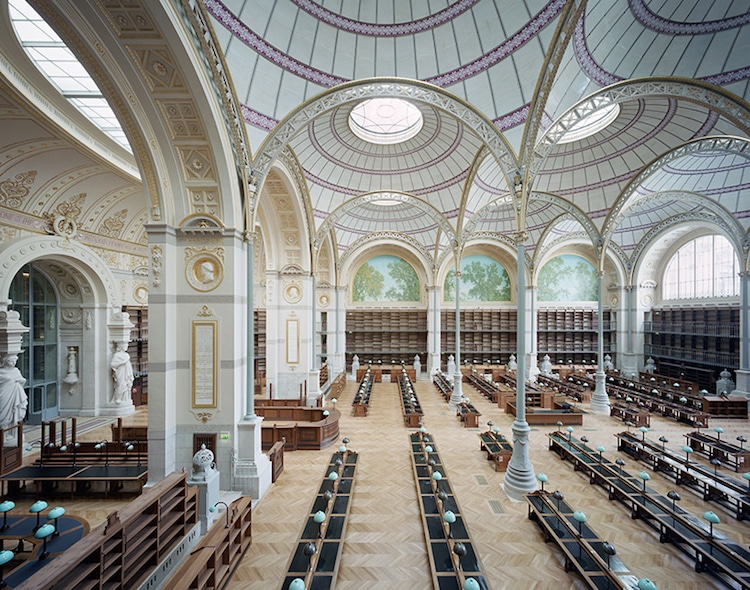 Ten years in the making, the former National Library of France has reopened after extensive renovations. Architects Bruno Gaudin and Virginie Brégal were charged with bringing life to the historic complex on Paris's rue de Richelieu.

Gaudin and Brégal faced the immense task of reworking the Richelieu quadrangle, which includes the Collections and Reading rooms of the Manuscripts Department, the Maps and Plans branch, the Coins, Medals and Antiques bureau, and the Performing Arts Office. The aging building, which, in the early 2000s, was deemed unsuitable for 21st century needs, is undergoing renovations in two phases. The first phase, which began in 2011, was just recently completed.

To pay honor to the building's history, the firm carried out extensive historical and structural studies. This research paid dividends in the results, which pay homage to the past while weaving in modern necessities, such as elevators.

The historic Richelieu Quadrangle, which houses the former National Library of France, has reopened after a 10-year renovation. 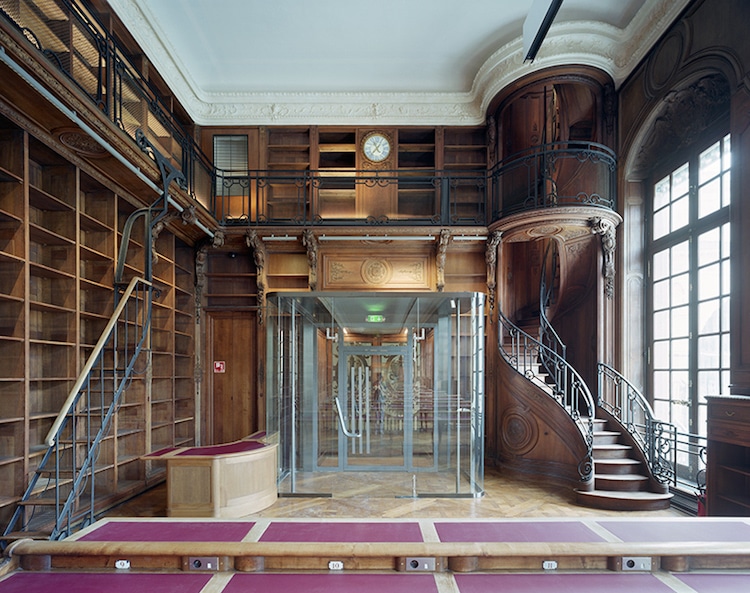 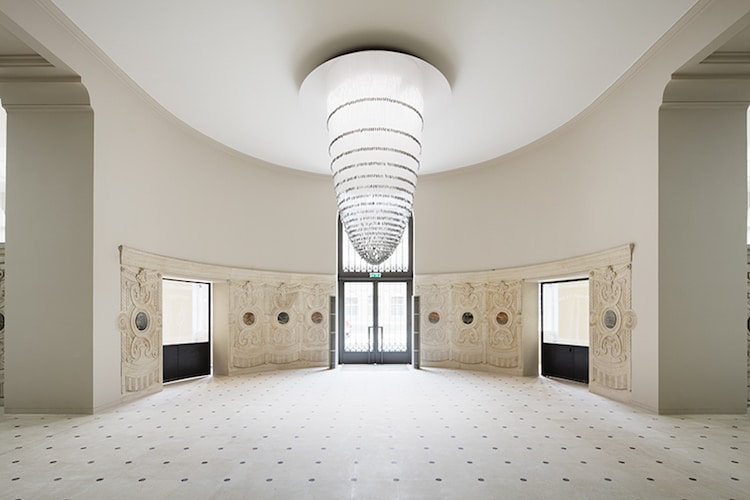 With a price tag of €78.2 million ($84.2 million) for phase 1, architects improved flow throughout the space by “tearing apart” the tangle of staircases, shops, and corridors that had crept into the site's architecture throughout its rich history. Visitors will now flow through the area with ease, with each space redesigned for maximum efficiency.

“This long history of the construction of the library, often conducted by the major architects of each period, has left us with a heritage of extreme complexity commensurate with the richness of the heritage of the spaces that characterize it,” explains the firm.

And while Gaudin's firm provided general management of the project, the enormity of the renovations called for different architects to tackle difference spaces. For instance, Jean François Lagneau, Architect in Chief of Monuments Historiques, took on the sumptuous Reading Room or “Salle Labrouste.” Here, he was tasked with reconciling the original, vibrant colors of the space with contemporary building regulations. At almost 13,000 square feet, this space alone cost€5.4 million ($5.8 million).

Multiple architects and designers were brought on to tackle the $84.2 million project. 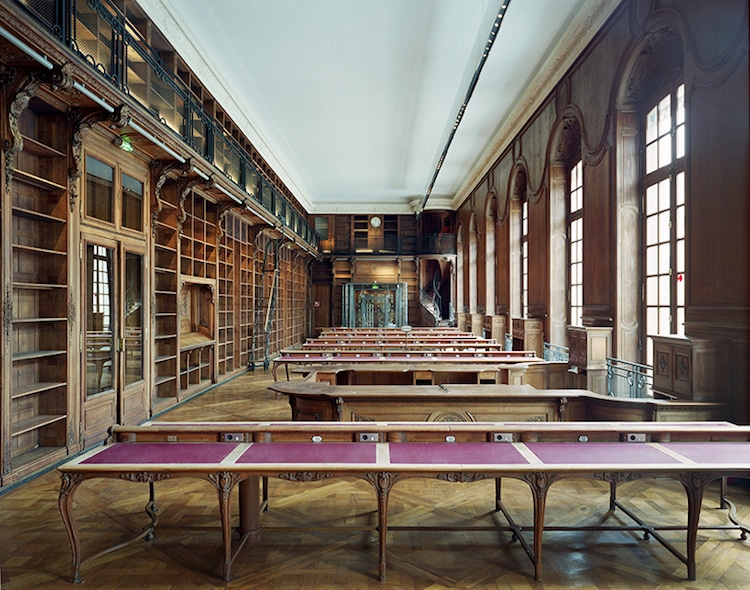 Other areas, such as the Central Book Reserve, are layered with history. First constructed in 1868, subsequent interventions in the 1930s and 1950s make the space a happy pastiche that exemplifies the complex's unique history. Architects simply removed the most egregious modifications, while leaving enough to allow the space to tell the story of the library.

As the project speeds toward phase 2, which is scheduled for completion in 2020, visitors will be able to enjoy the marvelous results achieved during this initial chapter. 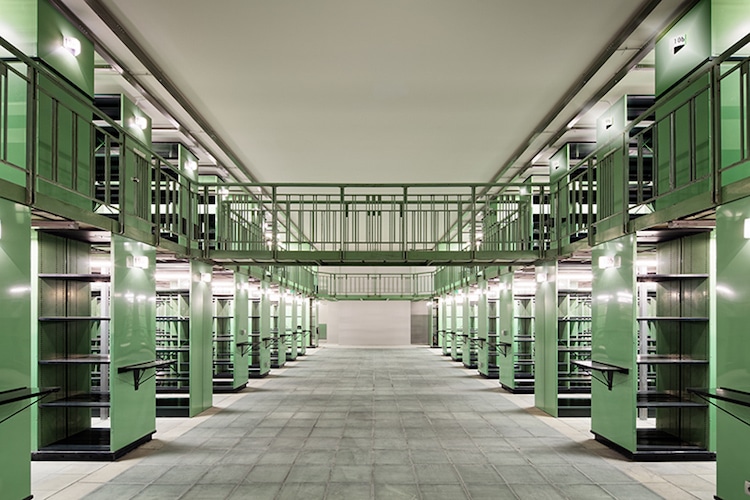 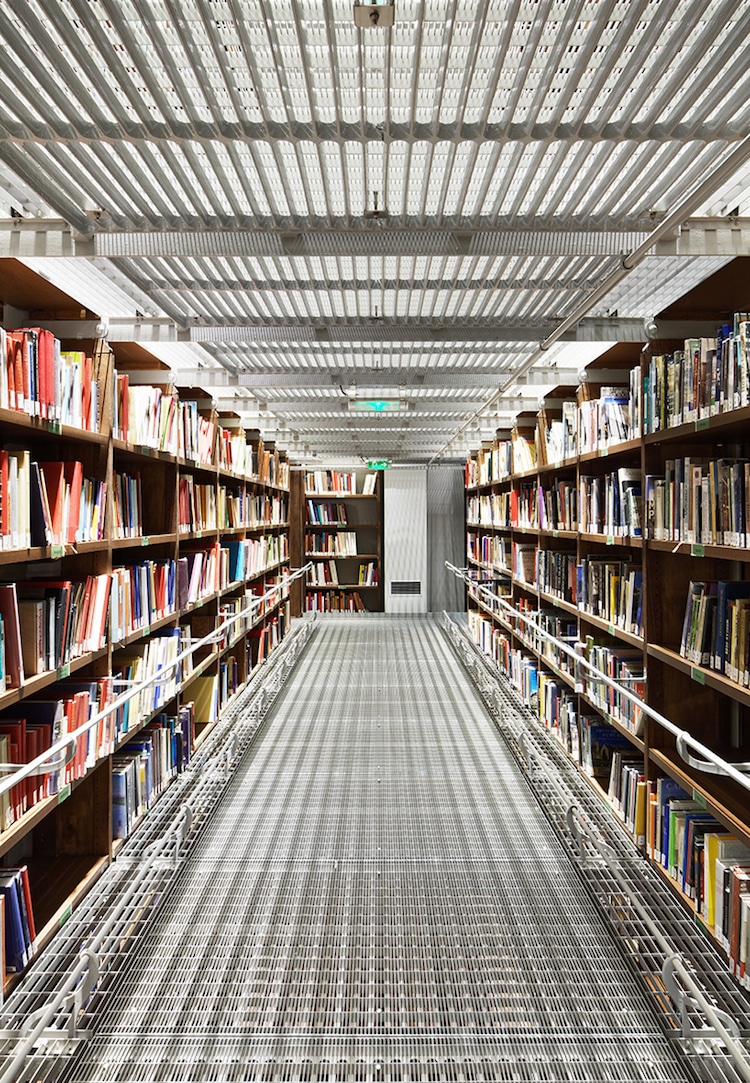 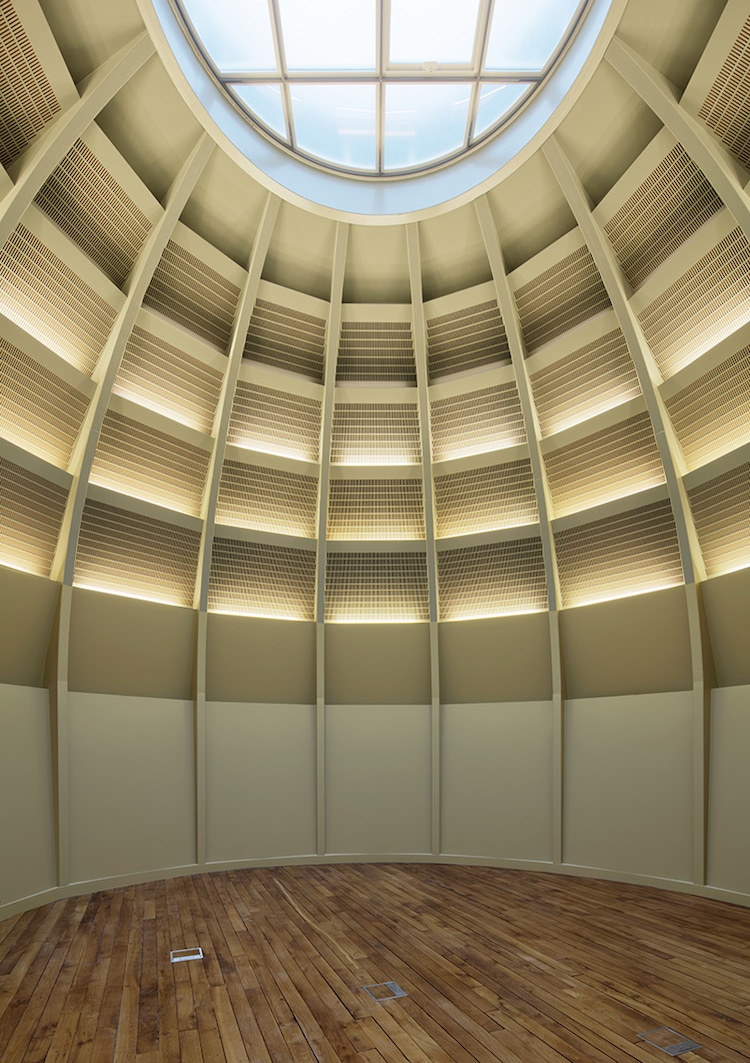 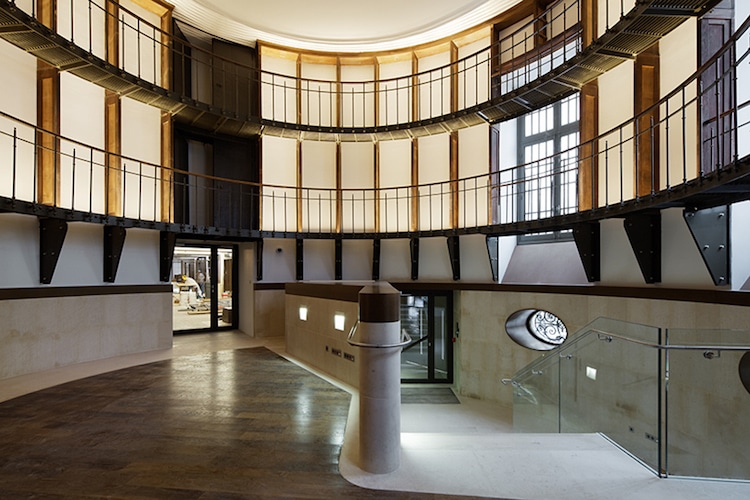 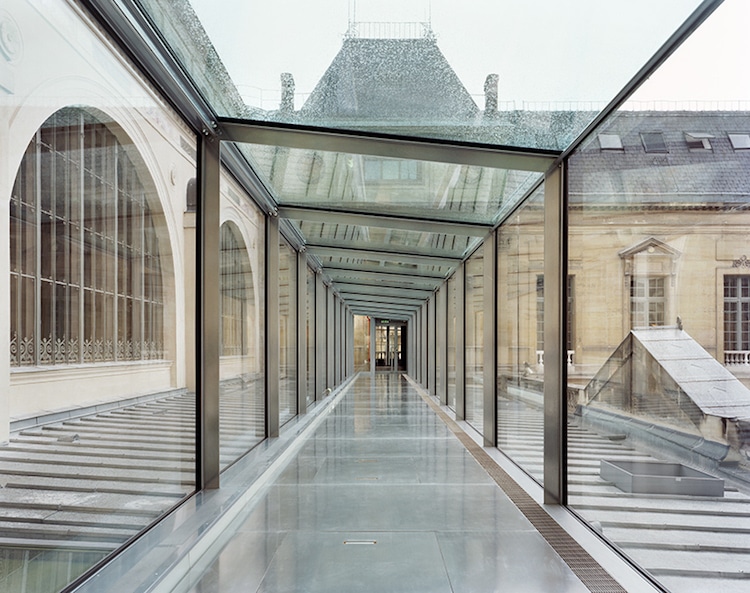 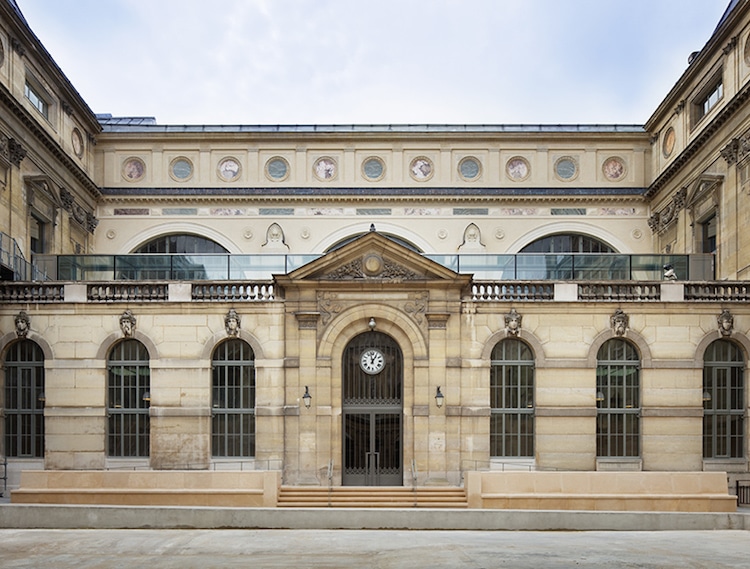 The promenade connects two areas of the quadrangle. (Image via Takuji Shimmura)