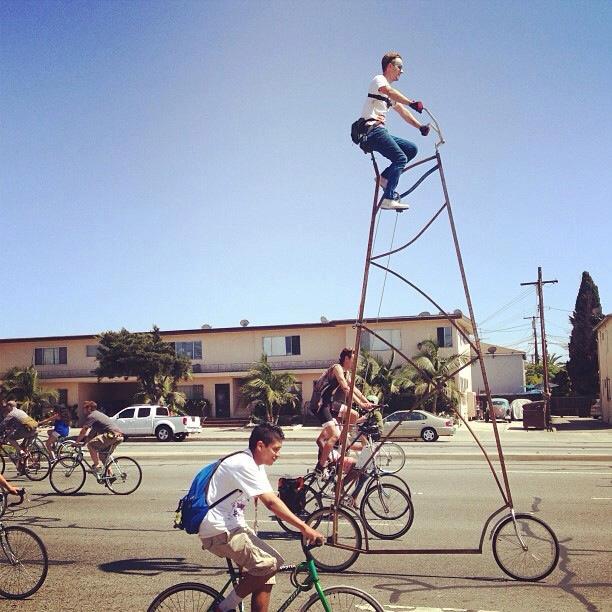 More than just your average bicycle, Richie Trimble's self-built STOOPID TALL bike stands at 14.5 feet tall, making the rider's seat nearly two stories above the ground. It's no wonder why the bike turned heads last week as Trimble rode the towering two-wheeler through the streets of Los Angeles for CicLAvia VI: CicLAvia To the Sea. Accompanied by his fellow Los Angeleno cyclists, the professional cinematographer stood out in the crowd, even among other tall bikes.

With a GoPro camera strapped to his chest, the adventurous rider documented his vertigo-inducing ride on the custom made bike. Managing to keep his balance at the top, after climbing its criss-crossing beams, Trimble was actually aided by fellow cyclists as they rode ahead and made a pathway for him to ride through traffic. Other photographers in the flock of bikers also snapped their lenses to capture the amazing spectacle making its way from La Cienaga to Venice beach. Trimble was actually able to make a 20-mile ride before the chain on the Big Boy bike gave out and he had to grapple onto a telephone pole and drop to the ground.

A first-person point of view of the unconventional yet exciting ride can be observed in Trimble's captured footage, which can be seen in the video, below. 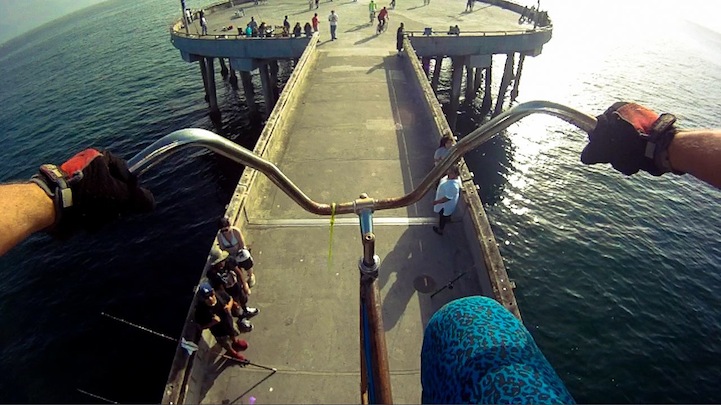 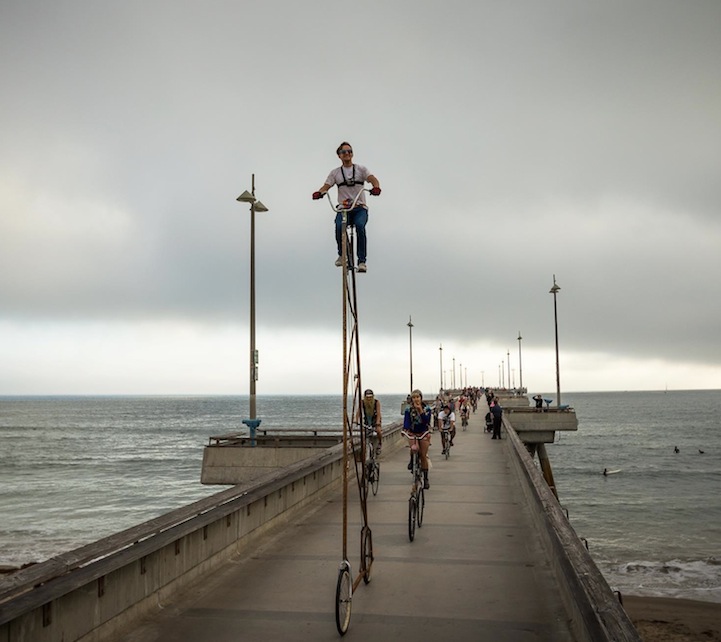 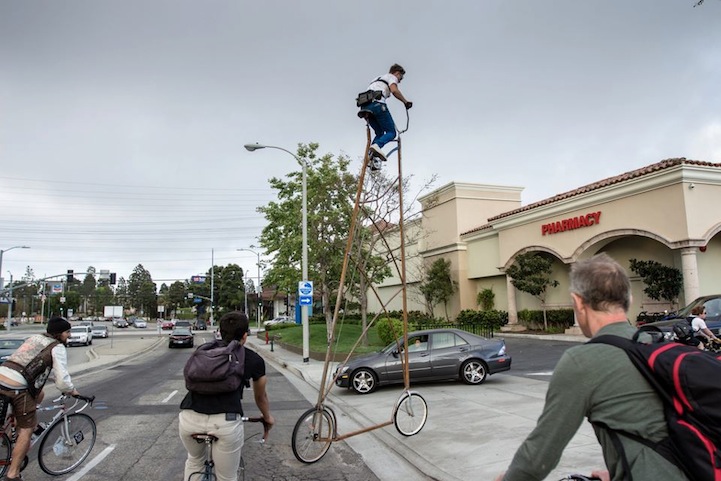 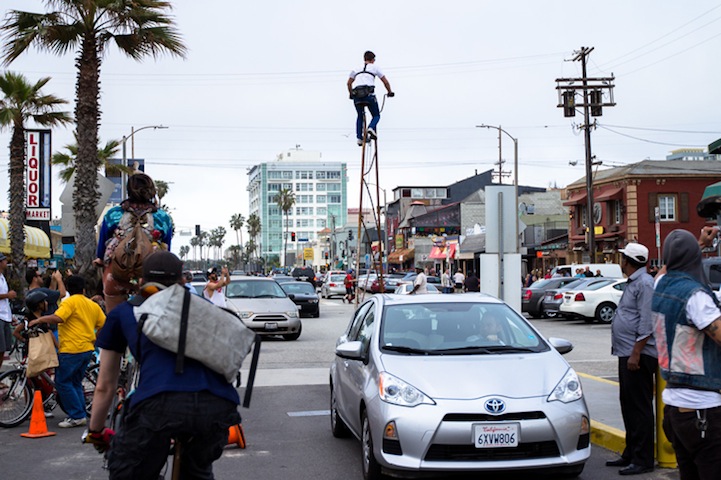 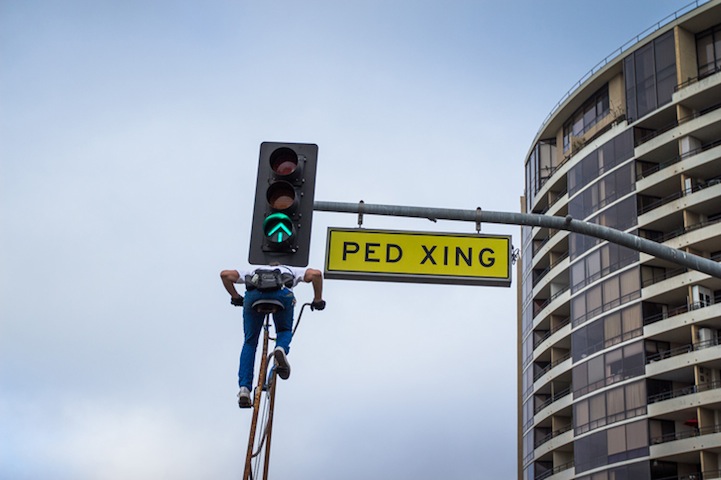 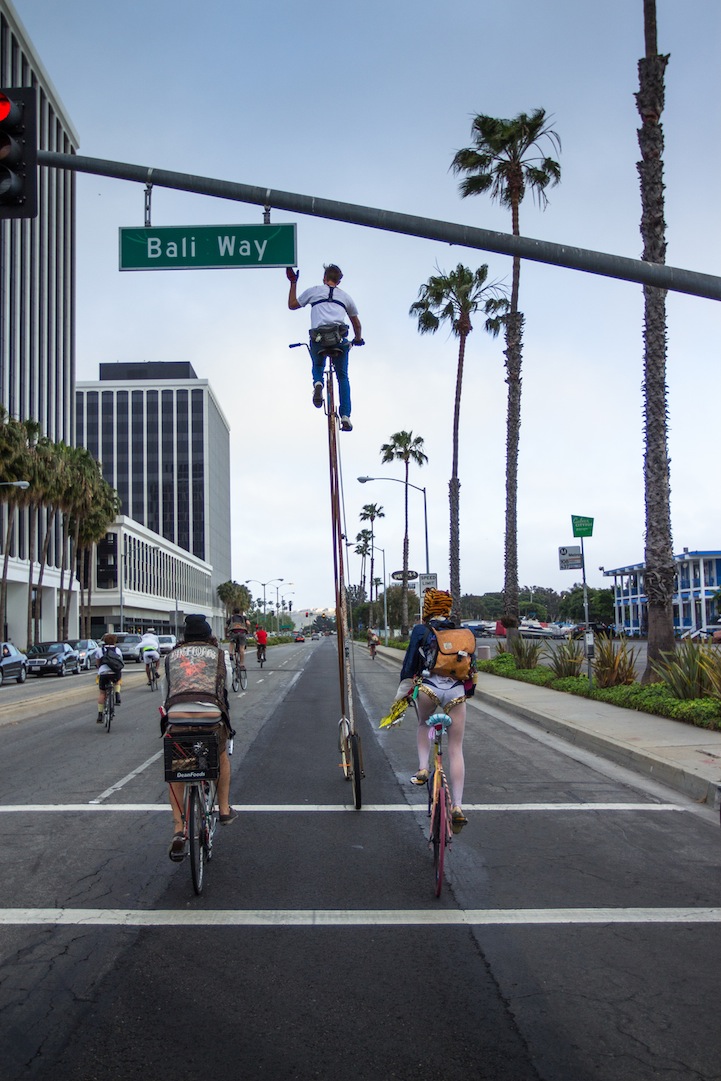 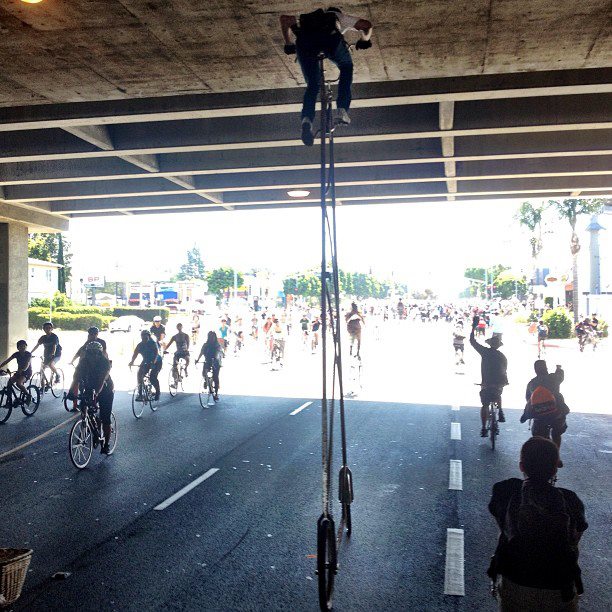 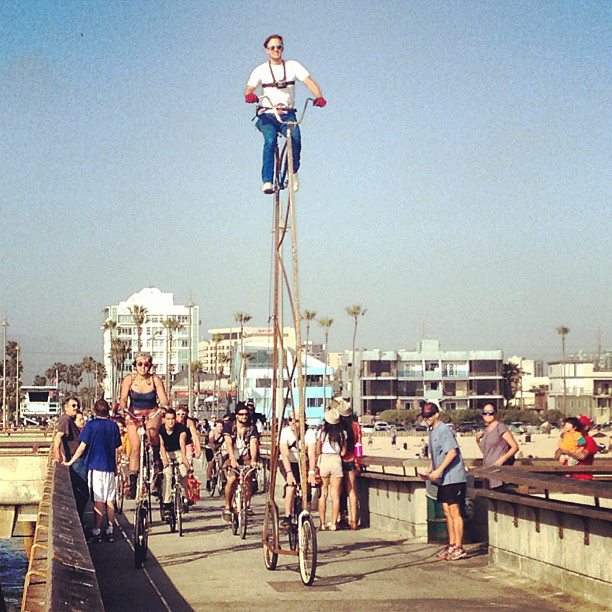 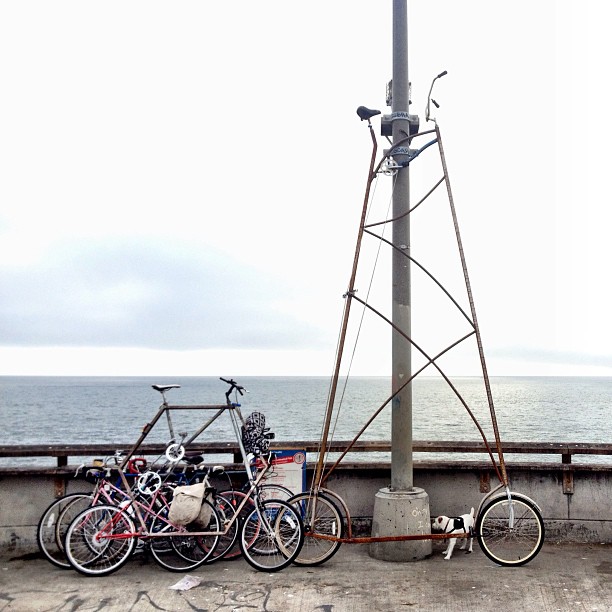