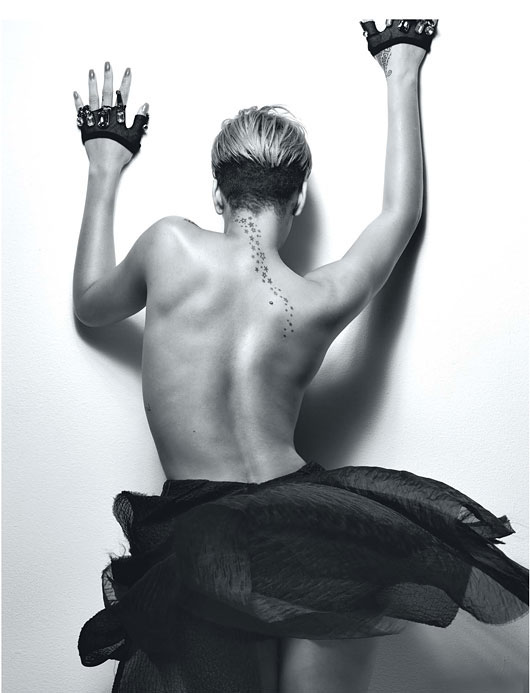 She may have been down but she was never out. Craig McDean brings out the Rihanna we love in this cover shoot for W Magazine's February 2010 issue. Rihanna looks as fierce as ever in Dior, Prada, Michael Kors and Gucci. Here are some excerpts from her interview with W.

On staying out of the spotlight after the Chris Brown incident:
“Not talking was a big thing for me..I'm glad I didn't talk to people, because I was able to deal with things in my own way, without saying the wrong things or giving people the wrong impression.”

On her latest album, Rated R:
“This was a different type of record for me..It was really personal; it was from me in the most authentic way. It's like a movie in that when I was making this album, every day I was in a different mood. Sometimes I was pissed off, sometimes I was miserable, and every song brings out a different story.”

On her daring fashion choices:
“My stylist Mariel Haenn and I always try to do something sexy but never too girly–we always try to put a little toughness in there.”

Ne-Yo on how Rihanna's experiences have positively changed her:
“She would take my suggestions without question. She trusted me, which was cool, but I told her that I ultimately wanted to get to a point where she would give me input, where she'd be a collaborator and not a puppet. And now I think we've gotten there. She's showing parts of herself that she didn't show before because she didn't want to scare anyone off. She's experienced some pain now, and it's helped her grow to a point where she's able to explore it.” 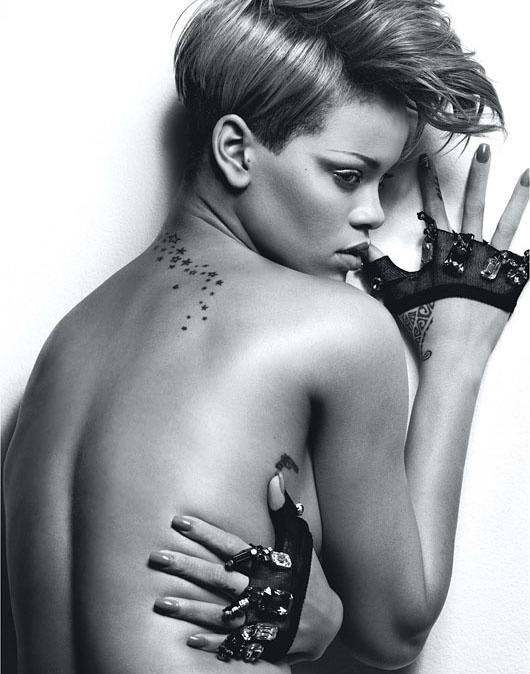 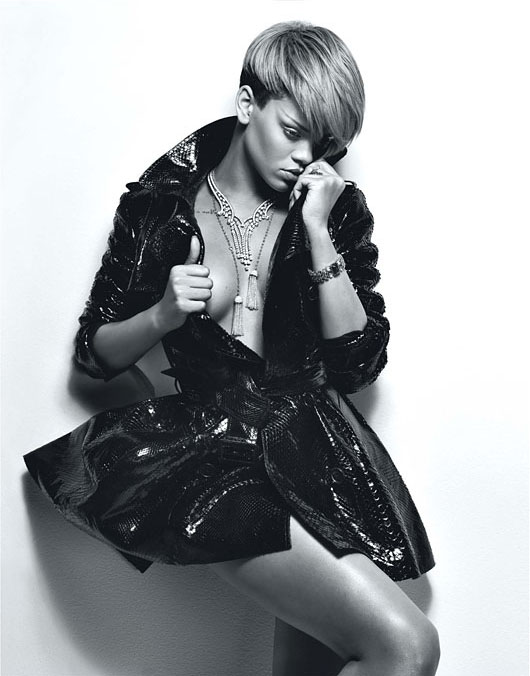 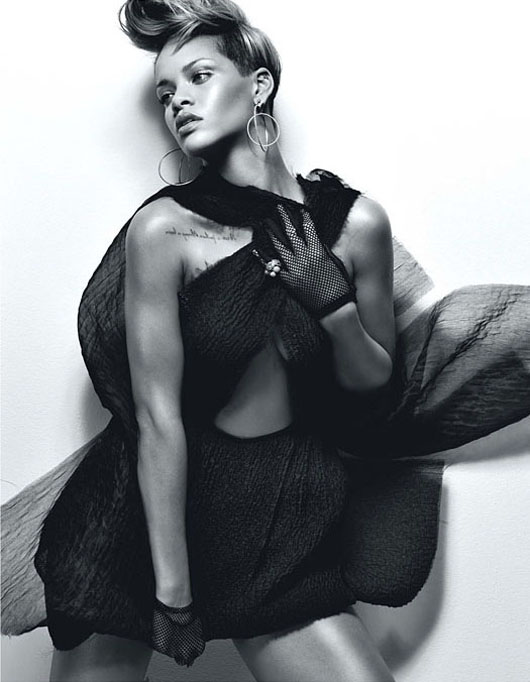 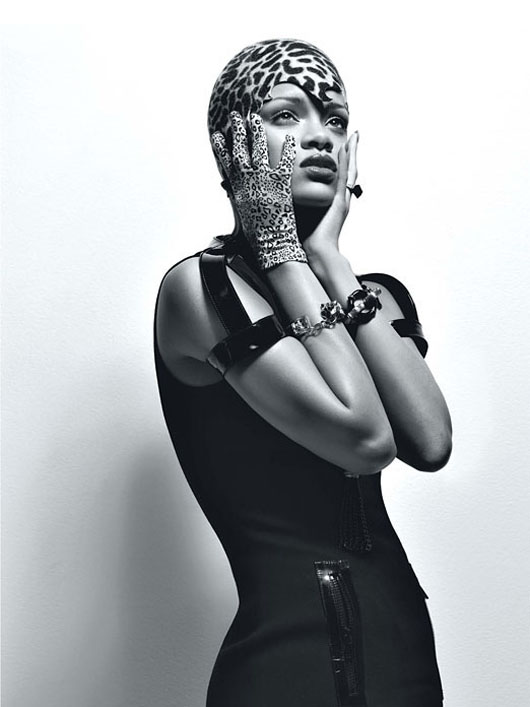 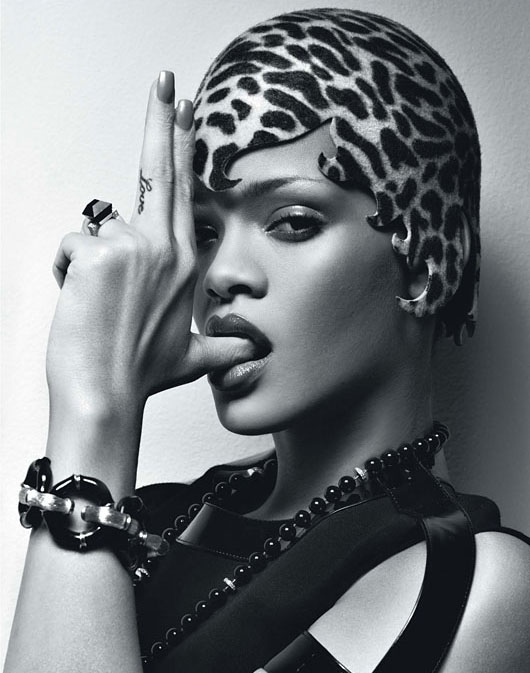 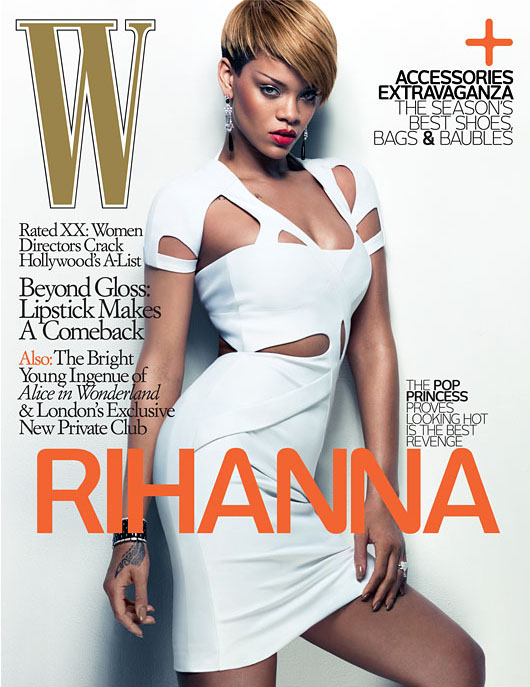