Using People as Pixels for Protest 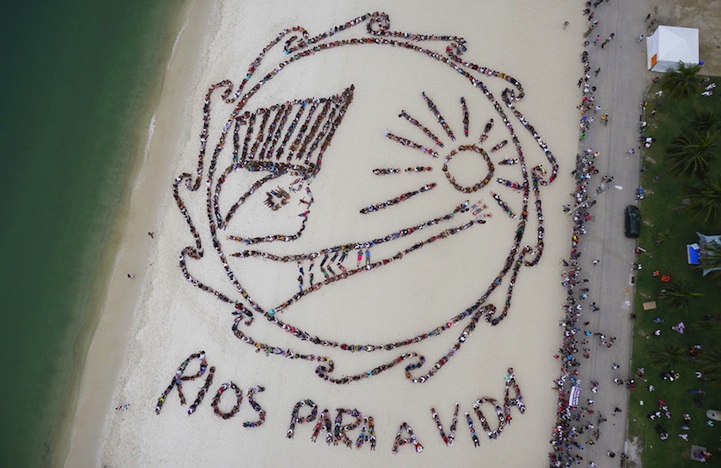 One of our fellow (and favorite) art blogs, Colossal, made us aware about an interesting art trend where people become the fundamental building blocks for larger images – in other words, people become pixels. We spotted these two images on The Atlantic today that showed some new examples. These “pixeldated” protests were created in response to Rio+20, the UN conference on sustainable development that's designed to bring together governments and instutions to create measures to reduce poverty while promoting clean energy, decent jobs and sustainable use of resources.

In the first image, above, hundreds of people make a human banner that reads “Rivers for Life” in Portuguese. “The activists are calling attention to threats posed to rivers, forests and livelihoods by large hydroelectric dams, like the Belo Monte hydroelectric plant being constructed in Brazil's Amazon.”

In the second example, indigenous people, small farmers, fisherfolk, and local residents occupy the Belo Monte Dam project to spell out the words that read in Portuguese “Stop Belo Monte,” on the Xingu river. “The group was sending a message about the impacts of the dam to leaders who are gathering for Rio+20.”