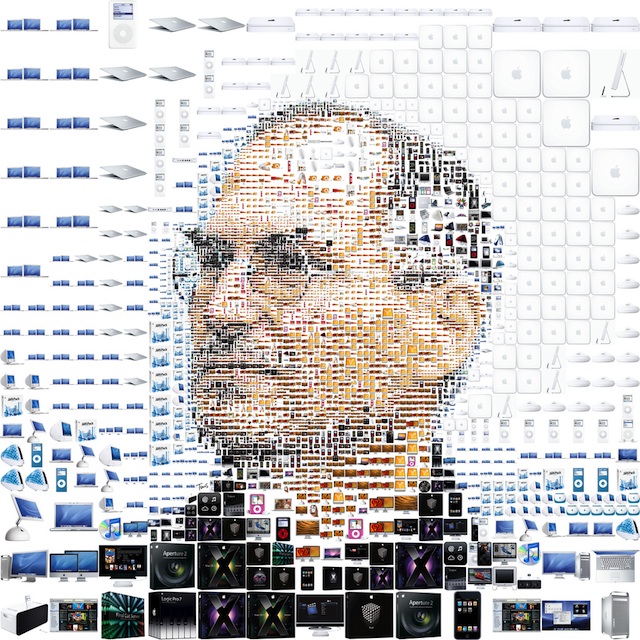 Today is a sad day in the the creative world as we have just lost one of our greatest innovators of all time. The co-founder and former CEO of Apple died today at the age of 56.”Steve's brilliance, passion and energy were the source of countless innovations that enrich and improve all of our lives,” Apple said in their statement. “The world is immeasurably better because of Steve.”

Illustrator Charis Tsevis made this mosaic of Steve Jobs for Fortune magazine back in December 2007 and then updated it in February 2008.

Though countless stories will now be written about Jobs' legacy, this Fortune article, written back in 2009, is still an inspiring read. Here's an excerpt:

“He's a visionary, but he's grounded in reality too, closely monitoring Apple's various operational and market metrics. He isn't motivated by money, says friend Larry Ellison, CEO of Oracle. Rather, Jobs is understandably driven by a visceral ardor for Apple, his first love (to which he returned after being spurned — proof that you can go home again) and the vehicle through which he can be both an arbiter of cool and a force for changing the world.”

RIP Steve Jobs. You will be unbelievably missed.