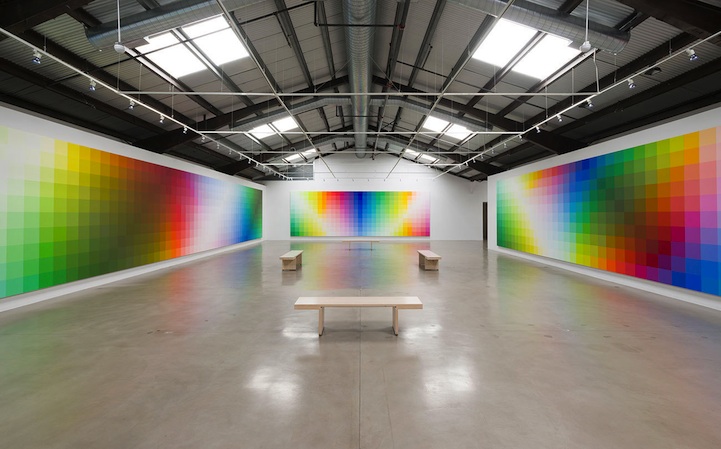 Robert Swain: The Form of Color is a new installation, going on from now till August 23 in Santa Monica, California, by an artist who has researched color theory for the last forty-five years. Robert Swain devoted his life to color, seeing it as a powerful visual medium. He believes that color is a form of energy that can stimulate our senses and bring out a range of emotions. This immersive installation will show you just what he means. Five massive paintings, each consisting of grids of different colors, fill the main gallery at the Santa Monica Museum of Art.

All of the paintings consist of 12-inch squares painted in a myriad of colors. How he chooses which color will lie next to the other is deliberate. The grids are plotted according to value and saturation and are designed to intensify collisions or complement one other in hue. Taken all together, they radiate energy. The Los Angeles Times described it this way, “Walking into the exhibition is like happening upon a snippet of a computer screen for giants, the pixels blown up beyond meaning. For us tiny folk, they induce a kind of sensory vertigo. The squares appear to ripple and shimmer as if animated, although this effect is almost a fugitive motion, as if glimpsed out of the corner of one's eye.”

The Santa Monica Daily Press writes, “The Form of Color by artist Robert Swain fills the gallery with small squares of color that cover the walls in organized patterns, and points to the fact that the human eye has the capability of seeing millions of colors beyond red, green, yellow and blue. It's utterly hypnotic.”

Finally, here's how the Museum describes it, “Considered head-on and at various angles, the squares dissolve into each other, betray their hard-edged boundaries, and curve away from the walls. They adjust to viewers' locations and the time of day, alternately projecting and absorbing the natural light that floods the Museum.” 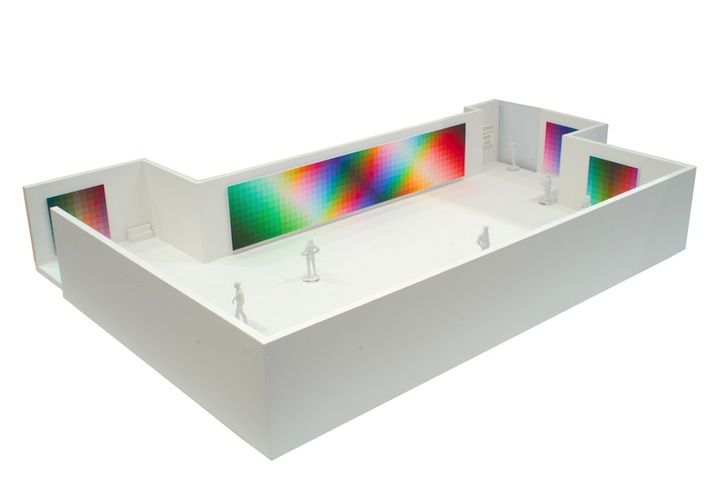 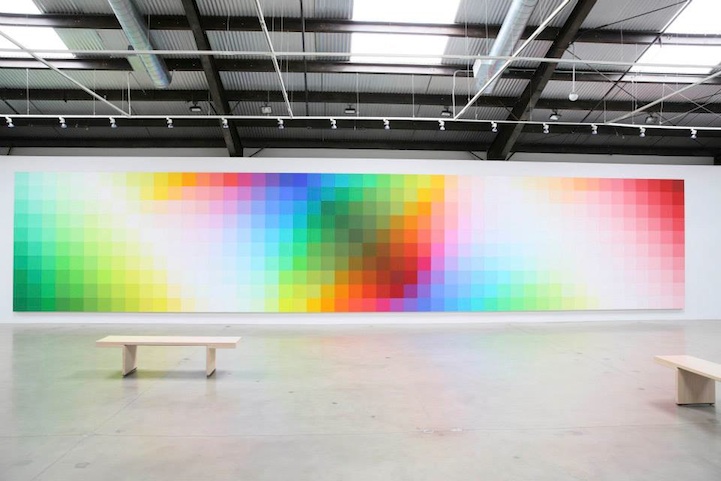 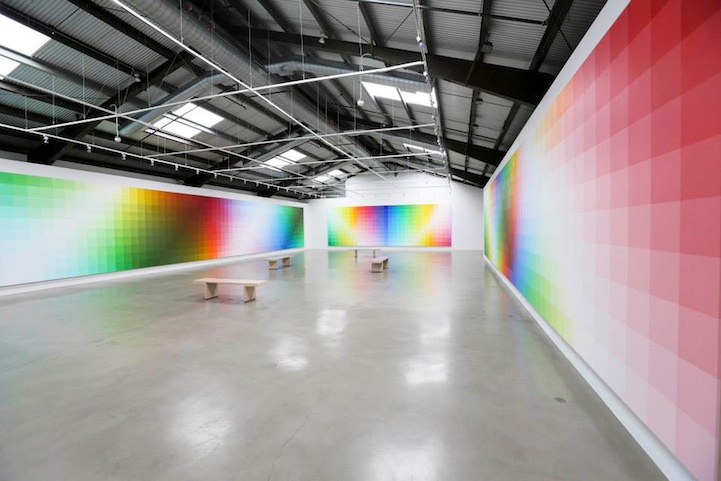 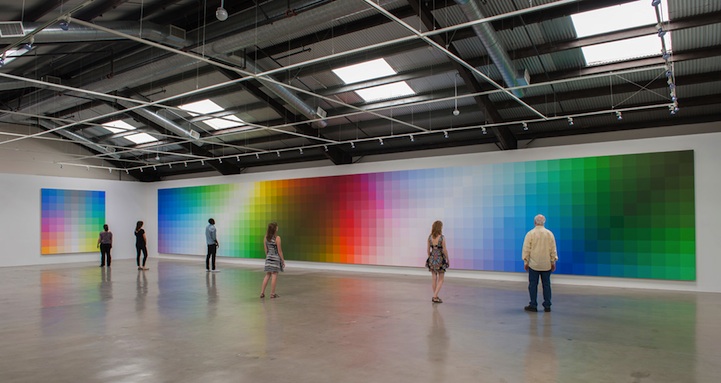 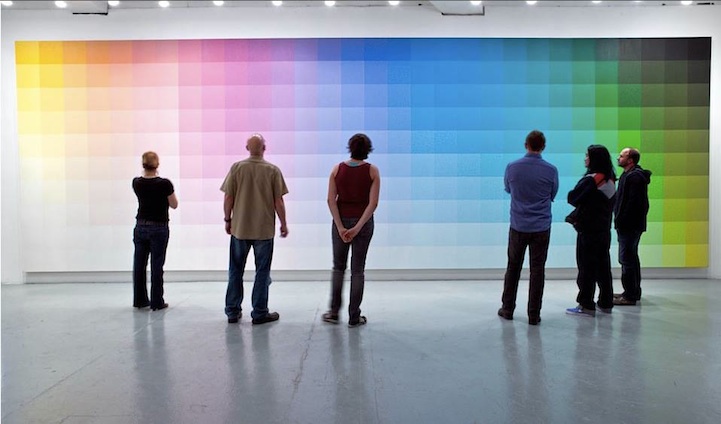 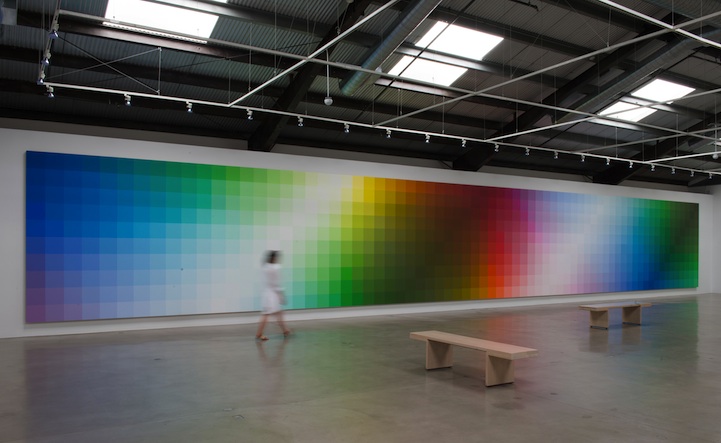 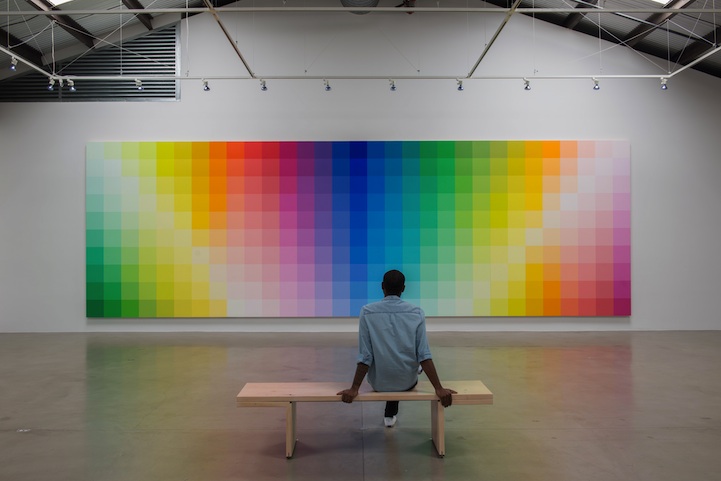