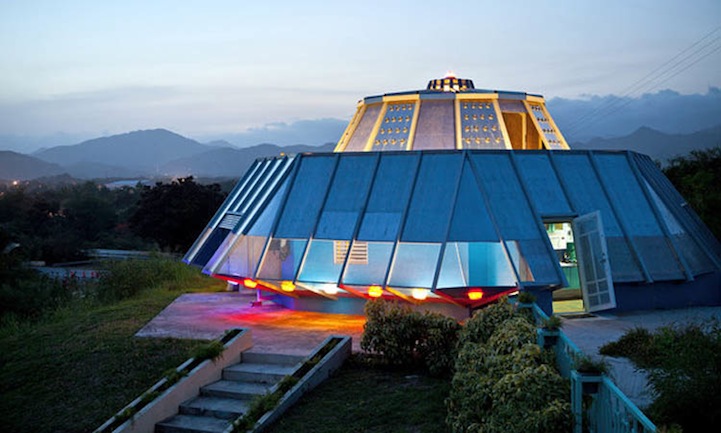 There are plenty of conspiracy theorists out there who claim to have sighted extraterrestrial spacecrafts, but 58-year-old Roberto Sanchez Rivera doesn't need to spot any flying saucers because he's living in his own custom-built UFO house. The property resembles a UFO straight out of a science fiction movie, equipped with an array of colorful lights and an eerie soundtrack that alternates between the theme music from Close Encounters of the Third Kind and salsa.

The retired industrial arts teacher bought land in Puerto Rico, where he currently resides, in 2002 for $95,000. Since his purchase, Rivera has designed and constructed this incredibly creative 3-bedroom, 2-bathroom home for approximately $150,000 through his crafty repurposing skills. In addition to the geometric shape of spaceship-inspired home, the interior echoes abstract and eccentric motifs that scream sci-fi, all on an admirable budget.

Rivera has utilized discarded materials and objects found in thrift stores to accentuate the theme of the house and add a lot of personality to his home. His attention to design details is on par with his brilliant ability to repurpose items in an aesthetically astute fashion. Lamps are made of car parts and stove burners, while 200 ashtrays from a discount store adorn the dome of the house to add an intriguing texture. Rivera even produces a hovering effect, by fixing certain objects like a garbage can to the wall, to heighten the intergalactic design.

As impressive as the house is, there's a wonderfully romantic story behind the development of the house as well. It is a 40-year-old heartbreak from Rivera's teen years that set this goal of creating a home atop a hill so magnificent that the girl who broke his heart would have no choice but to notice and return to him. Despite the initial goal, the designer has moved on with his current girlfriend, Maria Martinez. 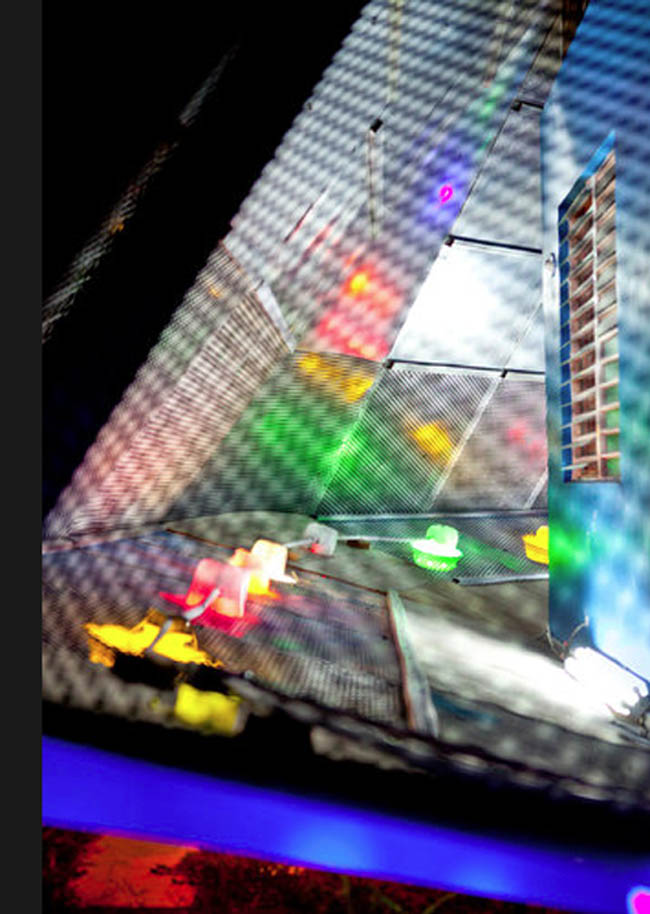 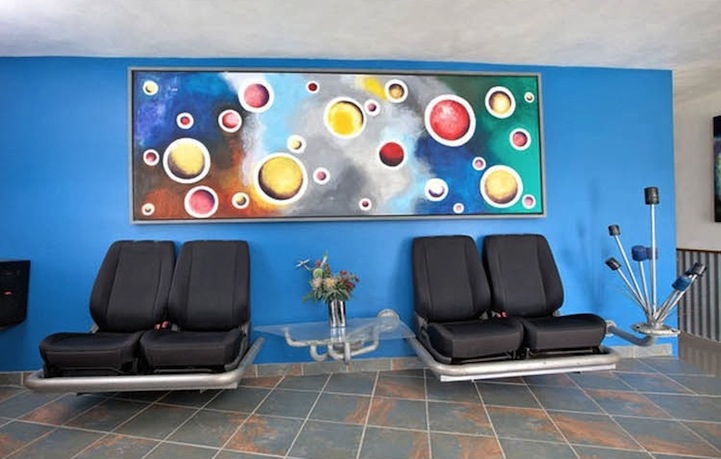 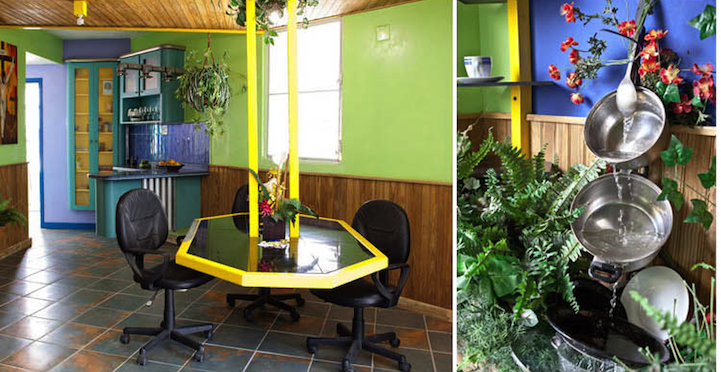 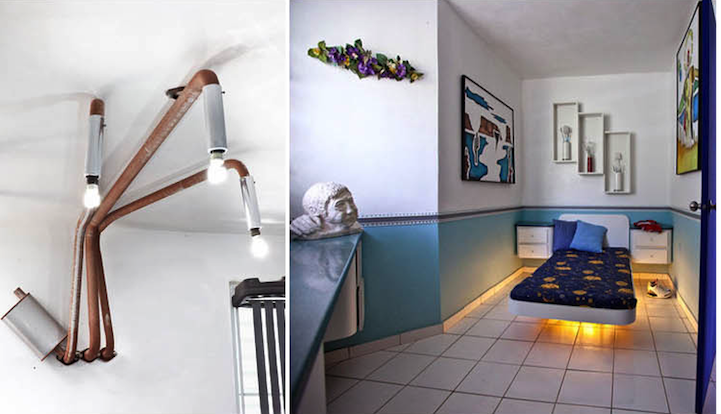 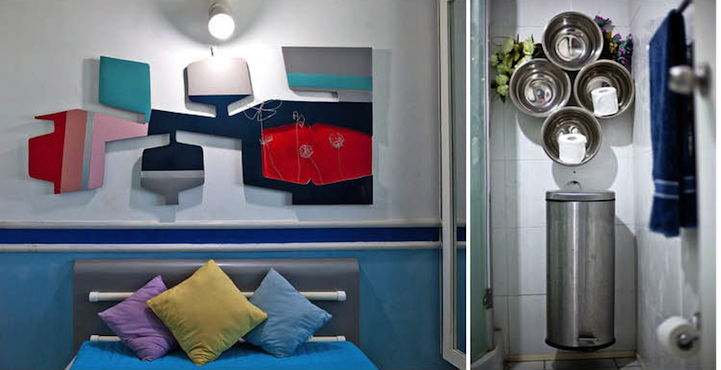 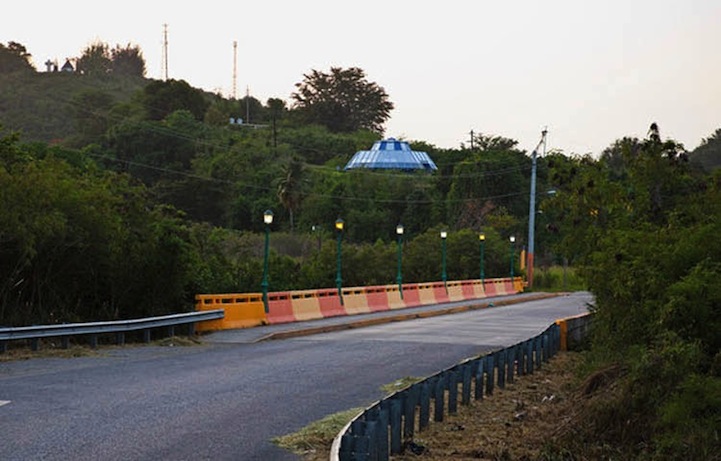 via [CollabCubed, The New York Times]