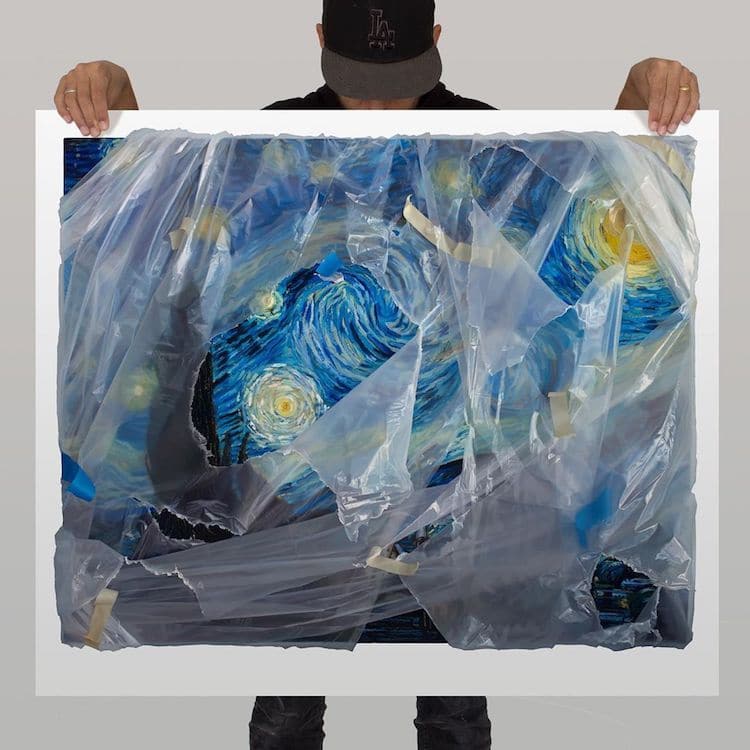 Artist Robin Eley is a master of painting illusions. His diverse body of work has received wide acclaim for its hyperrealistic precision, with paintings exhibited in art institutions around the world. Recently, Eley has created a series of mind-boggling canvases that appear to be wrapped in clear plastic film and tape—but in reality it's all expertly painted by Eley himself. Each one of these paintings is based on an iconic work of art that Eley has veiled with his masterful technique.

Among his standout pieces is a version of Vincent van Gogh's Starry Night, wherein Eley has not only captured the Post-Impressionist's technique, stroke by stroke, but has also added the illusion of reflective film that is torn messily torn at the center. The Los Angeles-based artist also recreated the Art Deco style of the 1920s painter Tamara de Lempicka in his rendition of The Brilliance. Eley adds plastic wrap to these famous works of art as a way to explore the perception of isolation in the modern world, as it is “something you can see through, but not feel through.” The way in which these beautiful paintings are purposefully shrouded increases their intrigue, making the viewer anticipate its “unwrapping,” though it will never come.

Eley's hyperrealistic techniques are so extraordinary that the artist has had Instagram followers questioning the dimensionality of his paintings. In response, Eley posts videos of the canvases, in which he tours the work from all angles, to show that the incredibly realistic plastic film is, in fact, an oil-rendered illusion. Additionally, the artist often posts clips of works-in-progress so that fans can see his skills at work.

Scroll down to see more of Eley's incredible illusionistic artwork, and follow the artist on Instagram to keep up to date with his latest creations. 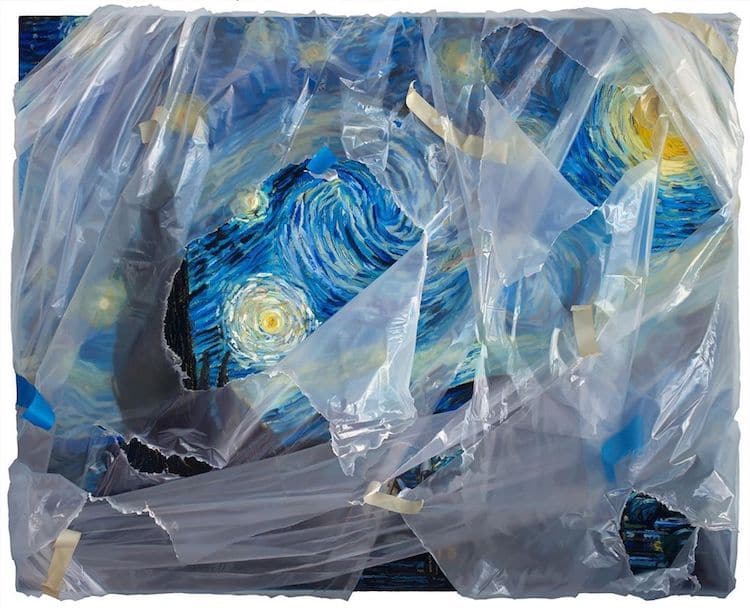 Each of his canvases appears to be wrapped in clear plastic film and tape, but… 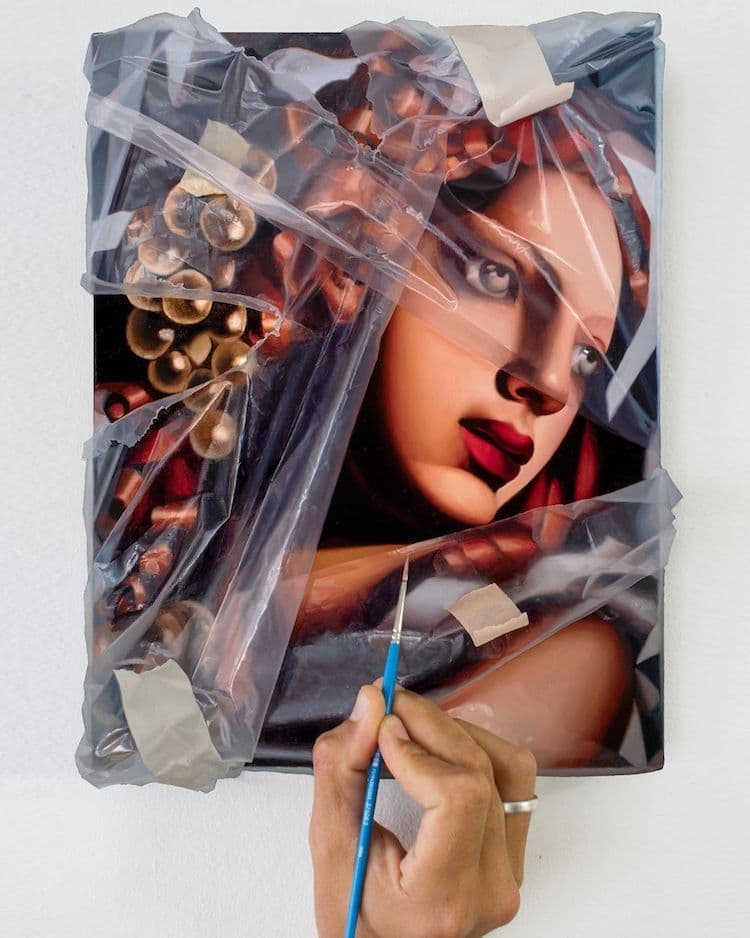 …all of his pieces are actually 2D illusion paintings rendered in oil. 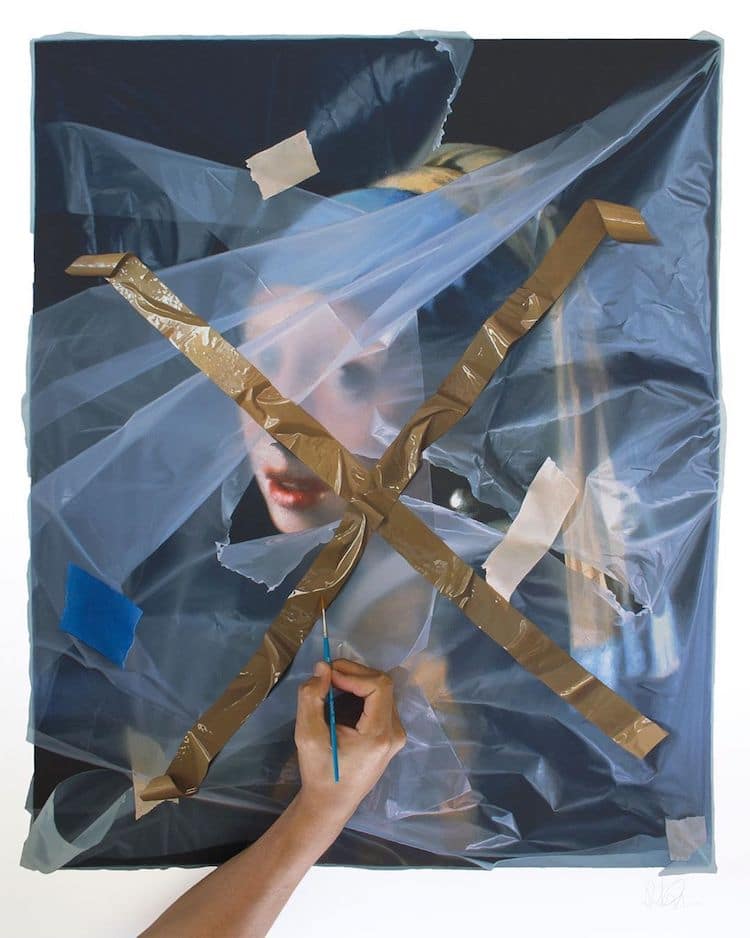 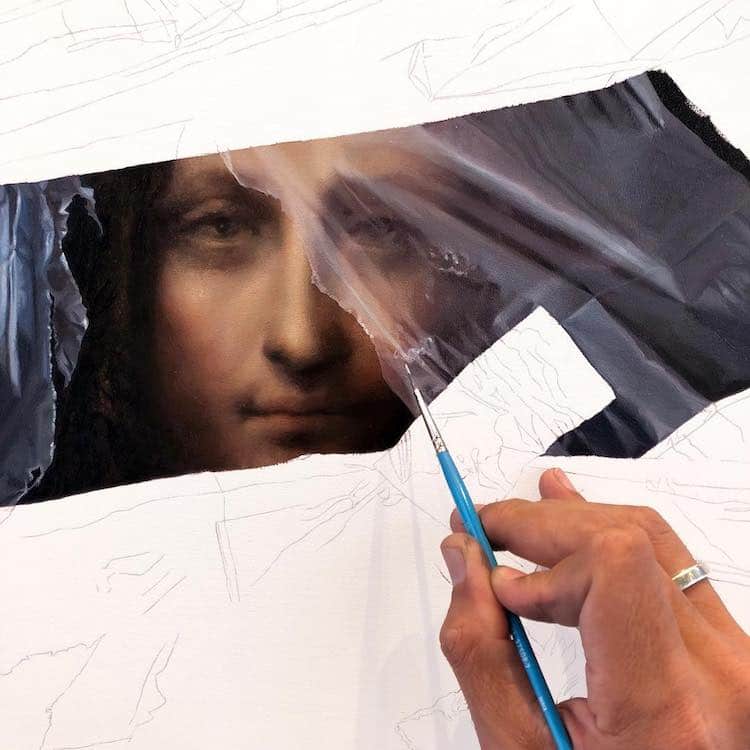 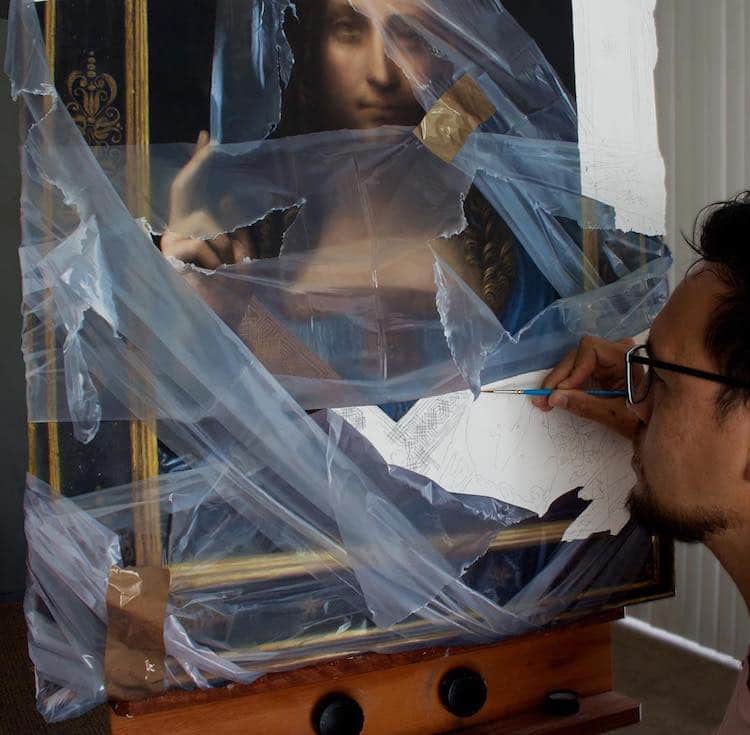 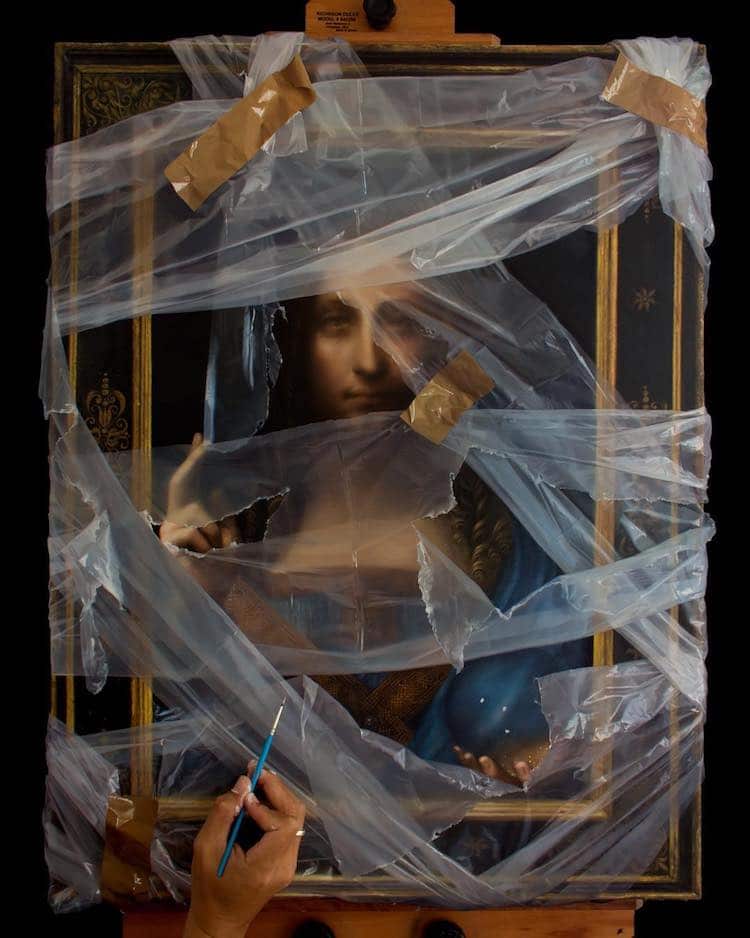 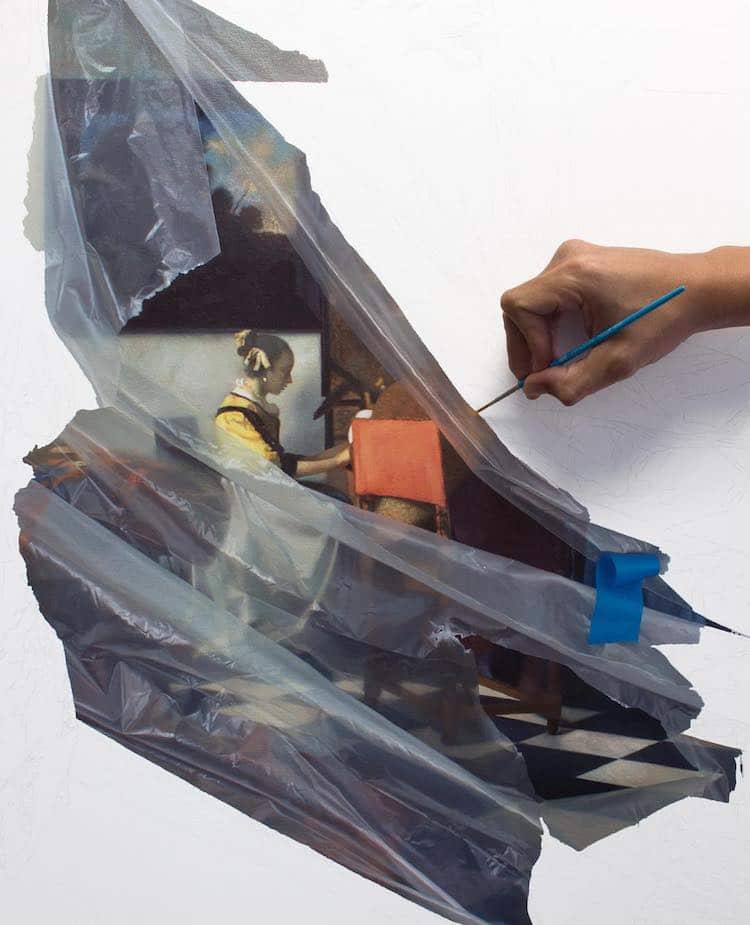 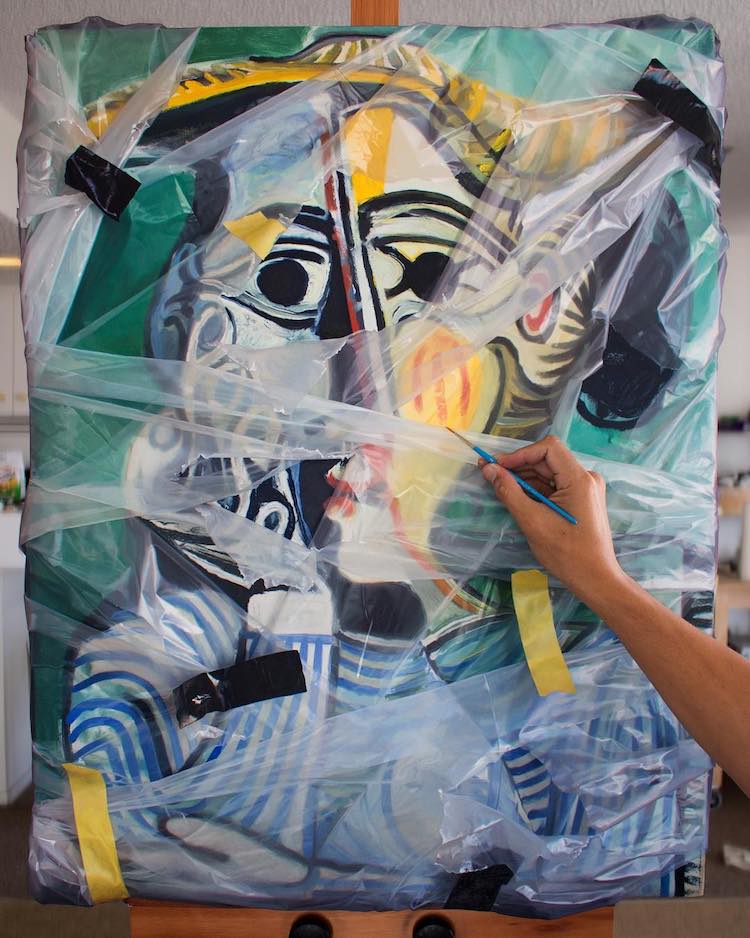 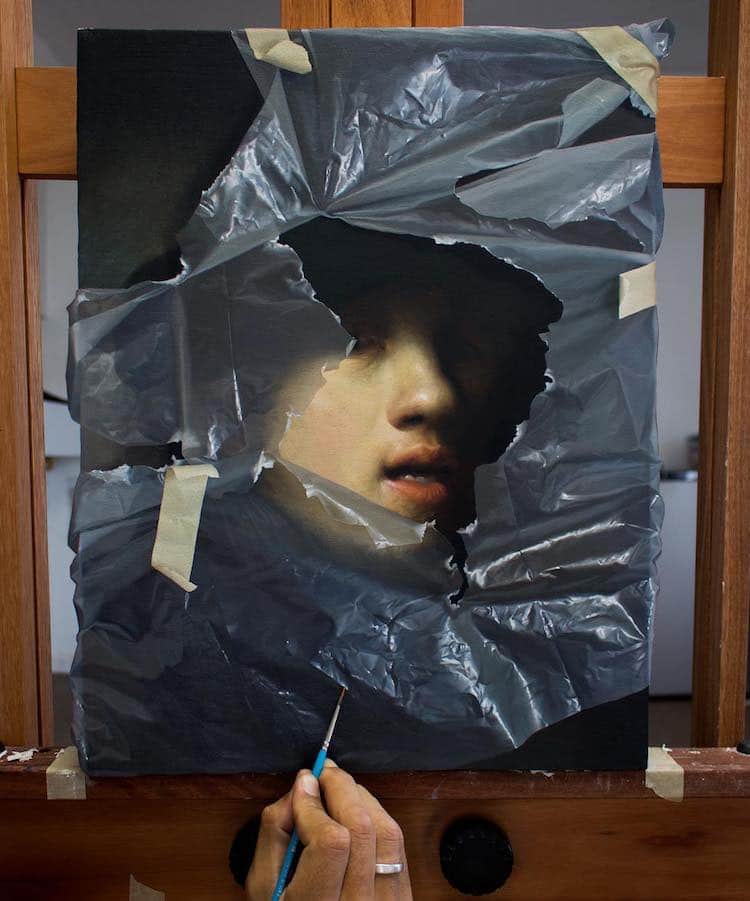