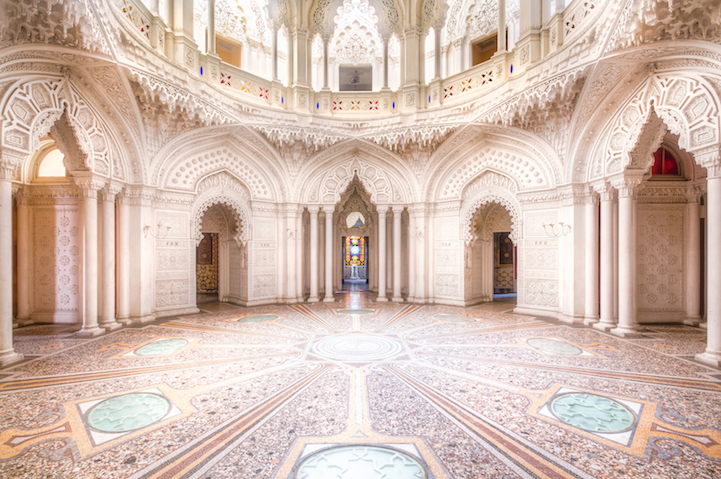 Roman Robroek calls himself a “photographer of abandoned places,” capturing the exquisite—and often decaying—beauty that’s left behind. Two years ago, he ventured to an Italian castle called Castello di Sammezzano and explored its breathtaking grounds. Although it’s often referred to as abandoned, Robroek says that it’s technically taken care of by volunteers and is occasionally opened to the public for guided tours. The impressive dedication to this empty space keeps it well preserved and celebrates its opulent architecture.

The castle has a long history that can be traced back to the Roman period, but its current appearance is thanks to Ferdinando Panciatichi Ximenes d’Aragona, a man who renovated and expanded it between the years 1843 and 1897. He was inspired by the “orientalism” movement, which was popular around Europe at the beginning of the 18th century. This resulted in additional building corridors, an entrance portal, and a ballroom up to the central tower. The interior space is spectacular, featuring gorgeous patterned floors, intricate wall designs, and vibrant sculptural ceilings.

Beyond the castle walls, Ferdinando planned a vast natural area that spans about 65 acres. Called the “Ragnaia,” it features a forest of oaks and imported plants—specifically, California sequoias that thrived in the Italian soil and climate. The most famous is “twin-sequoia,” which is nearly 165 feet tall and 28 feet wide.

The volunteers who have cared for the Sammezzano for years are fearful for its future as it's currently up for auction. They’re afraid that it’s going to be converted into a luxury hotel or spa-resort. With its historical ties, they’d prefer to see it open as a museum. There’s currently a campaign called Save Sammezzano to protect the building from its possible commercial fate. Working together, the project is hopeful that everyone can continue to learn from and enjoy the castle for years to come. 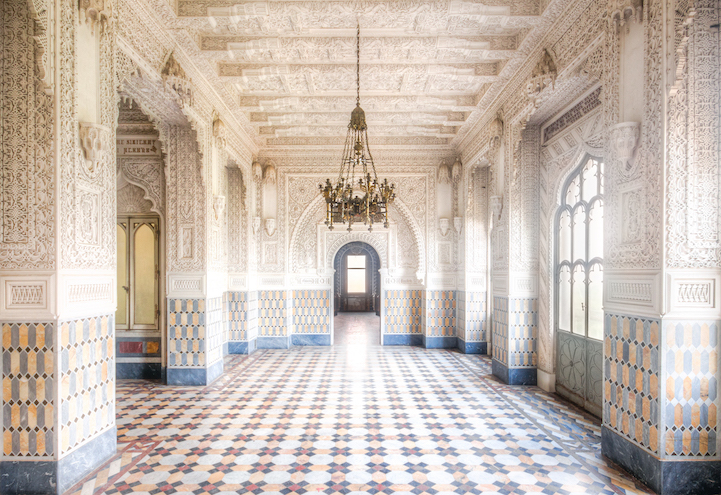 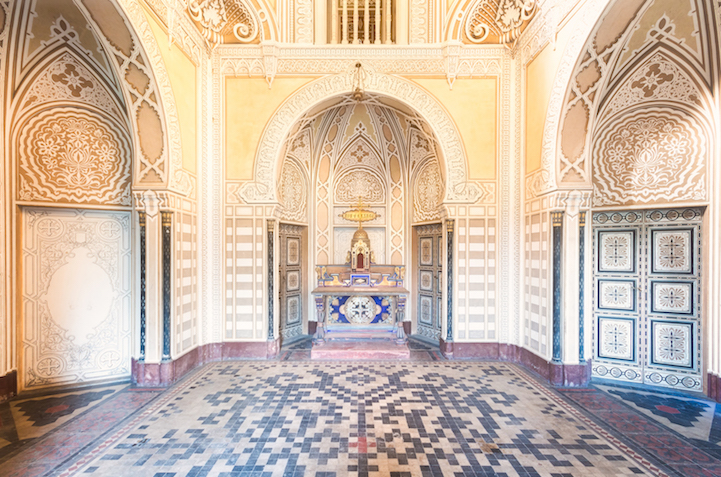 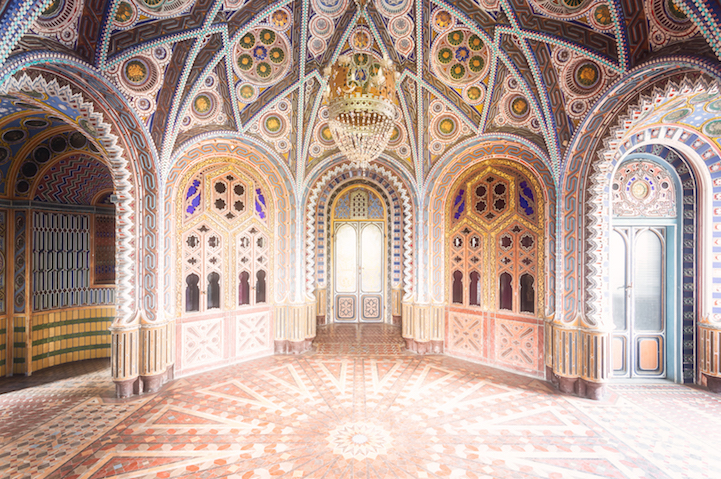 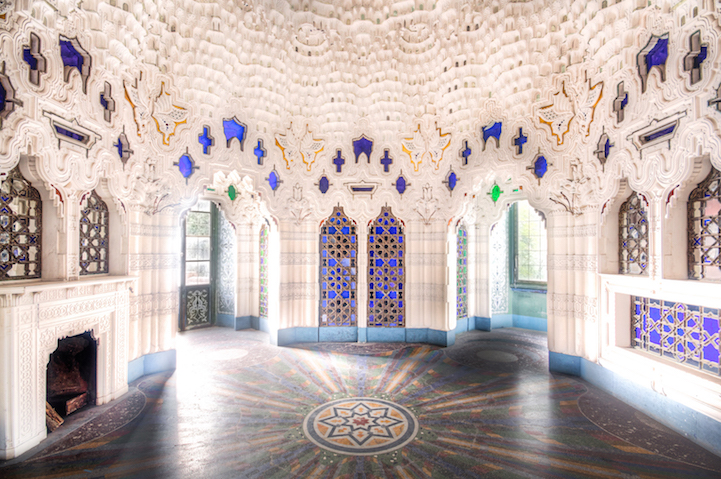 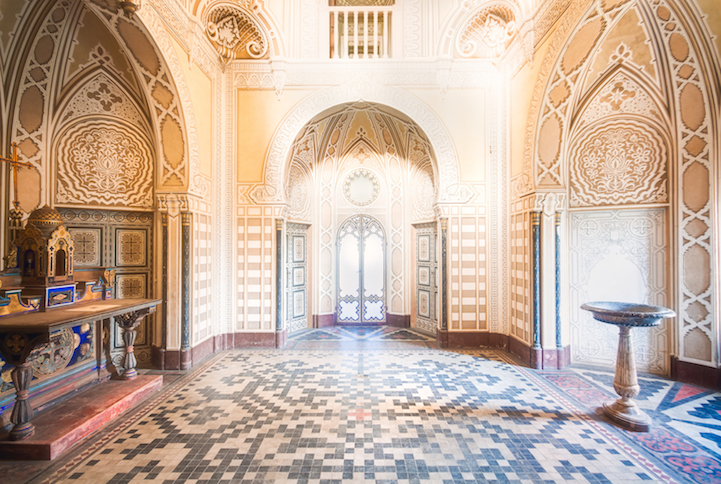 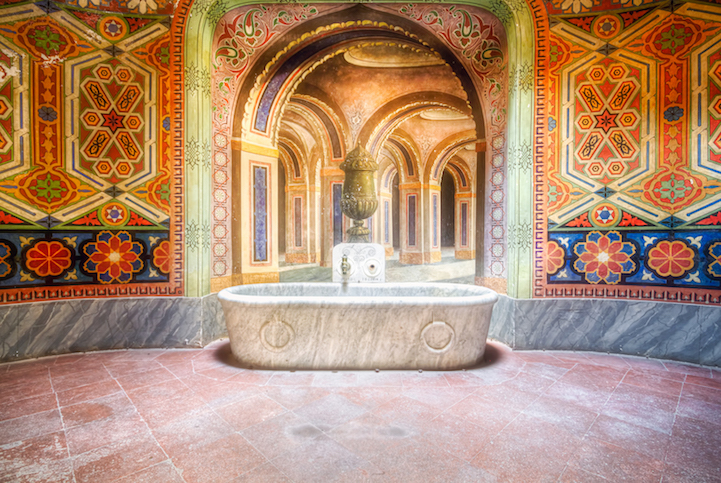 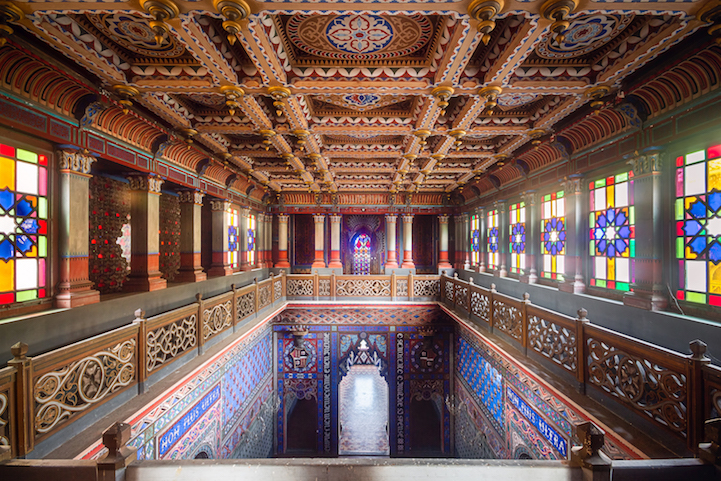 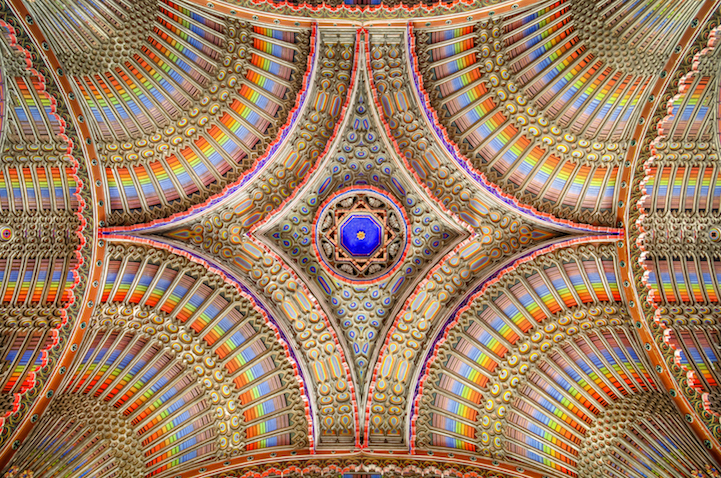 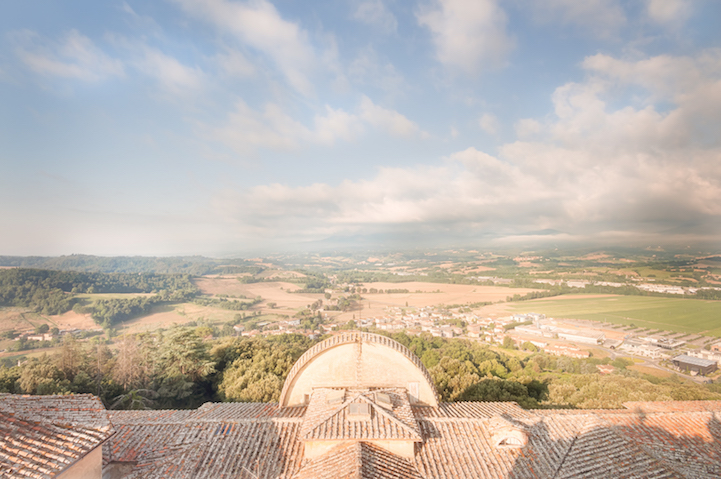 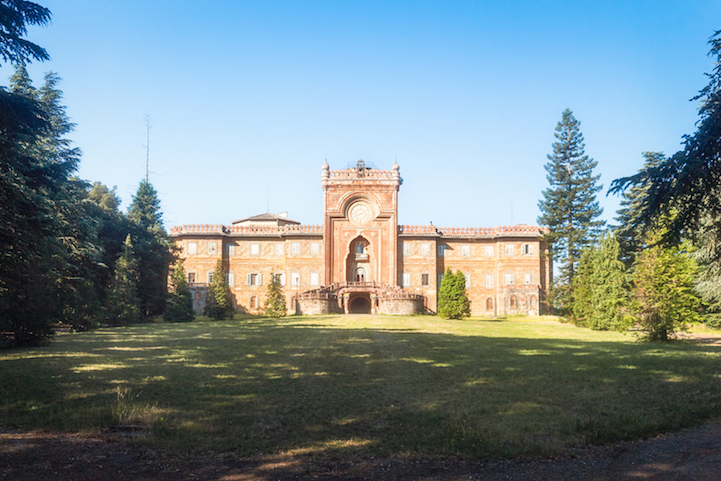 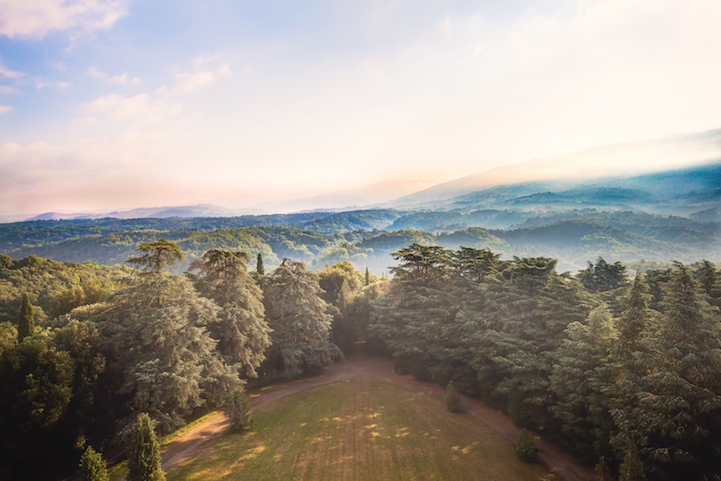 My Modern Met granted permission to use photos by Roman Robroek.