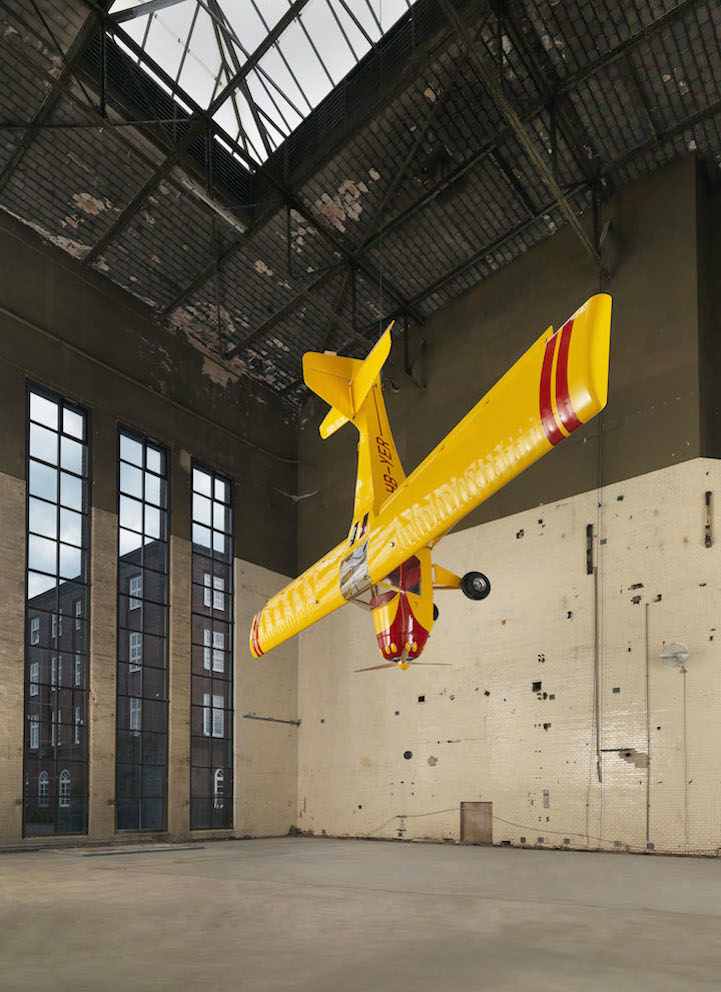 The new KINDL–Centre for Contemporary Art recently opened its doors in Berlin with a site-specific installation titled Kitfox Experimental, created by St. Gallen, Switzerland-based artist Roman Signer. The title of the piece refers to the aircraft used in the installation, which dangles from the former brewery complex's 20-meter high ceiling in a dizzying display.

“An airplane hangs about four meters above the ground with its nose pointing downward–a lightweight aircraft,” Signer describes his work. “Then there are powerful fans on the walls that cause the plane to move, since it is hanging from a joint that can be turned very easily. And so the wind is supposed to cause the airplane to turn, as if it were spinning in a nosedive as it plummeted downward.” Caught in a suction of constant movement, the overwhelming presence of Kitfox Experimental confronts the viewer with a simultaneously discomforting and engaging experience.

The KINDL, although still under construction, will eventually feature three floors of exhibition space for international art. Signer's installation, which marks the centre's debut, will be on display until June 28, 2015. 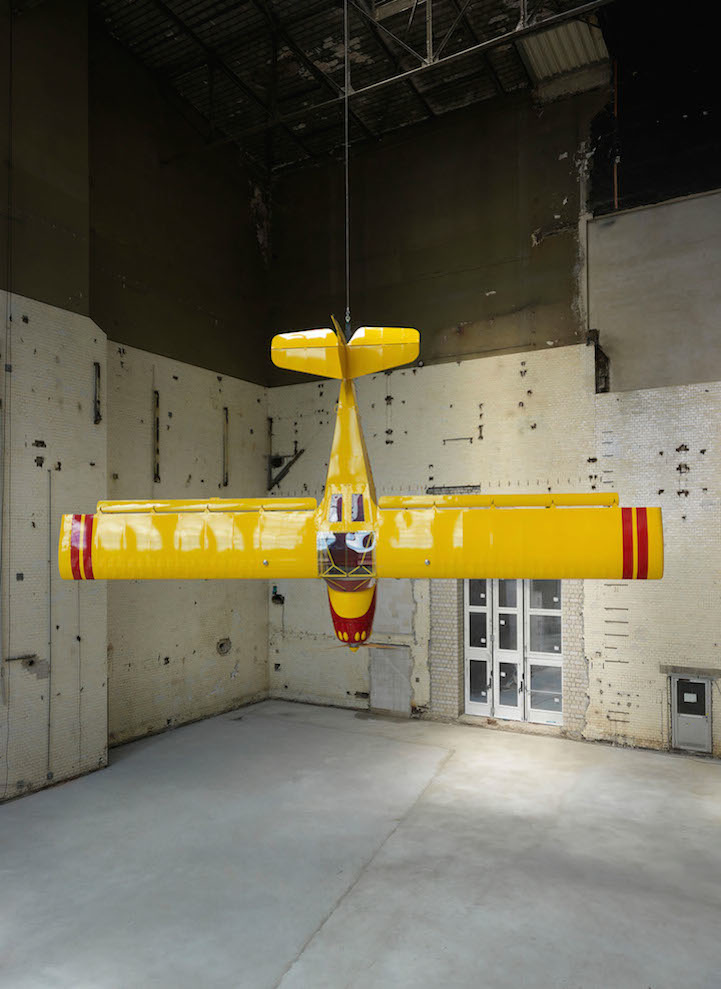 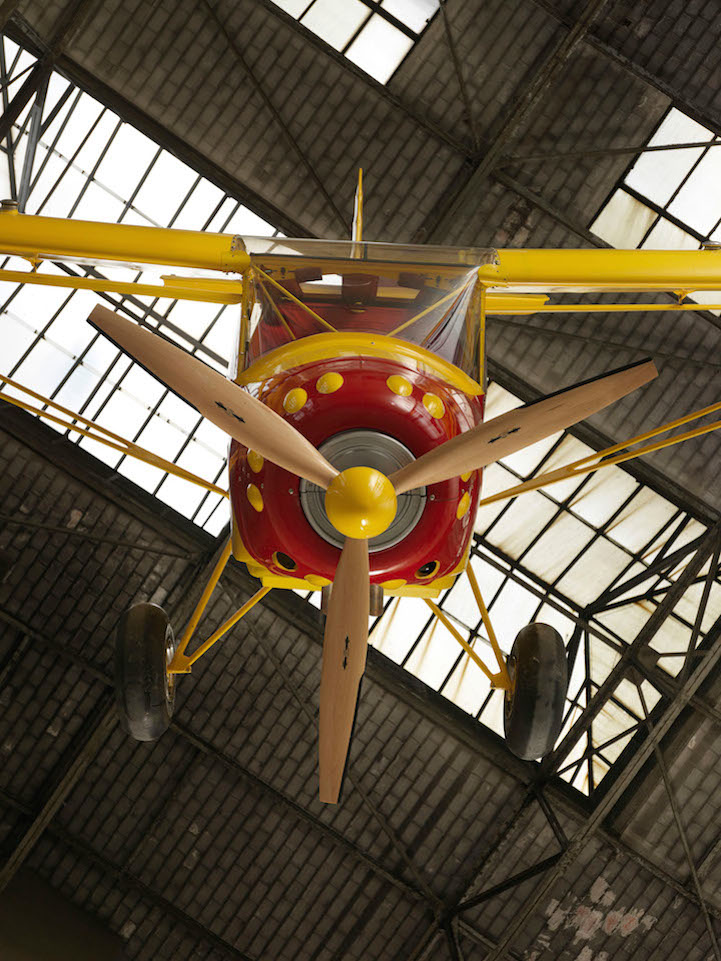 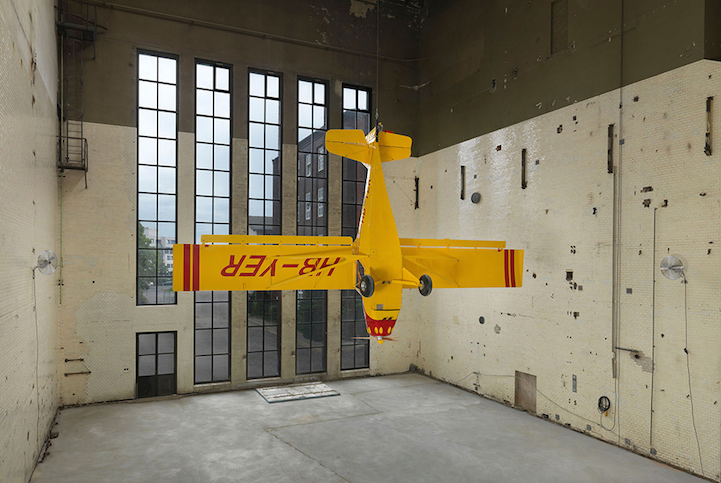