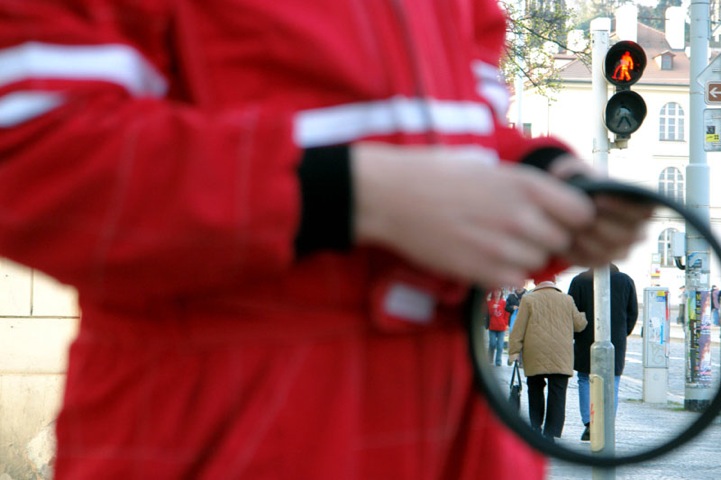 In Prague, forty-eight standard traffic lights were replaced with filters depicting the usual walking man engaging in other atypical activities, including urinating, defecating, drinking, and hanging himself. The man behind these street art delinquents and figurative social statements is Czech artist Roman Tc, who also happens to be a member of the guerrilla art group Ztohoven. The traffic light project, which appears to simply be known as Semafory, garnered attention from average passersby as well as the authorities.

While the general public was entertained, the government sought discipline and fined the artist, in addition to billing him for the repairs. Although Tc paid for the repairs to bring back the normal light fixtures, he was sentenced to 30 days in prison for not paying the additional fine. In an effort to save the artist from an impending jail sentence, groups of fans and supporters signed petitions and went around the city, paying homage to Tc's work, by eliminating the head form the walking man traffic lights. Unfortunately, their efforts didn't pay off and the artist served his jail time.

You can check out a video of Tc installing his traffic lights around Prague, below. 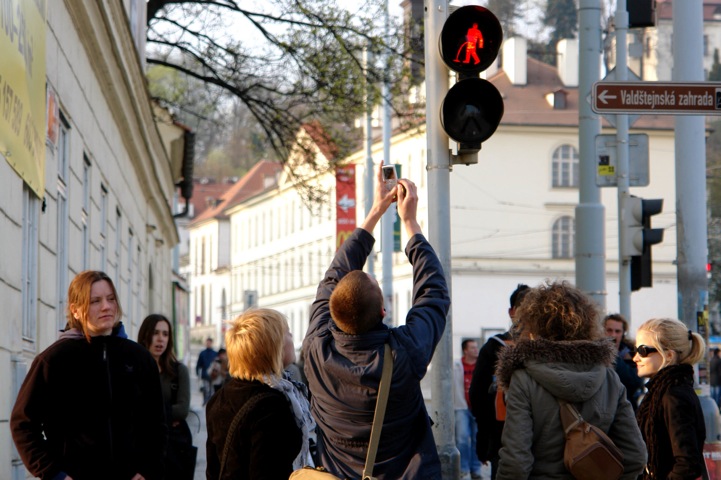 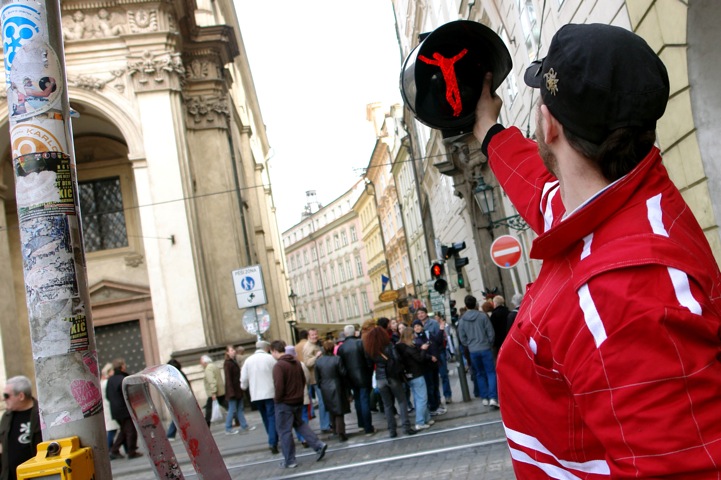 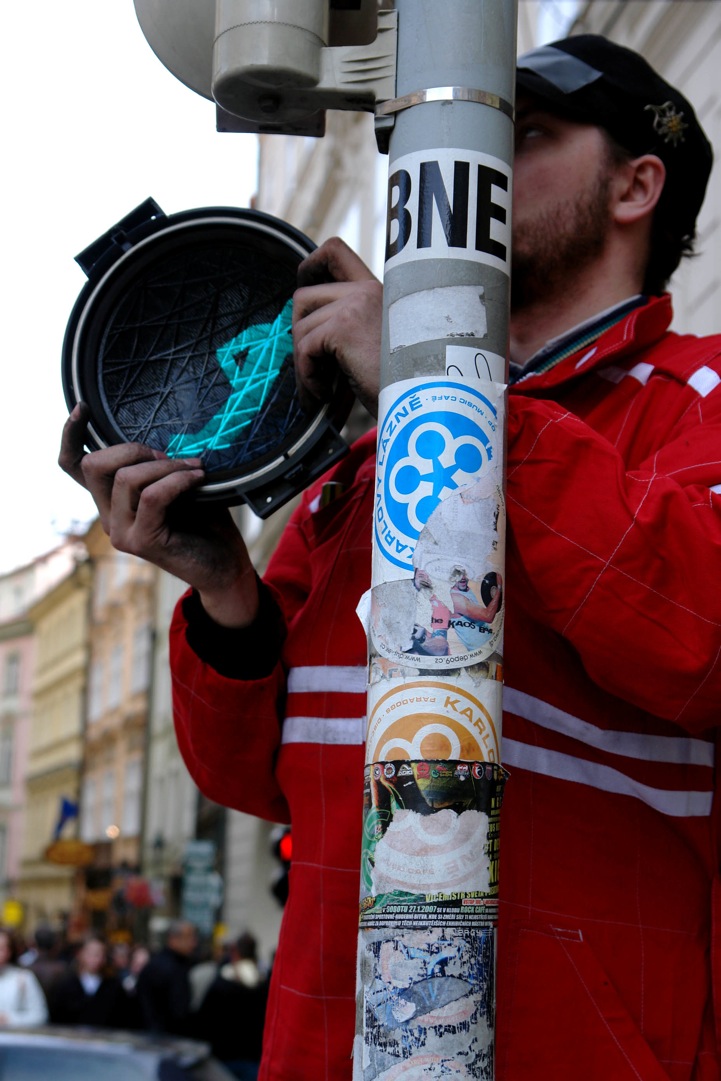 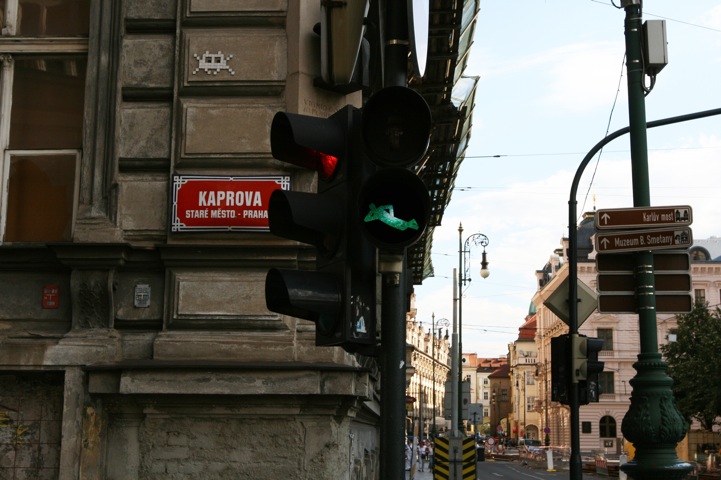 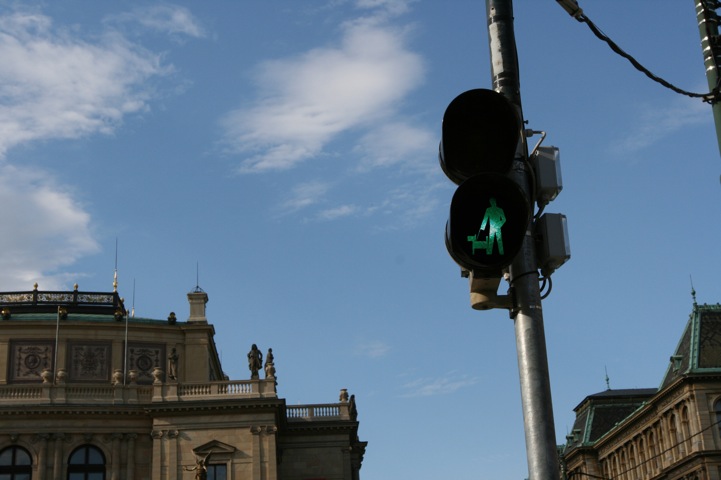 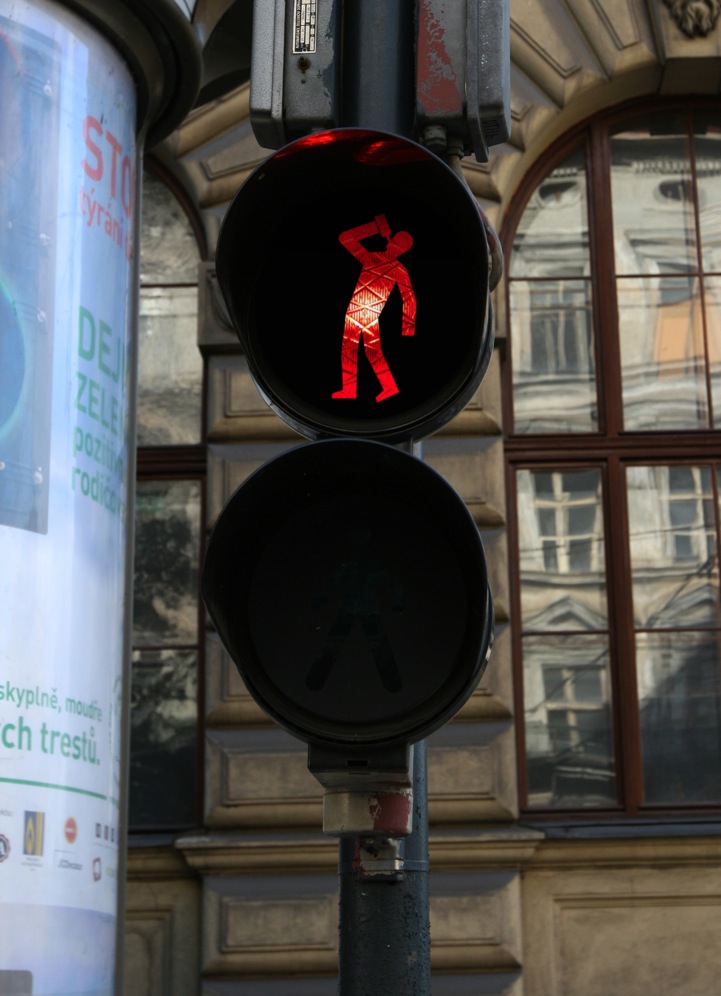 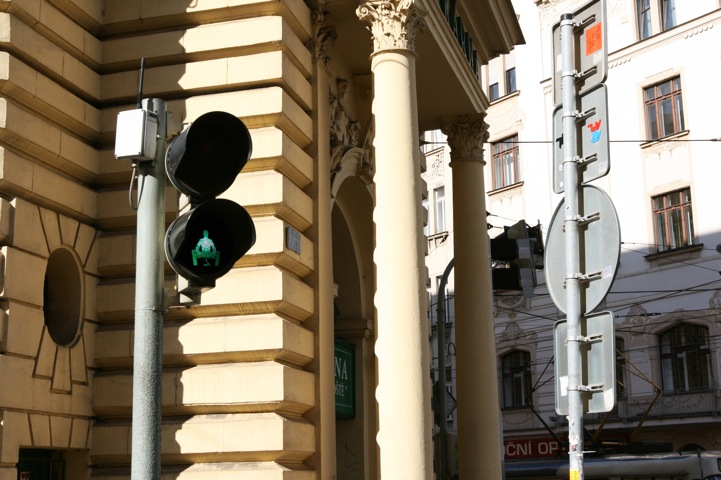 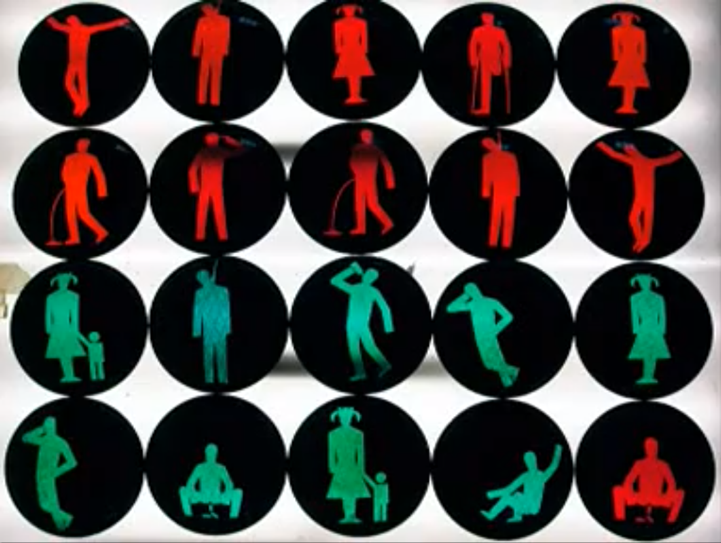 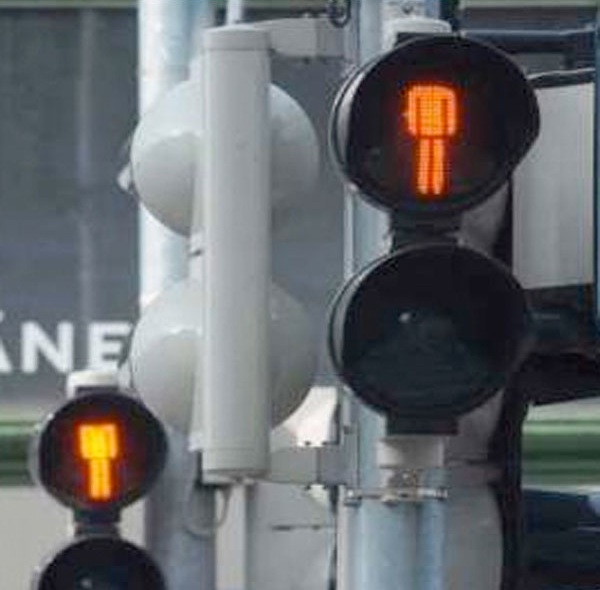