Historic Rotary Snowplow Cuts a Path in the Snow for Trains 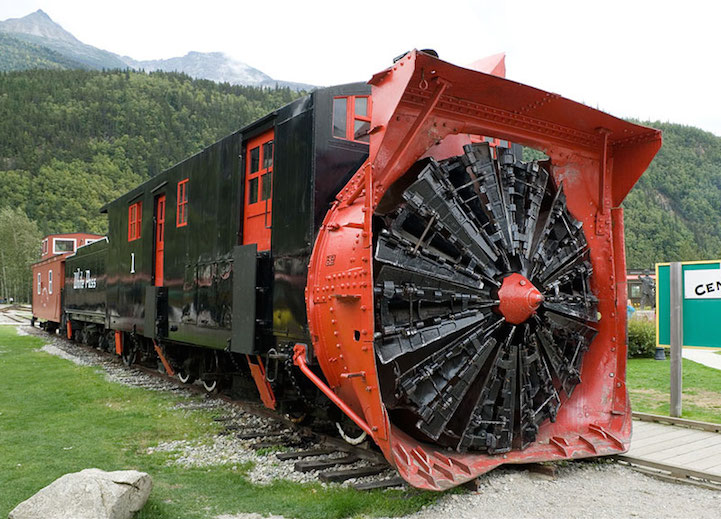 While it's still summer for many of us, we can't help but think about the upcoming cooler temperatures. This historic and impressive piece of machinery is the rotary snowplow, and it's used for clearing train tracks after a heavy snowfall. The large, circular set of blades on its front are rotated by an engine that's held within its frame. But although it contains an engine, the snowplow isn't a self-propelled vehicle. This means that one or more trains must follow behind to push it along the tracks as it cuts a path in the snow.

Canadian dentist J.W. Elliot originally designed the snowplow in 1869, but he never built a working model. His invention was later expanded upon by Orange Jull, who tested prototypes using sand, and eventually had a fully-functioning machine to use during the winter of 1883 and 1884.

Nowadays, most railroads have eliminated their rotaries due to the high maintenance cost. They prefer to use fixed-blade plows and bulldozers that are significantly cheaper to own and operate. Still, the rotary snowplow hasn't been forgotten. In 2001 it was inducted into the North America Railway Hall of Fame in the “Technical Innovations” category with “National” significance.

Above photo via Freekee on Wikimedia Commons 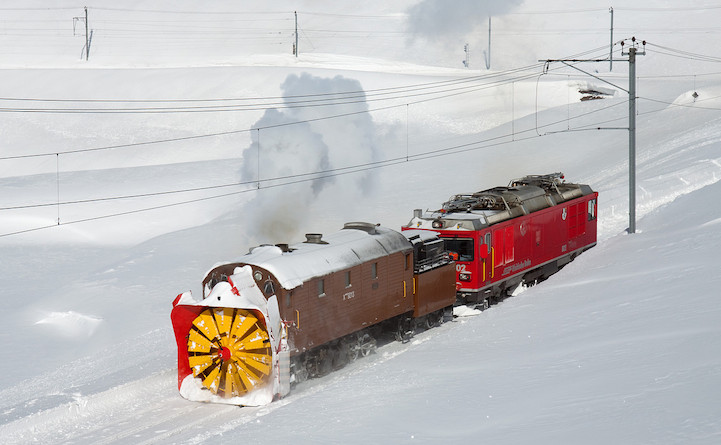 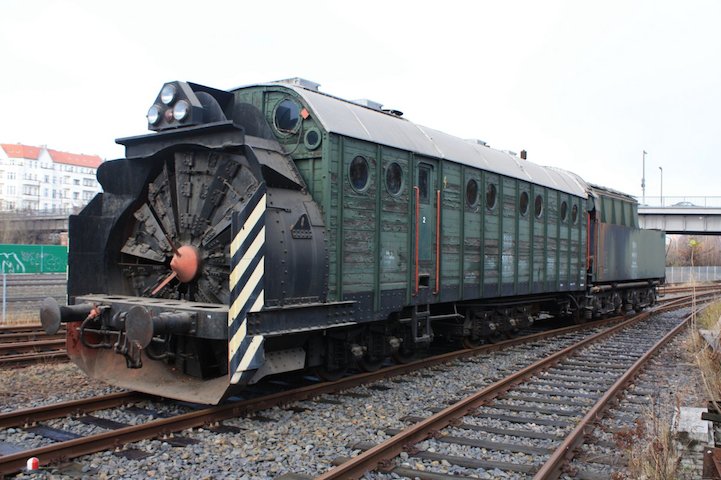 Photo via Totala on Wikimedia Commons 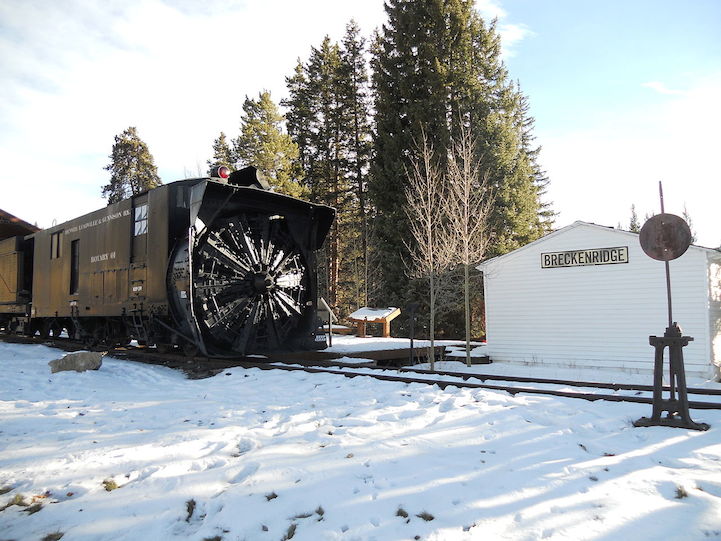